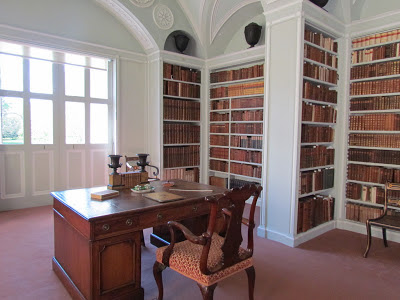 The library and book room at Wimpole is pretty impressive. At lots of the National Trust properties the libraries are quite dark and musty- not that I mind that- but at Wimpole it is unexpectedly light and airy. I could imagine reading there without suffering from eye strain. 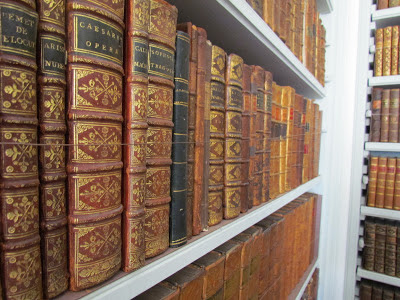 They are currently cleaning the Library and with over 10,000 books it's a massive task, it's going to take over two years! Each book is individually caressed with a brush made from pony hair to remove dust, it is done by volunteers with some guidance from experts. I was surprised to learn they handle the books with bare hands, but apparently cotton gloves are too rough and can scratch away miniature leather particles.
Some of the books will take even longer to restore, as nearly 259 of them were damaged by a leaking roof. They will be methodically washed, dried and repaired by experts to remove the mould and tide marks. It's going to take over 2 years and £300,000, luckily the cost is covered by an insurance claim. 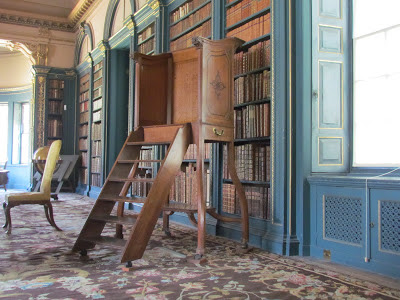 Aside from the Library, I also liked the House Keeper's Pantry. It had some pretty tea tins and huge metal containers for flour and coco. I particularly liked the look of The Doctors China Tea 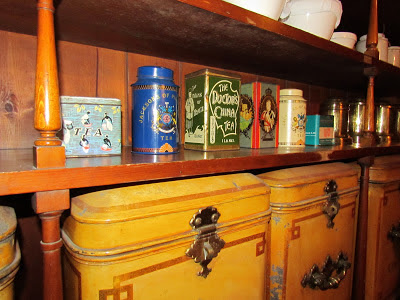 I also liked looking at the old suitcases and steamer trucks that still had stickers attached. 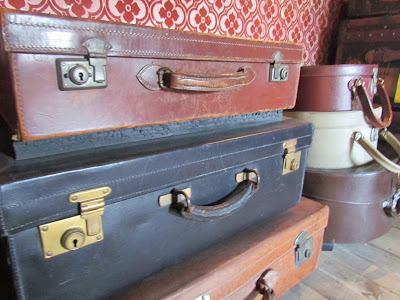 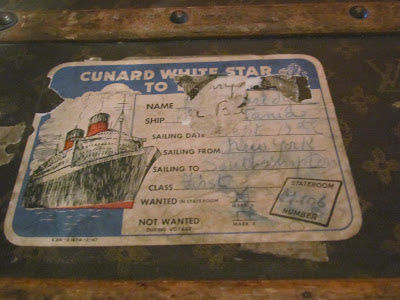 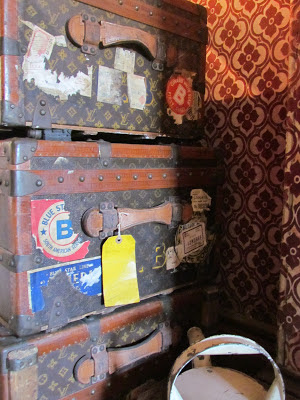 If you're in the area (around Cambridge) I'd recommend you have a stroll around Wimpole. I don't think you need to pay for some of the gardens and surrounding fields, so you could just pop over for a picnic and take in the idyllic countryside. The house is also worth a visit, it has one of the nicest libraries I've seen and I the conservation work they're doing at the moment is interesting.  The house also boasts a bathroom similar to how I imagine the Prefect bathroom in Harry Potter- it is enormous! There is a staircase leading into the tub, a huge metal pump and a wooden shower.
Email ThisBlogThis!Share to TwitterShare to FacebookShare to Pinterest
Labels: Beauty and the Beast, Book ladder, bookshelf, Library, National Trust, pantry, paper books, tea, tea tins, travel, vintage suitcase, visit, Wimpole