Whenever I visit a National Trust or an English Heritage property I'm always interested to see the kitchens and servants quarters, probably because in another life that would be my job, working as a maid in the big house (just like my Nana), so I was very intrigued by Longbourn - which retells Pride and Prejudice from the servants perceptive. 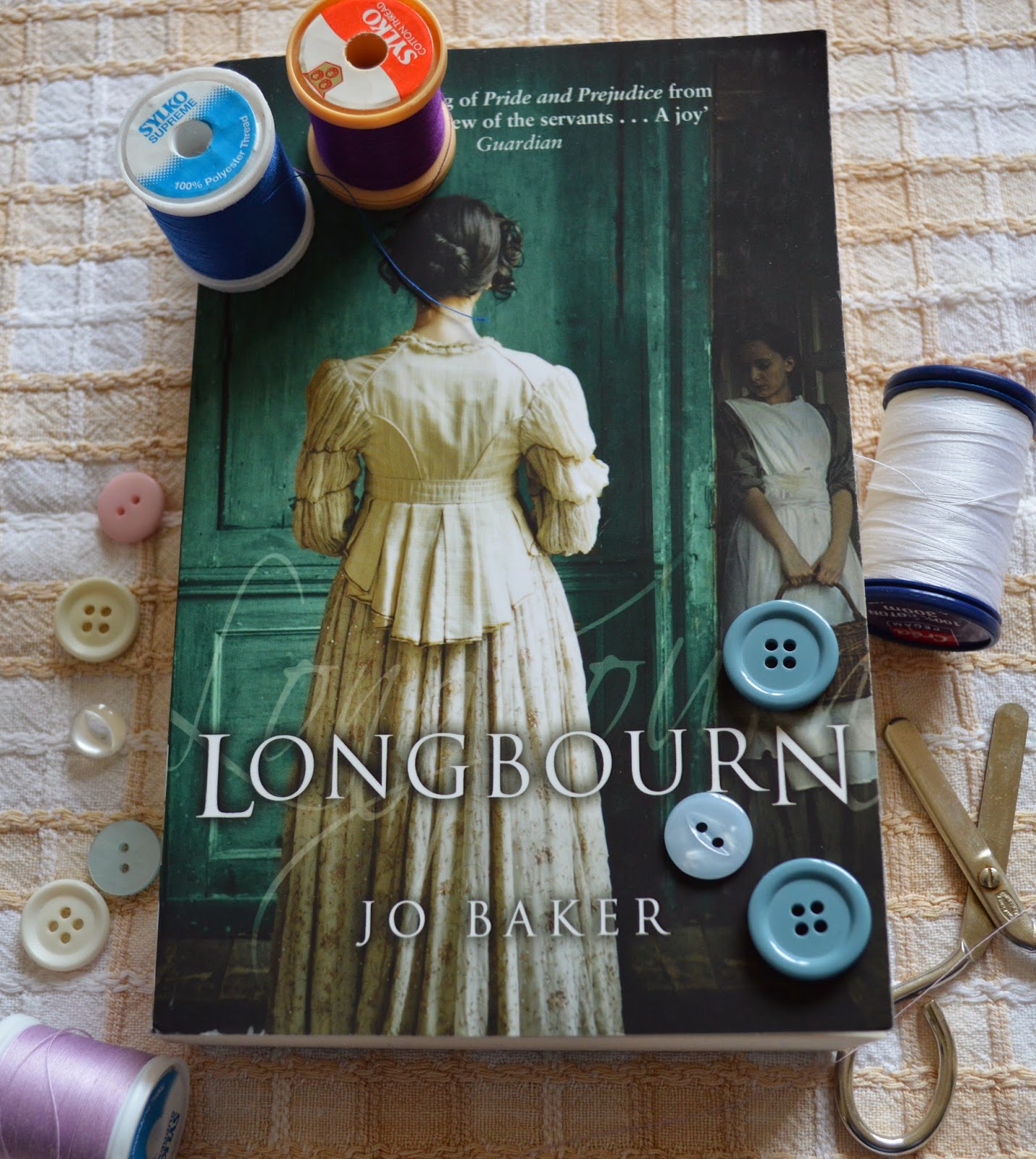 Pride and Prejudice has been rewritten a couple of times before (Pride and Prejudice and Zombies and Death Comes to Pemberley) but Jo Baker's novel really brings a fresh perspective to the story, and I think even enhances the original.

The Plot:  As vivacious and forthright as Elizabeth Bennett, but lacking the same opportunities and status, Sarah is a housemaid at Longbourn. With sore hands Sarah toils to make the Bennett family comfortable, but the daily grind is interrupted by two new footmen, both of whom have secrets and an interest in Sarah.

To avoid spoilers my opinion is under the jump:-

One plus in the favour of Longbourn is that Jo Baker doesn't attempt to imitate the writing style of Jane Austin, but instead writes with her own style. Her choice of language in non-flowery but still descriptive, every time Sarah's chapped hands are mentioned I winced.  The absence of superlative language suits the very practical nature which is Sarah's world.

Sarah and the rest of the household servants are vividly created characters, this novel could be read even if your unfamiliar with Pride and Prejudice, but the real pleasure comes from spotting the parallels between the novels and seeing how Jo Baker buts a new spin of the story. For example in Pride and Prejudice when Elizabeth goes marching off to Netherfield to see her sick sister, it demonstrates her spiritedness and compassion. However, the same incident in Longbourn is seen as inconsiderate, the walk across the field to Netherfield results in a muddy hem and an extra chore for the already overworked Sarah.

Sarah's love interests are more appealing to me than then standoffish, snobbish Mr Darcy. James, the new footman at Longbourn, is sensitive and thoughtful and Ptolemy, manservant at Netherfield, can offer Sarah excitement and subversion. 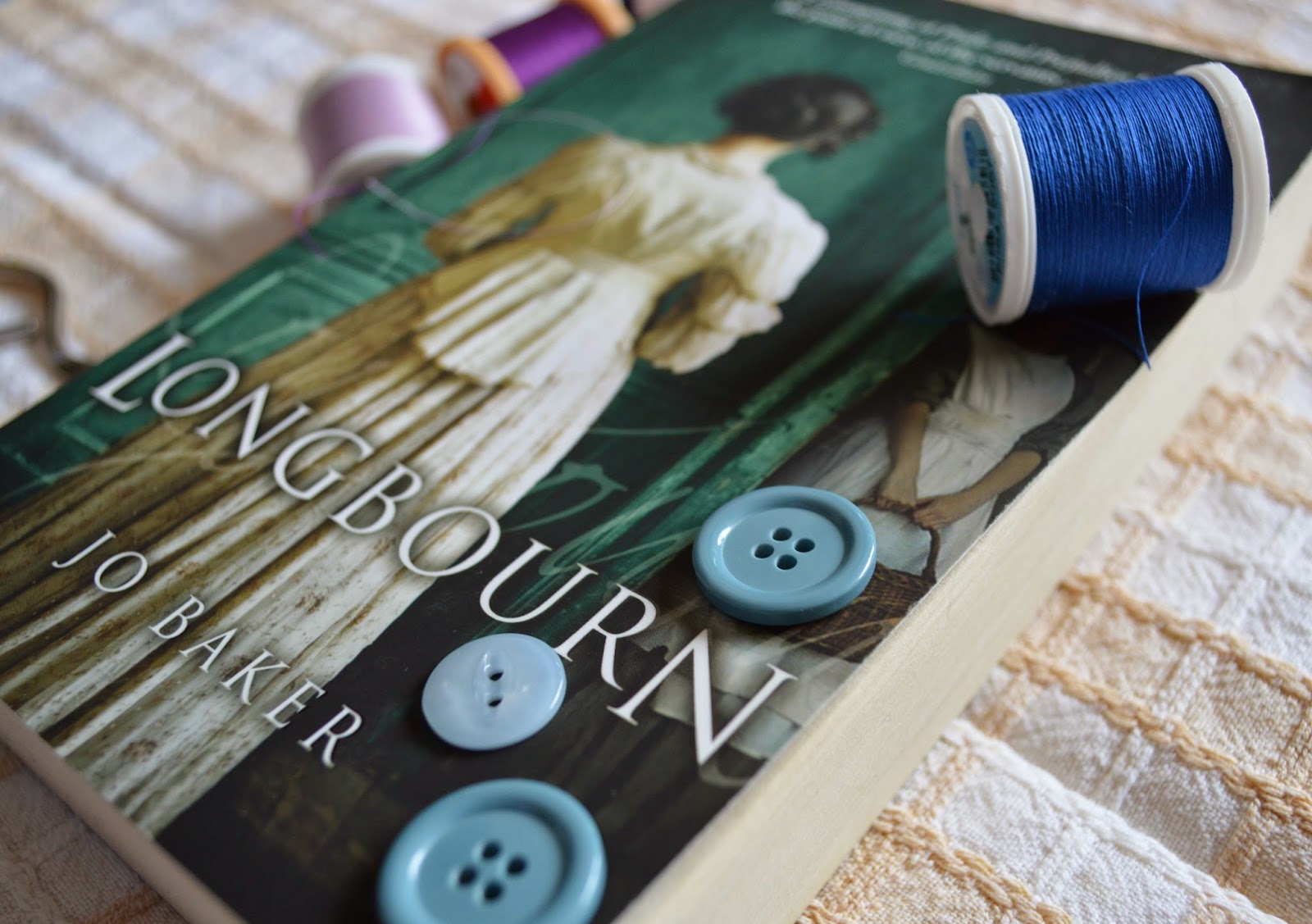 Longbourn also adds to the original characters from Pride and Prejudice. Wickham is even more evil, he tries to seduce the 12 year old maidservant, Poppy. The Bingley family's reputation is also tainted, as in Longbourn, they are revealed to have made their money in slavery and sugar plantations. Some readers may dislike these additions, but I thought they gave added realism to the novel. Jane Austin skirts over the unpleasantness of  19th Century gentry life, but Longbourn confronts them; from issues such as slavery and warfare, to the realities of domestic service -emptying chamberpots and washing sanitary napkins.

I'd recommend Longbourn to fans of Jane Austin who want the story to expanded upon and further contextualised and also to people with an interest in life below stairs or historical fiction.
Email ThisBlogThis!Share to TwitterShare to FacebookShare to Pinterest
Labels: book review, English Literature, Jo Baker, literature, Longbourn, Pride and Prejudice, review, rewrite, servant