Madeline Miller- The Song of Achilles


Madeline Miller offers a fresh perspective on Homer’s epic poem, The Iliad, by refocusing the story on love and friendship, rather than war. In a time when gods intervene with mortals’ lives, and heroes cement their legends on the battlefield, The Song of Achilles is a captivating story about the enduring love of Achilles and Patroclus. If you haven’t read this book, you really should.

The Plot: Exiled as a child Patroclus is sent to the court of King Peleus. There he is befriended by Peleus’ son, the demigod Achilles.  Whilst been trained in the arts of war and medicine, the companionship between Patroclus and Achilles grows into a touching, romantic relationship. However, their happiness is soon threatened by the outbreak of the Trojan War. Destined to be Aristos Achaion (best of the Greeks), Achilles is compelled to join the fight and secure his place in history. 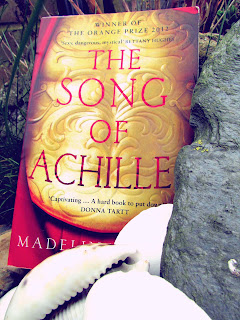 I’ve always found mythology fascinating, so The Song of Achilles was right up my street. It was also the winner of The Orange Prize in 2012 which is usually a reliable indication of a good read. If you’re thinking of reading Homer’s classics this book is a really good introduction to the epic. Miller really humanises Achilles, he is not simply a ruthless warrior, but is also loyal, compassionate and tender.

Patroclus and Achilles’ relationship is told in a beautiful and moving way, and I’ll admit this book had me in tears a few times.  It is really refreshing to read a well received, bestselling novel that has a complex, caring homosexual relationship at its centre.

The Song of Achilles also explores themes of honour, destiny and legacy.  Achilles has to make hard decisions about what he is willing to sacrifice to become a hero, and Patroclus has to compromise his moral code to protect Achilles. I found these dilemmas fascinating, and I really empathised  with both characters’ pain.

Milller doesn’t flinch from portraying the violence of war. Achilles can be brutal and cold. His treatment of Briseis, a slave girl, is heartless. His main concern is to avenge a slight on his honour, rather than her wellbeing when she is threatened with rape. He is certainly not a modern hero, in the sense that he is not a defender of the weak. His heroic status is a result of his ability to kill efficiently and leave vast numbers dead

Aside from Patroclus and Achillies’, Thetis, Achillies’ mother is a central character. Her ruthless ambition is fascinating; she is the ultimate pushy mother.  She is a sea nymph, and her divinity is a compelling part of her character. As a low rung on the hierarchy of the gods, she is determined for her son to become a legend, so she can live in his reflected glory.

I really really loved this book, it is just so emotionally moving. Truly a joy to read, I looked forward to reading it, and happily went sailing past my tube stop as I was so engrossed.  I haven’t felt such a strong emotional attachment to characters for a while. Also it’s my mum’s favourite book.