I enjoyed the beginning of The Winter Palace, but I think it could had done with some rigorous editing, as my enthusiasm for the novel waned towards the middle.

The Plot: When Vavara becomes an orphan she is taken in as a ward of the Russian imperial court. To survive she must make herself invaluable to the fickle, vain and promiscuous Empress, Elizabeth Petrovna. Vavara becomes a 'tongue', taught by the slippery chancellor, she learns the arts of subterfuge. She reports gossip and plots to Elizabeth and gains her favour  Her loyalties are however tested, when she befriends Princess Sophie. Sophie is newly arrived at court, shy and vulnerable, but she will later be known to history as Catherine the Great. 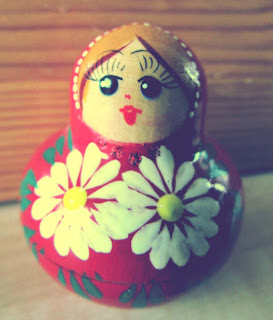 First of things I liked about the novel- Stachniak really gives insight into the opulence and drama of the Russian court. Empress Elizabeth is a complex character, she is incredibly selfish and is primarily concerned with her own pleasures, both sexual and material, but is also surprisingly maternal towards her heirs. Elizabeth was obviously a strong woman, she lead a coup against her preprocessor and ruled over a vast county for 21 years. No doubt she had to be a bit of a bitch to accomplish this.

Compared to Elizabeth, Catherine the Great comes across in the novel as being bland and weak. Though I'm sure as readers we are meant to feel sympathy for her, and it is true she was treated badly by Elizabeth. I also found Varara's personal life uninteresting. I liked the start, when the novel talked about her spy training, and thought the author should have gone into more depth about this.

The major flaw of The Winter Palace was the plot pacing. There seemed to be lots of pointless padding in the middle and then the ending seemed rushed.

I would class this novel as average, it's not the best I've ever read and not the worst. It has defiantly sparked an interest, and I'm keen to read more about the era, Elizabeth Petrovna and Catherine the Great. Has anyone got any recommendations? If you enjoy historical fiction, you might want to give this one a go.
Email ThisBlogThis!Share to TwitterShare to FacebookShare to Pinterest
Labels: currently reading, Eva Stachniak, historical fiction, review, Russia, Russian dolls, The Winter Palace