William Morris' influence can be seen throughout the interior of Red House, flowery wallpaper, huge settles done in a medieval style, and murals painted by his artist friends Dante Gabriel Rossetti and Lizzie Siddal.


The house has only been owned by the National Trust for 10 years, so it still quiet sparse. They are still in the process of refurnishing the house as it was in Morris' day, and still uncovering original features hidden under layers of paint.

For more pictures of the inside of the Red House have a look under the jump:-


You can go round the house by yourself after lunch, but I think it's advisable to go on the free tours in the morning to get the most out of the house.

Our tour guide had the demeanour of a strict schoolmarm, so there wasn't much opportunity to loiter and take pictures. She was very knowledgeable though and gave a good introduction to the history and features of the house. This celling was created by using a mould to puncture holes into the surface then painting them sort of like a dot-to-dot. It's a technique that has been used since the medieval era to create repeating pattens over a large area. 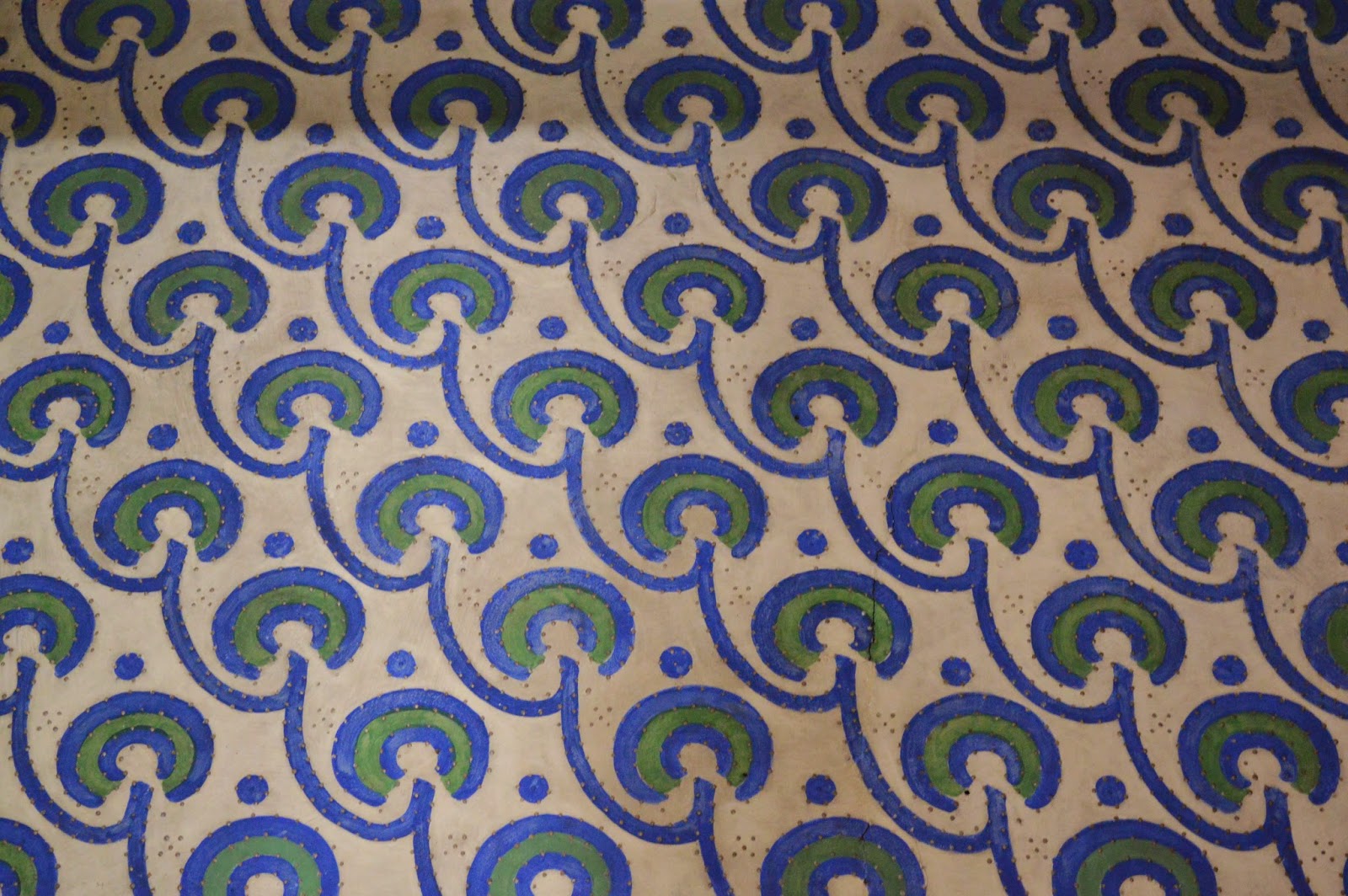 This hand-carved wooden block was used to create the iconic William Morris flower wallpaper. It's kept in the studio of the house, which was my favourite room, so full of light. If I owned the house I'd probably turn it into a library. 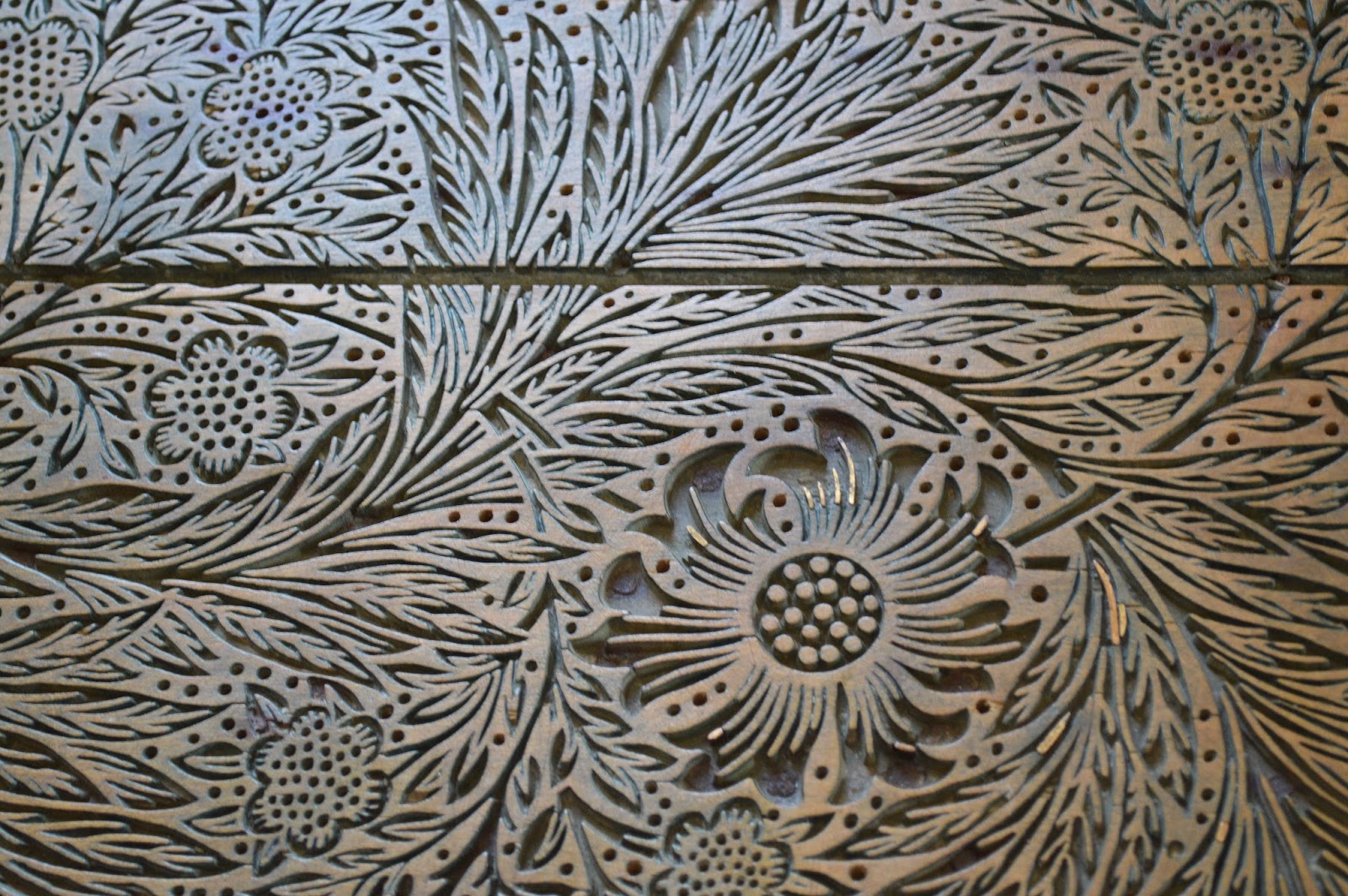 William Morris and his family only lived in the house for a year, so many of the rooms were not fully decorated and some of the murals are only have complete. The one below is painted in the drawing room. The custodians of the house are hoping that there will be more of the painting hiding behind bookshelves and white paint, but it is a slow and expensive process to investigate it. 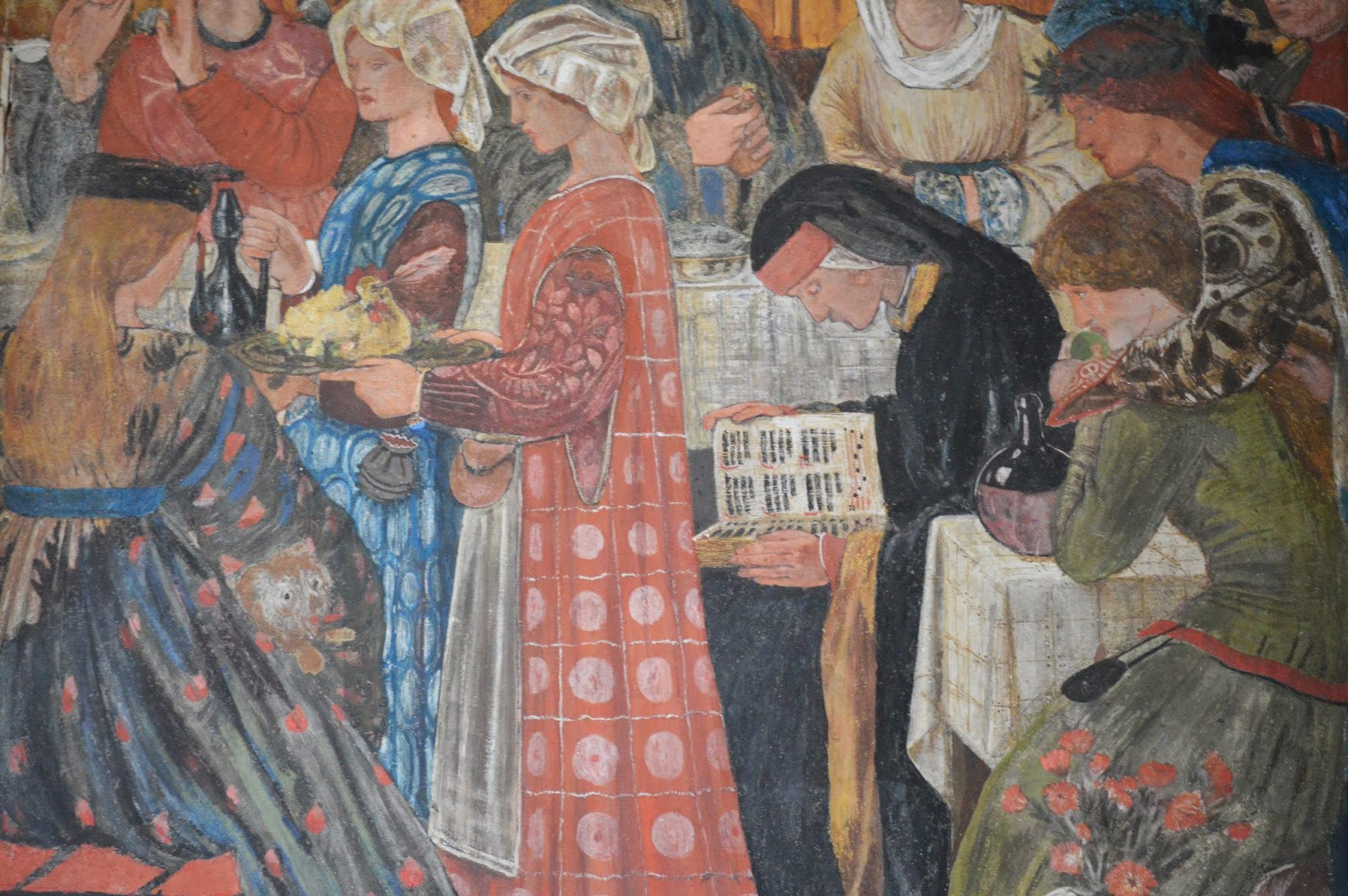 My favourite feature of the Red House was the stained glass, the front door has four panels in it representing the seasons, this one depicts Spring. This window in the hallway shows the central figure of Love bordered by birds in flight and flowers. 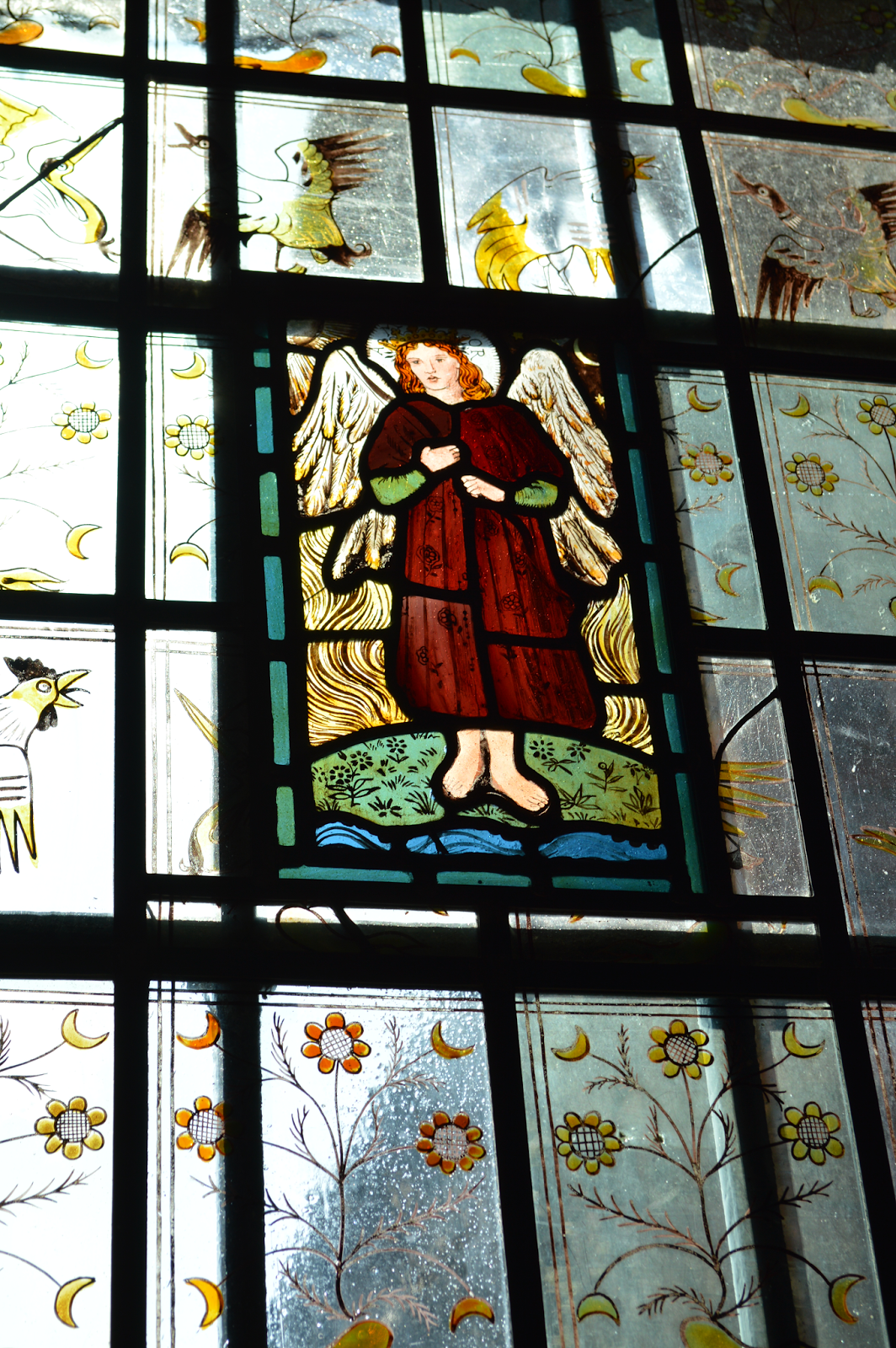 Full details of visiting Red House can be found on the National Trust website. Tours take about 45 minutes, and wandering around the outsite takes about 20, so if you're travelling from a distance recommend combing your visit with another site. We went to nearby Ightham Mote as well, pictures to follow shortly.

I has a quick scoot around the second-hand bookshop at Red House (well it's not really a shop- it's a solitary bookshelf) and got myself a complete bargain.... 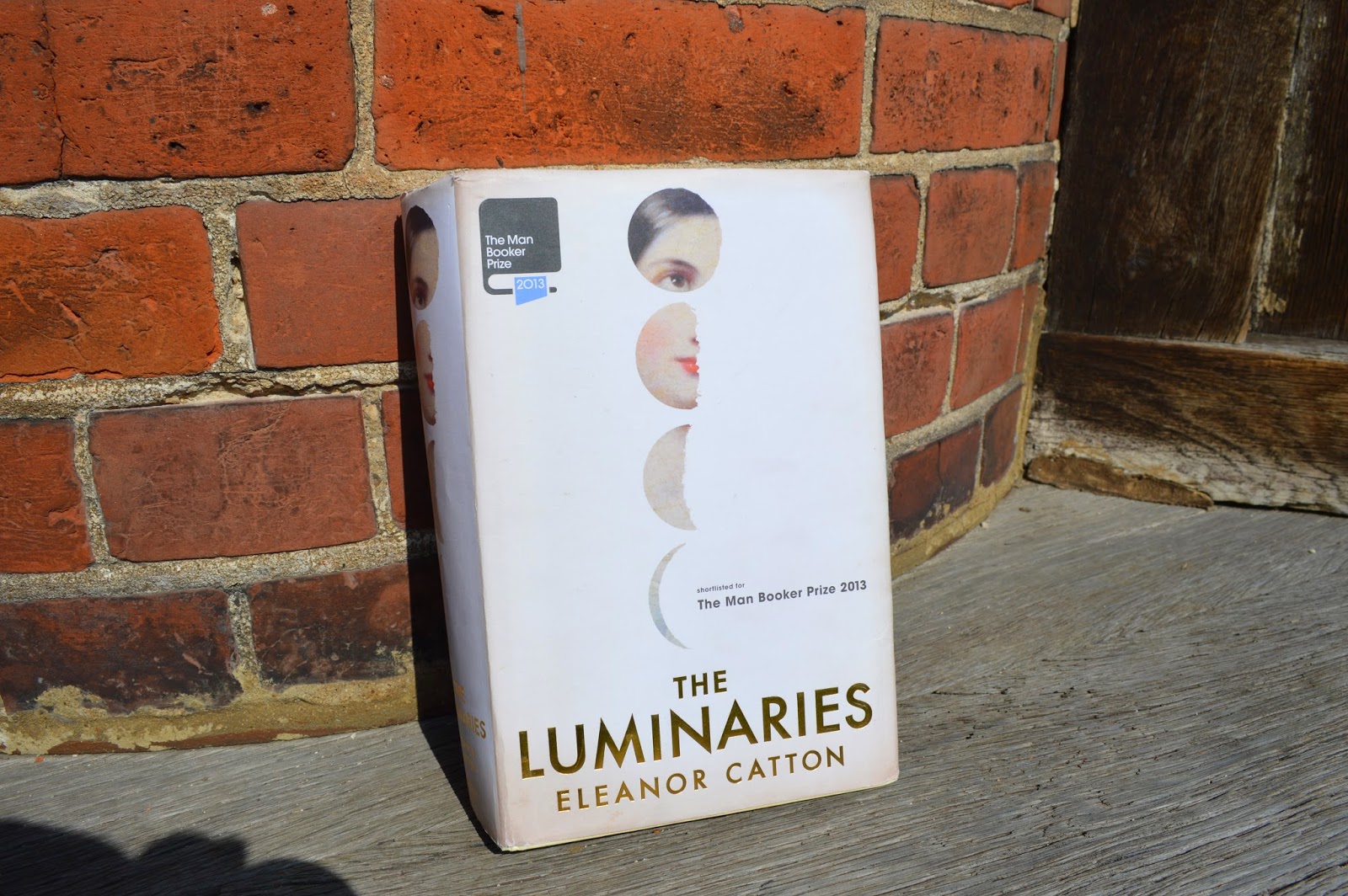 .... hardback of The Luminaries for a grand total of 50p! Couldn't believe the price, originally cost £18.99,  I was so chuffed I getting repeating the price to myself.
Email ThisBlogThis!Share to TwitterShare to FacebookShare to Pinterest
Labels: arts and crafts movement, Bexleyheath, Dante Gabriel Rossetti, Elizabeth Siddal, National Trust, photo, photography, Pre-Raphaelite Brother, Red House, visit, William Morris