Slumdog Millionaire is one of my favourite films, it make me ball my eyes out but I also find it uplifting. So I thought it about time that I read Q&A the book is is based on. 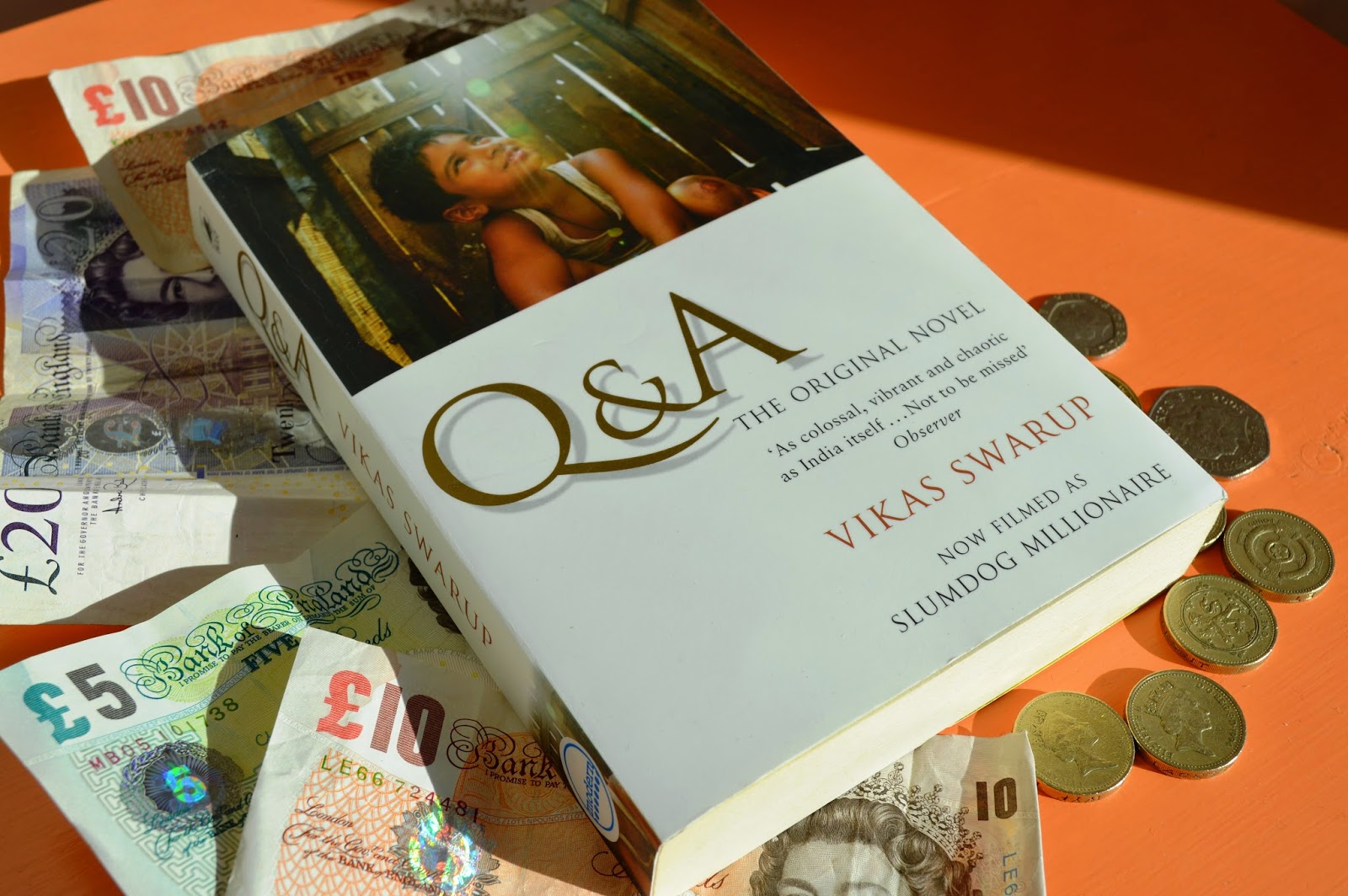 The Plot: Ram Mohammad Thomas, a young man with a rough start in life wins the jackpot on the Indian version of the television show Who Wants to be a Millionaire? He is arrested and accused of cheating. With his lawyer, Ram recounts his life-story and the amazing coincidences that enabled him to answer the questions correctly.

I really wanted to like this, but I think my perception was coloured as I couldn't help compare it to the film, and Q&A fell short.

There are parts of it I enjoyed, I think the formula is clever, how Ram's history story gradually unfolds in a non-liner way, connected by the quiz show questions. There is a chapter per question, and when each one began I started to guess which event would help Ram give the correct answer.

One area that I preferred in the book to the film was the shades of grey in Ram's personality. Jamal (the Ram character in the film) is noble, self-sacrificing and undoubtedly good. Ram is more complex, his intentions are righteous but his actions could be considered unethical. He is a murder, but killed to defend himself or to protect others. I think Swarup could have gone further with this, the feelings and motivation of Ram was not expanded upon enough, and further work could have been done on Ram's characterisation. 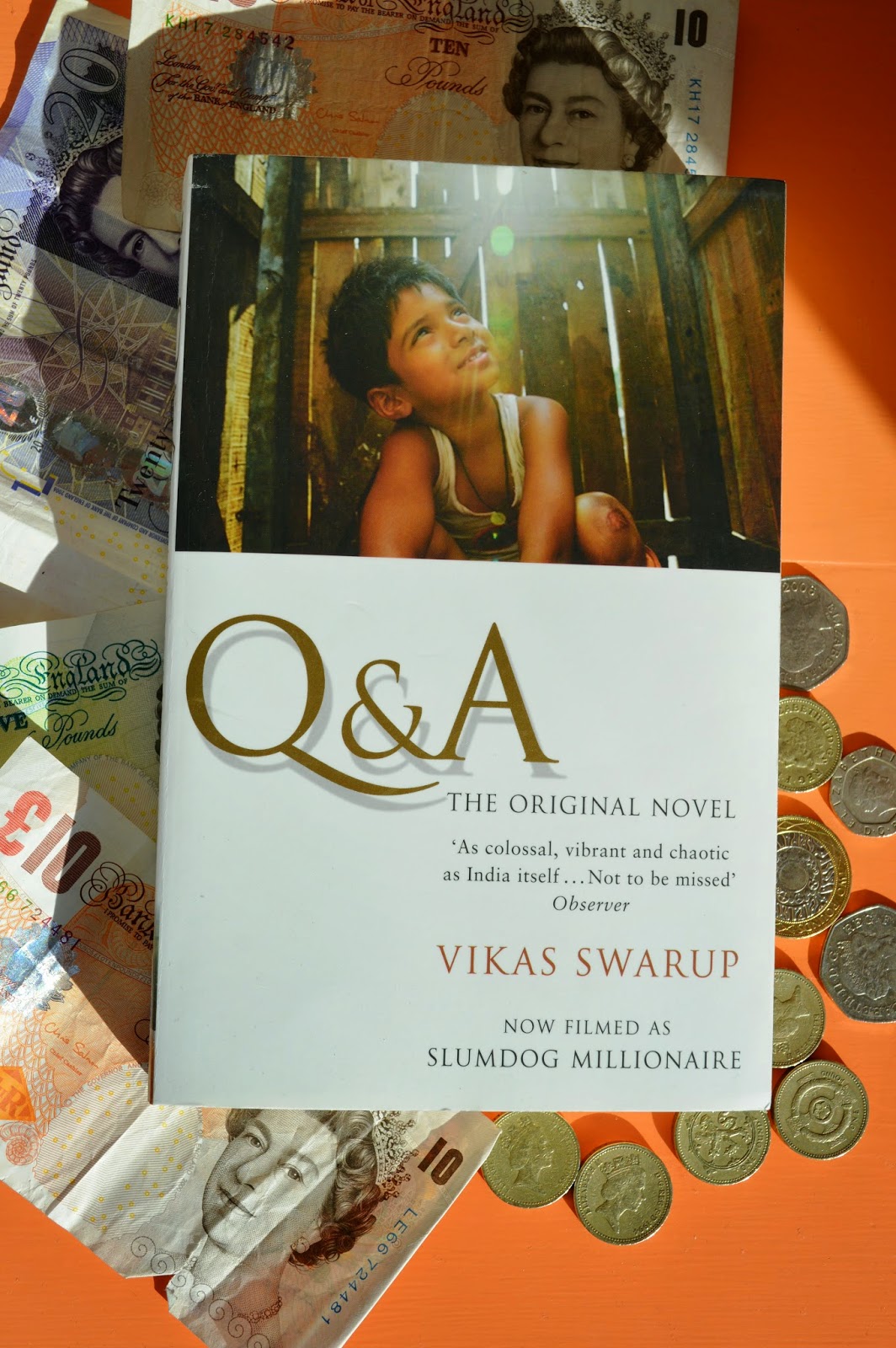 One of the  main aspects I missed from the film was the love story. Jamel's devotion to Latika in the film is just lovely, and delivers a powerful, happy ending. Though Ram does marry in the end, his relationship is not as key to the novel. It also felt a bit off to me, Ram's love interest is a prostitute, and though it is commendable that he marries a women who is viewed by many to be 'unclean', his own interaction with her is verging on unethical. I wondered how much she returned his affections, after all he started out as a client, and I feel she married him out of a desire to change her circumstances and escape from her pimp rather than genuine affection for Ram.

There was also some very dull parts to the book, a long chapter about a cricket match springs immediately to mind. Though I don't have an interest in sport, I think a more accomplished writer could possibly engage me. Obviously, I was reading this in translation, but I felt that Swarup had some good ideas, but was let down by the delivery.

The character of Salim was also disappointing in Q&A. In the film the relationship between Salim and Jamel was fantastic, tense and complex. In Q&A Salim is a background character and the connection between him and Ram isn't is as developed and interesting.

I'm glad I read Q&A, as it was good to seem how it differed from the film and to see what inspired Slumdog Millionaire. However, unlike Slumdog  which I could watch again and again, I won't be giving this a re-read.
Email ThisBlogThis!Share to TwitterShare to FacebookShare to Pinterest
Labels: book review, fiction, film adaptation, India, literature, Q&A, review, Slumdog Millionaire, Vikas Swarup, Who Wants to be a Millionaire