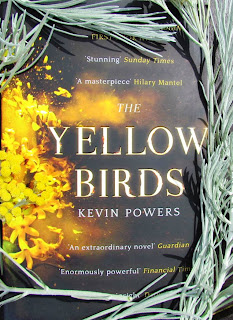 My sister came over last weekend and gave me my birthday pressie, which included The Yellow Birds,. To begin with I wasn't sure it was going to be my thing, I thought it was some macho war story, but my sis delivered- this is a sensitive and moving account of soldier's psyche.

The plot:  Private Bartle, 21 years old and a veteran of the occupation of Iraq is haunted by his experiences and a promise he made to his comrade's mother. Written by a former U.S solider, the novel attempts to answer the question 'what was it like over there?' 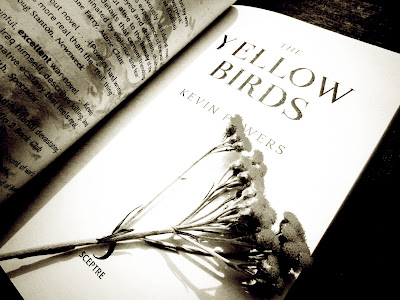 The Yellow Birds is an impressive debut, I have no experience of combat at all, but the novel seems authentic. It is a brutal, gritty and sometimes difficult read. It doesn't shy away from the realities of war, the soldiers are flawed, they are scared and commit atrocities, but also have redeemable qualities such as loyalty and fraternity.

Compartmentalisation is a key theme in the book. The narrator makes every effort to mentally detach himself from his actions. However, the trauma of war infects his entire perceptive, his entire environment his stained with memories, grubby metaphors describe his surroundings, ' Clouds spread out over the Atlantic like soiled linens on an unmade bed'.

My reaction to the protagonist was contradictory, I felt empathy, but also angry and disgusted by his deplorable behaviour.

The Yellow Birds has the potential to be a seminal novel of the Iraq war. I'd recommend it is you enjoy All Quite on the Western Front and Birdsong. 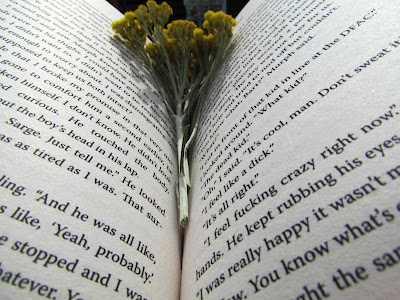