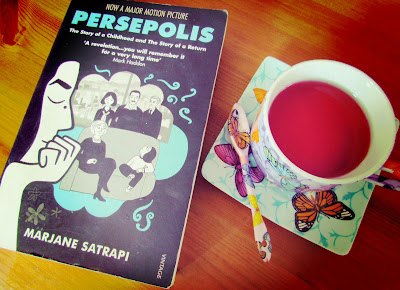 Marjane Satrapi's autobiographical graphic novel has been on my reading list for a while, ever since I saw the animated film of the same name.

The plot: A coming of age story set in Iran during the Islamic revolution of 1979. Marji is a rebellious child, outspoken and with a strong sense of justice, she resents the restrictions imposed on her life by the new government. Worried, her parents send her to Vienna to be educated. However, this move brings its own trials due to a unfamiliar culture and inhospitable people. 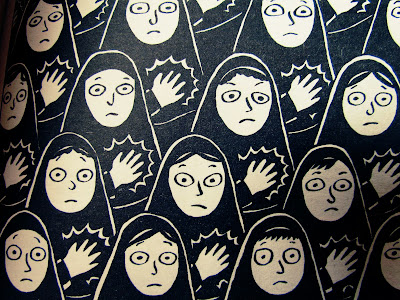 The images of this graphic novel are deceptively simple, but they mange to covey some massive ideas; war, revolution, religion, idealism and politics. Persepolis introduced me to the history of Iran and the 1979 revolution, but more importantly it gave me an insight into how normal people are affected by the regime. Iran is periodically mentioned in the news, so it is important to have some sort of understanding about the country.

Marji as a character is very likeable and it is lovely to see how she progresses through the novel. She made me appreciate how hard it must be to grow up and discover who you are, when so much life and freedom is dictated by the state. Marji's time in Vienna and her return to Iran are very difficult, personal struggles about identity, loneliness and love are honestly and heartrendingly told.