After getting all empowered at WOW I started to think about awesome and inspiring women in literature, and have put together a small, (but by no means definitive) list of heroines;- 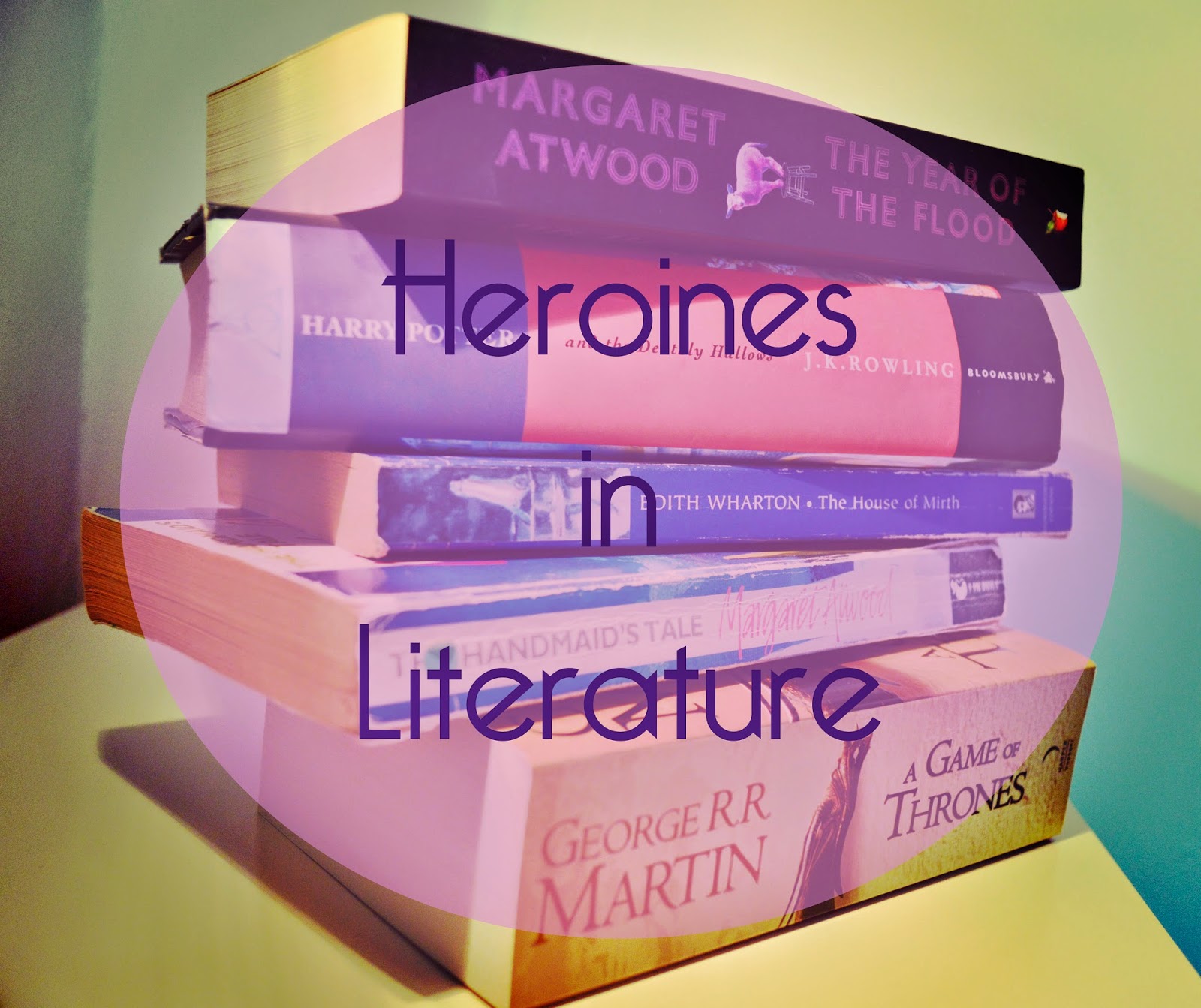 In no particular order:-

1. Offred, The Handmaids Tale, Margaret Atwood
The narrator of this dystopian tale makes this list because of her adaptability. She has the determination to survive an oppressive patriarchal society, valued only for her ovaries, Offred retains her wit and intelligence. She has the courage to bear witness and rebel by hanging on to her personhood

2. Brianne of Tarth, A Song of Ice and Fire, George R.R. Martin
There are many great women in George R.R Martin's fantasy series it was hard to pick. Brianne is undoubtedly heroic, and stays true to her chivalric code. A true knight. She is brave, loyally and has strong convictions. Constantly ridiculed for her looks, she proves that women are not their to be ornamental, but their worth should be measured by their character and actions.

3. Janie Crawford, Their Eyes Were Watching God, Zora N. Hurston
Born poor, female and Black, Janie has the odds stacked against her. She faces many trials, unhappy marriages, domestic violence, a hurricane and a rabid dog and she meets these challenges with great resilience.  Janie is not broken by her experiences, she remains a romantic willing to defy her community for love.

4. Hermione Granger, Harry Potter, J. K Rowling
I don't think anyone of my generation could write a list like this at not include Hermione. Fiercely intelligent, fiercely loyal and fiercely moral. Hermione gives inspiration to all bookish girls who have ever been accused of being bossy know-it-alls. Constantly saving the boys arses, the world couldn't have been saved with out her skills.

5. Lily Bart, House of Mirth, Edith Wharton
Move over Elizabeth Bennett, the real heroine of genteel society is Lily Bart. Preyed upon by men who want to take advantage of her lack of connections and relative poverty, Lily refuses to compromise herself and keeps her integrity although she is slandered by society. Though the novel ends in tragedy, Lily shows she has far more class that many of the other members of high society.