C J Sansom's Tudor mystery series always end up on the best sellers list when they come. They are both popular, and well received by critiques and he is highly regarded as an author of historical fiction. Can't help but think he gets more respect that authors of the genre as he as in man in a category dominated by women... but that's a whole other argument and this is meant to be a review post.


The Plot:   The sixth book in the series, Matthew Shardlake lawyer/investigator returns to unravel plots and intrigues of the Tudor royal court. Henry VIII is dying, and is concerned about his legacy, and religious tensions threaten civil harmony. Catholics, Reformers, Anabaptist and Lollards are all Christians, but their differences regarding the holy communion are leading to unrest, charges of heresy and murder. Catherine Parr, the wife of the king, has had a potential inflammatory and heretical memoir stolen, Lamentations of a Sinner, so she calls on her long-term friend Shardlake to retrieve it, before it is made public.


Firstly, if you haven't read the other novels in this series I suggest you do. Lamentation isn't really a standalone novel. Returning characters have been developed over the previous 5 books, so minimum time is spent on characterisation. It is also helpful to understand the history between the characters,  as this will explain Shardlake's reluctance to involve himself in the case, and also his loyalty or animosity towards other key players.

So, if you have read the others in the Shardlake series, you'll know what to expect with this one- more of the same! In the best of ways though, why change a winning formula?

Sansom is really good at opening up the nitty gritty of the Tudor court. Until I read Sovereign (book 3) I couldn't fully imagine the practicalities of a royal progress, and the huge logistical undertaking it must have been. Before reading Lamentation I struggled with the distinction between all the Christian sects, but this novel has really helped me remember. I don't need my historical fiction to be 100% accurate, but it's always a bonus when you learn something. Plus this period of history was fascinating, in an era of tension, paranoia and suspicion, the rather mundane event of a stolen book manages to create a well plotted and absorbing mystery. 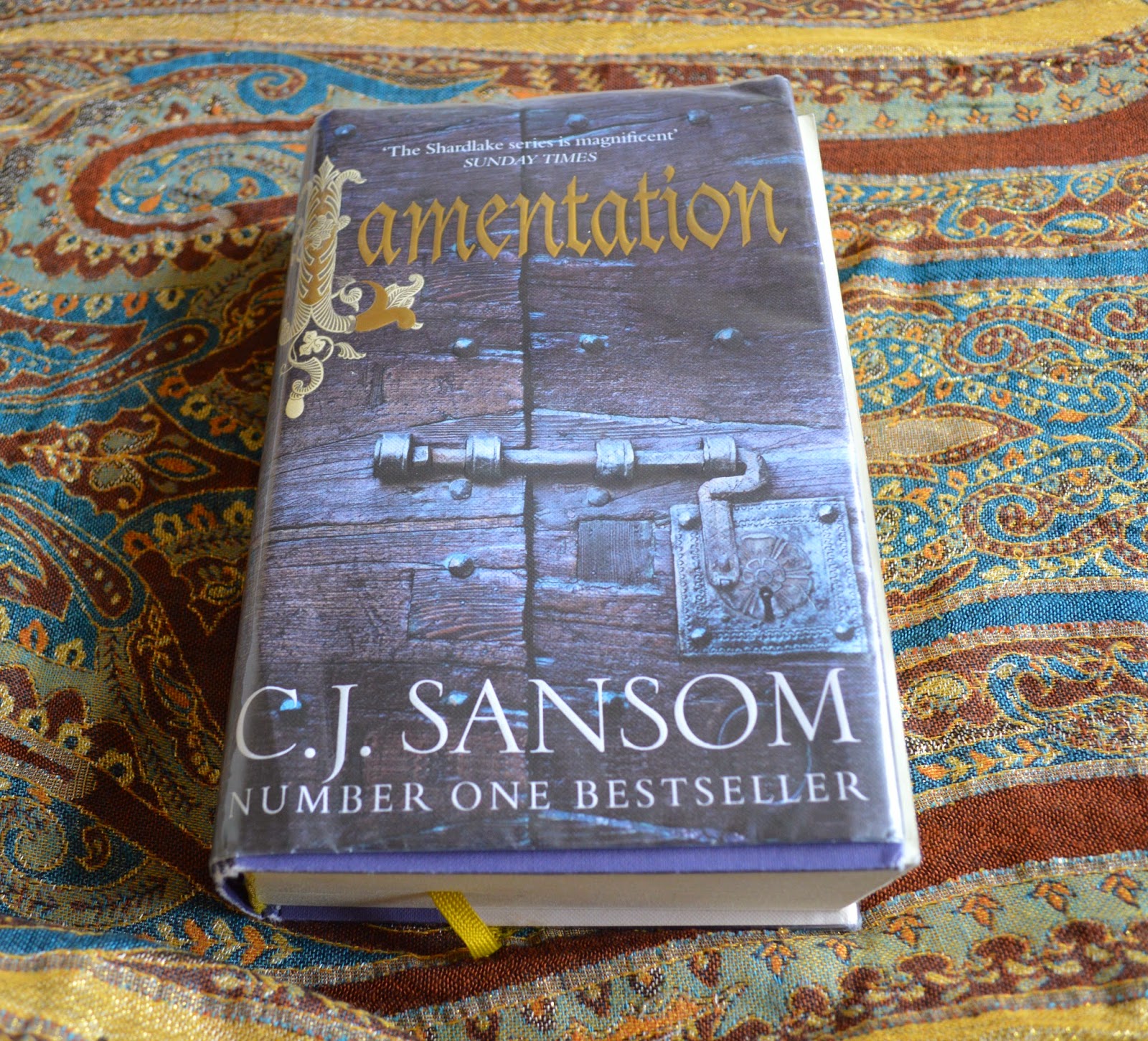 There are a couple of aspects of the book that let it it down. some of my favourite characters have been sidelined. Guy, a doctor and former monk hardly gets a mention. Jack Barak and his wife Tamsin have also been elbowed out. I haven't warmed to Barak's replacement Nicolas, yet. Barak was dangerous and whist moral he could also be unscrupulous. Nicolas doesn't have such an ambivalent personality, he's just a posh boy that has been disowned by his parents. Basically Nicolas is too good, he doesn't provide a strong enough counterpoint to Shardlake, who at times can also be boringly virtuous. Shardlake and Barak made a perfect double act, as there was conflict in their different approach to investigations, the sequel to this novel will have lost that by replacing Barak with Nicolas.

Another part of Lamentation I dislike was the sub-plot about one of Shardlake's clients, a disagreeable pair of siblings who were fighting about inheritance. I really didn't care about this at all, I practically skim read these parts as I wanted to get back to the main story. The inclusion of this subplot didn't add anything to the novel and was just a rather dull distraction.

Overall Lamentation is a solid addition to the Shardlake series, it doesn't offer anything new, but it has retained the quality of it's predecessors. Worth a read.
Email ThisBlogThis!Share to TwitterShare to FacebookShare to Pinterest
Labels: book review, C.J Sansom, crime, detective, fiction, hardback, historical fiction, Lamentation, mystery, Shardlake series, synopsis