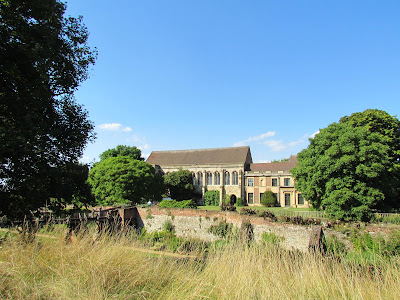 I recently jollied off to the wonderful Eltham Palace and Gardens. It's a fascinating mismatch of architecture, there is a medieval great hall and then some glamorous art deco additions.
The great hall was really impressive Built in the 1470's by Edward IV, the great hall still stands despite been bombed during WWII, the scorch marks from the incendiary bombs can still be seen.
Eltham Palace was the boyhood home of Henry VIII, but as he favoured his palace at Greenwich, Eltham was neglected and the palace did not remain a royal residence . Various additions where made by owners throughout the years. In 1930's the extremely wealthy Stephen and Virginia Courtauld built a modern art deco extension adjacent to the great hall.


The Courtaulds were pretty eccentric, their pet lemur was allowed to run all over the house. Eltham House looks like it was built for fabulous Gatsby-style parties.
The Courtaulds left in 1944 and Eltham was occupied by the Royal Army Education Corps. I wonder what the army thought of that gold bathtub! 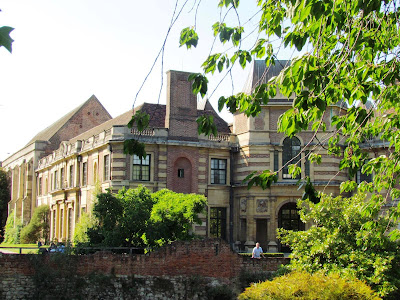 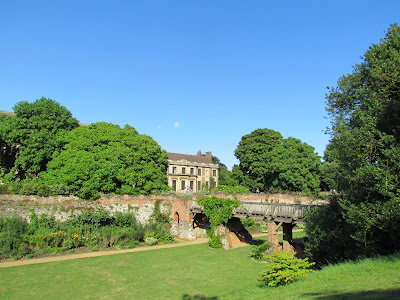 There are some really good picnic spots in the gardens of Eltham, but we elected to go for afternoon tea. It was a reasonably priced deal, a pot of tea, a choice of sandwich and then two scones with jam and cream- all for about £8.00. 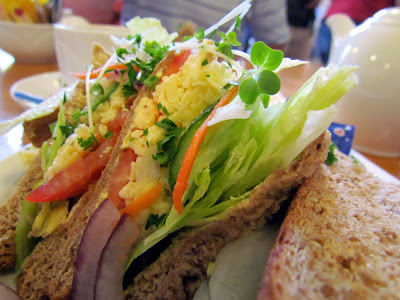