I picked up Moon over Soho in a recent library haul. Its the second in a series of books called Rivers of London, the first of which I read ages ago, so I've been meaning to read this for a while. I was initially attracted to the series thanks to the intriguing quote on the front cover, "what would happen is Harry Potter grew up and joined the fuzz". 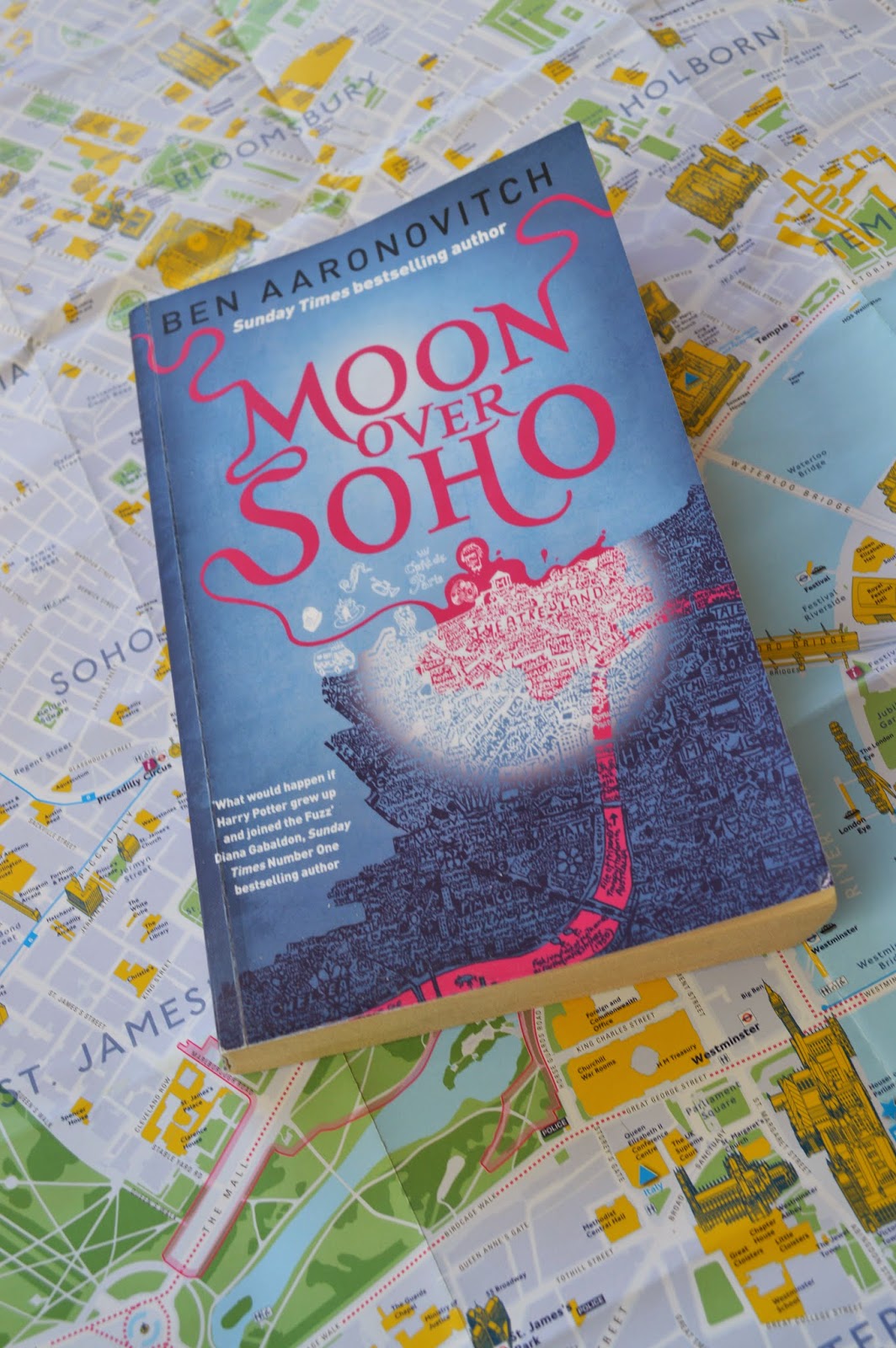 My thoughts and views are under the cut (warning may contain spoilers):-

There are parts of Move over Soho that I enjoyed, and others that got on my wick. I think the premise of the series is clever, the combination of fantasy and detective fiction gives lots of scope for development and expansion.

The character of Peter Grant is very likeable, it is always refreshing to have a biracial protagonist, as people of colour are often under-represented especially in fantasy or sci-fi. Peter's sardonic wit and faith in an ethical code also endear him to the reader.

Sometimes however, the novel does seem to be all style and no substance . Ben Aaronovitch writes some snappy banter and some amusing gallows humour, but the constant quips started to get on my nerves, and made the book feel a bit hollow. Its a case of all fur coat and no knickers.

My favourite characters from the first novel were also absent, the deities of the London rivers, Mama Thames and her daughters. The villains of this novel were not half as interesting, jazz vampires and a faceless magician. This supposedly fantasy/detective novel, was in my opinion rather lacking on the crime. It read like a filler book, just biding time and setting things up for the next instalment.

Moon over Soho definitely isn't a bad book, it kept me entertained and I read it in the space of a day or two. I just think Aaronvitch isn't making the most of his potential, a magical metropolitan police force is a really brilliant idea.
Email ThisBlogThis!Share to TwitterShare to FacebookShare to Pinterest
Labels: Ben Aaronovitch, book, book review, British Literature, crime, currently reading, fantasy, London, Moon over Soho, Rivers of London