I'm starting the year of with a complete trashy read, Never go Back. 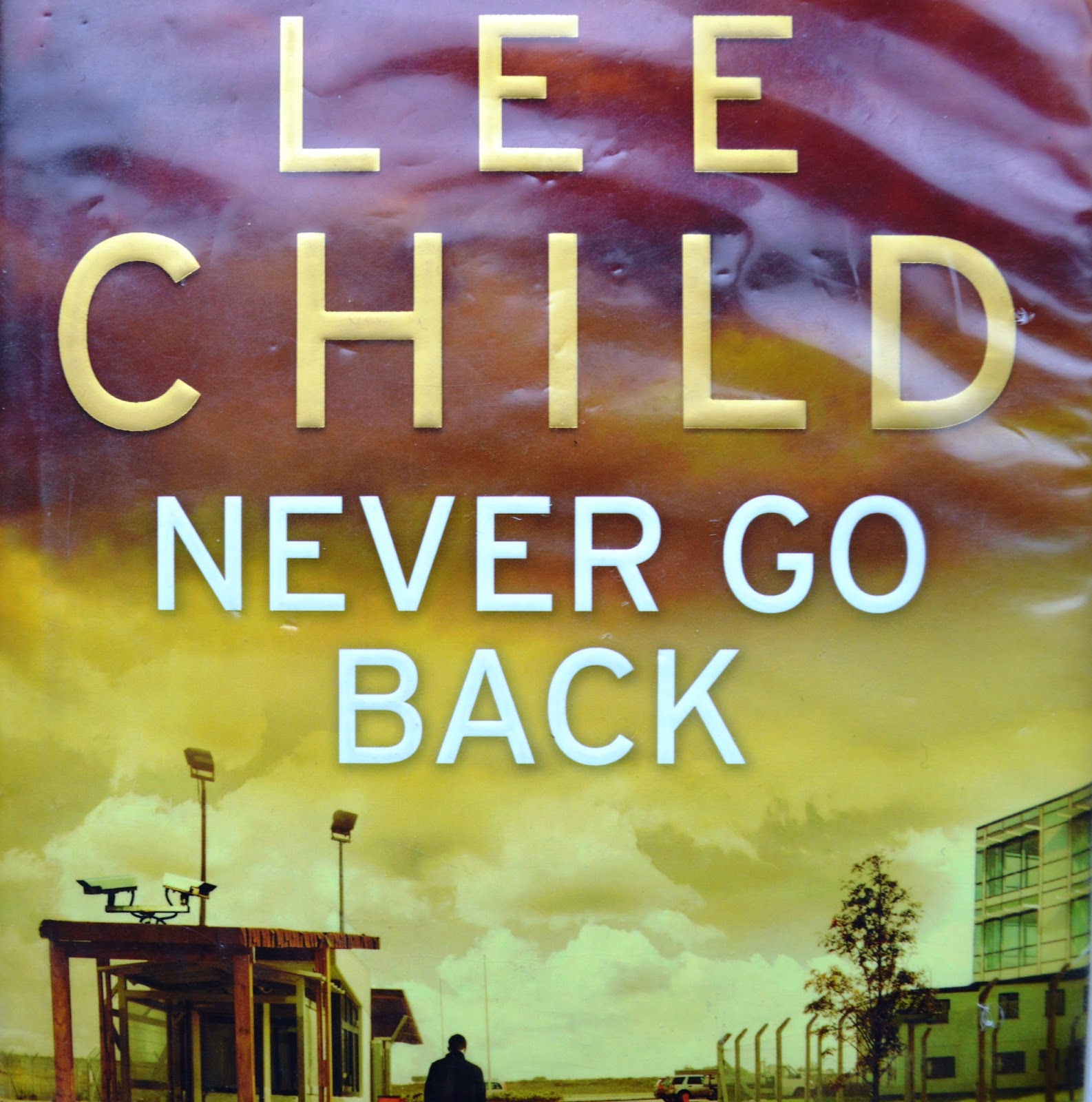 The Plot: Jack Reacher is a loner. Ex-military he is a rootless vagabond who hitch-hikes around the USA, who manages to run into trouble wherever he goes. He arrives in Virginia hoping to rendezvous with Major Susan Turner, commanding officer of his former unit, who he has spoken to a couple of times of the phone. She is not there, her arrest is soon linked with Reacher, has he charged with a crime from 15 years ago.

Firstly I need to clarify what I mean when I say trashy, it's not necessarily a negative thing. What I mean is the book isn't a future classic, it's pulp fiction. The author bashes these out (or the ghost-writer does anyway) with little consideration, as they follow a set formula. The plot is generic and the writing style verges on poor. That been said, trashy can still be enjoyable, a bit of harmless fun. The same way people watch soaps, or action films, trash reads are surface level entertainment, that require little concentration. A trash read is comfortably familiar. The kind of book you read by the beach.

That been said, there is also pure trash. These books are just bad. The kind of novel where you question how it ever got published. The writing is offensively bad, there is no cohesive plot and it may well have problematic views or language.

I hope I've made the distinction between trashy and pure trash  clear (after it is my personal categorisation of books, so I'm sure not everyone will agree/understand) because basically, with Never Go Back, I was looking for a trashy read and got a pure trash instead. 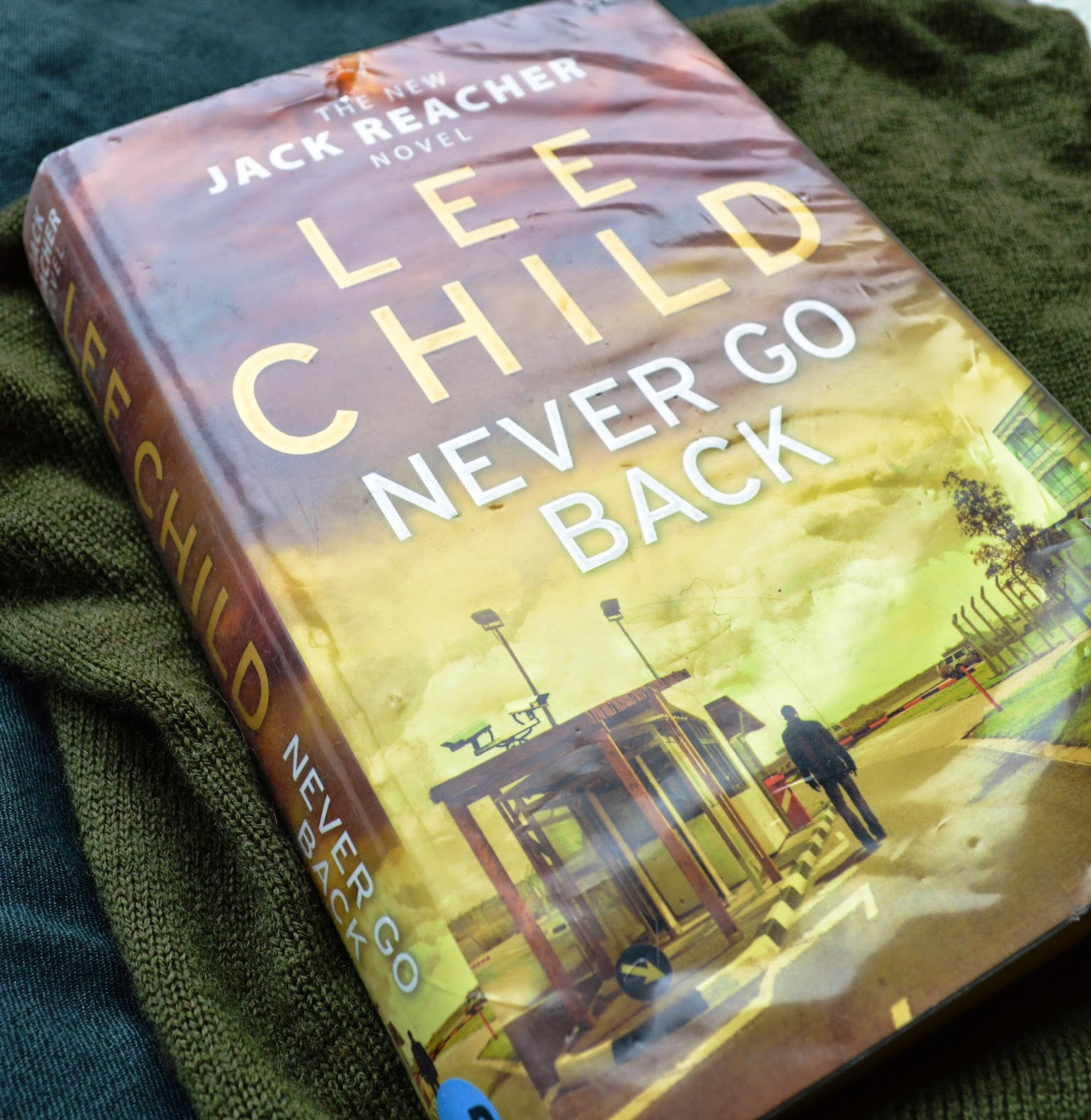 It really feels like Lee child is going through the  motions with this one, and his well of inspiration has truly dried up. Which isn't surprising really, this is the eighteenth book in the Reacher series. I think loyal fans of the series will find this disappointing.

It's meant to be a thriller, but it is so dull and predicable. I was so frustrated about how slow Reacher and Susan were on the uptake, I had all the mysteries solved a third of the way through. I would have abandoned the book, but I wanted to confirm I was right.

The other thing that really annoyed me, was Susan's use of a derogatory racial slur early on in the book. As soon as she used that terminology, I didn't give a crap about what happened to her. Here's a top tip Lee Child: if you want readers to root for your heroine - don't make her a racist.

According to a quote from the Daily Express on the back  Reacher is a 'hero that men will envy and women will adore’. Nope. It's bit like the James Bond films, it is mandatory for Reacher to sleep with a woman per book. I really wish this outdated cliché would die. I am a woman, and I certainty don't 'adore' him. Susan basically sleeps with, as she impressed when Reacher says that the baddie bruising a waitresses arm is wrong. Ohhhhh he's sooooo sensitive, but manly!!! Yeah, not really, in my opinion you shouldn't be 'rewarded' with a gold star or sex, for displaying a very basic level of human decency.