Crime isn't really considered to be a highbrow genre, and I am also guilty of looking down on it, I think it's partly because there is a lot of really crap crime-fiction out there (Martina Cole, I'm looking at you).

Popular authors tend to bash them out, sticking to a tried and tested formula, which enables the reader to solve the crime before they've even completed the first chapter. Good crime-fiction though is truly impressive, the ability to spin a tangled plot and eke out clues and suspense is a rare and beautiful thing.

With Child 44, Tom Rob Smith gives crime-fiction a decent attempt, and manages to deliver on some fronts. 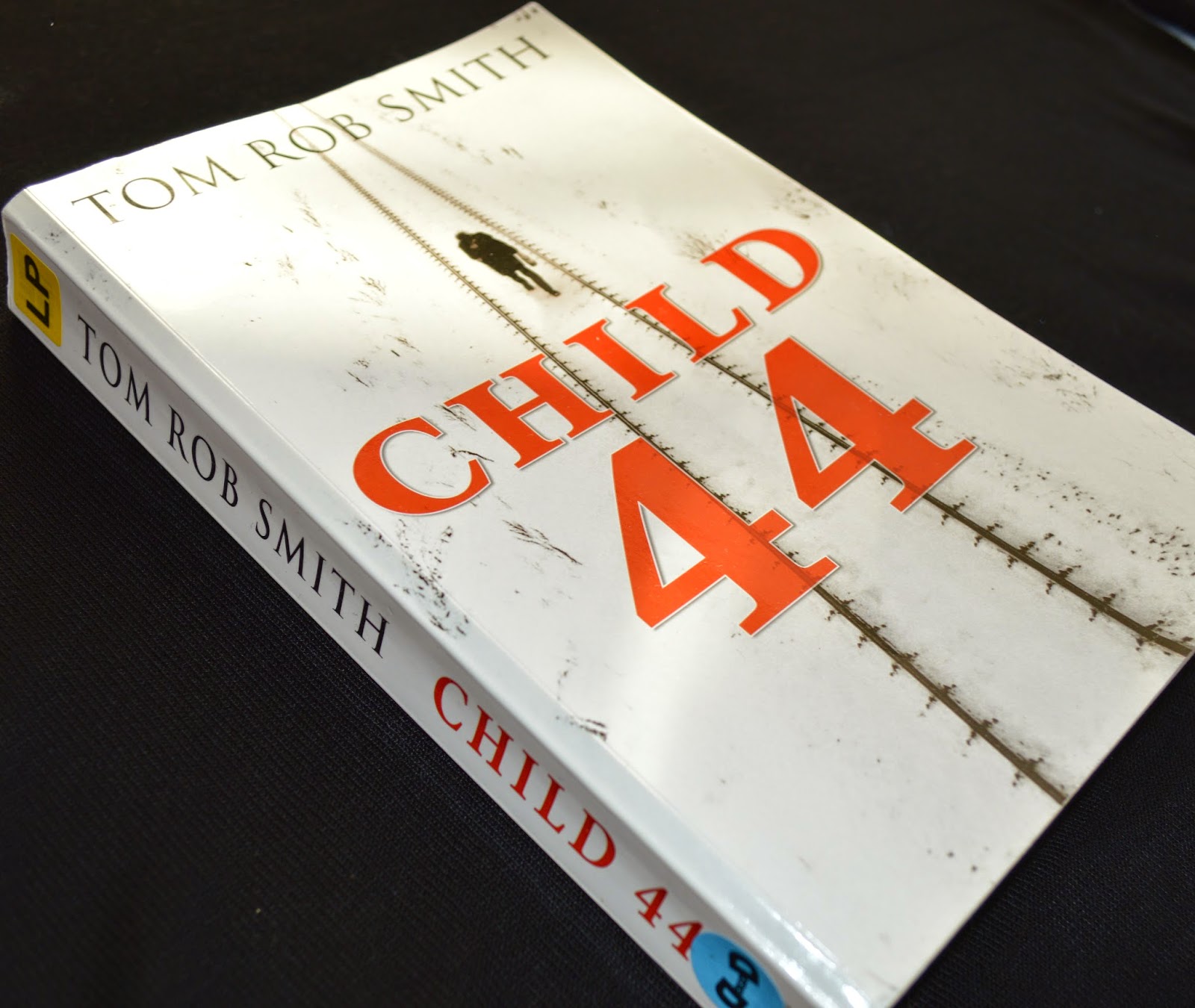 The Plot: 1933 Russia, near dead from starvation Pavel hunts in the nearby woods desperate for a meal, absorbed in his task he is unaware that he is also been hunted. 1953 Moscow, Leo is an investigator for the MGB, it his job to root out dissidents and enemies of the state, a task he performs ruthlessly and without question. When a colleges' son is found dead, Leo is sent to remind the grieving parents that murder does not officially exist in the Soviet Union. However, Leo's loyalty to the party and the country is tested when his own wife is investigated for crimes against the state. The bodies of mutilated children are discovered, and Leo begins to question is blind obedience and his role in the MGB.

My Russian history is proper sketchy, so I found this novel to be quite informative. I knew there was a big famine and knew about the secret police, but not in any great detail. Tom Rob Smith does a good job of portraying the fear and paranoia of living under a police state, where you can be denounced and executed for crimes against the state with zero evidence.  How Leon and his wife Raisa navigate this situation and their relationship with each other is the best part of the novel. The crime part of the novel, the investigation of the murdered children, is of secondary importance really.

Child 44 is an atmospheric and scary look at the Soviet Union, and I would class it closer to historical-fiction that crime-fiction. Raisa is my favourite character, and I would have loved if she had been expanded on. She is a pragmatist, able to adapt and survive. She does this with integrity however, she knows who her husband is, and what he does and is disgusted by it, yet she also understands her own life would be threatened if she rejected his advances. Raisa, is a the moral compass of the novel, although she is makes dubious choices, it is because she is forced to. The showdown between Raisa and Leo is the highlight of the book in my opinion, when she finally make him aware of the damage he has caused. 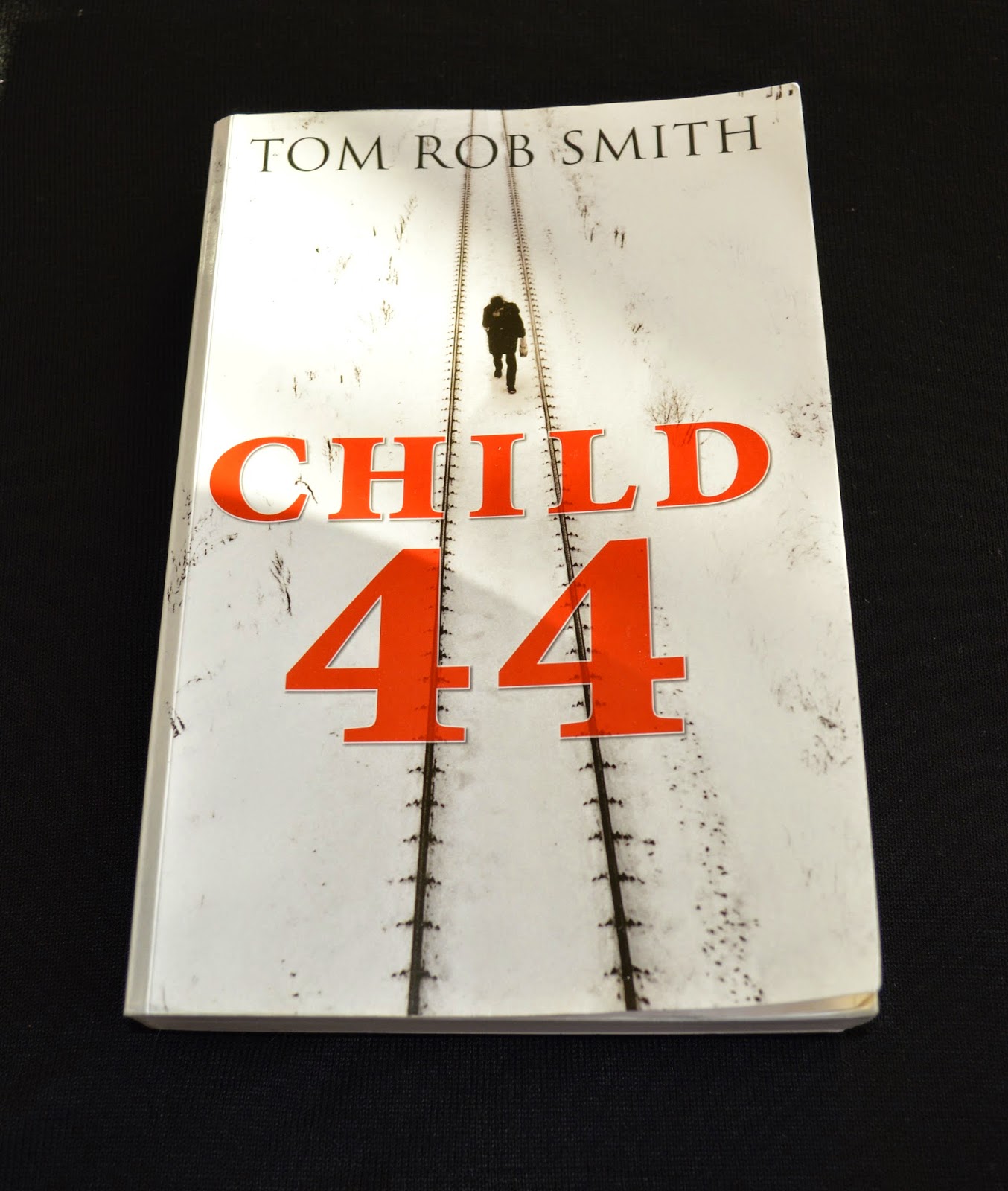 One thing I didn't like about the book (though it might just be my Large Print library copy) was the way the text had been formatted, speech was italicised, as were sentence that the author obviously thought were particularity poignant, but it actually highlighted how naff they are. This is a little gripe, but usually italicised speech tends to be thoughts, or non-verbal conversations, so it confused me to begin with.

If you are reading Child 44 as a detective novel, as crime-fiction there is a chance you'll be disappointed with the ending. The big revel of the murder is trite, and doesn't do the rest of the plot justice. However, as I said the crime aspect of the novel is secondary really, and personally as I was involved in the lives of Raisa and Leo I wasn't desperate to solve the crime, I just wanted to see what happened to them.