Shakespeare in Love at the Noel Coward theatre

It's my mum's birthday so we treated to her to a trip to the see Shakespeare in Love at the Noel Coward theatre. The play is based on the hugely popular 1998 film of the same name, that stared Gwyneth Paltrow and Joseph Fiennes. 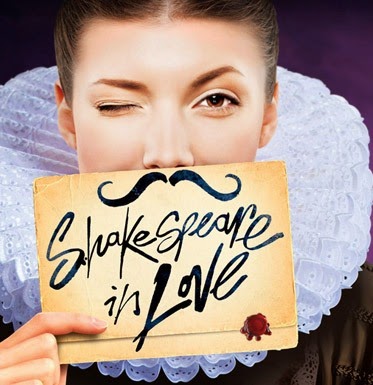 It tells the story of a young William Shakespeare, who is suffering from writer's block and struggling to write a comedy entitled Romeo and Ethel the Pirates daughter. Viola de Lesseps, is a wealthy woman, obsessed with the theatre, disguised as Thomas Kent, she auditions for Shakespeare's new play.  When Shakespeare discovers Viola's real identity they embark on an affair, which inspires him to write his most enduring and tragic play.

I have seen the original film a fair few times, so I did have expectations going into the show. My overall impression was it was very good fun. As you can tell from the plot, it is intended to be a farcical comedy, and it doesn't take itself to seriously.

The actors are strongest at the comedic moments, and unfortunately do struggle with the serious, emotional aspects of the show. For example the romance between Shakespeare and Viola doesn't seem genuine. Viola giggles like an infatuated school when William tries to seduce her, and demands that he pays her compliments. Their relationship seemed juvenile, and I wasn't moved in the slightest when Viola was married off to a noble man and shipped off to Virginia.

The actress playing Viola irritated me and my family on several occasions, because of the weakness of her performance, she is very one note. Whenever something happened in which she had to project emotion, she just made her voice crack and waiver, nothing more, and it was not very effective. The actress playing Queen Elizabeth was also at a disadvantage, Judy Dench's performance in the film was so masterful, that it just felt like in the play the actress was just doing an impression of Judy and falling short.


That been said, the weakness of the performances did not affect my overall enjoyment of the play. It is fast-paced (until a rather disappointing part near the end) and I was engaged throughout. It moves so quickly, we didn't have the chance to get bored. The bit with the dog is also a real crowd-pleaser, I swear it got the loudest applause at the end.

I thought the staging was very good, simple but effective. They managed to differentiate between the chaos of backstage and rehearsals opposed to what is presented on stage with the play-within-a-play. I also thought it was a good idea to have the ensemble on stage for most of the production, it was breaking the forth wall and all that jazz, which is appropriate as it is a theatre production about a theatre production.

The music and dance numbers are worth a mention, particularly as they were my mum's favourite bit. They really lifted the atmosphere, and introduced something different to play that will be unavoidably be compared to the film.

I would recommend the production, we had a great time and left in a good mood. We all laughed out loud several times.

A note on our tickets - we were sat grand circle, row AA, seats 8-10. These were restricted view, so we did have to twist and lean against the bar. This was uncomfortable, but we did still have a mostly full view of the stage  (unlike when we went to Wolf Hall). For the second act, we sneaked over to Row D in the grand circle. The view was still slightly restricted, but not as badly, plus we could now view the stage front on and not have to twist.
Email ThisBlogThis!Share to TwitterShare to FacebookShare to Pinterest
Labels: adaptation, comedy, day trip, drama, film, London, Noel Coward, review, Shakespeare in Love, theatre, visit