Charlaine Harris, Dead Ever After

I have a friend how is obsessed with True Blood and The Southern Vampire Mysteries the tv programme is based on, she was so enthusiastic about it, I thought I should give it a go as well. A couple of years ago I binge watched the programme and binge read the books.

However, after we'd moved further away from each other, and she wasn't there to remind me when a new book/programme was out I gave up on the whole thing.  Until I spotted the final book in my big library visit and thought I might as well see how the story ends. 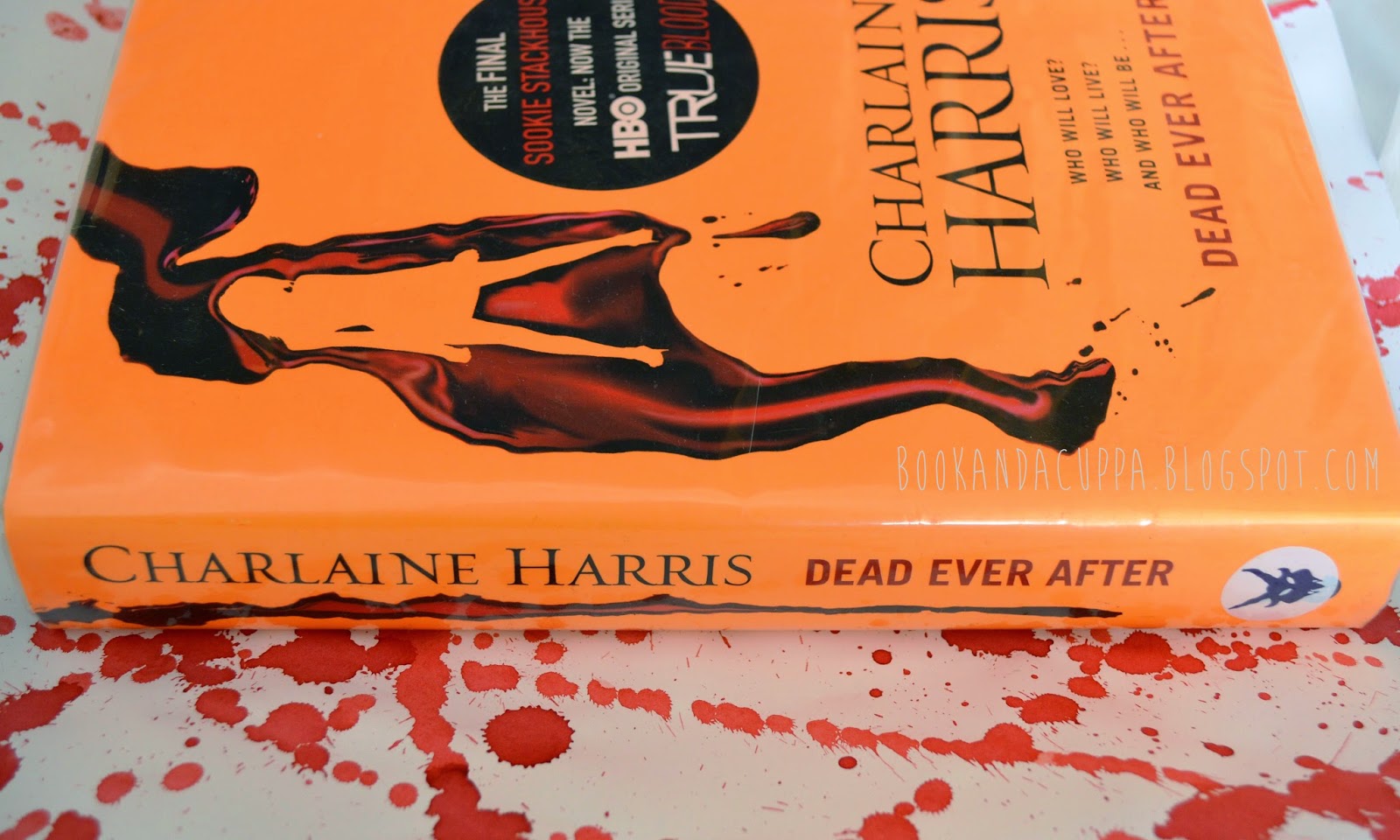 The Plot: Telepathic waitress, Sookie Stackhouse has had a fair share of drama; she's discovered she's part fairy, her brother has become a were-panther, her boss is a shape-shifter, she's had relationships with 2 vampires and a were-tiger, survived Hurricane Katrina and made a ton of supernatural and human enemies. This is the last book of a 12 part series, will Sookie get her happy ending?

I glad Charlaine Harris has called it quits on The Southern Vampire Mysteries, this twelfth novel really illustrates that the series has run it's course and she has run out of inspiration and is now flogging a dead horse. All the best tv shows and books know to end on a high, Breaking Bad, The Wire, The Office, all stopped when they were still top of their game. I won't be surprised if many of the long term fans (my friend included- I'm going to text her and find out) felt disappointed in Dead Ever After, after the long term commitment they've shown the series.

Perhaps, Dead Ever After didn't do it for me because I won't class myself my self as a proper fan. Though I have read all the books, it's been a while and I did have to do a quick google to find out about the proceeding book to know what had happened.  these aren't standalone novels, you do have to read them in order as it is assumed you are coming to Dead Ever After with prior knowledge. Not that I minded that actually, it can be a bit repetitive when author have to recap information from previous books for the casual audience (prime example:- J.K Rowling who had to find a way of reminding readers about the rules of quidditch nearly every book). Anyway- I've got distracted, my point is, perhaps because I haven't been a proper fan, eagerly anticipated each new release, or got to know the characters etc. is the reason why I found Dead Ever After to be underwhelming. 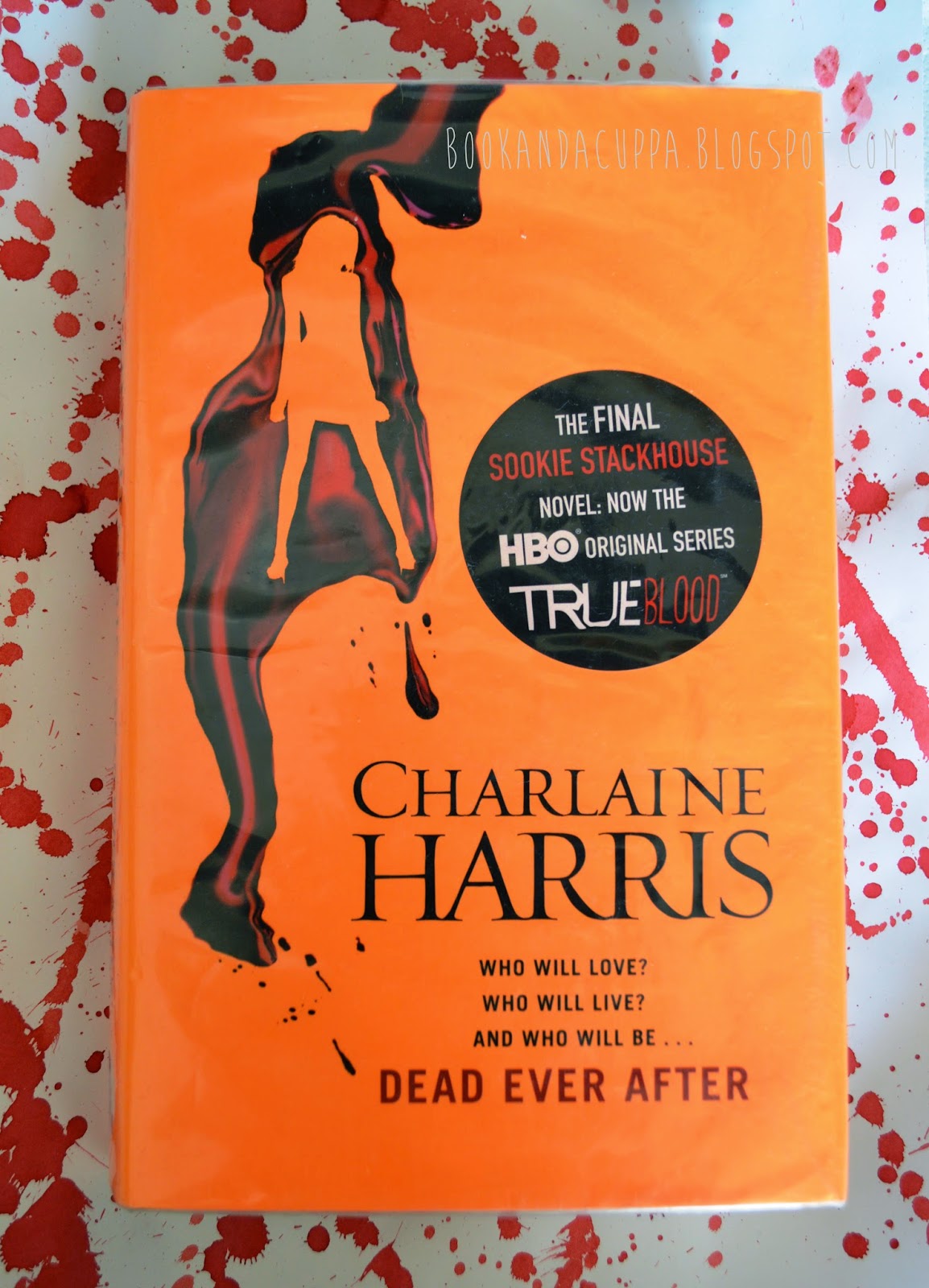 Sookie is pretty irritating to be honest. She's got a cool power, knows cools people, has loads of chance to be adventurous but she remains small-town and limited in her achievements and aspirations. I'm not knocking her profession, being a waitress is hard-work and disrespected. My problem is that her main concern is mundane matters, like whether she is being a good hostess, rather than the whole being framed-for-murder-by-someone-who-has-made-a-pact-with-the-devil thing. Seriously, her priorities are skewered! This focus on dull everyday matters, like the excessive time devoted to her cooking breakfast does not make very exciting reading.

There is no drama, no tension and no danger and it is boring. Harris seems bored with the series, and yet at a complete loss about how to end it. Plus, Sookie totally gets with the wrong man. However, I has read worse books, and there was something about it that made me stick with it to the end (perhaps it was loyalty, perhaps because I was stuck on a train with no other entertainment?).

If you have read the other Southern Vampire Mysteries I can see why you'd want to read Dead Ever After, but in my opinion you'd be better off going back and reading some of the earlier, better books in the series.