Paula Hawkins, The Girl on the Train

If you haven't already ready read this (after all it's had a fair bit of hype) your summer holiday, beach book is totally sorted.

I read this last month, but I thought it worth me still reviewing it.

The Plot: Rachel commutes past her old house every morning, the house where her ex-husband now lives wife his new wife and baby. As her train waits at stop signal she is able to peer into the garden of two strangers, who she nicknames 'Jason and Jess', she fantasies about their lives and she starts to feel like she knows them. One day she sees something shocking out of the window, and feels the need to intervene, soon she is embroiled in missing person's investigation, and is no longer just a passive observer.

As I said in my monthly round up comparisons to Gone Girl and Into the Darkest Corner  are completely justified. The Girl on the Train is being marketed as the next literary phenomenon, and I'm undoubtedly going to see tons of people reading this on my commute, which is going to be doubly unsurprising as this novel is about a train commute.

Like Gone Girl and Into the Darkest Corner it is an incredibly disturbing novel. Rachel, the main female protagonist is infuriating, and challenging, but as the same time has my sympathy (again, like Gone Girl, Amy was clearly a psychotic bitch, but she did have her reasons). Rachel is an alcoholic, she is chaotic, and an unreliable witness who interferes in other people's lives, she is also a victim.  I often wanted to give her good shake as she self-sabotages again and again.

I love a multiple narrator, as each character gives their different perspectives and builds layers or contradictions and opinions on a single event. The Girl on the Train has 3 narrators, Rachel, Anna (married to Rachel's ex) and Megan (aka. Jess the woman glimpsed from the train). These multiple voices and the non-liner plot really makes this novel something special. 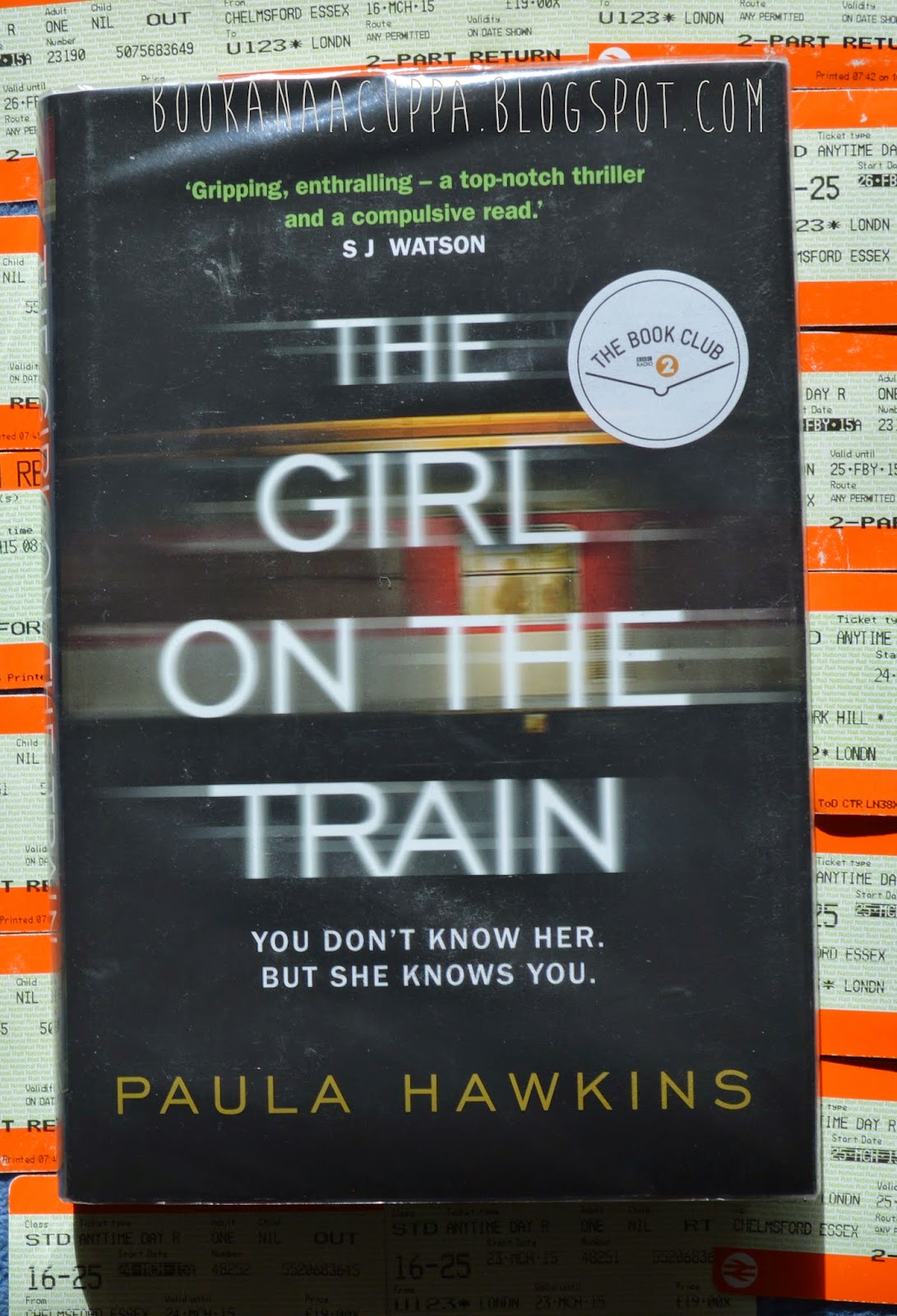 There aren't many suspects involved in the police investigation, but it is so cleverly written, I went back and forth with my guesses. Luckily the novel remains to high standard right to end, there is nothing worse than a thriller with a disappointing ending.

It such a tense novel, and I'm really conscious that I don't want reveal too many spoilers. After I finished it I immediately turned to my mum and pushed her into reading it so I had someone to talk about it with.  Every time she was running her theories past me I was emitting a small squeak because I was desperate not to give anything away.