As I haven't got round to buying NW yet, I reread a Zadie Smith I already own, On Beauty. 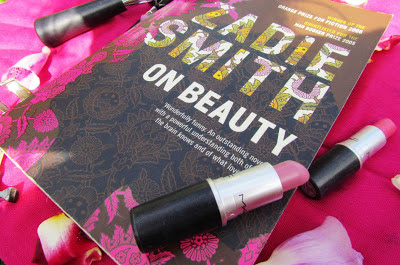 The Plot: Academic and affluent the Belsey family live in Wellington, a collage town in New England. Howard Belsey, an Englisman and his African-American Kiki are struggling to revive their marriage after Howard has a disastrous affair with a colleague. Their three children have their own struggles, as the try to find their own identity- Jerome is depressed after his first failed romance, Zora wants academic recognition and Levi is trying to understand what it means to be a young black man in America.

The narrative of this novel is a simple family drama, but it is elevated by Smith's prose and fantastic characterisation. She manages to bring something fresh to the old cliche of middle-aged-man-has-an-affair. All the characters are detailed and richly developed.

Often when authors try and depict young people, it is cringe inducing, the dialogue-particularly slang- is off and the character doesn't feel realistic, this is however not the case with On Beauty. Levi, the youngest Belsey, is the most interesting for me. He is very uncertain of who he is,  he struggles with his duel heritage and his middle class status. Influenced by music he thinks that the black experience should be about 'the street' and 'hustle' and has trouble correlating this with his own situation.

Actually I have a fondness for all the Belseys, apart from Howard- no sympathy for him. Kiki is warm, and endearing mix of strong and vulnerable. I just want to give Jerome a hug, he's so fragile after his relationship with minxy Victoria comes to an end. I relate to Zora in lots of ways, she is intelligent and wants to be noticed for her academic rigor, but she also wants boys to like her. She also has the tendency to be domineering and act the martyr but she is also insecure and full of self doubt.