I reserved Americanah from my local library as soon as it was published, so I was thrilled when I got the phone call to say it had arrived.

Chimamanda Ngozi Adichie is amazingly talented, Half of a Yellow Sun is one of those most emotionally turbulent novels I've ever read. She's also a politically activist, a sample of her speech on feminism was used by Beyoncé on her track ***Flawless. 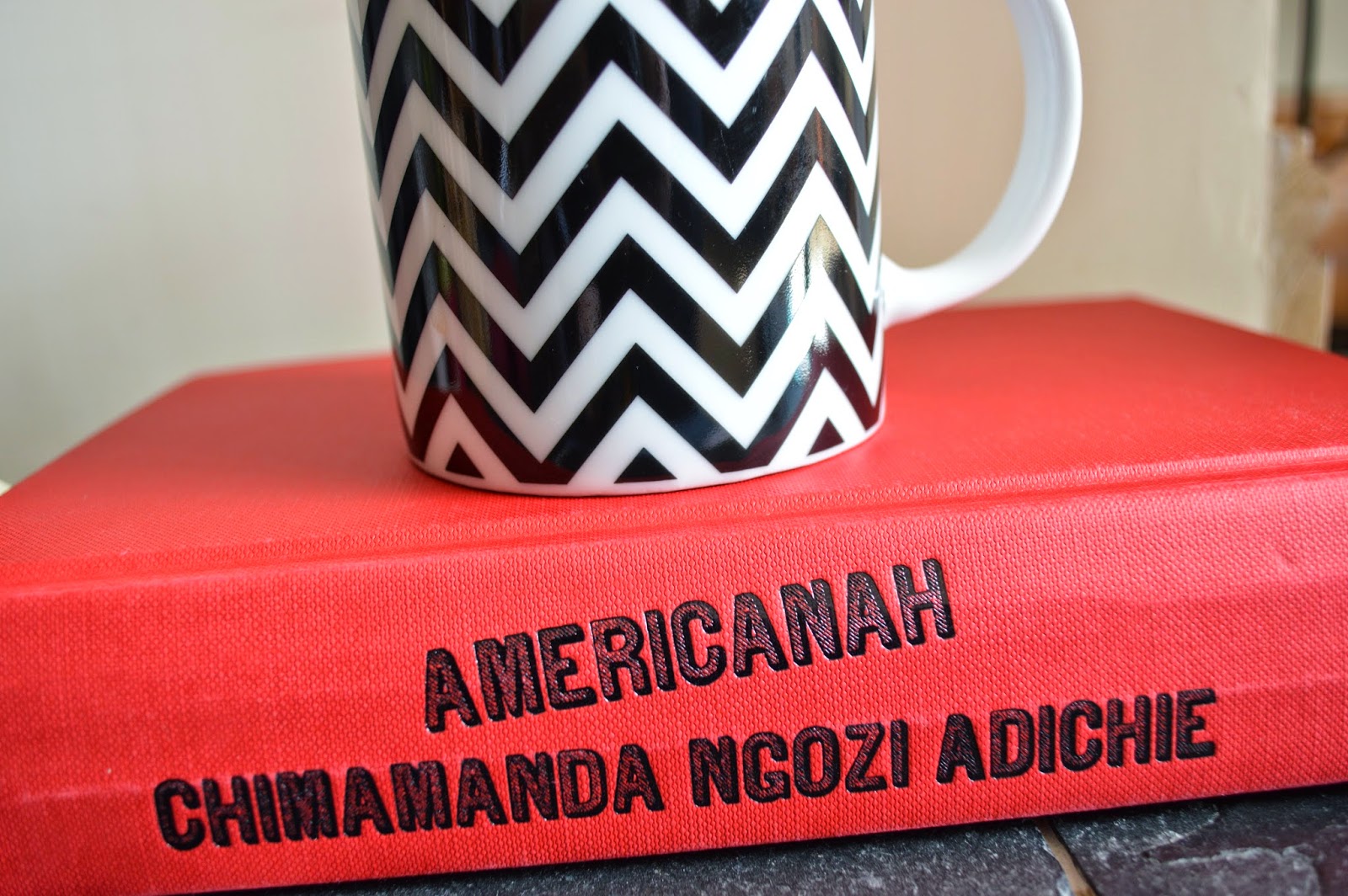 The Plot: Poised to return to Nigeria after living for many years in the United States, Ifemelu reflects on her childhood in Lagos, her time in the States and her first love, Obinze. Themes of identity, nationality, assimilation and racism are explored throughout.

To avoid spoilers my full thoughts are under the cut, but in brief, I found this novel to be insightful, honest and direct. Adichie writes with an agenda, and unflinchingly confronts controversial social and political issues with a deftness that means the novel is never preachy or condescending.

Ifemelu and Obinze are both fantastic characters, I was rooting for them throughout the novel. They are believable and in, with fully developed personalities. It was lovely to be able to see completely into their lives and selves with no ambiguity, I could see their motivation for acting  a certain way, see how their past influenced them and understand how they felt at every point throughout the book. This depth and holistic approach to writing characters elevates Adichie's writing and makes the novel much more than a love story. By the end I felt as if I knew Ifemelu and Obinze, and wanted the best for them.

Adichie manages to convey the effects of racism and struggles of immigration and the feeling of 'otherness' so well that I feel I gained real insight. In many respects the experiences of Ifemelu and Obinze are far removed from my own, I'm white and live in the country of which I was born, but I had complete empathy with both characters and feel that I have been privileged to see a different perspective of the world.

I have some experience of immigration, I lived in South Korea for over year, and Adichie description of the alienation and loneliness you can feel when moving to a new country is so truthful and honest. Americanah had plenty that I could identify with, but also much that was new to me, experiences and views that I've never before considered.

The momentum of Americanah means that whilst the novel is reflective and meditates on big issues it is never slow or dull. The humor, wit and spark of Ifemelu also make it an enjoyable read.

Chimamanda Ngozi Adichie has the knack of writing novels that create a lasting impression, and this is no exception.

If you liked this, I'd suggest  checking out Zadie Smith's White Teeth and Monica Ali's Brick Lane which also look at the experience of immigrants and cultural identity.