More pics from my visit to Ightham Mote. If you're looking for something to do this weekend, I'd highly recommend a trip to Ightham. 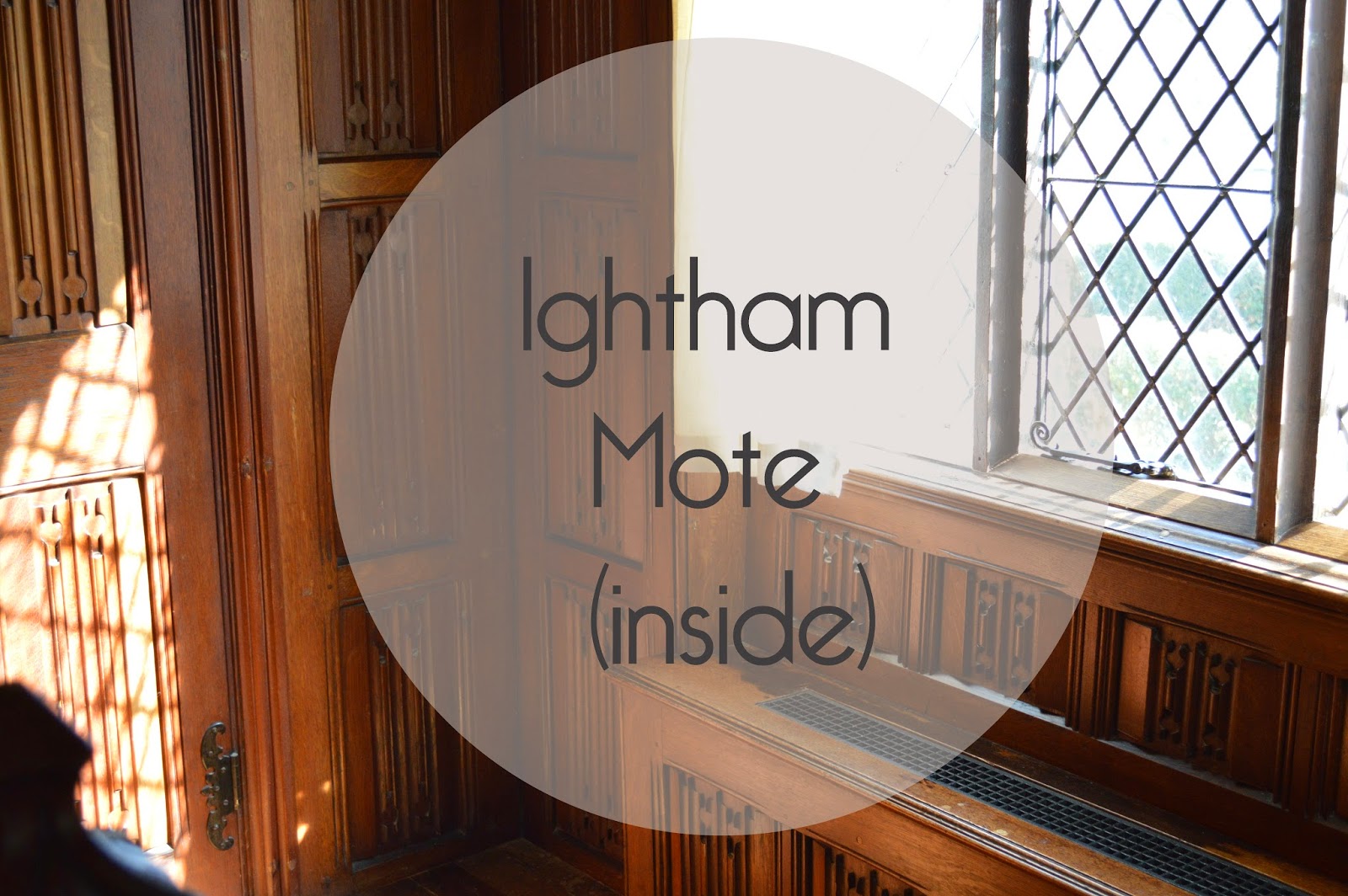 The only criticism I have is the cafe is right near to the car park, I think they're missing a trick with this because many people won't bother popping in for a drink as they'll think they might as well wait till they get home.

This is not the most impressive suit of armour I've ever seen (no comedic cod piece) but still interesting to look at. 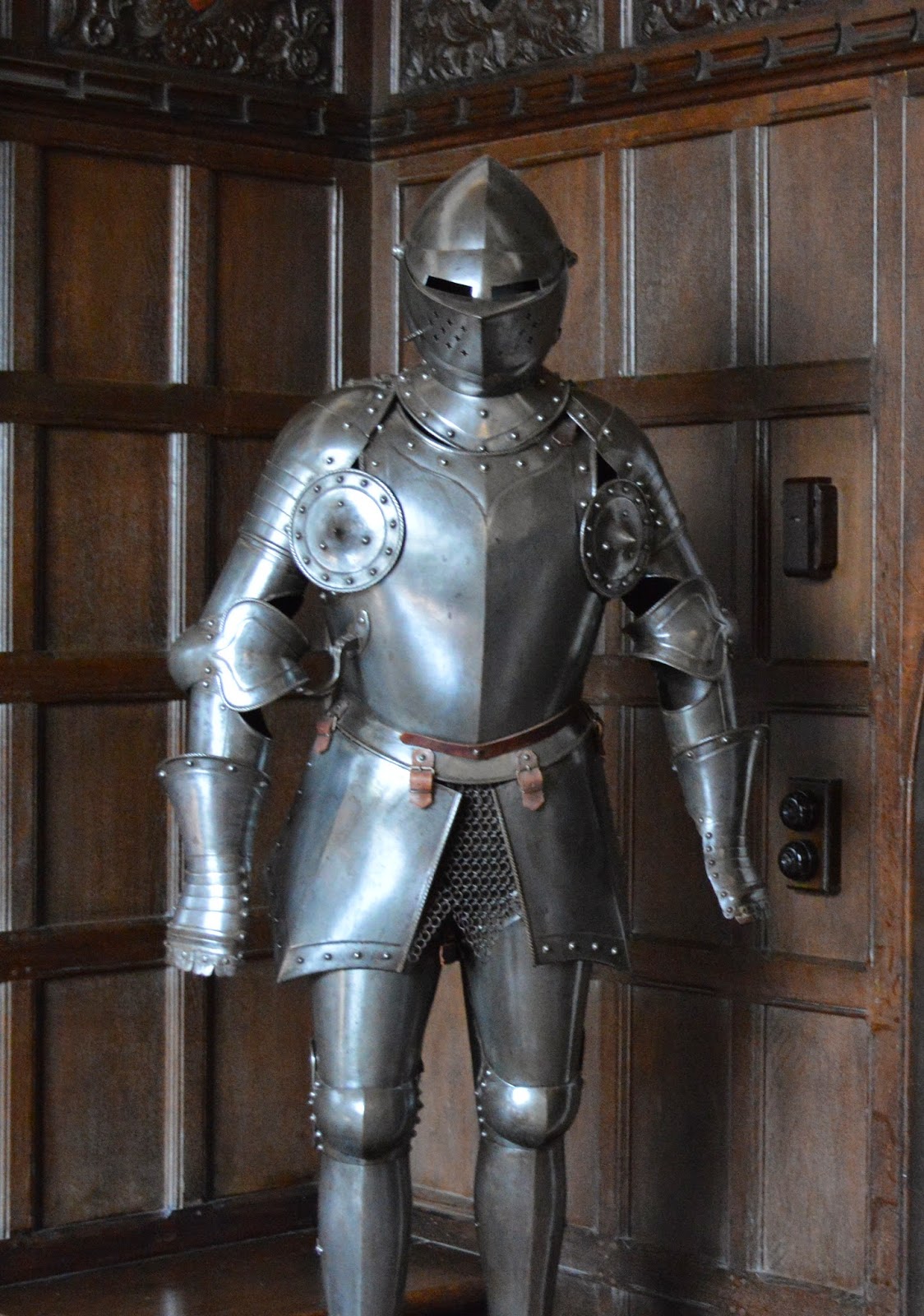 My favourite part of Ightham was the windows, they were varied and beautiful. Some of these properties can be dark and dingy, but that wasn't the case here. 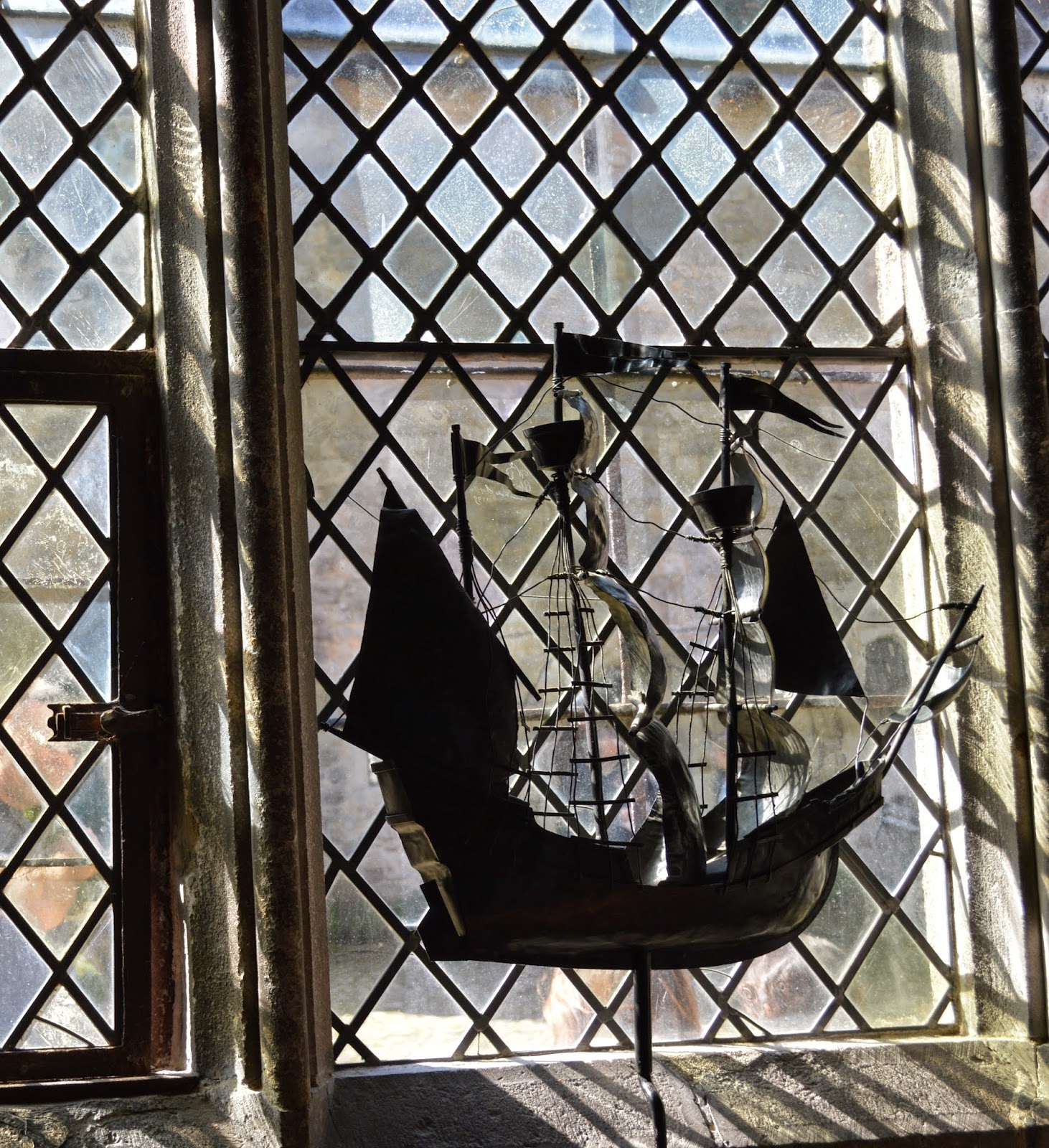 To curry favour the Selby family had the family crests of the Tudor dynasty engraved into the windows. 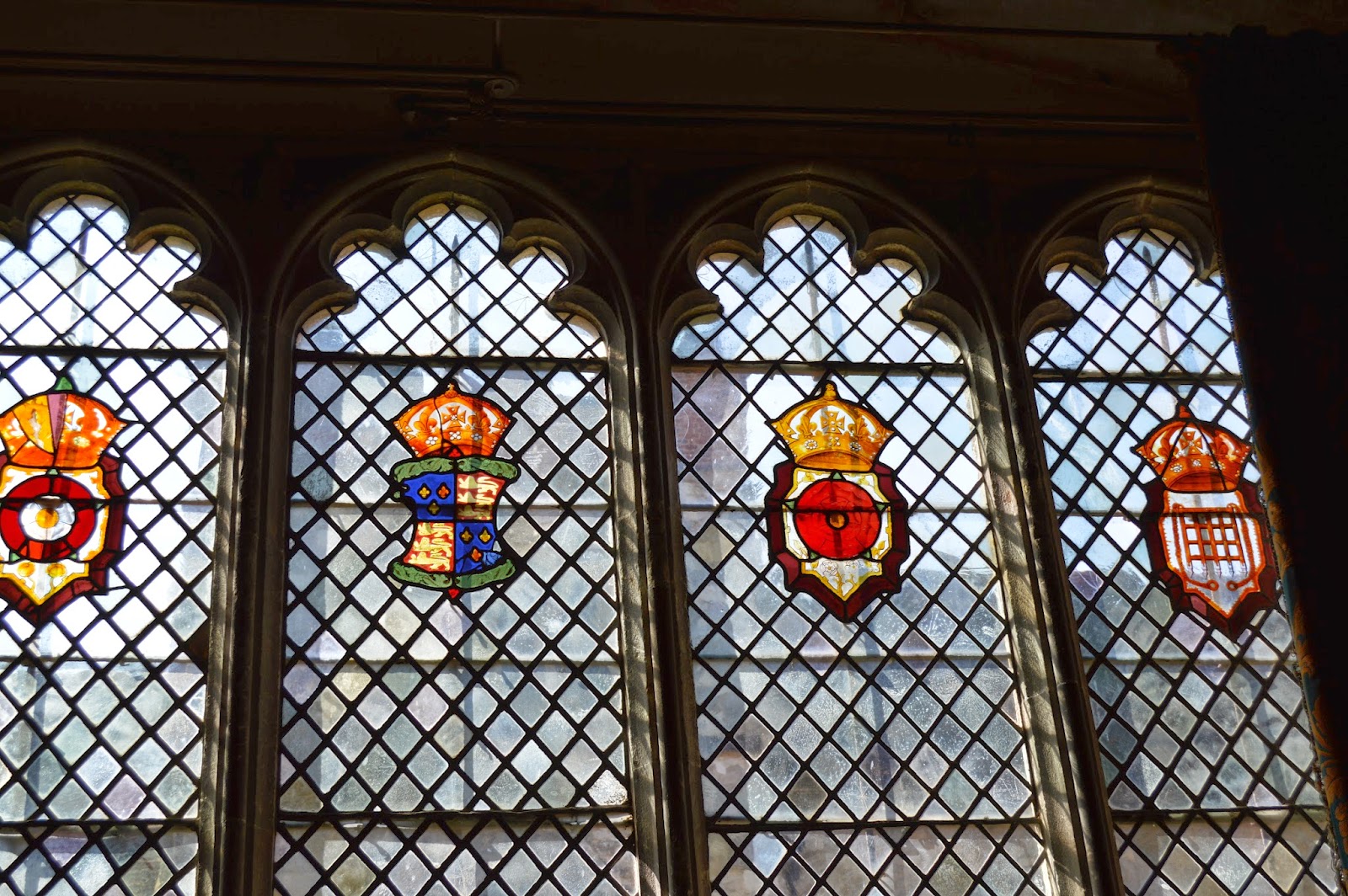 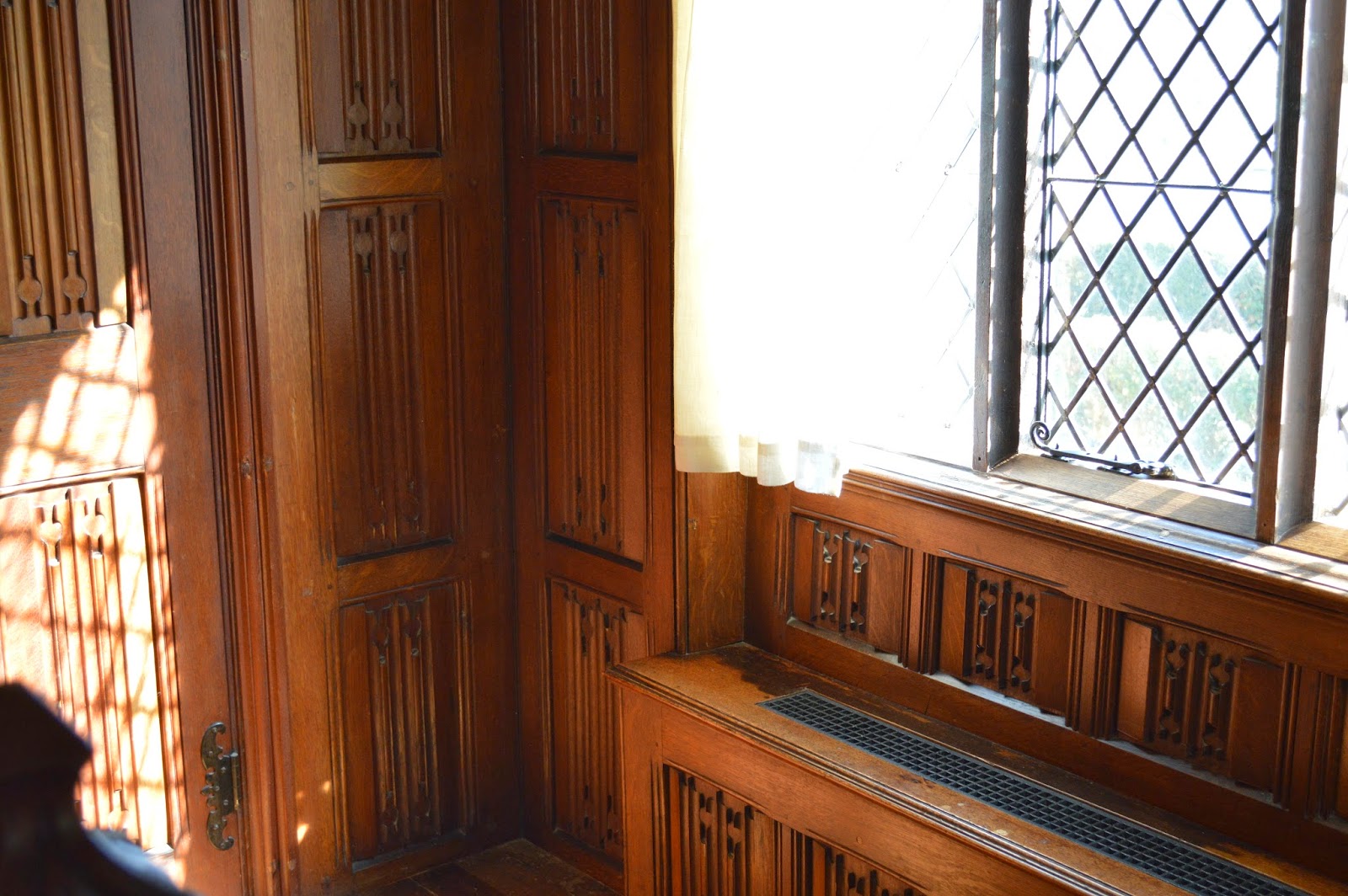 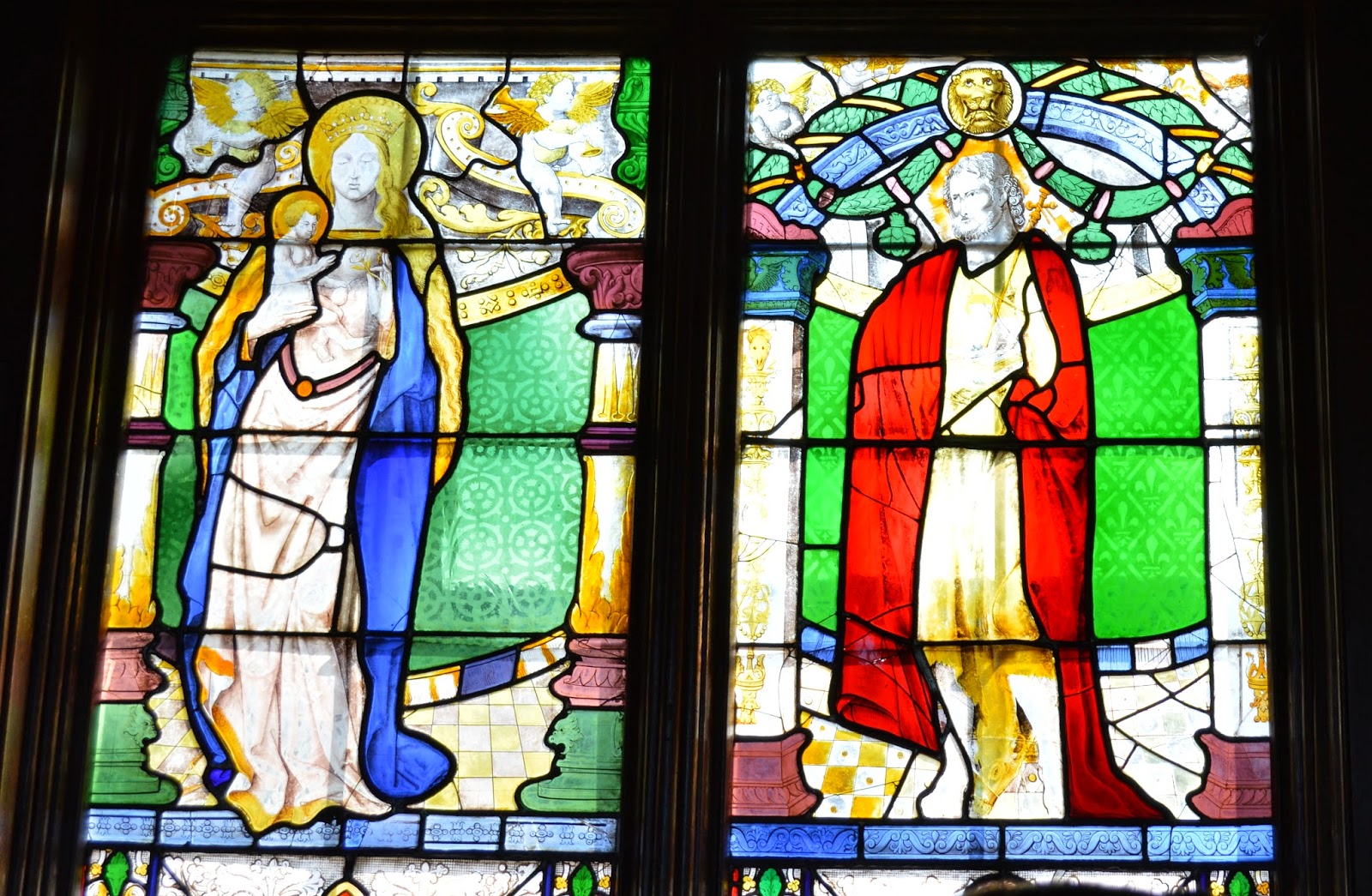 The chapel at Ightham has been altered over the years, as it was fist Catholic and then after the religious reform under Henry VII it was changed to Church of England.  The celling is one of the oldest parts of the property, you can still make out the crest of the Medieval owner. 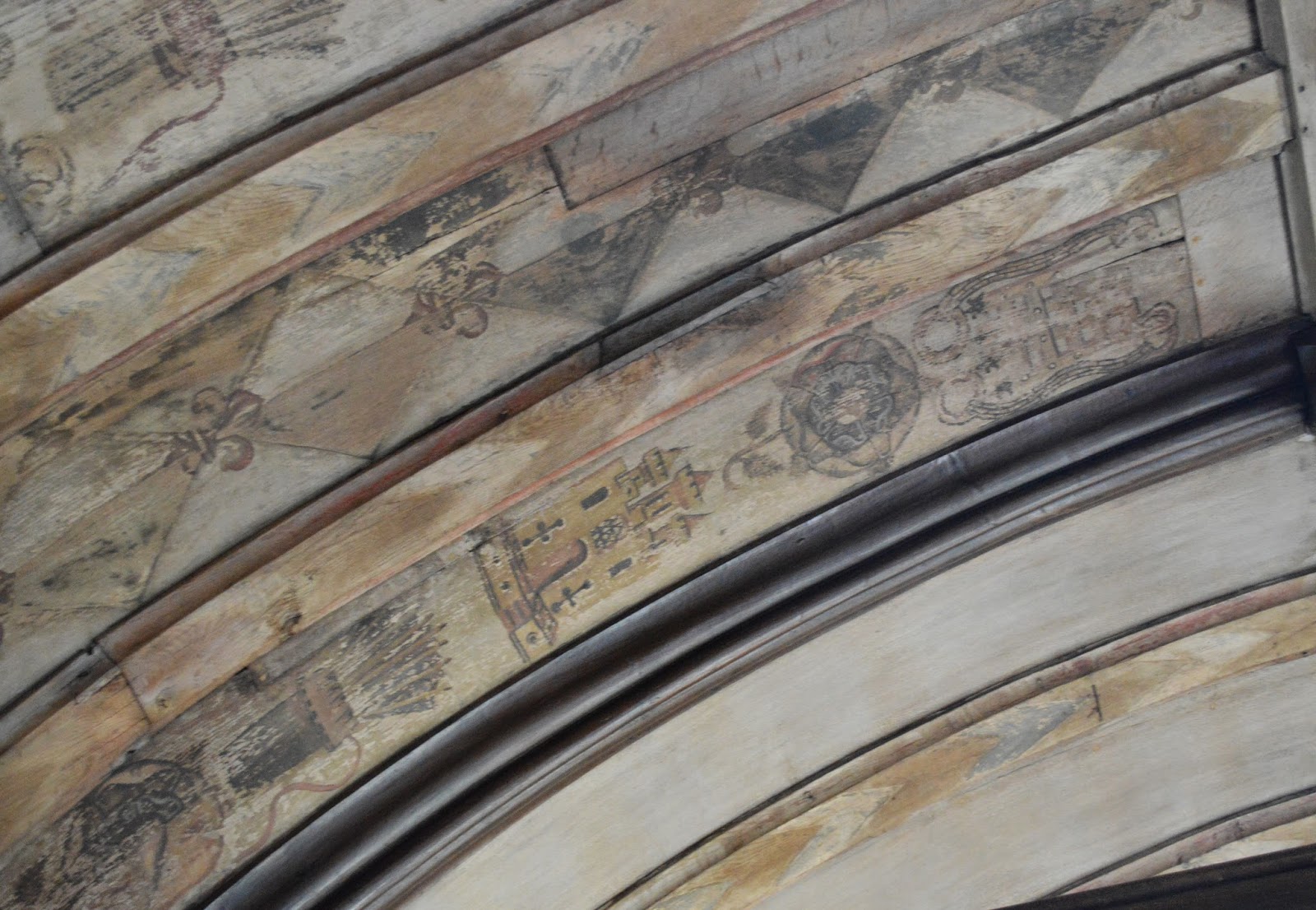 Riverdale Colyer-Fergussons (who's family owned the house in the 20th century) was posthumously awarded the Victoria Cross. He died aged 21 in the battle of Ypres. 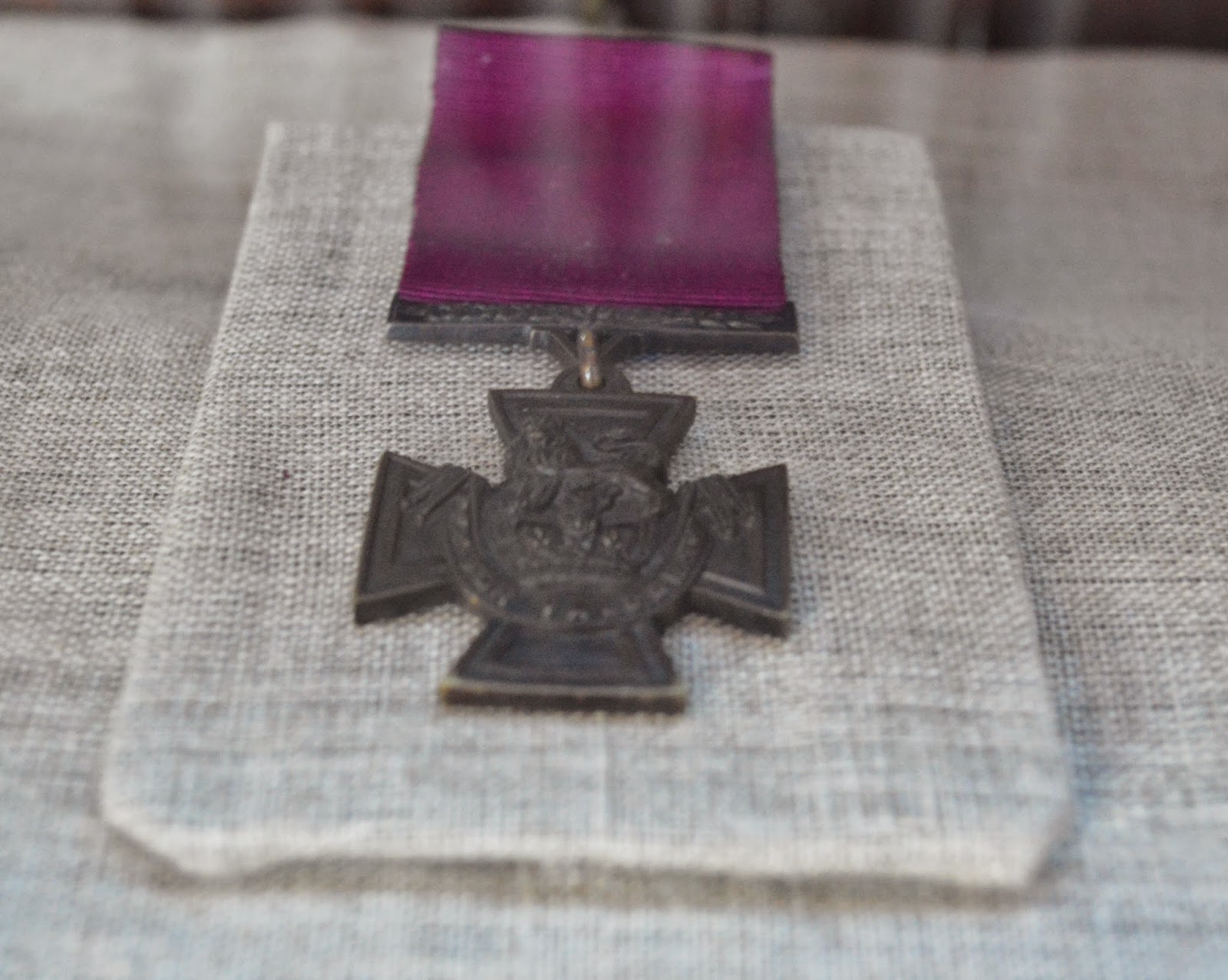 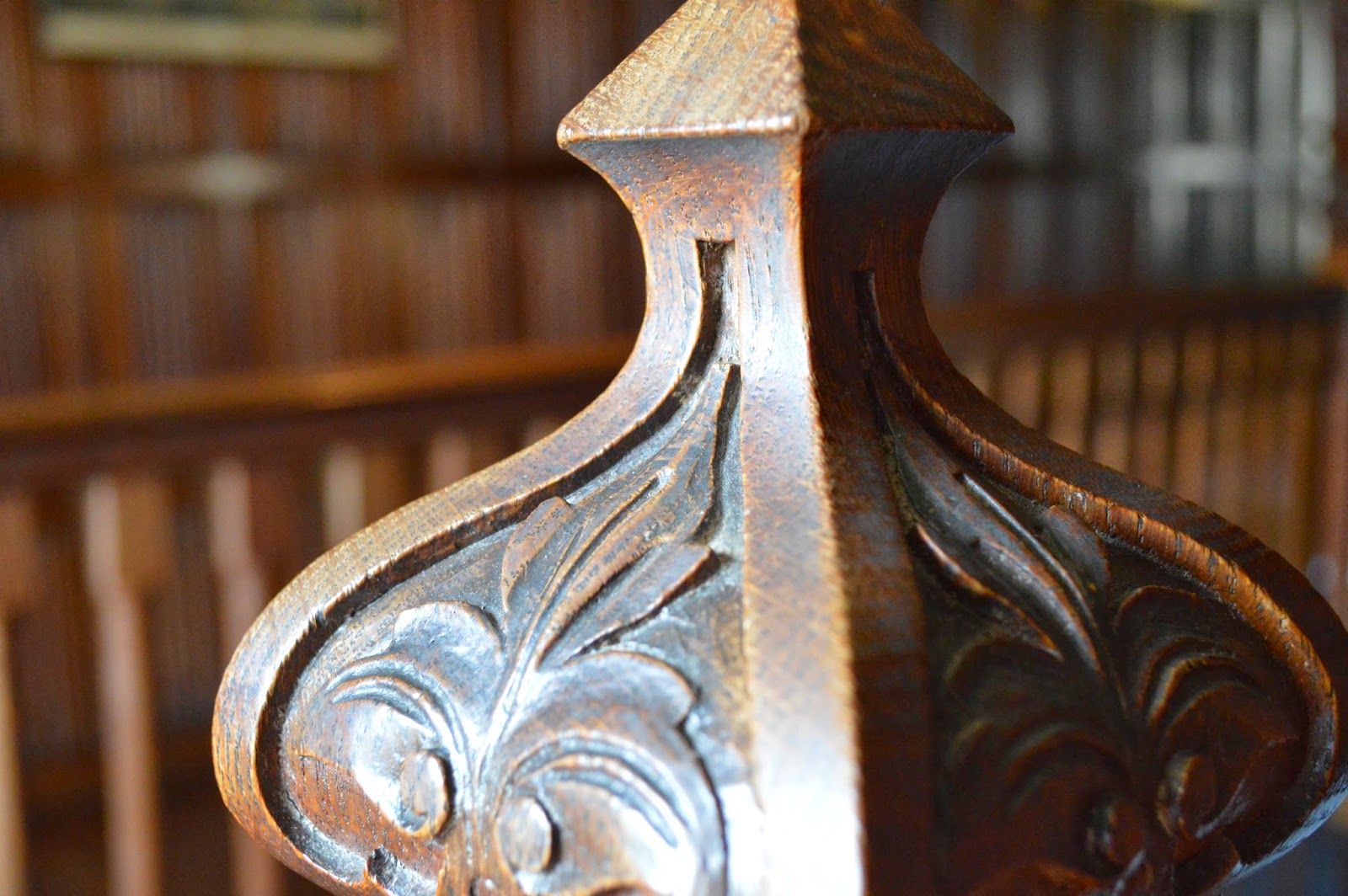 I'm not a huge fan of wooden panelling, but here it doesn't look too bad as it doesn't darken the room. 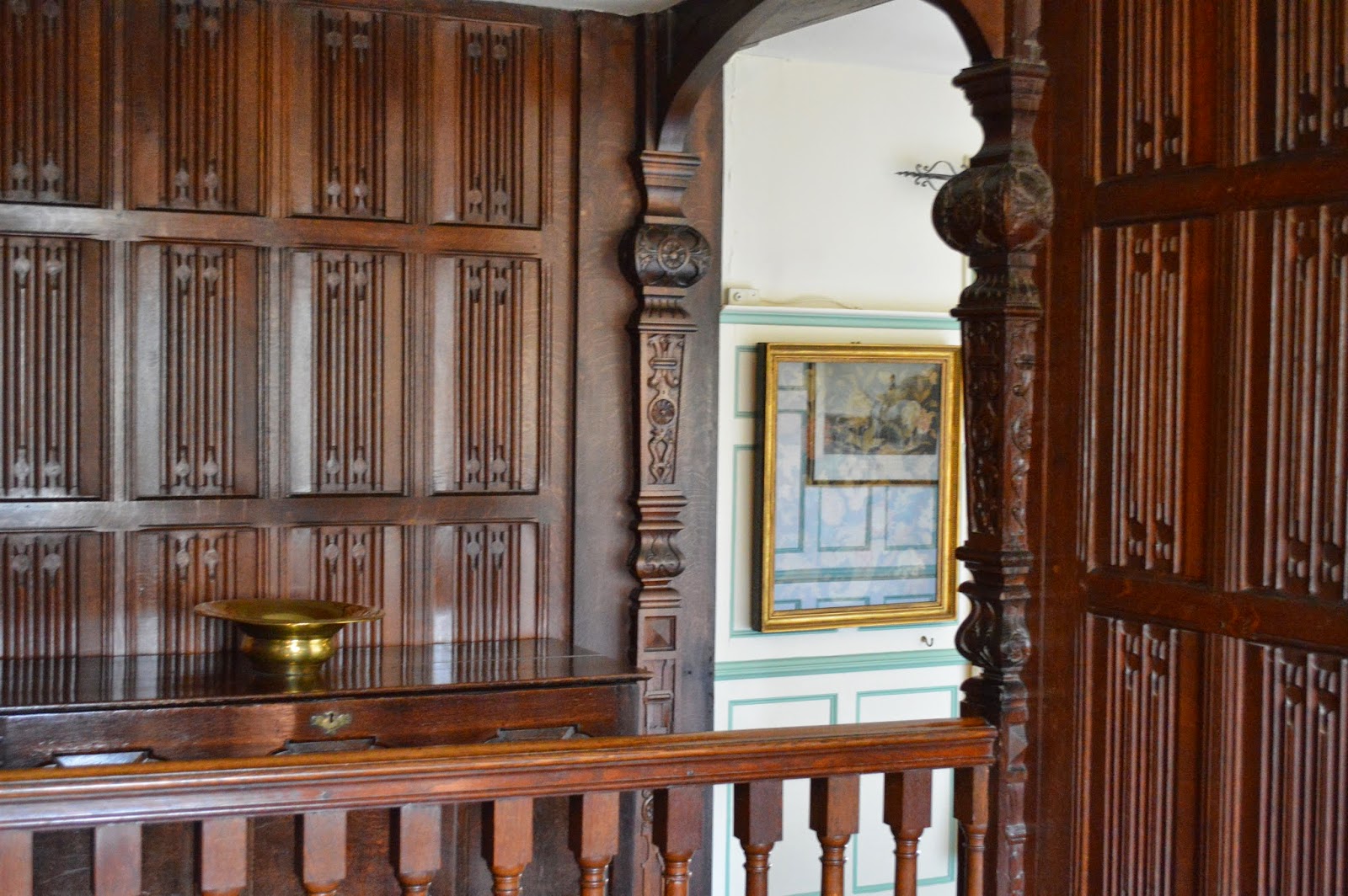 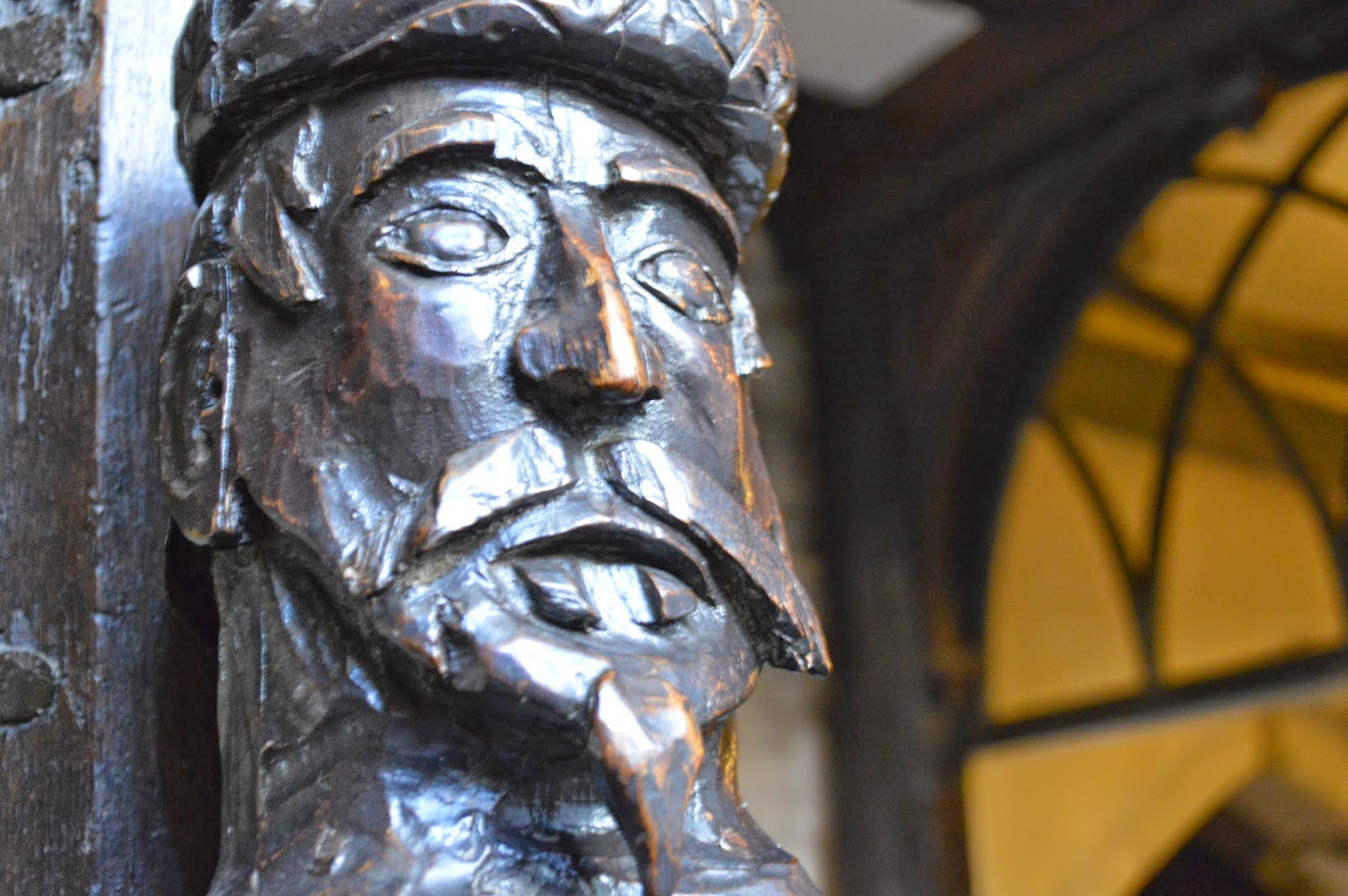 The last owner of Ightham Mote, Charles Henry Robinson only stayed in the house 14 weeks of the year, because of tax reasons- which seems like a massive waste. His desk has been recreated as it was. 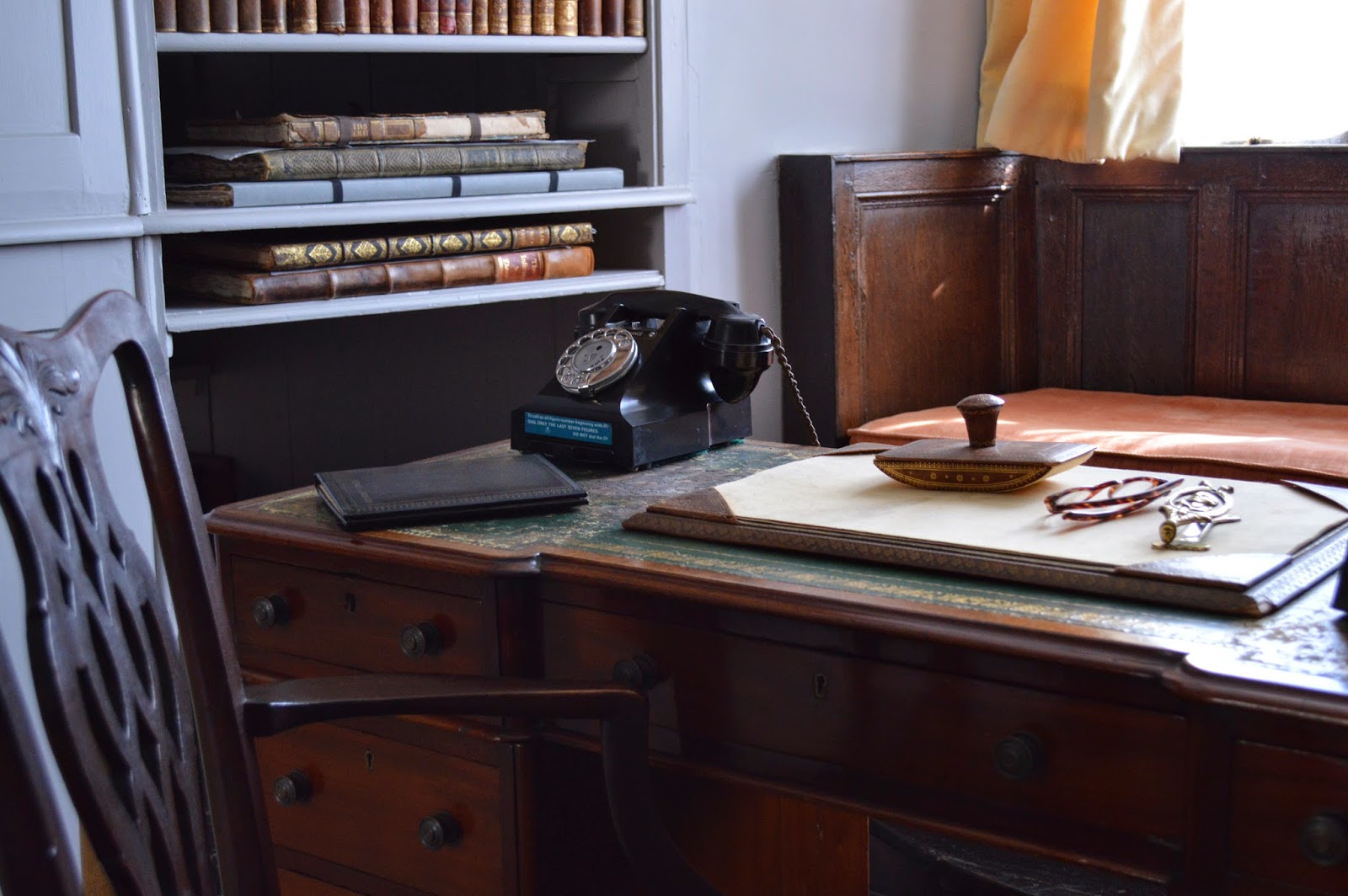 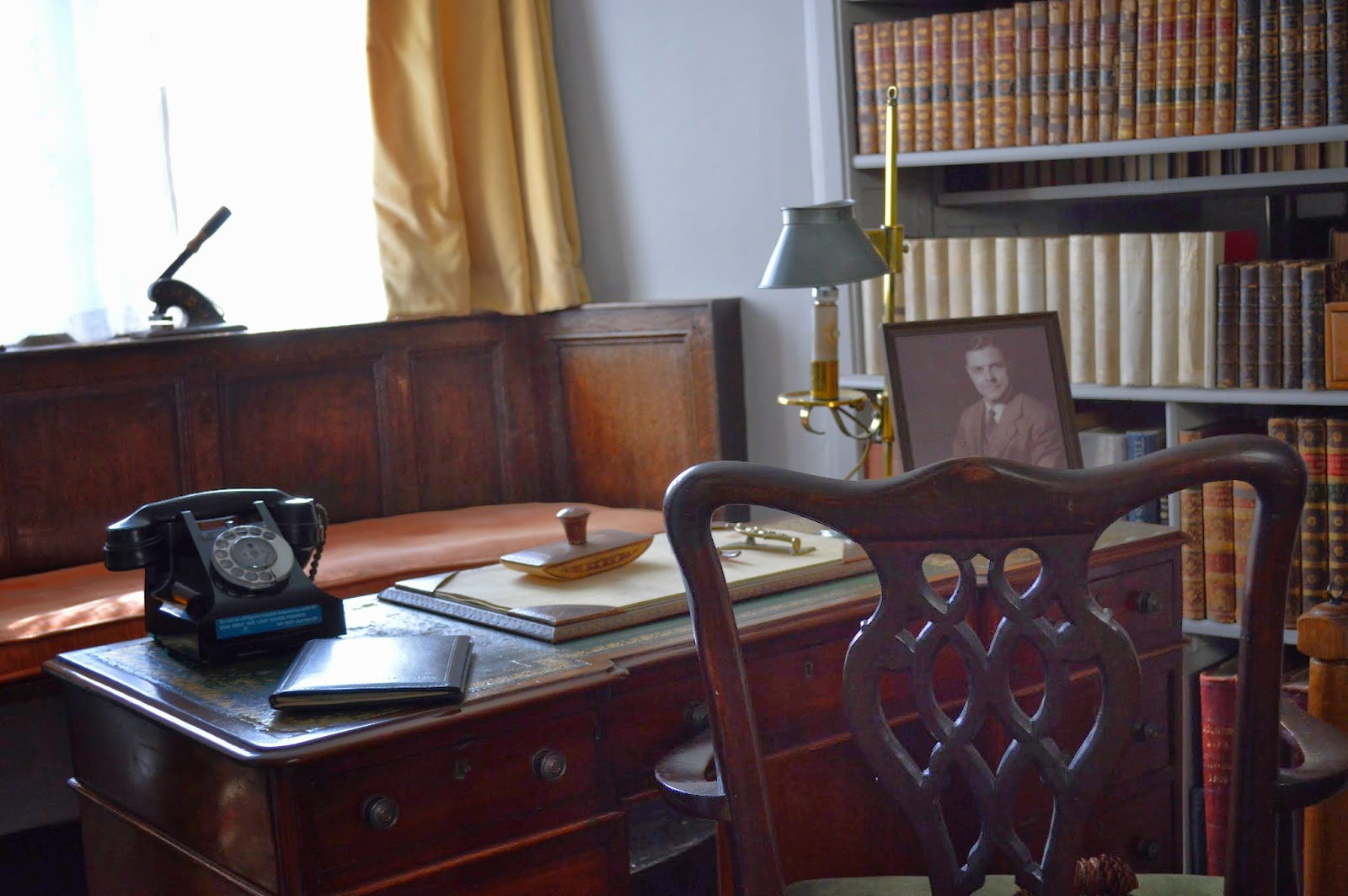