After finally convincing my mum to read The Hunger Games (which she loved by the way) I fancied reading some YA fiction of my own. I spotted the first of Patrick Ness' Chaos Walking Trilogy for a mere pound on Amazon kindle, which I quickly devoured, before scooting off the the local library to pick up the other two. 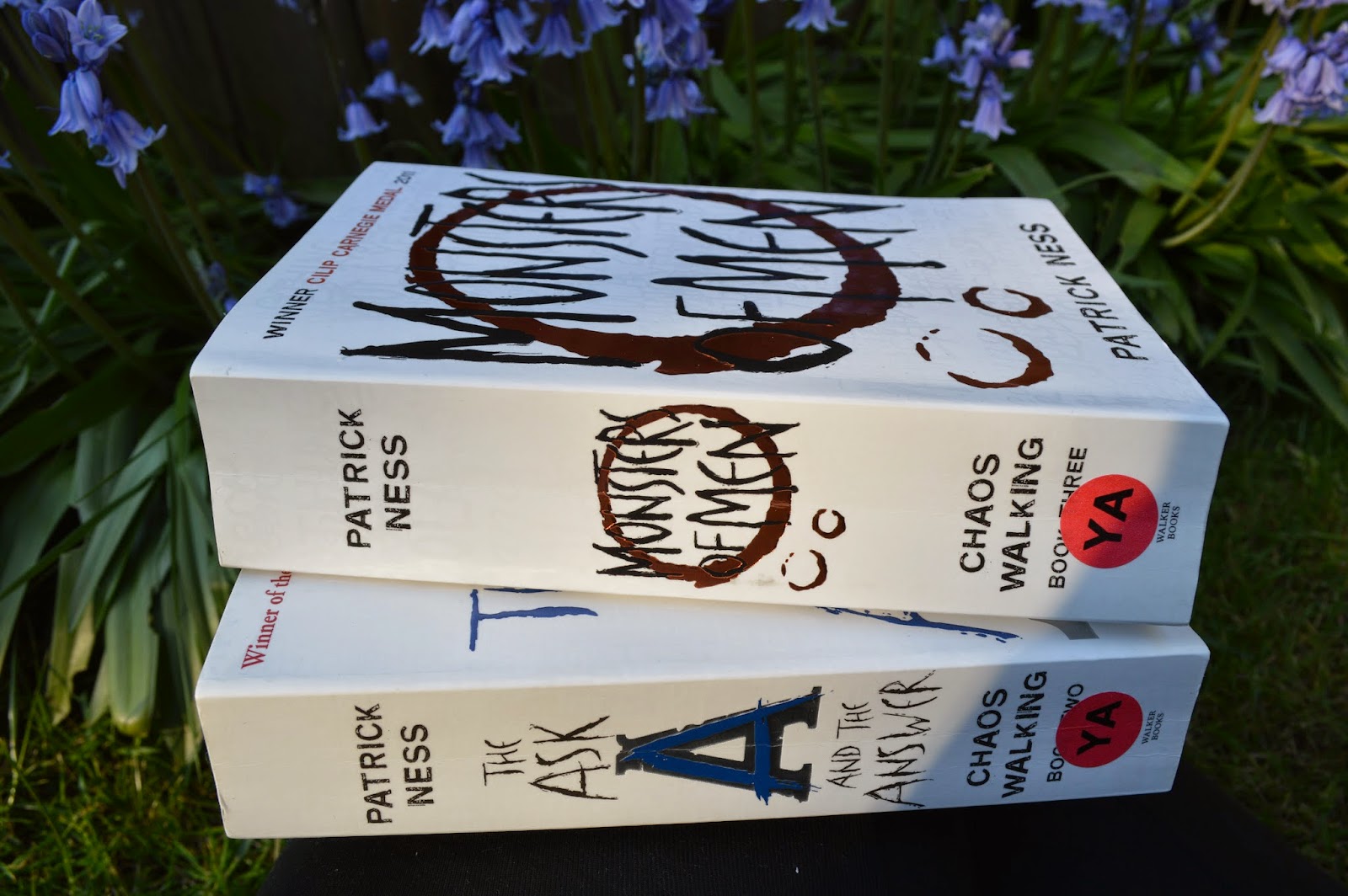 The Plot: A month away before becoming 13 and officially a man, Todd is the youngest resident of Prentisstown - a town in which all the women are dead, and the men are plagued by Noise, a telepathic disease which means no thoughts are private. When Todd stumbles upon a silence in the Noise, his discovery has far-reaching consequence which threaten the survival of the entire planet. 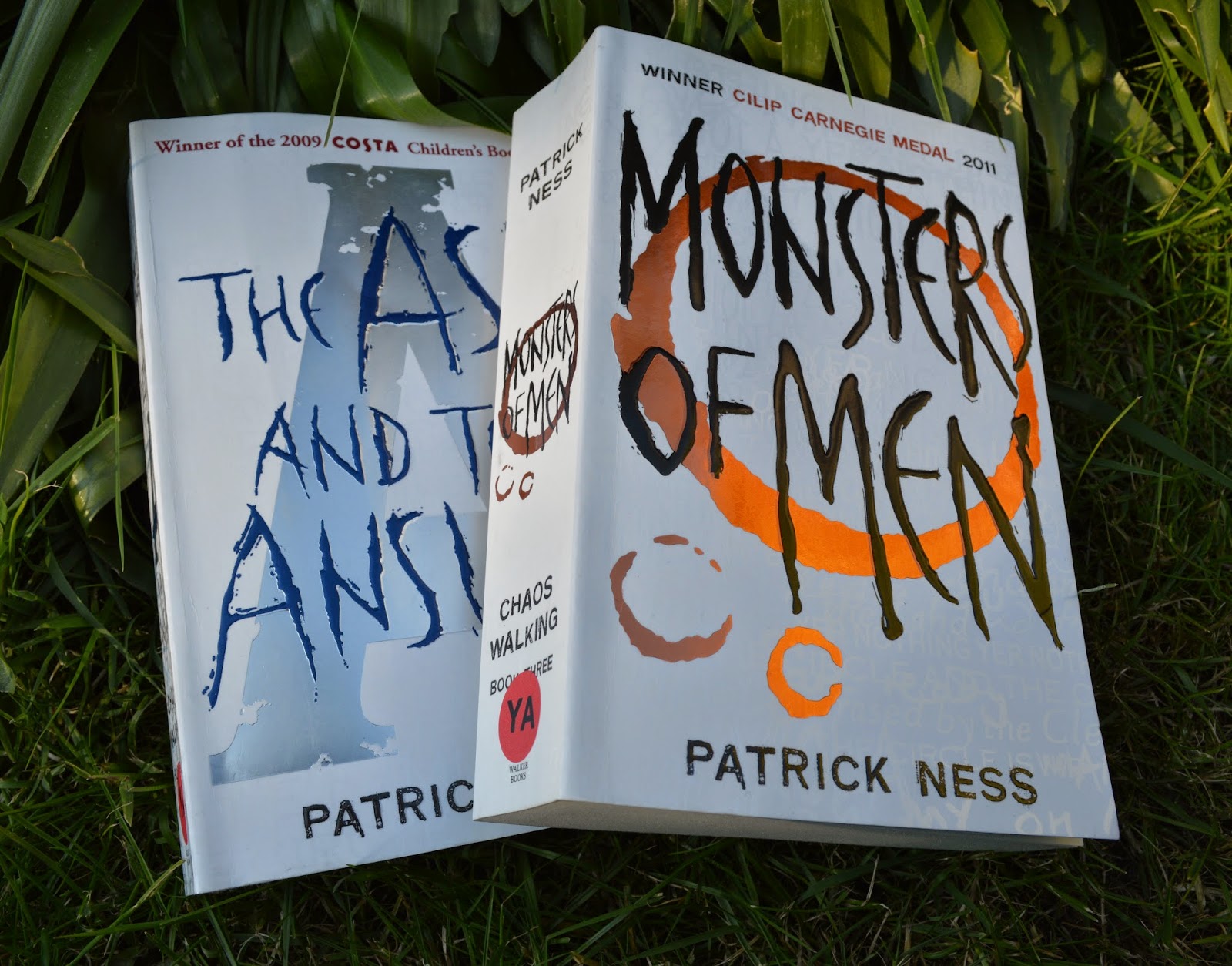 Rather than reviewing the books separately, I'm going to lump them all together, so I'm going to put spoilers under the cut. However, in brief, if your perhaps looking for a book for adolescents/teenagers Chaos Walking is not a bad idea. In my opinion, it lacks the brilliance of  His Dark Materials or The Hunger Games, and isn't as a successful as them for YA/adult crossover, it's not without merit though. The initial premiss, pioneers to a new world and the complication of Noise, is clever and imaginative. My main gripe is with the main protagonist Todd, but like I said spoilers under the cut:-

I'm not sure if the author intended me to like Todd or not, but by halfway through the second book, The Ask and the Answer I downright loathed him. He started of fine, innocent and compassionate, but descended past the point of redemption. Personally I don't think someone who murders a sentient humanoid, (the planet has aliens, called Spackle) is a slave overseer and is complicit in the torture of women and dissidents is a moral person. Also, neither are these actions excused or redeemed because he's got a crush on the female protagonist, Viola. Todd's love for Viola is meant to be the justification for his behaviour, but I just find that weak. He's certainly not a hero, and it is depressing that he is held up as some kind of saviour and hope for the future in the conclusion of the trilogy. Viola, and the planet can do a lot better.

Speaking of Viola brings me to another criticism of Chaos Walking, for a series that touches on divide between men and women and gender inequality it still manges to be misogynistic. Viola is mute throughout the first third of The Knife of Never Letting Go, and it really got on my wick. Luckily she is given a POV in the other books, and becomes a (nearly) fully developed character. The women in the novel are silenced not only because the Noise virus doesn't effect them, but also because they are marginalised by the author. Viola and Mistress Coyle would make much more interesting main characters. 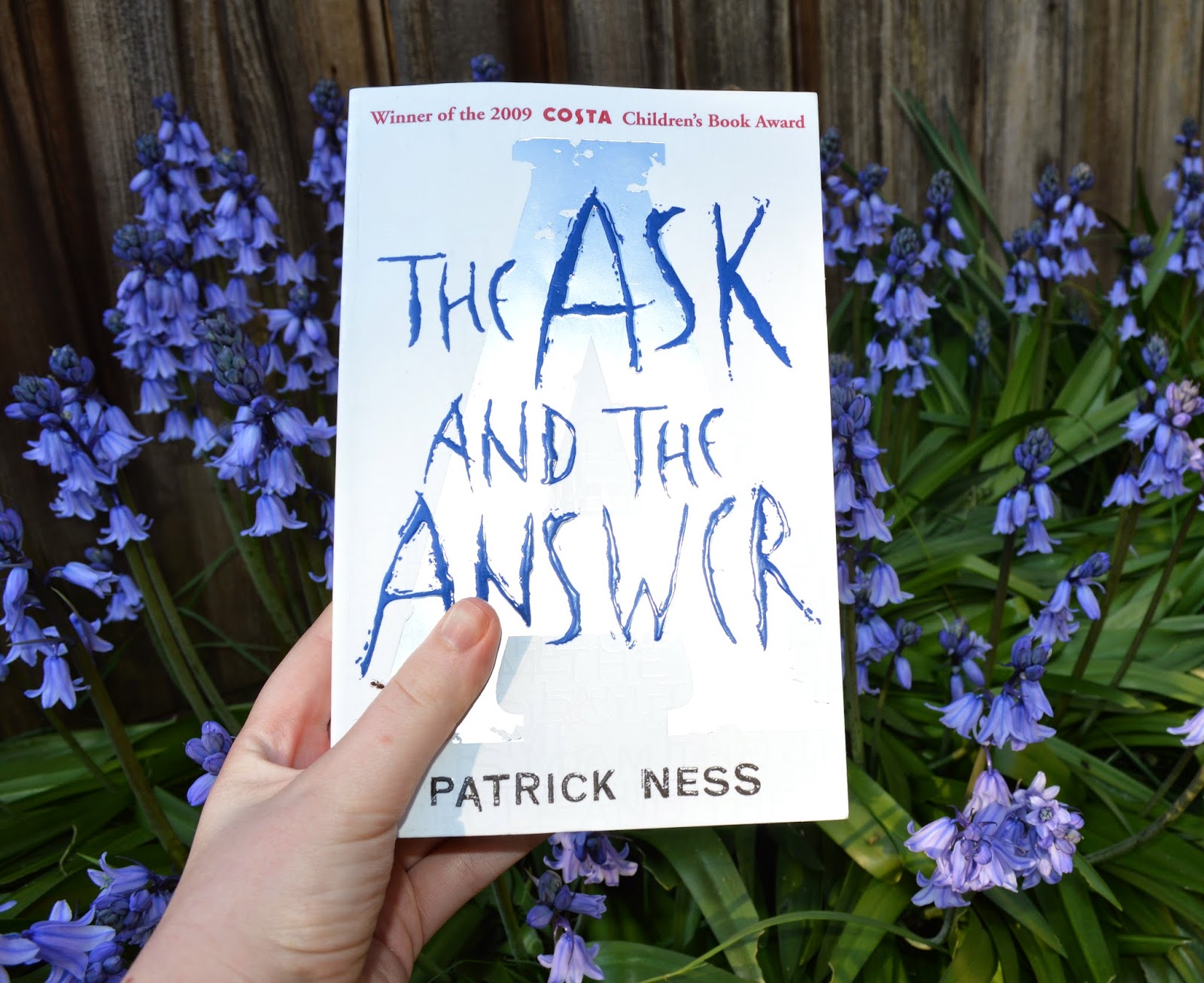 Mistress Coyle is the leader of an organisation that is fighting to remove Mayor Prentiss from power. The Mayor is the villain of the piece, a dictator that gradually strips people of their freedoms and rights and orders a genocide, oh, and yeah mentors Todd (see, another reason why Todd isn't the good guy, he totally wants approval from Prentiss). Mistress Coyle is my favourite character of the series, and in my opinion, unfairly done by. There's that famous quote 'one man's freedom fighter is another man's terrorist', and Mistress Coyle decidedly falls in to the category of freedom fighter. Her methods are extreme, indiscriminating bombing, but I can't hep but think she's justified; her entire gender has been systematically abused, branded and imprisoned. Surprisingly though, Mistress Coyle is viewed by Viola and Todd as on a par with Mayor Prentiss. 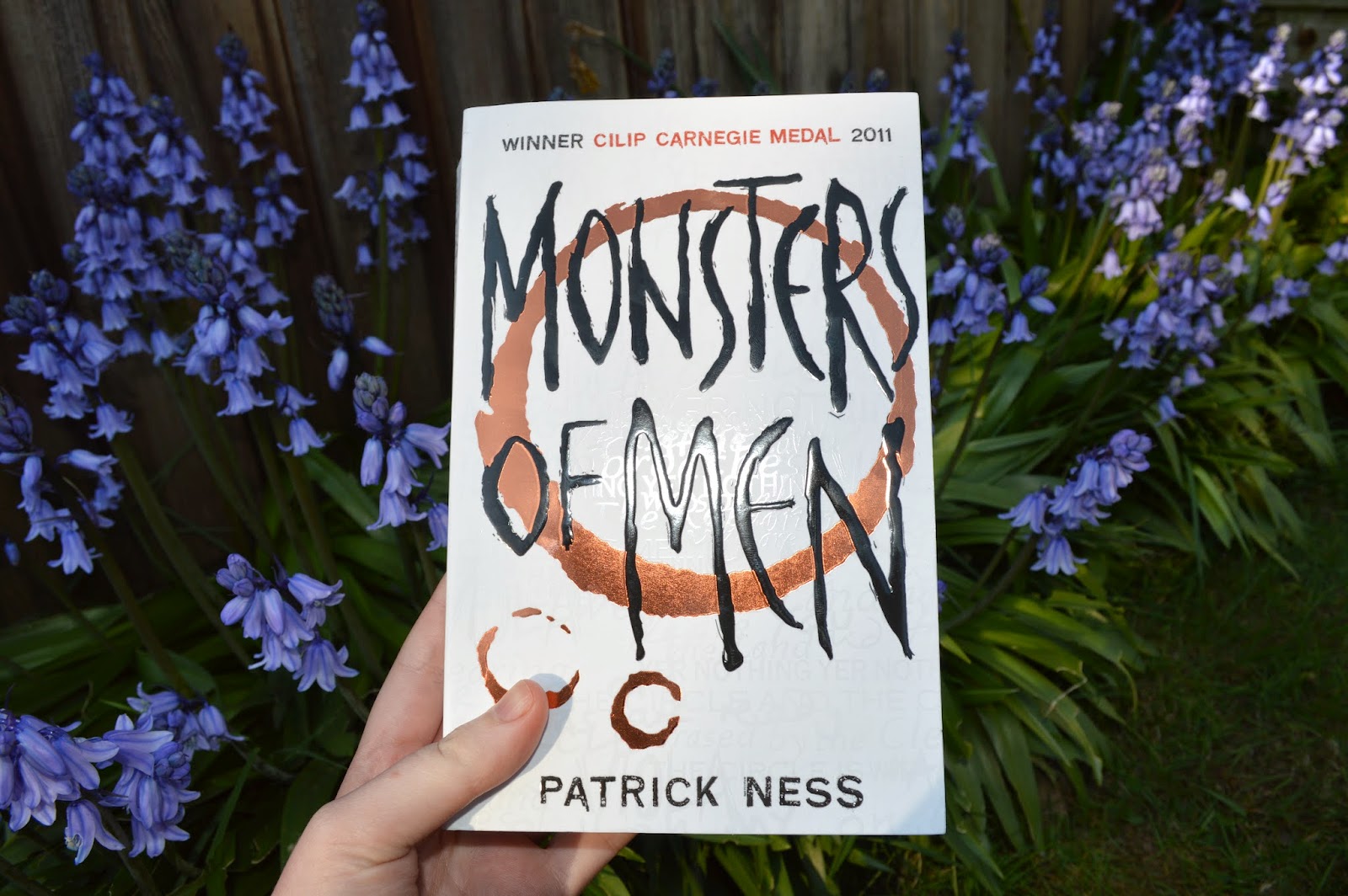 Now I've finished ripping Chaos Walking to shreds, let me tell you what I liked. The trilogy has excellent momentum, I was engaged until the end and read them quickly as I wanted to know what was going to happen. Though there are descriptions of peril and abuse, it is mainly implied, so I would say the books are appropriate for ages 14+, and I'm pretty confident Chaos Walking will appeal to even reluctant readers. Ness is to be applauded for attempting to write a YA series that brings attention to complex and difficult themes, such as gender-violence, genocide and slavery, even though his approach is not without problems, it certainly isn't without merit either.

Too be improved, I wish the Trilogy had gone beyond the current time scale. *Massive Spoiler* when peace is eventually reached between the Spackle and the humans, I wanted to know is the truce is actually workable, considering that for it to work, the Spackle will have to forgive atrocities, genocide and the invasion of their homeland. Women will also have to forgive and forget, even though they will have the daily reminder of a brand on their arms. I'm doubtful that peace could actually hold in these circumstance, though I suppose if you look at the real world, post-apartheid South Africa, or after the genocide of Tutsi in Rwanda, it may be possible, though not without some major problems. Personally, I think the series would have been stronger if some of these issues were explored, if it looked at the healing process and the newly established order, rather than ending at the peace agreement.

Whoa, this review got mega long, but I had a lot of feelings! TLDR: a readable YA series, with some clever ideas but problematic execution. Can't help thinking it would have been better if it had been written by a women!

Let me know what you think in the comments below:-
Email ThisBlogThis!Share to TwitterShare to FacebookShare to Pinterest
Labels: book, Chaos Walking, fantasy, feminist, Monsters of Men, Patrick Ness, review, speculative fiction, spoilers, The Ask and the Answer, The knife of Never Letting Go, trilogy, YA