As I mentioned in my Red House post, whilst we were in the area we popped over to Ightham Mote (pronounced 'item'), another National Trust property. It has a totally different feel to Red House, not as much a family home, but instead a proper castle. 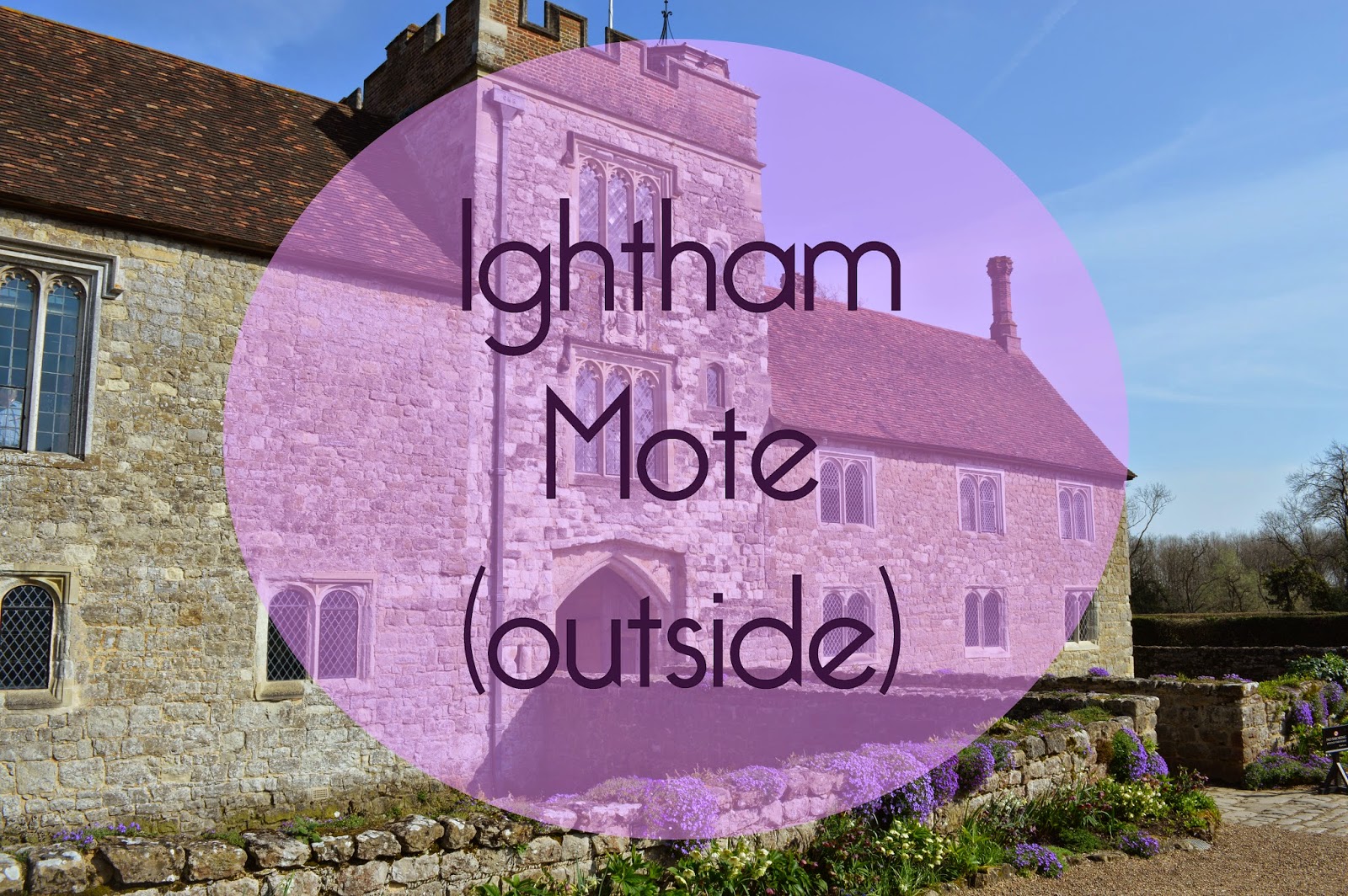 It wasn't owned by anyone notable, just courtiers of Henry VII and later new money Americans, but the building is fantastic- a combination of fortified stone castle and Tudor, wooden beamed manor. 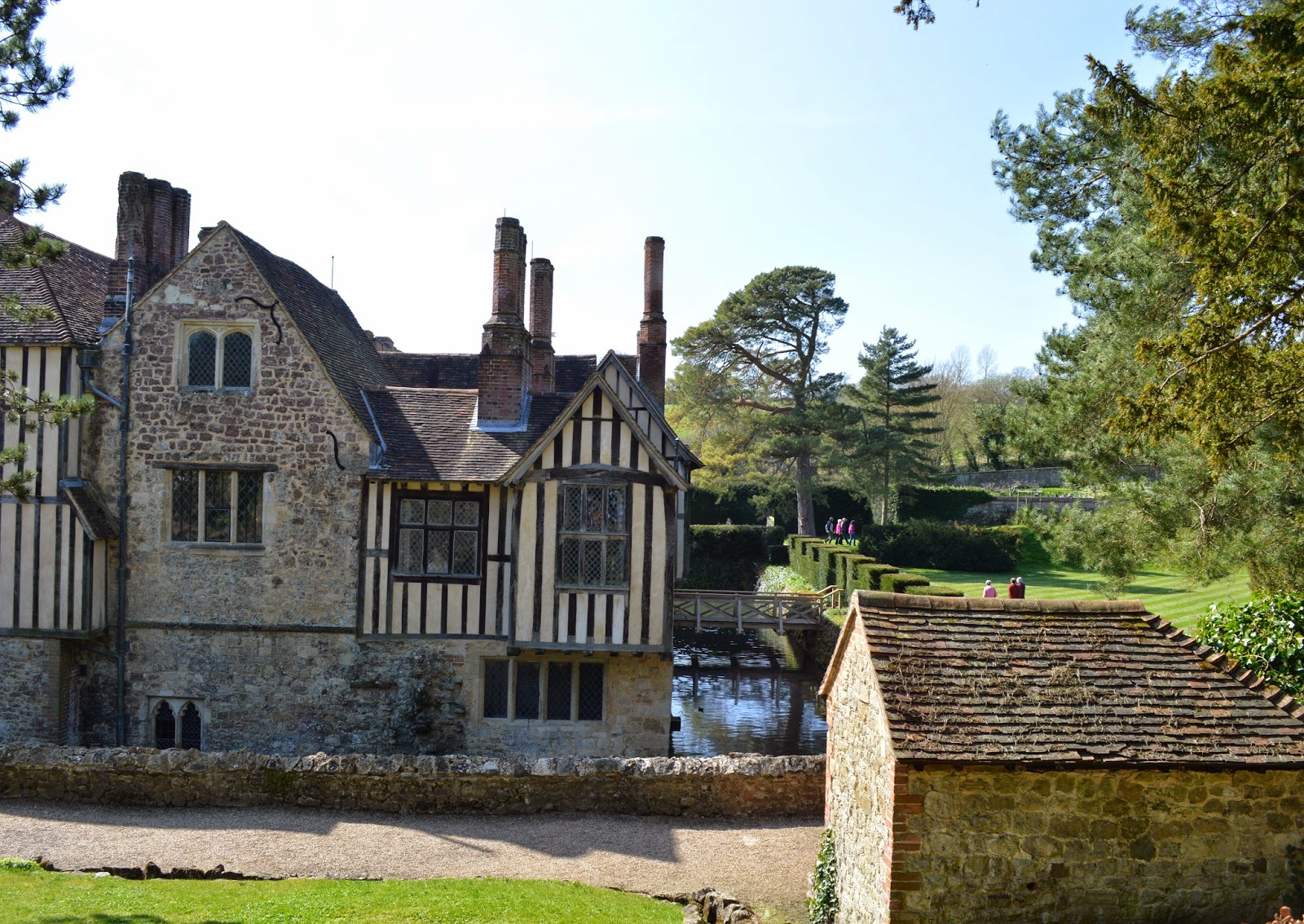 There is Grade I listed dog kennel, so of course I had to crawl in, surprisingly roomy! Although I was fine getting in, I got a bit stuck on the way out. 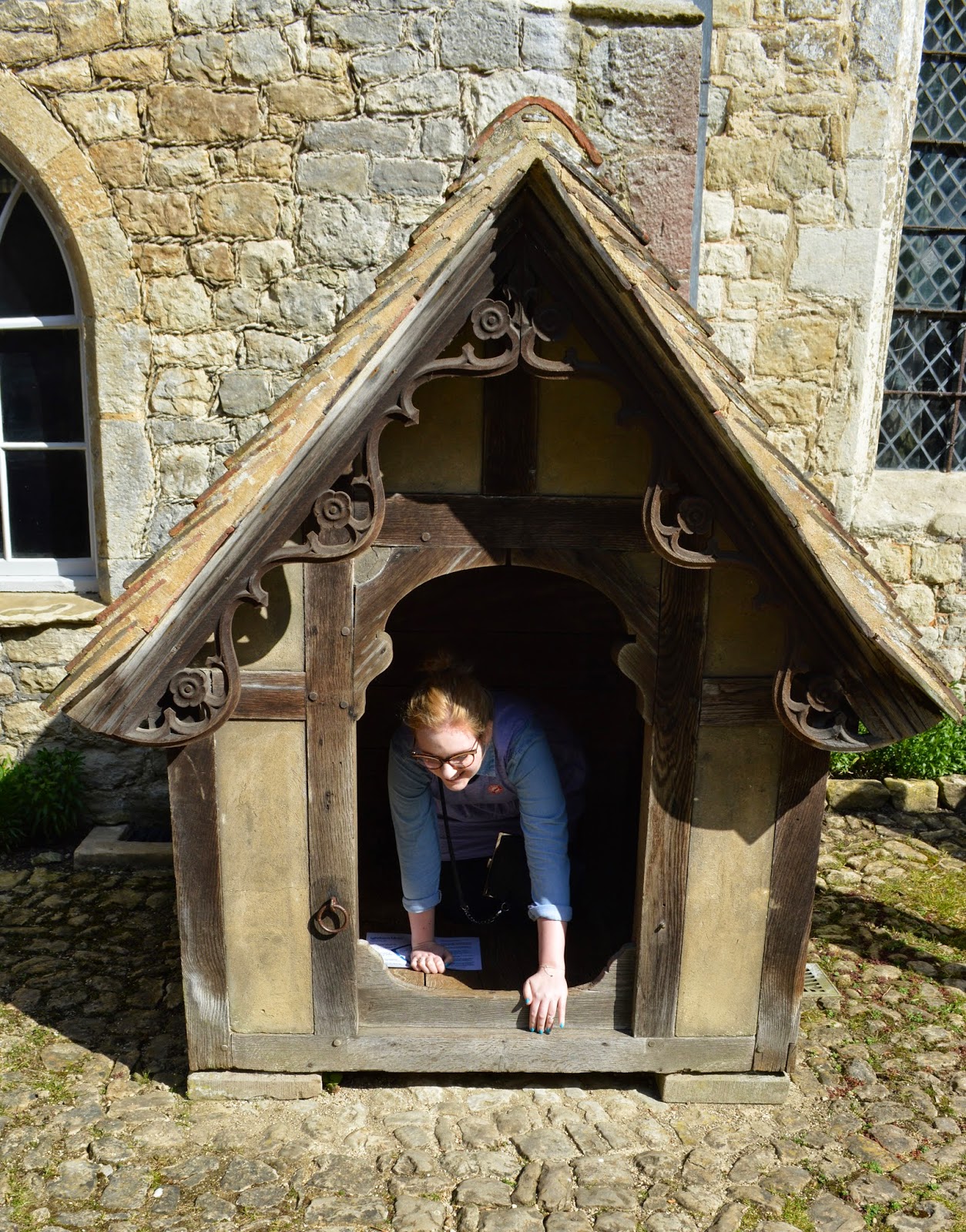 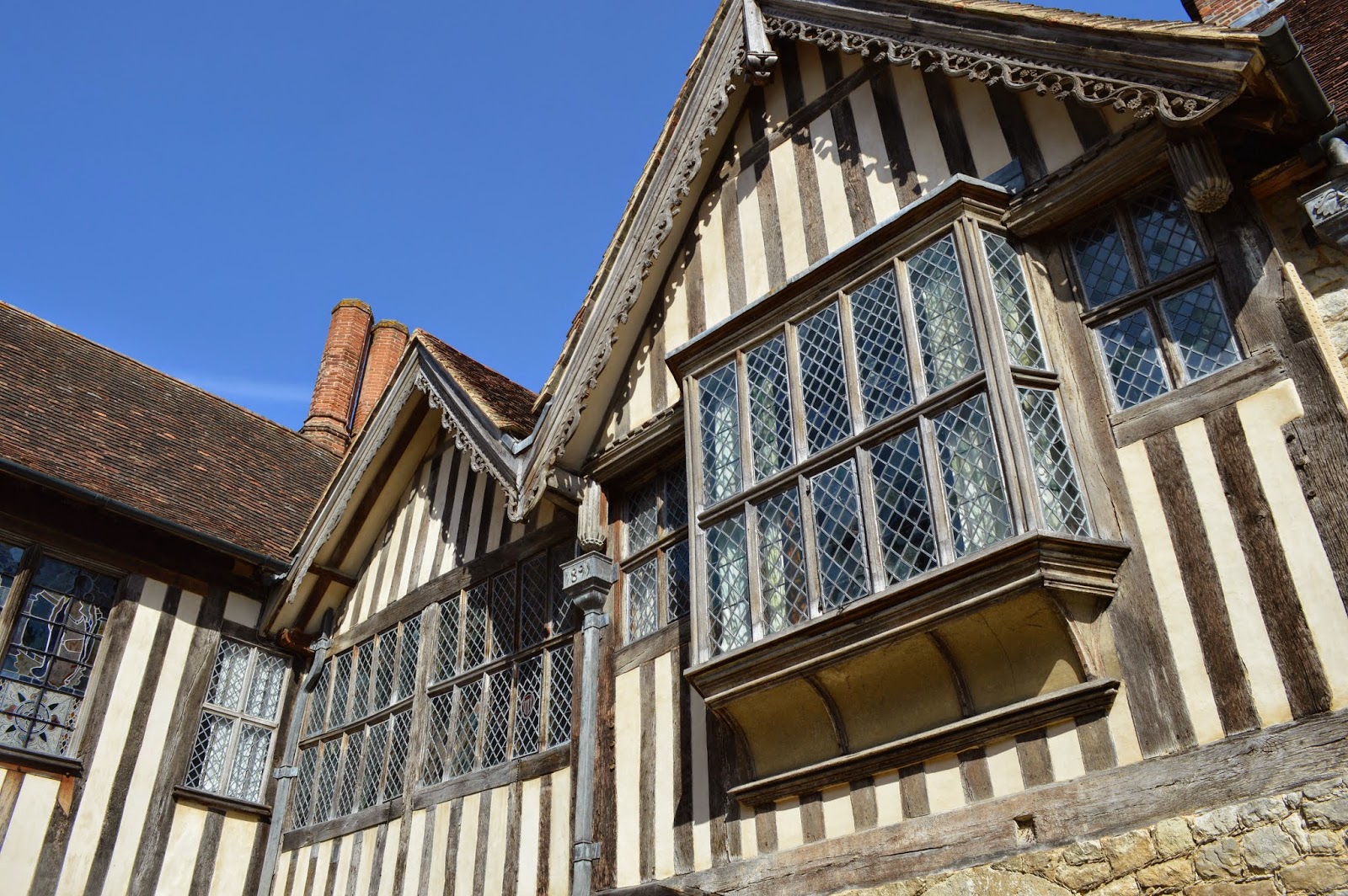 Ightham has evolved over the 700 years of occupation, and its intersting to see where parts have been added to and changed. It was around the late 15th Century that is was remodelled around a fashionable courtyard. 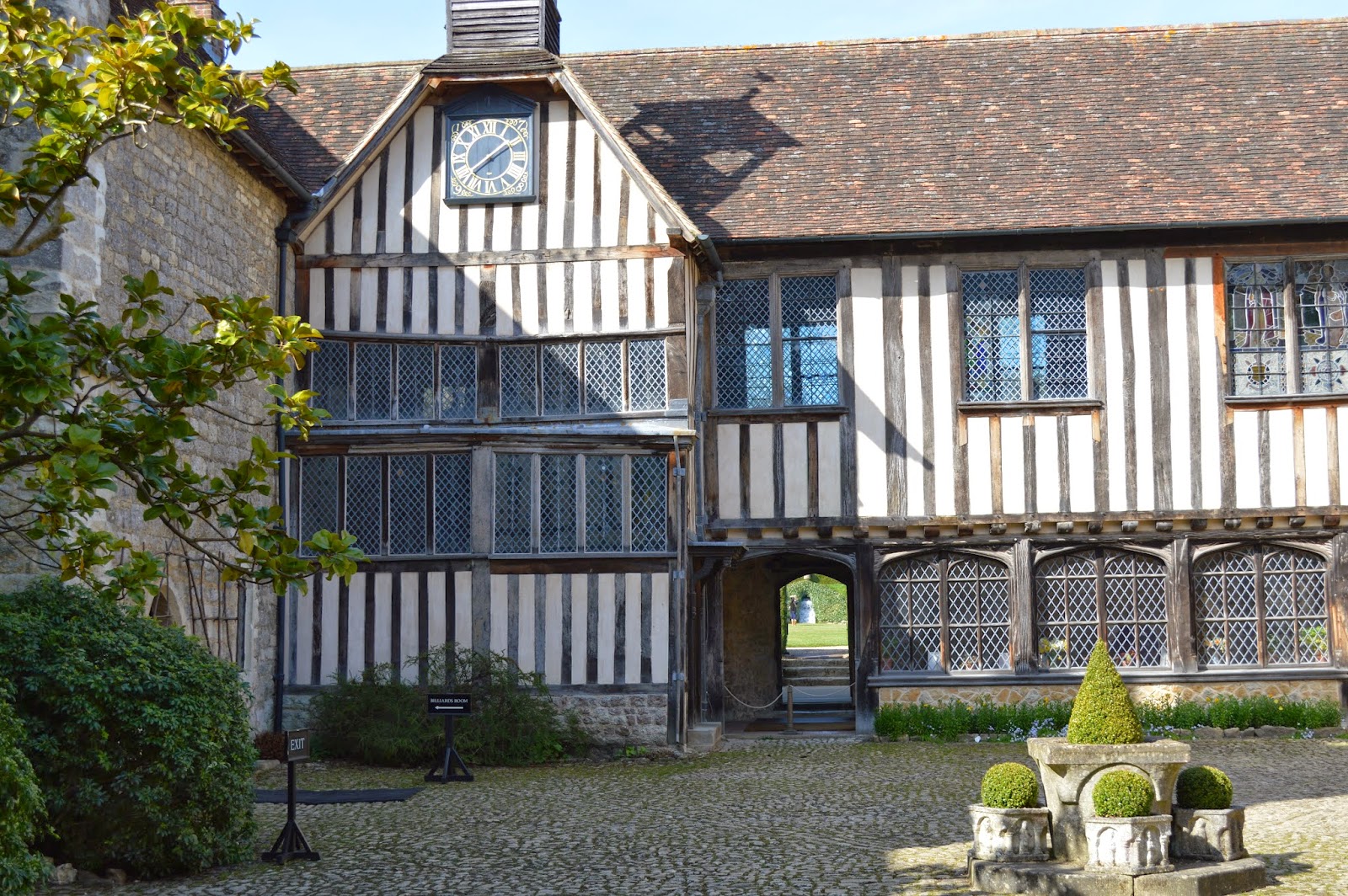 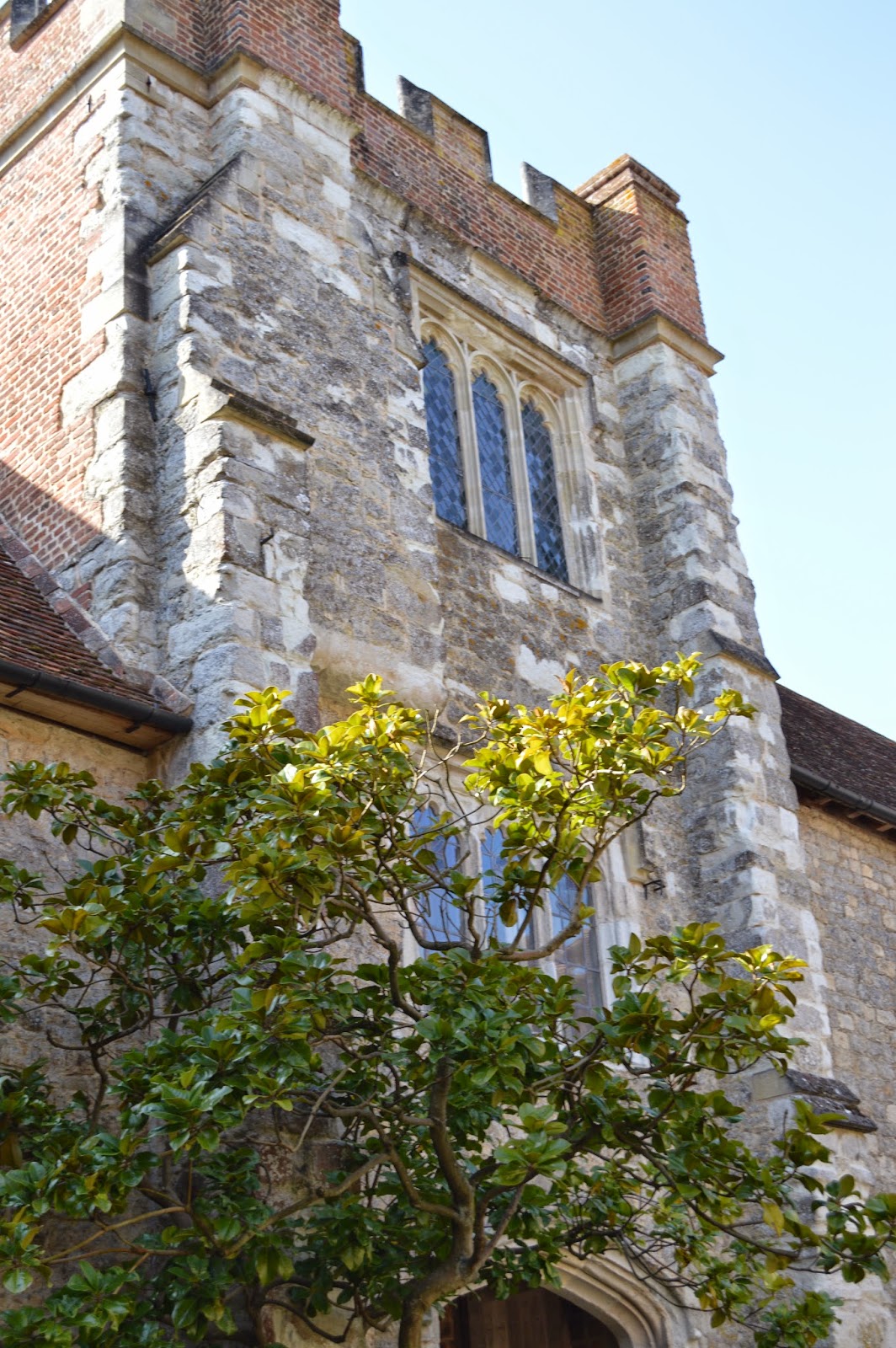 The renovations that took place once Ightham became part of the National Trust cost over £10 million, which is unsurprising as it's so large. 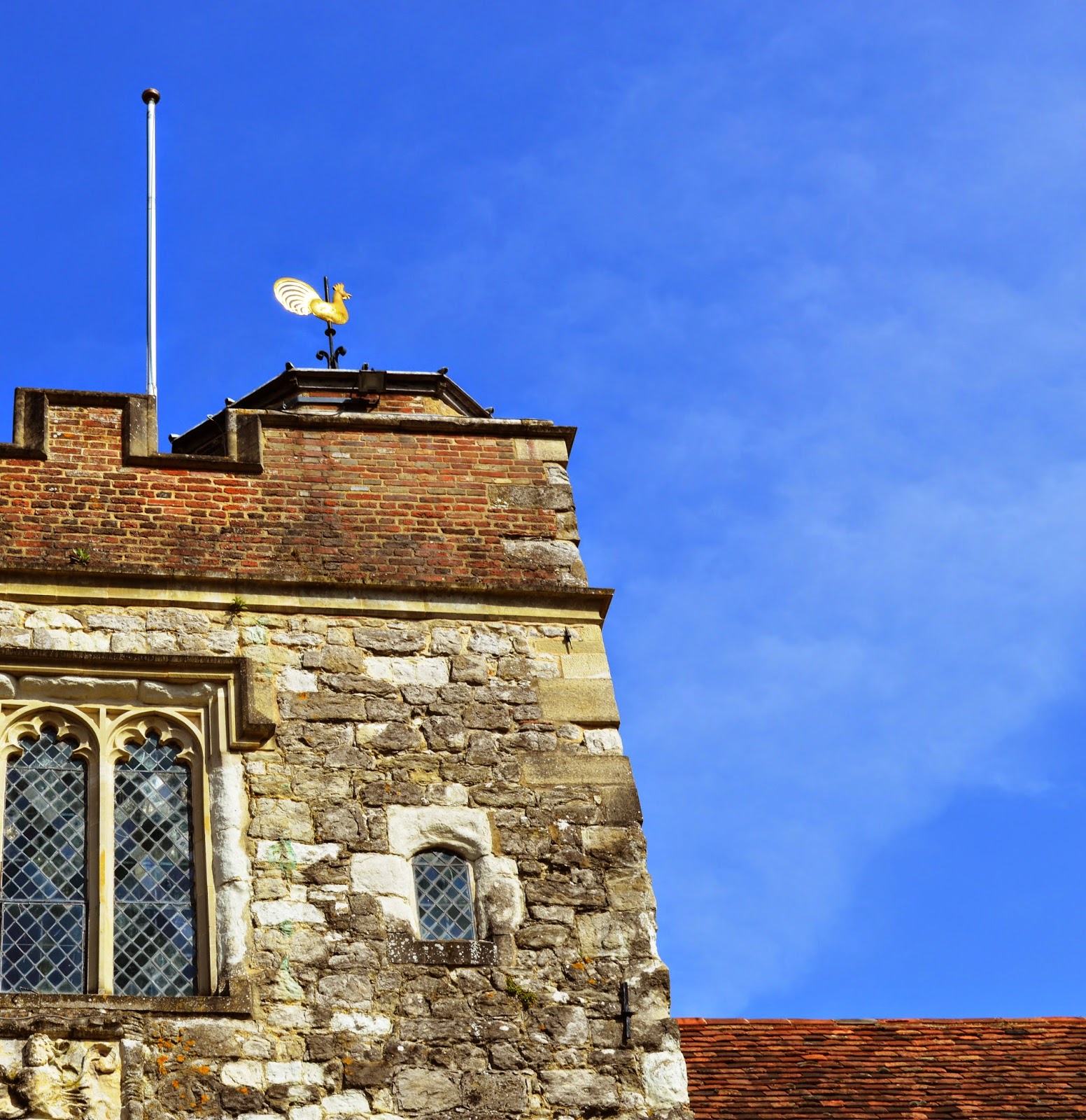 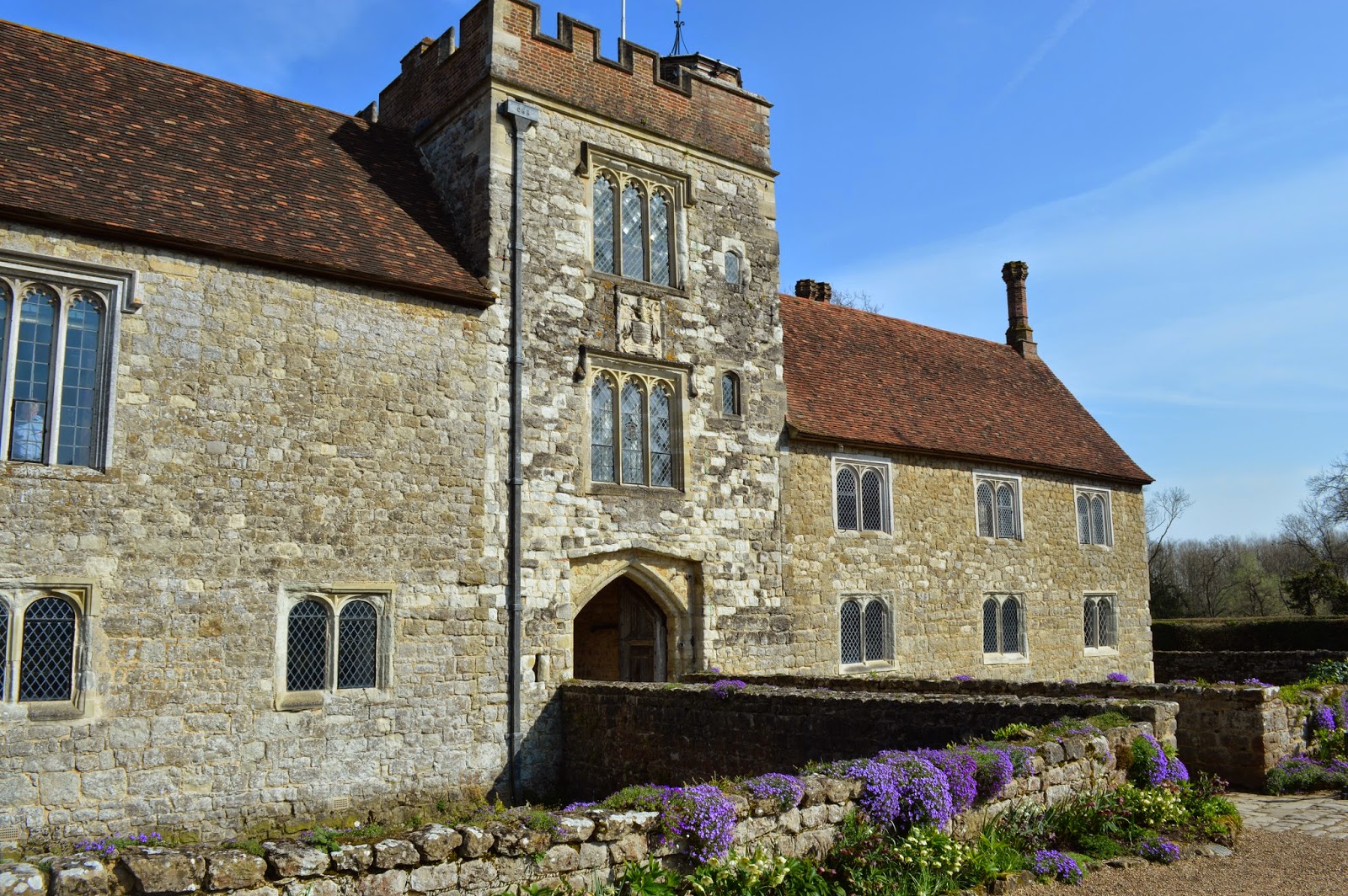 There are large grounds and a woodlands as part of the property and it also looks like they are building a children's playground as well. 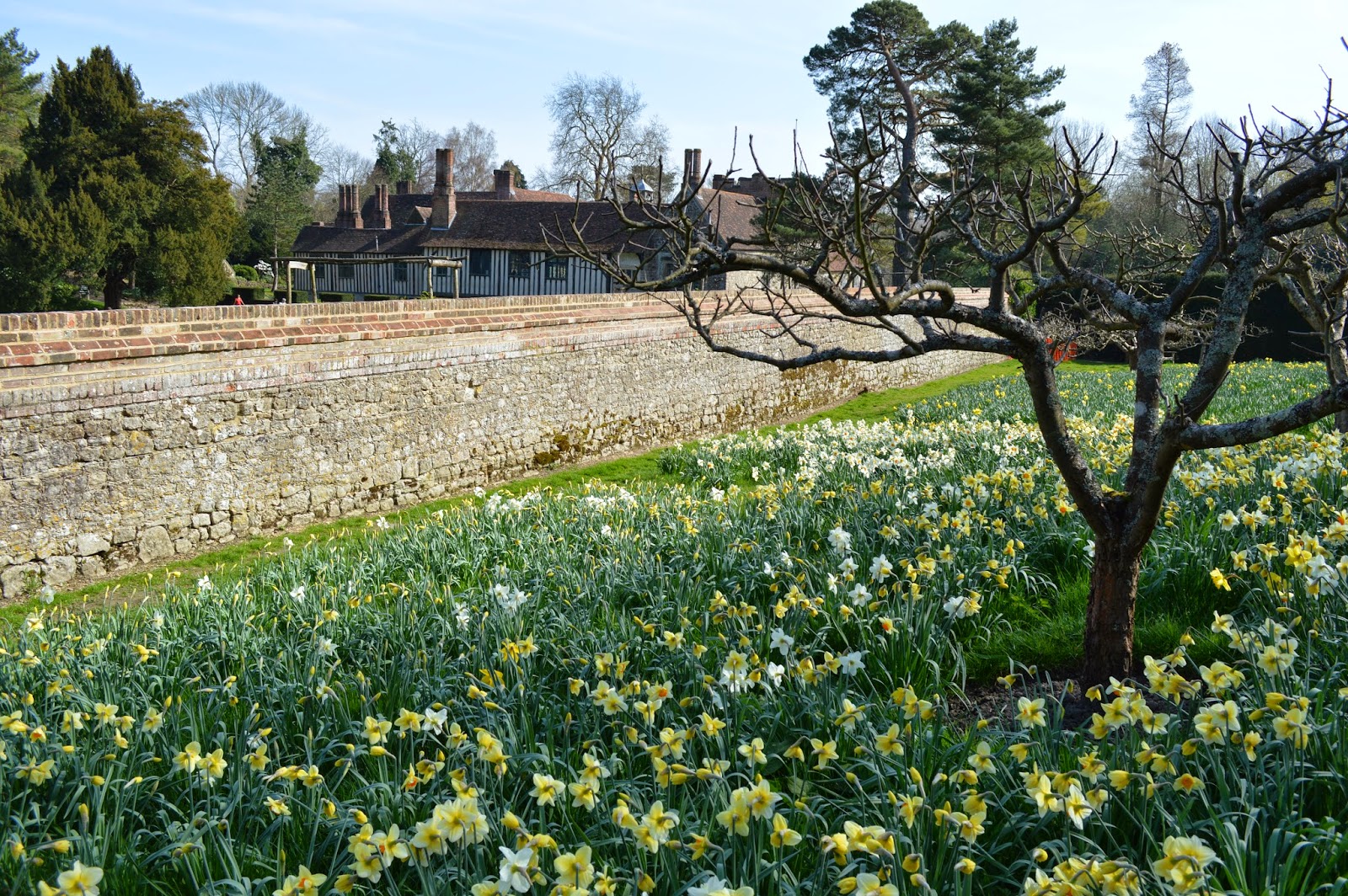 The grass was still damp and muddy so we didn't sit out, it'll be a lovely place to spend the day. Though we didn't make the most, there are deckchairs and picnic blankets available for free. 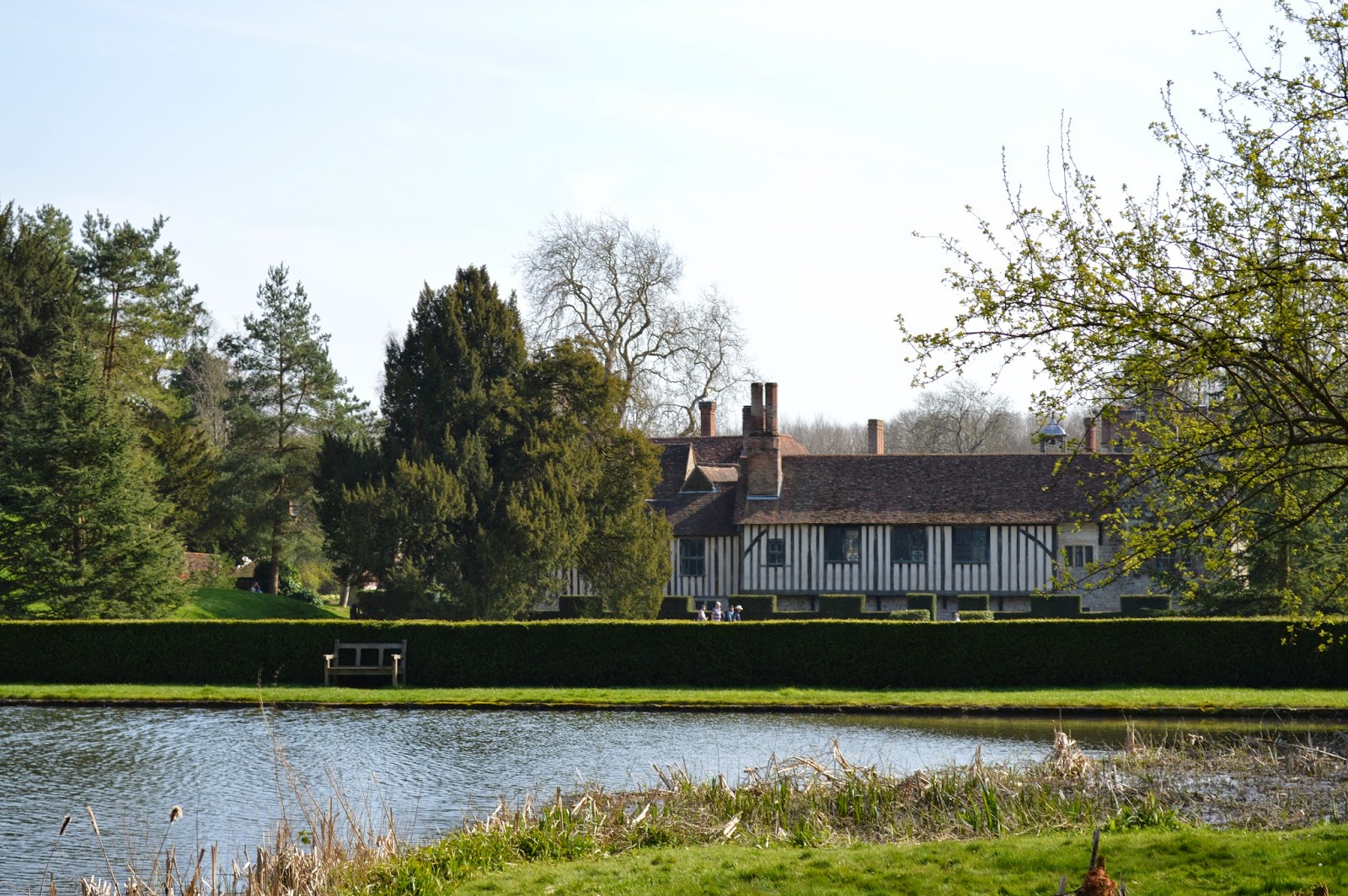 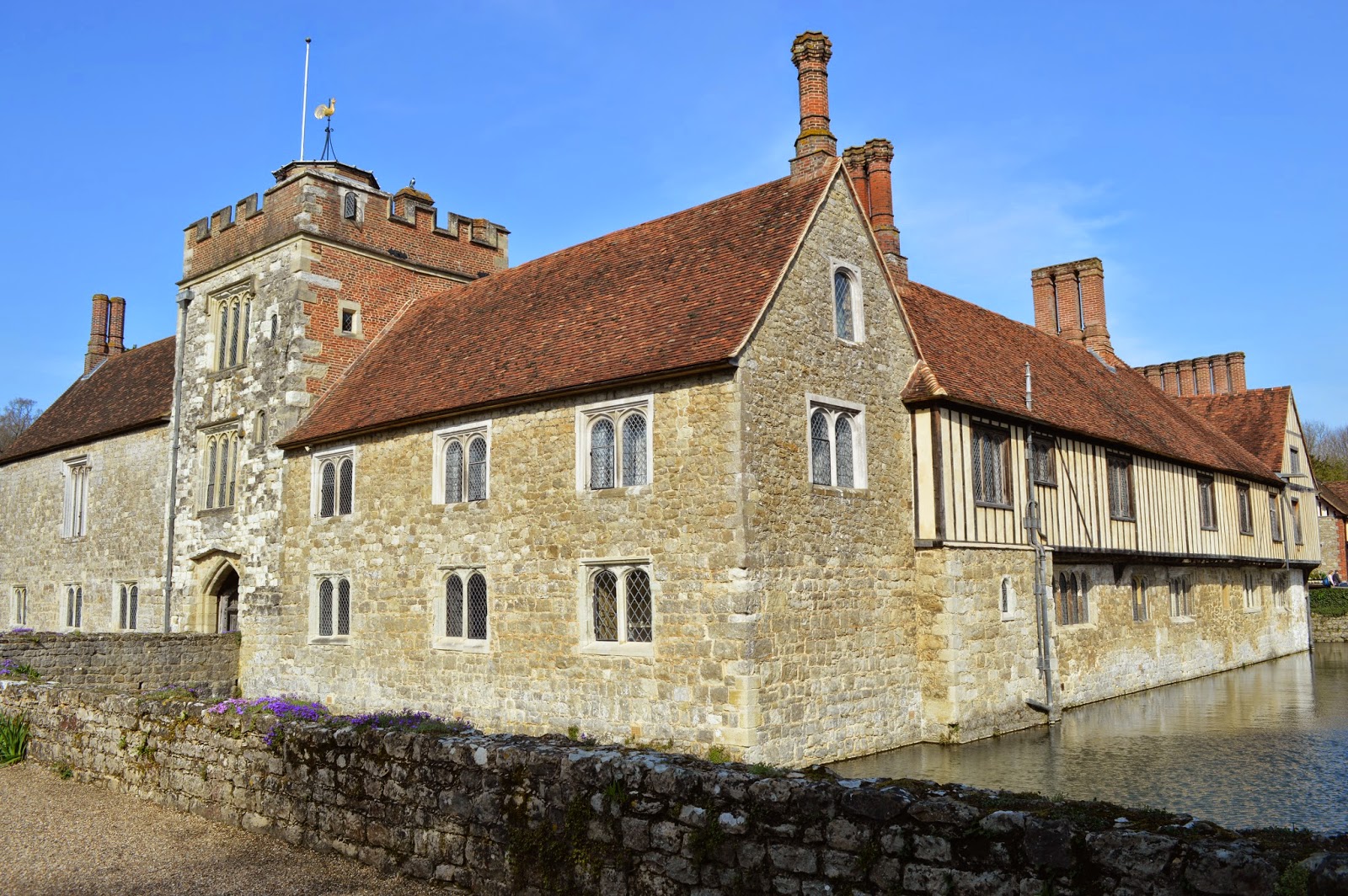