The Children Act  by Ian McEwan is no doubt going to be a middle-class, dinner party conversation starter in the next coming months. Especially as it is so topical, with the recent media circus about Ashya King- a young British boy suffering from leukaemia, who's parents were arrested when they disagreed with the hospital's treatment options.

So if you want to be able to bluff your way through that dinner chat- read on.... 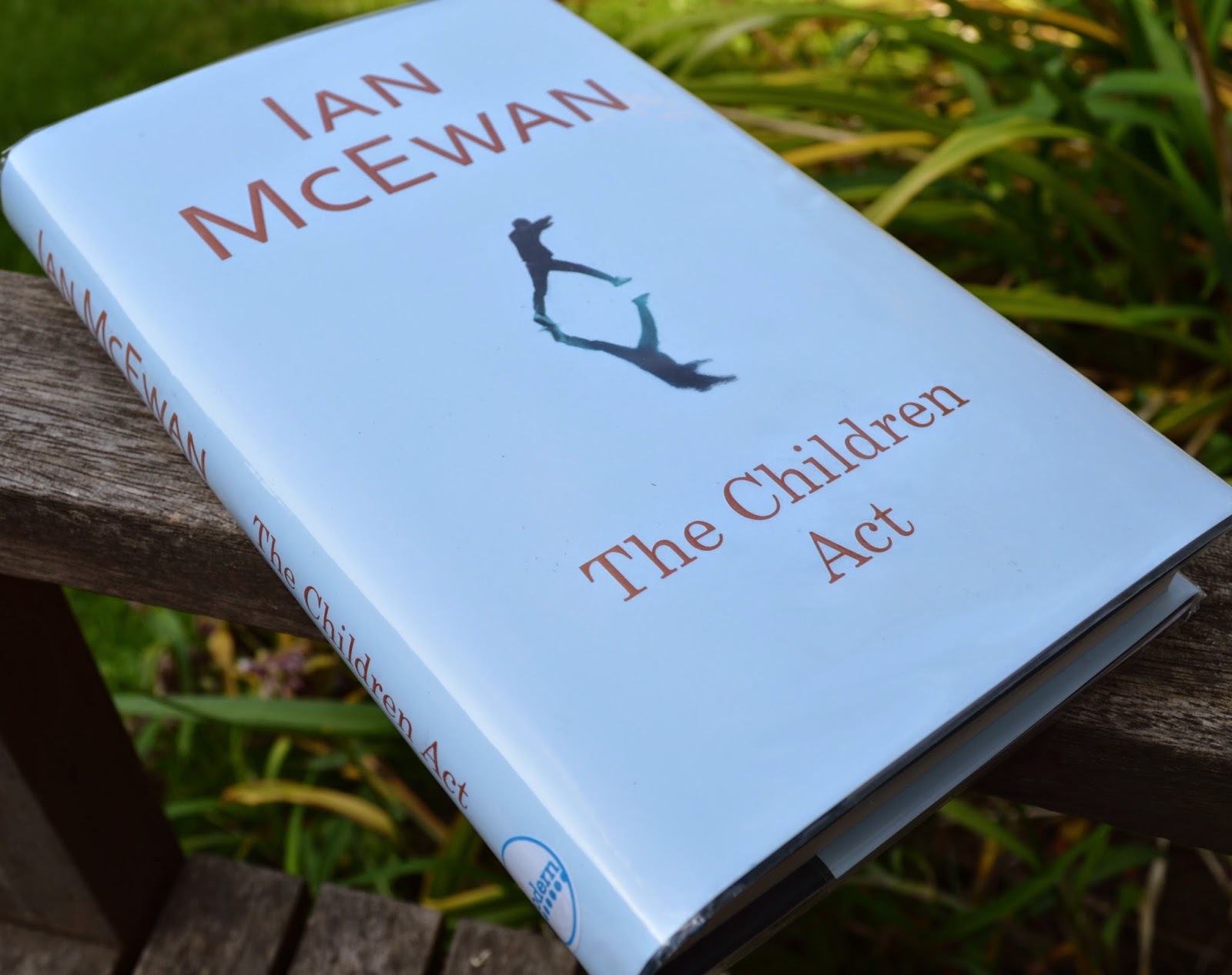 The Plot: As her own marriage is in turmoil, judge Fiona Maye presides over cases in the family court. Adam, is refusing treatment that could potentially save his life, his objects stem from his strong religious convictions, and his equally devout parents share his wishes. As he is just shy of his eighteenth birthday, ans therefore a minor, Fiona must make a decision about whether or not Adam's wishes can be overturned and treatment administered. Her judgement has unexpected, and significant consequences for them both.

The Children Act is a book written to be discussed. From the interviews with McEwan I've read, he does have an agenda, he explores complex issues in the novel in a fair, unbiased way. There is a lot of food for thought with this book, my mum read it before me and she was itching for me to finish so we could talk about it together,

After reading this I felt more informed about the legal process, and what it taken into account when making a ruling. First, Fiona has to decide if Adam is of sound mind to make a decision, if his choice is his own or whether he has been unduly influenced by his parents or church, and then she has to judge if his refusal of treatment is in his best interest.

The whole topic is emotive, and I was conflicted. Part of me thinks that as Adam is only a few months off been a legal adult, and is regarded as astute and intelligent his choice should be of paramount importance. I strongly believe in body autonomy, it's a fundamental right to be able to choice what happens to your own body. So, this makes me inclined to believe that Adam should be able to refuse treatment. On the other hand, seventeen is an impressionable ages, and I understand that the situation can be seen as a child protection issue. Plus, it's a very young age to die, especially if there is a potential cure. See what I mean, you'll go back and forth with who you agree with when reading The Children Act. I don't want to spoil the book, so I'm not going to even hint at which way the judgement goes.

My only criticism about The Children Act is the drama between Fiona and her husband distracts from the court case. I know these parts were useful in developing Fiona's character, and show how difficult it is for judges to be impartial when external circumstances have an influence.

I would say that The Children Act is a accomplished novel from a perceptive and well respected author. I recommend you get in there quick and read this book, before you're left out of the loop or before the subject matter becomes outdated.