Patrick Ness, More Than This

After been rather impressed (although not completely won over) by Patrick Ness' Chaos Walking trilogy It's been on my agenda to read more of his novels, so I ordered More Than This into my local library. 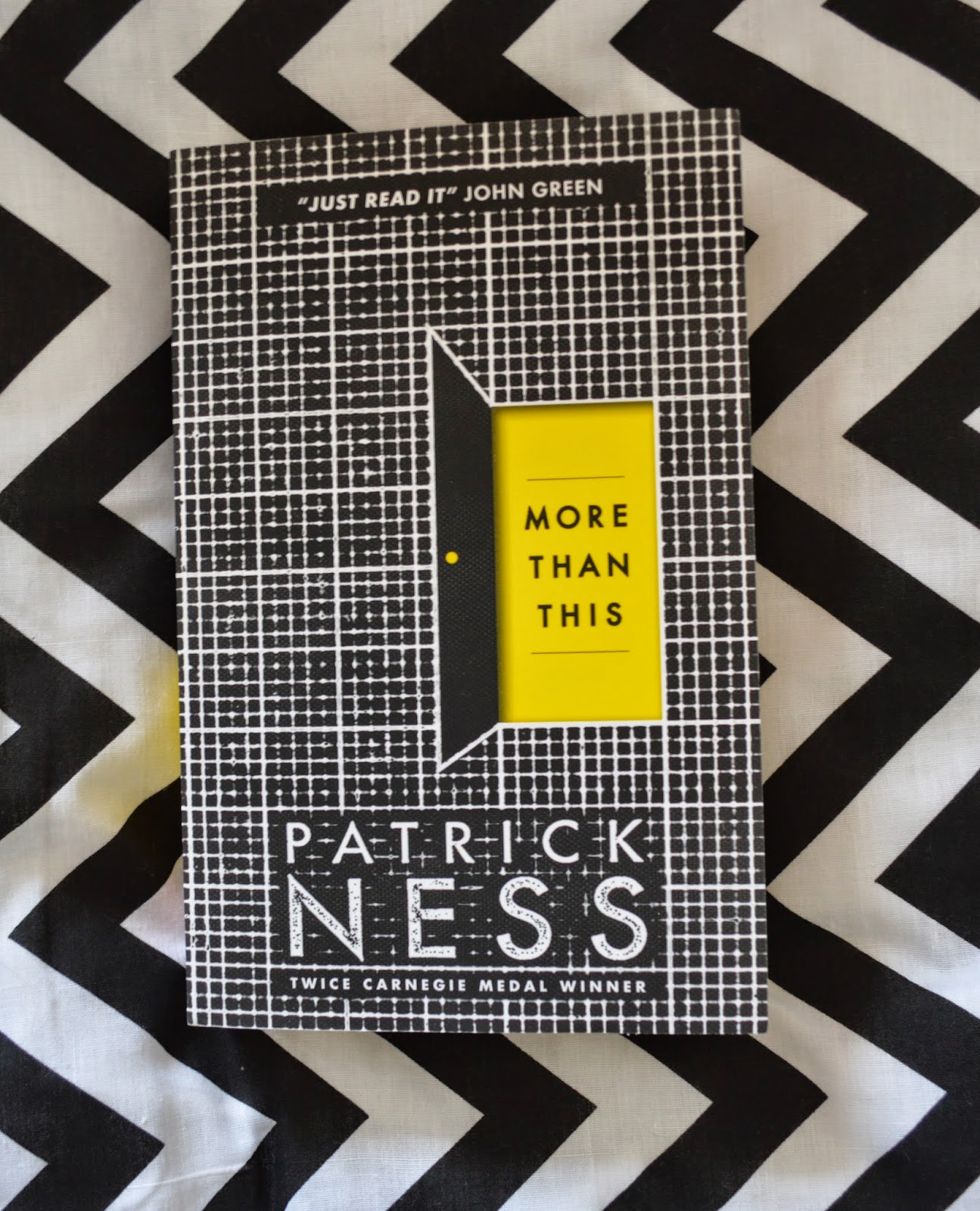 It's a YA (young adult, so about ages 13+) and falls into science-fiction/dystopian genre. If you are considering buying it for a child,  be aware it does have some sex in it, it's not really graphic but it is clear what's going on.

The Plot: After drowning, Seth wakes up alone in a barren English suburb, he assumes to be hell. As he dreams about the most horrendous events of his past, and forges for food in abandoned supermarkets, he begins to wonder if there is more to the afterlife than first appeared.

Now part of the reason I think I've been harsh with my rating is because this is a YA novel. I do sometimes think books can transcend the YA tag, for example Hunger Games, His Dark Materials and to some extent Patrick Ness' own Chaos Walking, so I'm not just being snobbish and righting off More Than This as a kid's book. However, I've read a lot of dystopian fiction and therefore have many many post-apocalyptic novels to compare this to, and sadly More Than This falls short. Admittedly The Road by Cormac Mccarthy or Margaret Atwood's Year of the Flood are too advanced and scary for young teenagers, so perhaps I shouldn't be comparing these to More Than This.......but, as an adult approaching this book I could help but see this book as a 'My First Dystopian Fiction'. Ha, now I really do sound like a snob.

Also, (*spoiler warning*) another thing that struck me is how similar (or plagiarised) some of the ideas are from the Matrix films. World created in the mind, physical bodies plugged in and cared for by machines, mind world has to be realistic/grim for the brain to accept, real world destroyed by humanity ect- sound familiar? More Than This was annoyingly vague about the decisions and circumstance that lead to everyone adopting a virtual reality and it would have been a stronger novel if this could have been expanded on.

Negatives aside, there are some commendable parts to More Then This. The trio of protagonists are likeable and Ness is very good at capturing how young people talk and interact with each other. Plus their diversity is refreshing, Seth is a gay sixteen year old boy, Regine is a chubby black girl and Tomasz is Polish child immigrant. Many young people will be able to relate to Seth, Regine and Tomasz, which is important, especially as gay, black or migrant voices are rarely heard or represented in popular fiction. Seth's 'outing' and the homophobic bulling he faces, will no doubt be recognisable for lots of people, and hopefully readers can take some comfort in being understood and visible in his story. The only thing I took umbrage with is Tomasz's idiosyncratic English been played for laughs, using a second language is difficult and speaker's shouldn't be mocked. This was the only point I disagreed with in an otherwise admirably diverse cast of characters.

The back stories of Seth, Regine and Tomasz are the strongest parts of More Than This. I also enjoyed seeing how their relationship developed, from distrust to friendship. I don't want to spoil everything in the novel- but I just want to say the parts about Seth's childhood and his brother had a big impact on me, and have some interesting points to make about blame and responsibility.

Ness is accomplished at creating suspense, and the trio's nemesis the Driver is suitably threatening (although again somewhat borrowed from films- this time Terminator). The showdown towards the end of the story is satisfy and tense.

The ending of the novel has left things open for a sequel- which I'd read if it was written. It would probably make a more interesting book as well, all about how people survive reality and a post-apocalyptic world.