Joe Abercrombie, The Blade Itself

I'm still on a fantasy kick at the moment (read my review of Robin Hobb The Assassin's Apprentice here) and ordered a whole bunch from my local library after reading some samples (see my mini-review of fantasy samples here). 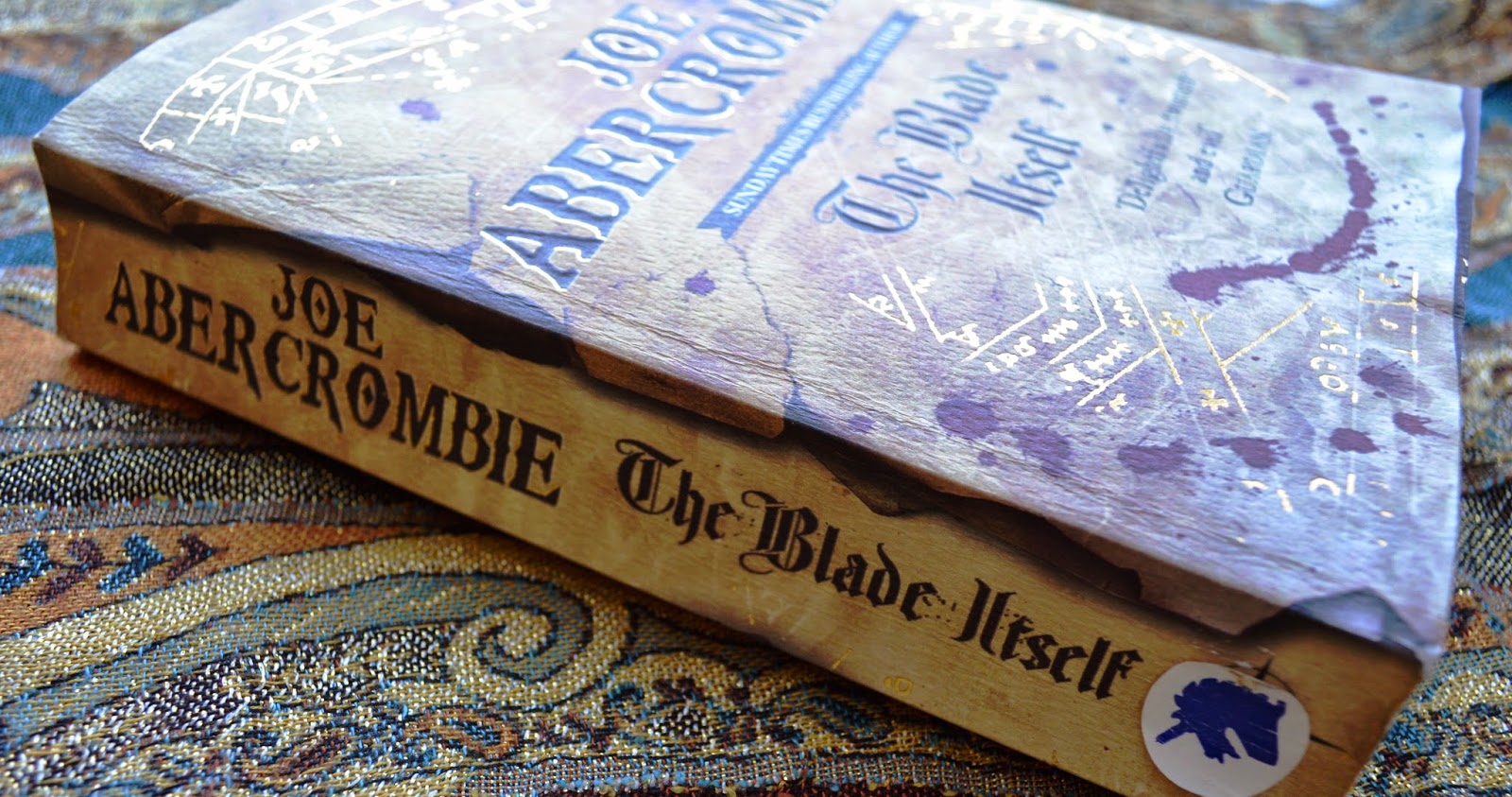 The Plot: Logan Ninefinger, renown warrior of the north has become separated from his comrades, who believe him dead. He is found by a wizard's apprentice and taken to meet the great Bayaz himself. Together they form an alliance against the king of the North. Inquisitor Glokta, himself crippled in the dungeons of the Gurkul Emperor, now tortures and investigates treason in the Union. Captain Jezal, arrogant and wealthy seeks glory in the fencing circle. A war is brewing between the North, the Union and Gurkul. Conspiracies, treachery and death are coming to the three countries and Logan, Bayaz, Glokta and Jezal all have a part to play.

The Blade Itself  is the beginning of The First Law trilogy, and I must say it's got off to a good start and I've already ordered the next one. I'm looking forward to seeing how the universe of the novel is going to expand out and complicate. Though predictably, there is a shortage of female characters (boo), Logan, Jezel etc. are all interesting and fresh. Glokta is definitely something new, his background of fencing champion to torture victim has given a deep rooted hatred and bitterness towards the whole of humanity. I'll be intrigued to see if he is redeemed. Jezal also has the potential for growth, and I can't imagine he's going to be as selfish at the end of the series as he is now. I also enjoyed reading about his training, since growing up with Harry Potter I'm a big fan of a fantastical school.

I'm hoping to see a lot more of Ferro, through out the series. She's the only female character so far and her backstory appeals to me, escaped slave seeking vengeance on her former masters. Bayaz the wizard is another one I want to read more of as well. Actually, all the characters interest me, they all have rich history and dubious morals. I'm looking forward to seeing the alliances they make and the choices they take. Abercorombie manges to make a plot that could have been all action no feeling, and turn it into a character driven novel, which I much prefer.

Political fractions and war are essential in a good fantasy series in my opinion, and Abercrombie writes these battles scenes well. I'm sure when things really kick off between the Union and the rest of the countries this is only going to get better, as this is the first book of the series it's only really setting the scene.

The only weakness so far, is the supernatural enemy The Maker. Though, to be far he's only really introduced towards the end of the novel, and there is plenty of time in the two subsequent books to expand on this threat. At present, The Maker lacks the creepiness and menace of the White Walkers in Game of Thrones or the forge ships of Robin Hobb's Farseer trilogy. Currently, I'd  rank GoT and Farseer higher than The Blade Itself  in terms of personal preference.