I'm not that fussed about Dave Eggers, I know some people absolutely love his books, but before The Circle I'd only read What is the What and I wasn't blown away. After reading The Circle my position hasn't really changed. 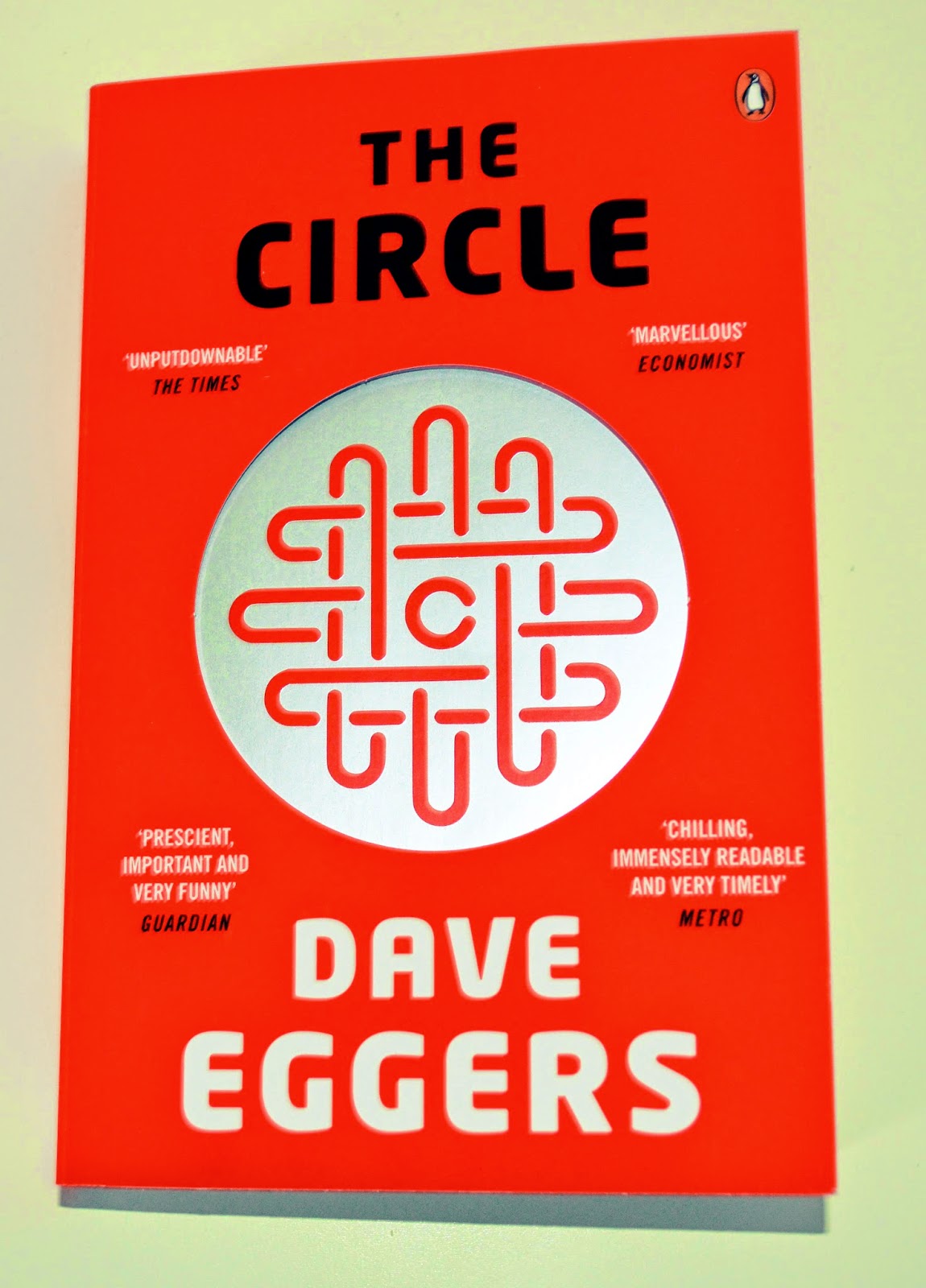 The Plot: Newly graduated and ambitious, Mae is determined to rise through the ranks when she joins mega-corporation The Circle. By linking users personal emails, social media and finances together, The Circle has heralded a new age of internet transparency, people can no longer hide anonymously behind a screen, troll or catfish without consequences. However this new accountability begins to threaten privacy and liberty.

Full review under the cut *warning may contain spoilers*

I do think The Circle has an interesting concept, people nowadays but so much of themselves out there online, facebook is constantly changing its privacy policy and as soon as you step out your door you're captured on ctv, so The Circle is a believably intrusive corporation. However, Eggers occasionally forces his point about privacy protection and the evil of big business too strongly, and at times becomes too sanctimonious.

The book suffers as Mae is a pretty irritating protagonist. She is easily manipulated, and has a desperate need to be liked. Her lack of backbone annoyed me, young people are more savvy then Eggers gives them credit for. To advance her career Mae agrees to wear a camera that records her every move and is uploaded to the internet for people to watch and interact with. Doubts about credibility aside, the idea of transparency is terrifying. So I guess this kind of works as a piece of speculative fiction, I was wondering about what I'd do in the same situation, but because it didn't feel believable it was more of a theoretical exercise than a alternate reality.

Another problem I had was there seemed to be a few subplots that just fizzled out into nothing. For example when Mae is secretly filmed performing a sex act (ha that phrase reminds me of Jeremy Kyle) there are no consequences. There are other instances as well, were I was a bit confused why they had been included at all as they did add to the story and seemed unfinished.

I didn't hate The Circle, it is immensely readable and there are some genuinely funny parts and clever observations. I just couldn't help but think Orwell's Animal Farm and Nineteen Eighty-Four does the same thing but more succinctly. I also predict The Circle won't enjoy the same longevity as Orwell's classics and will date pretty quickly. Still, if you're looking for a diverting and topical novel give The Circle a chance. If you've all read it, and are looking for a similar book I'd suggest PopCo by Scarlett Thomas.