Patrick Rothfuss, The Name of the Wind

Another fantasy review for you today, The Name of the Wind. I promise this'll be the last one (for a little while) so if these isn't a genre that interests you don't worry, I've been reading a variety of other things as well. The Plot: Kvothe is masquerading  as an unremarkable innkeeper, but his origins are a lot more eventful. When his parents are murdered Kvothe is left destitute, scrambling for survival on the streets of the city, but he still harbours ambitions to attend the prestigious university. Providing he can pass the entrance examination and scrape together the tuition fee, the university offers to teach him the magical disciplines of Sympathy, Alchemy, Artifice and Naming. This if the first book in the Kingkiller Chronicals, which recalls Kvothe's early life as he tell his story to a scribe.

Rating: 3.8/ 5 (I liked it slightly more that The Blade Itself , but not quite as much as Assassin's Apprentice

I've read other reviews which are critical of Kvothe for being too perfect. He can master a language in a day, play a lute so well it makes grown men cry and has a natural gift with women. This is somewhat true, Kvothe is seemingly without flaw, and my usual preference if for a bit more grit and my heroes damaged and defective. However, for some reason I didn't really bother me too much, yes I rolled my eyes as he seduced another crowd with his music, but he had some charm to him and after all this is meant to be a fantasy book so the author can just about get away with it. Though, every time Kvothe wept with head in hands, I did want to give him a shake and tell him to stop being so bloody sensitive. 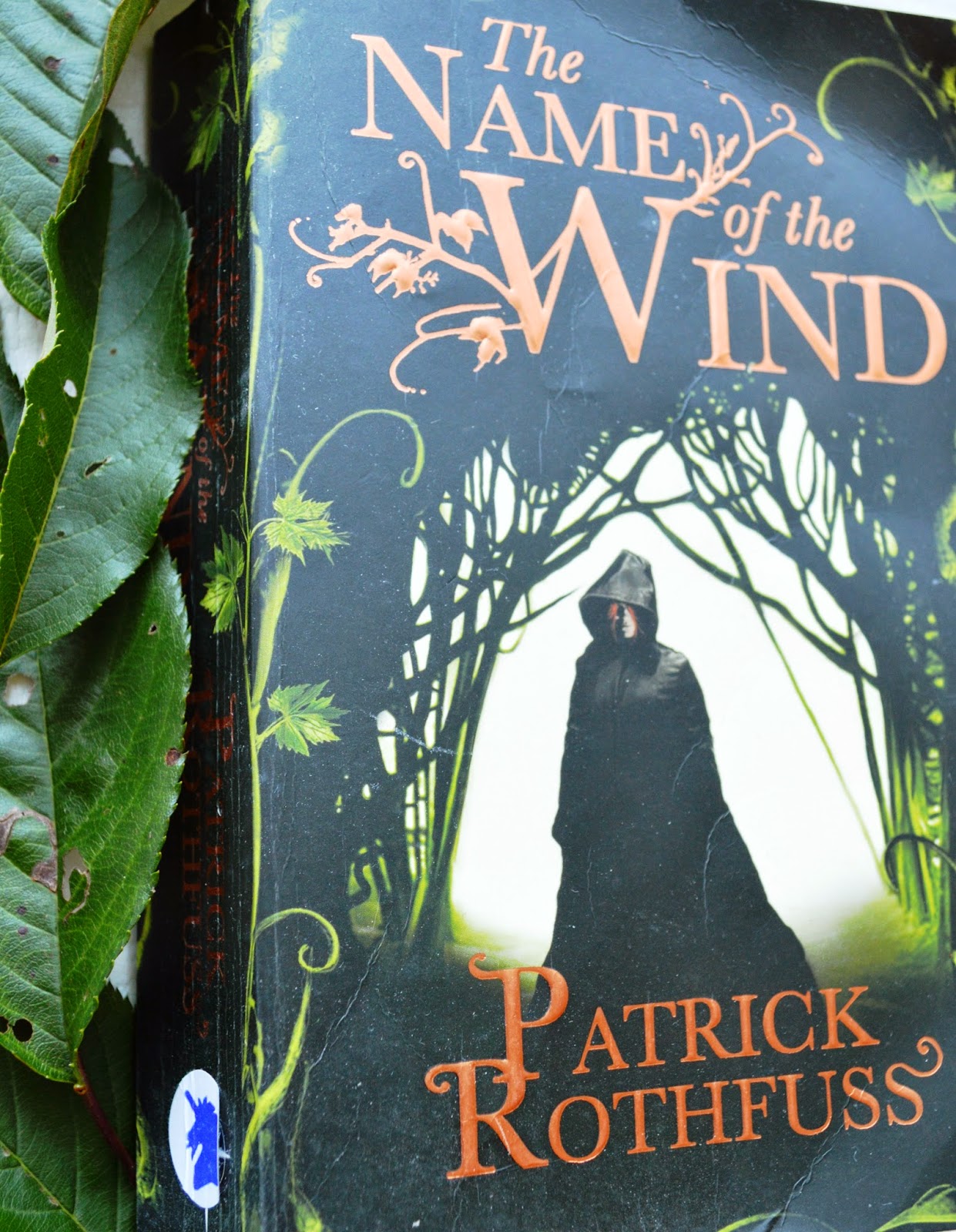 Another small criticism, The Name of the Wind could have done with some editing. Some parts are rather repetitive, with whole phrases and sentences appearing word for word only a few pages apart. I kept getting a strong sense of deja vu, and kept flipping back to confirm that I'd already read something similar.  Rothfuss does have some limitations as a writer, and parts that are meant to be particularly moving or poetic, sometimes fall short.

As I've already complained about the lack of POC and women in fantasy in this post, I'll just quickly mention that unfortunately The Name of the Wind suffers from the same old problems. 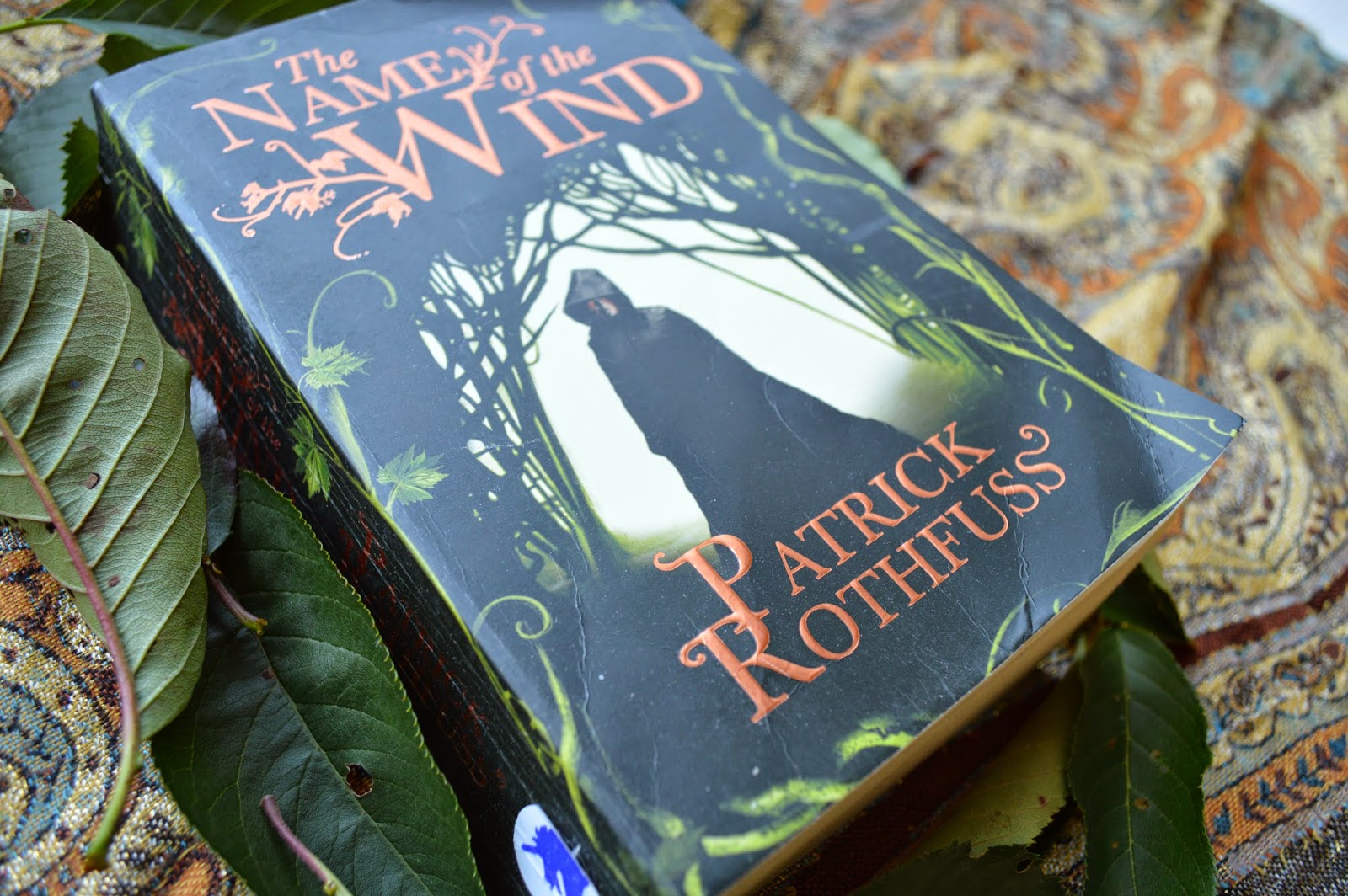 These niggles aside, I really enjoyed The Name of the Wind. It's got that whole rags to riches, plucky orphan does good thing going on, which may be a cliché, but is also reassuring and feel-good. As I said in The Blade Itself  as someone who grew up with Harry Potter I love a good magical school. The Name of the Wind does a good job of outlining the different magical disciplines and their strengths and limitations. Even in a fantasy series it's important to have rules and boundaries. What magic can achieve has to remain consistent, or the fantasy realm doesn't have a solid base and setting.

There's also lots of potential development for the villains of the story. At present they've only really being described in folk stories and whispers. As I like reading fairy-stories, this appealed to me. The world in the Kingkiller Chronicles is well planned and whole, with references to its culture, superstitions, society and celebrations.

A very strong start I'd say to a fantasy saga, and I'm looking forward to reading the others.