There has been a lot of buzz about The Undertaking, it was the winner of the Baileys Women's Prize for Fiction. Luckily, it lives up to the hype, it is a very powerful novel about the second world war.

The Plot: Desperate for a respite from the Eastern Front, Peter Faber, a German solider agrees to arranged marriage with a woman he has never met, Katharina Spinell. Although their marriage begins awkwardly, they soon develop an unexpected sexual chemistry and depth of feeling for each other. Their brief 3 week honeymoon must sustain them whilst Peter confronts the horrors of Stalingrad. Katharina, encouraged by her delusional parents, aligns her interests to the Nazi party, but as the regime begins to crumble she begins to regret her decision. 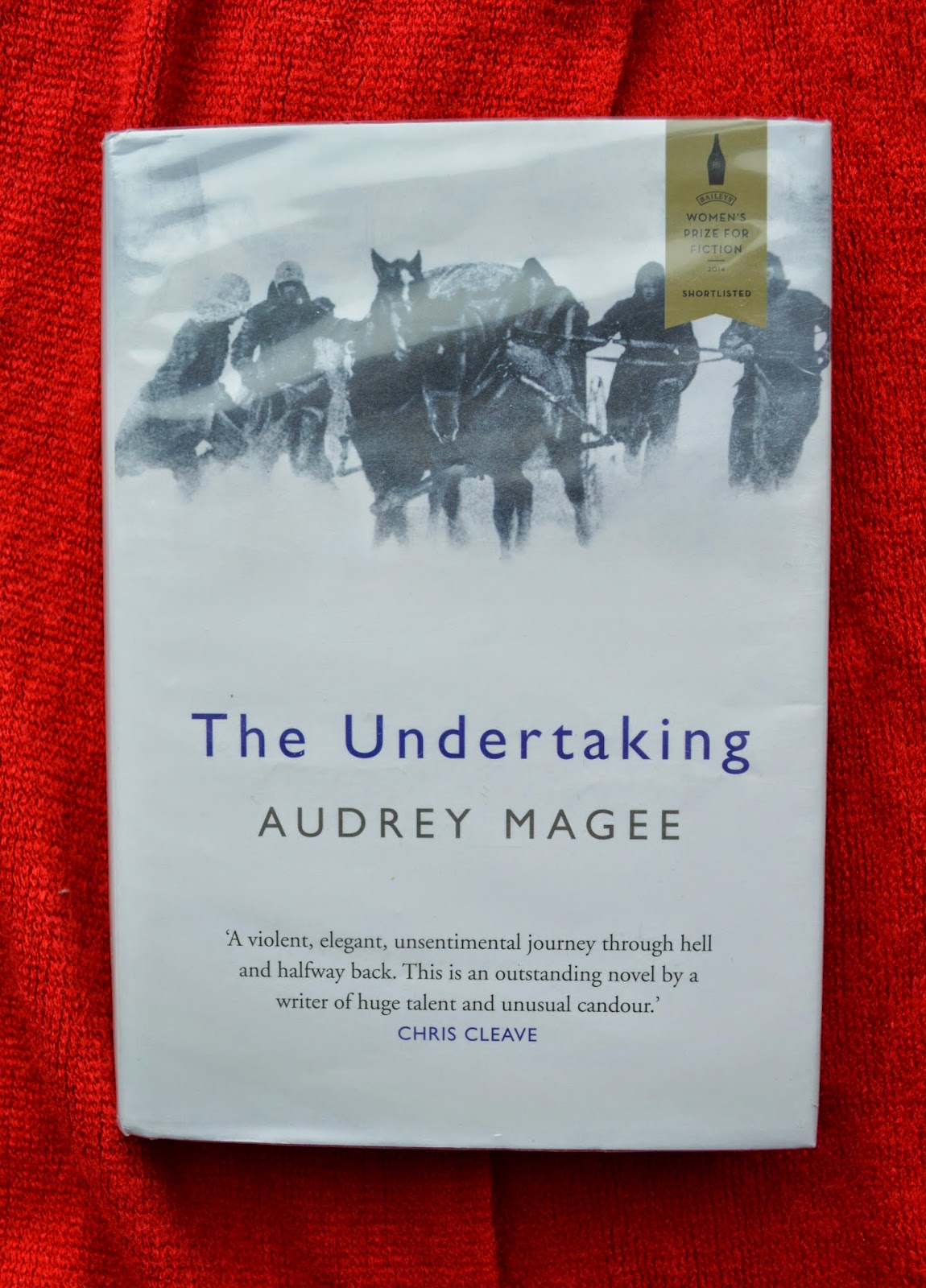 Audrey Magee manages with an economy of language ,to convey the destruction of war and the complicity of ordinary German citizens in Nazi atrocities in a devastatingly powerful way. For example, here is the exchange between Katharina and her parents after they have just moved into a Jewish home, after the owners have been forcibly evicted;
'"Any jewellery?' asked Mr Spinell
'No' said Katharina. 'Not that I can see.'
'Bloody thieves, the lot of them. They swallow it, you know. To hide it from us.'"
The irony in this conversation would be funny, if it didn't so clearly illustrate the casual anti-Semitism and  entailment German citizens felt towards Jewish people and property.

The juxtaposition between the love between Katharina and Peter and the violence and animosity they show to other people is startling. Clearly they do not see themselves as bad people, and it is true that things are never that black and white, but they are so morally dubious and show no self-awareness of this. When Peter declines to partake in the gang rape of a Russian woman, as he has just been married, he feels virtuous and believes himself a good husband, ignoring that he has raped previously and does nothing to protect the Russian woman.

As the defeated country in both world wars, Germany has been demonised, but I don't think that was the intention of the novel. Atrocities happen on both sides, but the holocaust was unspeakably evil and the novel reflects this. Although the novel is fiction, it seems very honest, and the behaviour of Allied troops is also shown to be criminal. The Undertaking is unsentimental and brutal. There are no heroes.

This is the sort of novel that stays with you. It is upsetting, formidable and definitely worth the praise and recognition it has received.

If you want to read more war novels, check out my 10 must read.