Like 4 million other people, I went to pay my respects at the commemorative art installation at The Tower of London.

Blood Swept Lands and Seas of Red comprises of 888,236 individually hand-made poppies planted in the moat of The Tower to represent a British military fatality during the First World War. 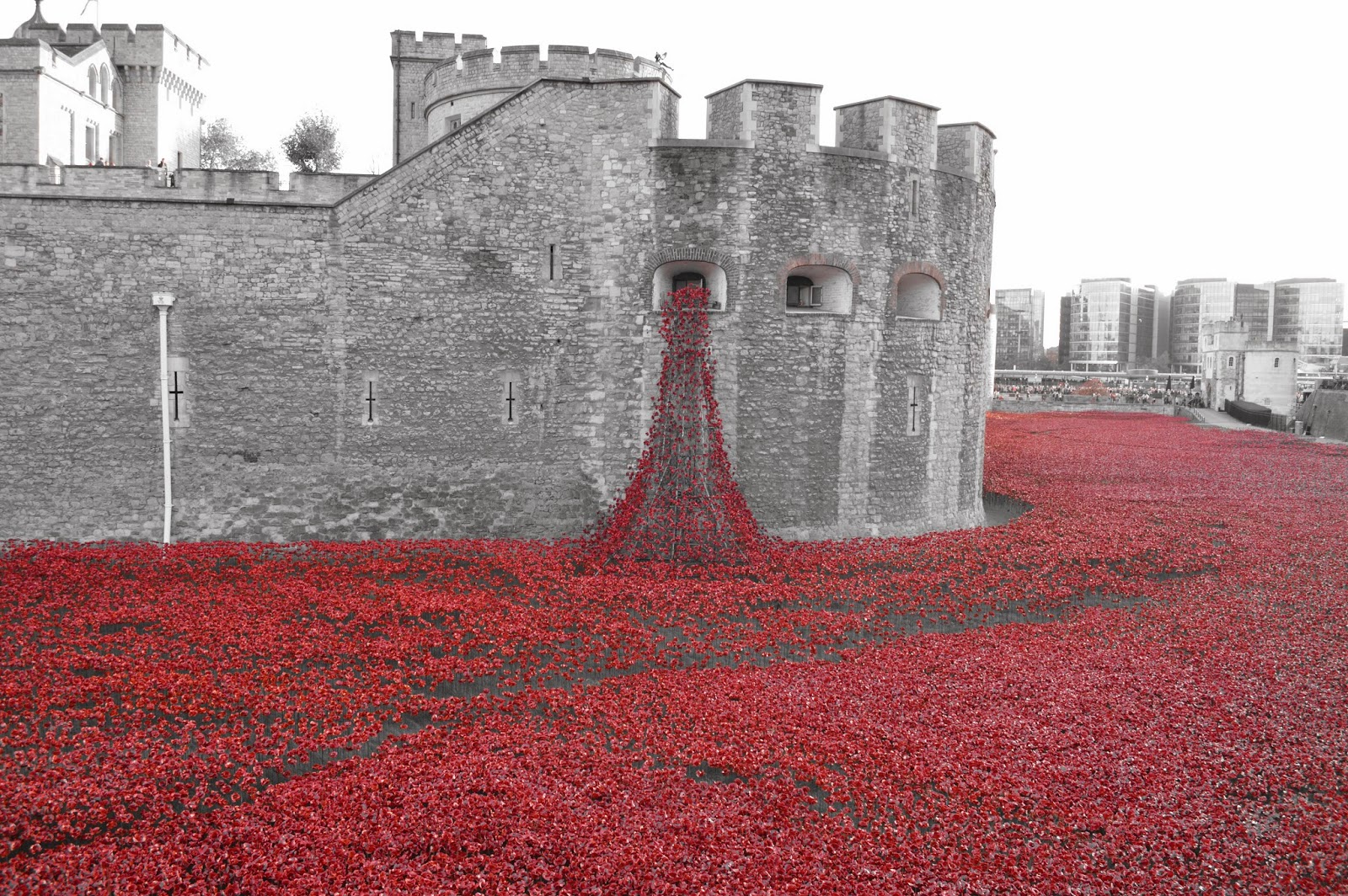 As well as a stunning visual reminder of the vast numbers of lives lost in the war, the site is meant to a place of reflection and contemplation. Due to the massive crowds, I think the message behind the instillation may have been lost somewhat. When I visited there was a fair amount of people pushing and jostling to get the best photo opportunity (not that I think people shouldn't take photos, it's just that respects need to be paid as well). However, my sister was there when the names of the dead were read out and the last post of played, and she said there was a distinctive respectful and sombre atmosphere. 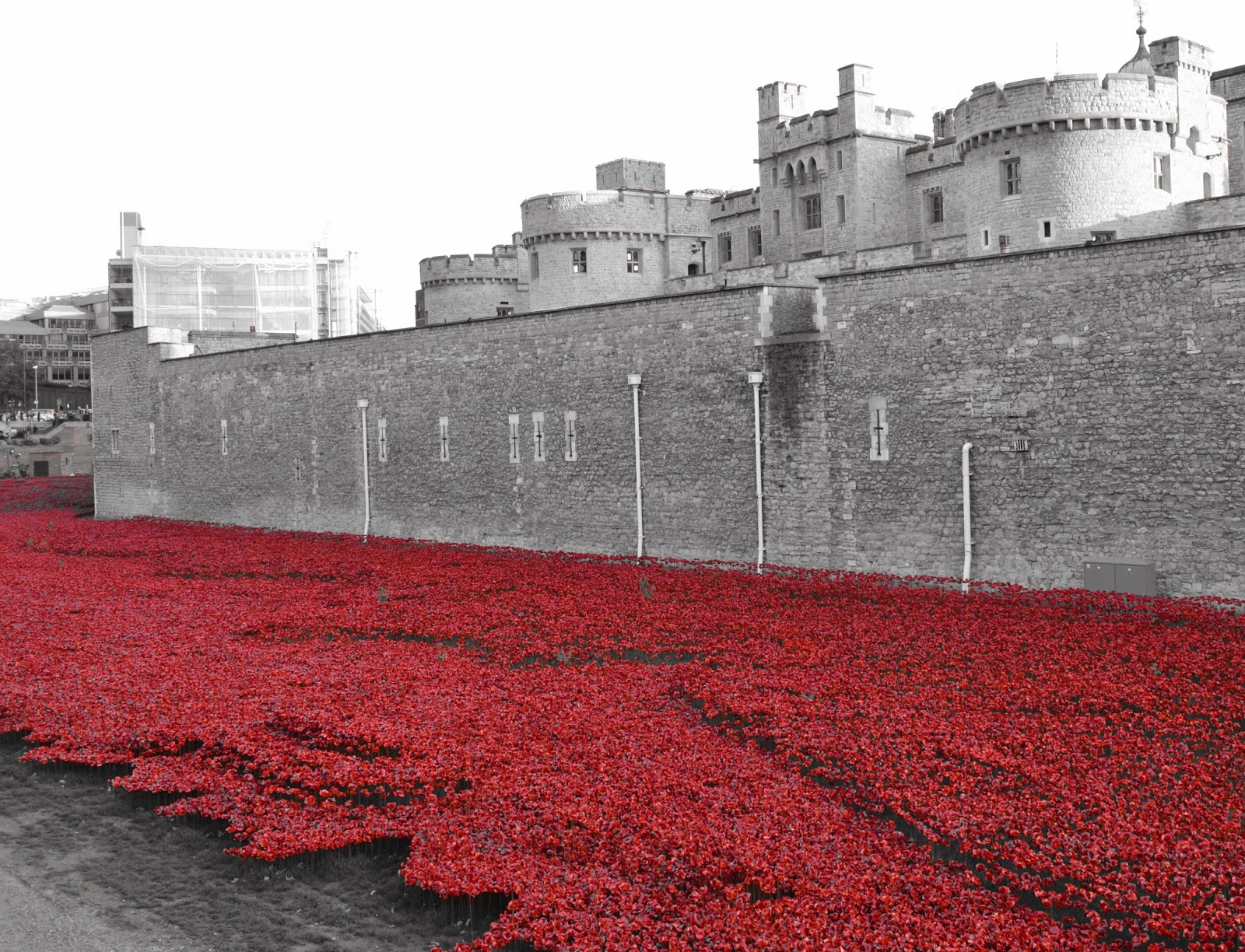 Due to the high number of visitors (and the interference of several politicians) the instillation has been extended until to the end of the month. Originally it was due to be dismantled after today. I have mixed feelings about this, it's good that that display has been popular, it has raised lots of money for worthy causes (the poppies have been sold and the money donated to charities) and is a fitting tribute to mark the centenary of the First World War. However, part of it's poignancy is that it is temporary, created to mark a specific occasion. Once remembrance day has passed, I think it is even more likely that the message and symbolism of the poppies will be lost, it will become just another tourist attraction. 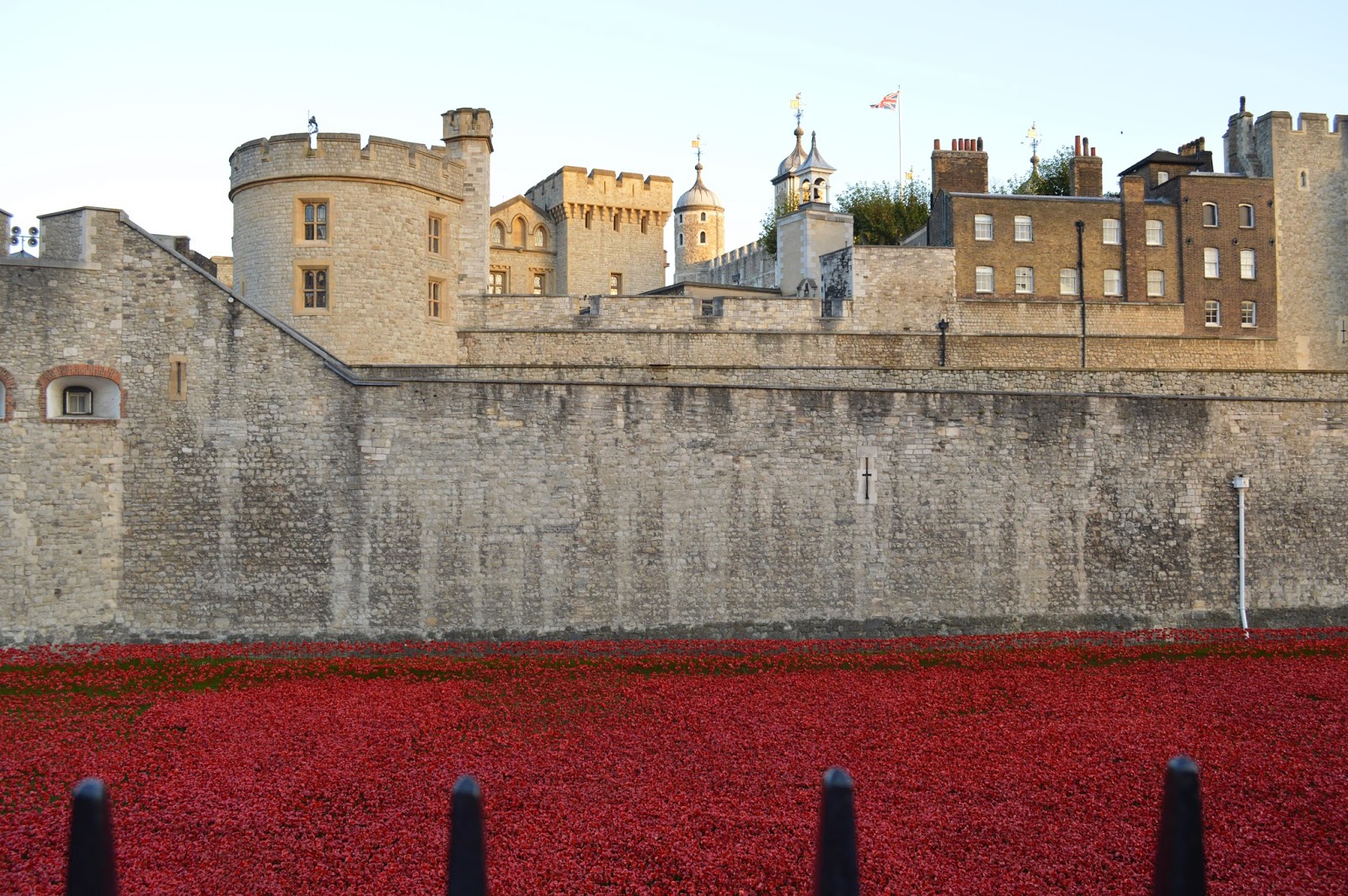 I do feel lucky to have seen this tribute. When I think that each one of these ceramic poppies represents the loss of a life, it really makes an impact on me about the scale of this war and the importance of not forgetting.
Email ThisBlogThis!Share to TwitterShare to FacebookShare to Pinterest
Labels: armistice, centenary, day trip, history, London, photo, photography, Tower of London, visit, war, war memorial, world war