A lot later than I originally planned, here is the second part of my visit to Stowe. (first part here) 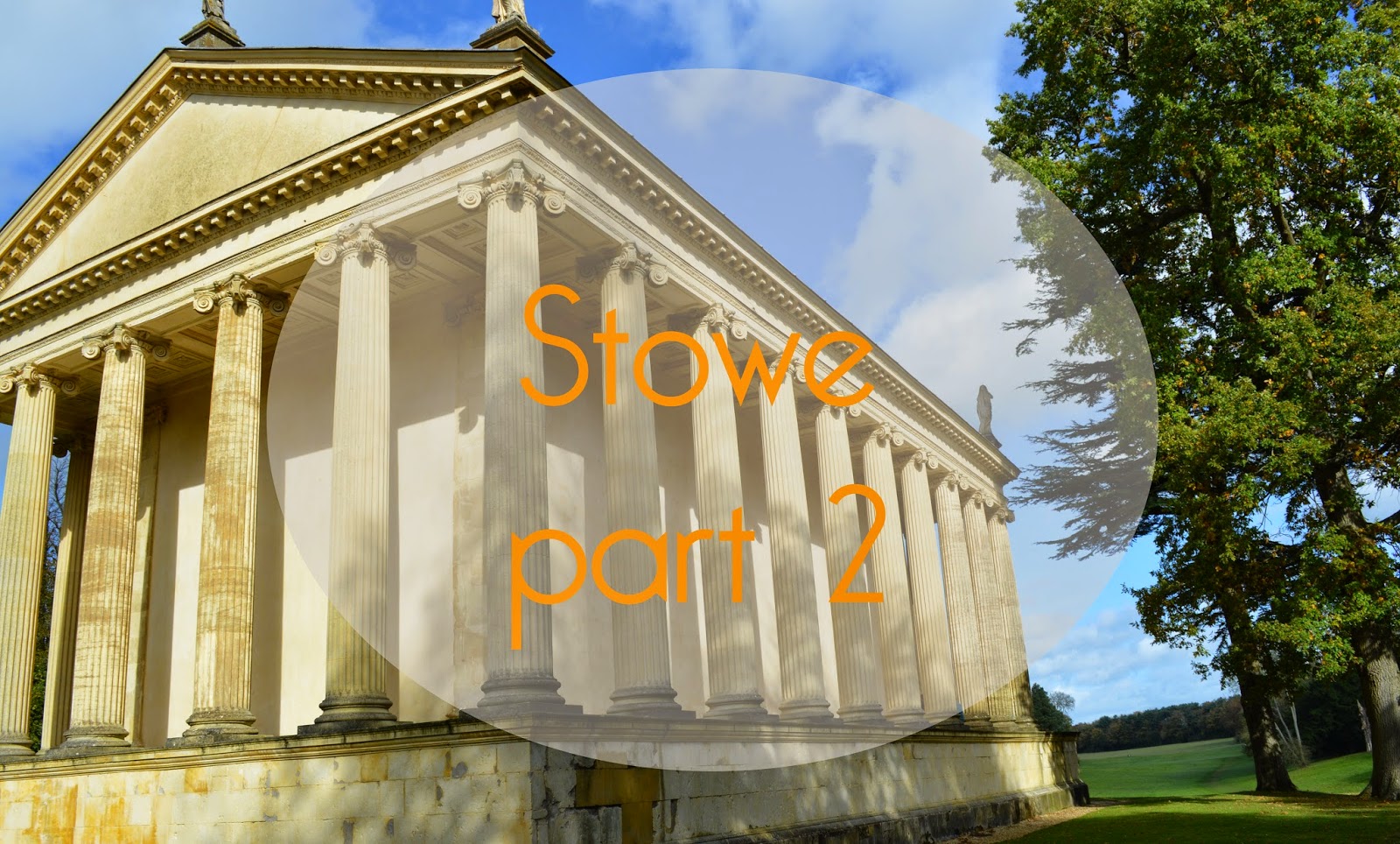 I thought he most logical thing to do was to split the photos into two- the first part is mainly trees and autumnal landscape.  This post is about the follies that are scattered around around the grounds. For those of you who don't know, a folly is a fanciful structure, built to be primarily decorative and to be an ornamental part of a large garden or estate. Some follies can however also be practical, a place to rest, take tea or even to sleep if they are far from the main house.
There are several routes you can walk around the grounds of Stowe, and you are given a handy map when you arrive.

The first folly you'll most likely come across is a matching pair of temples, over looking the lake. These are pretty basic as follies go, but they used act as stages when performances were held at Stowe. 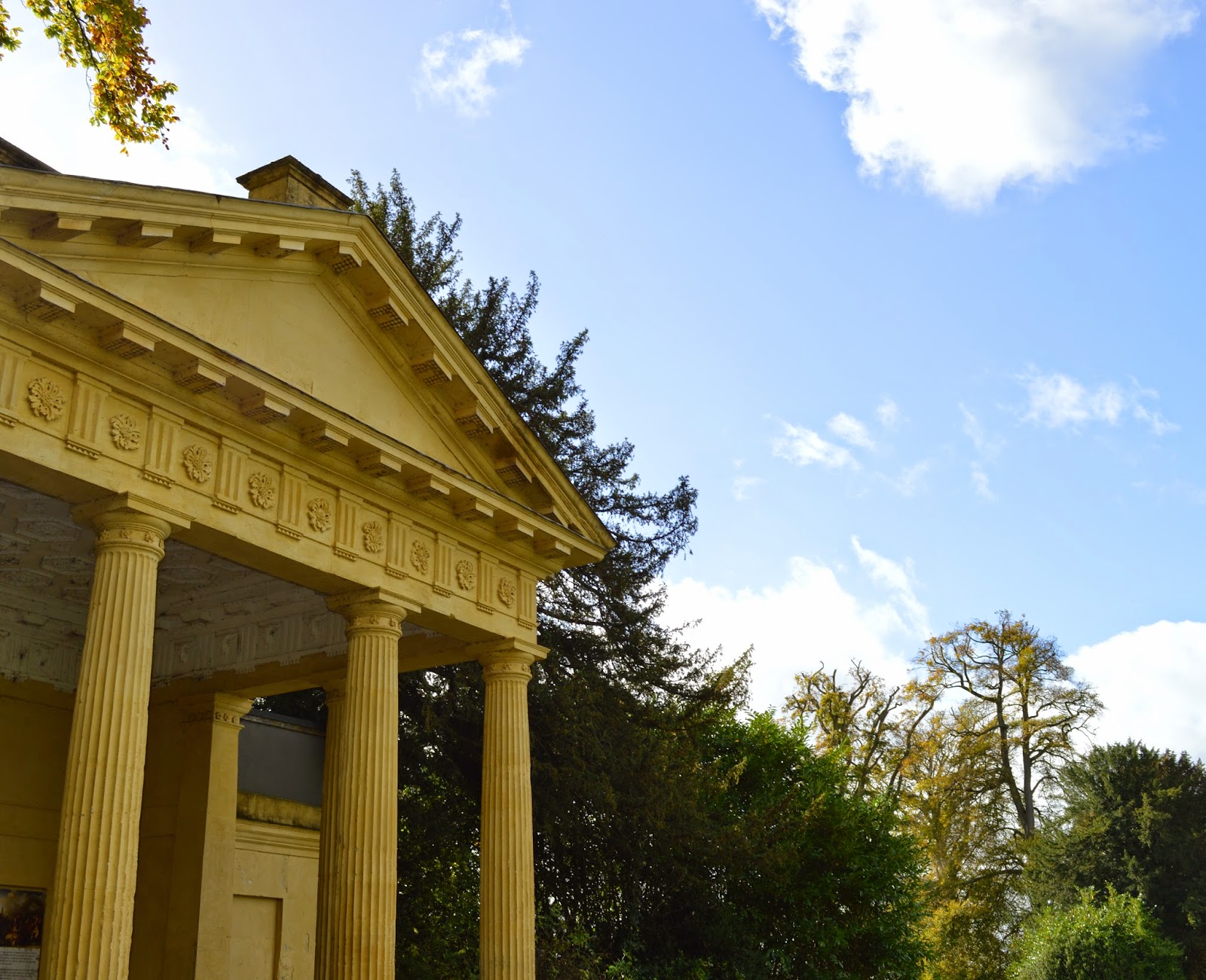 You should just be able to make out the main house in the distance. There is also some rather aggressive ducks. 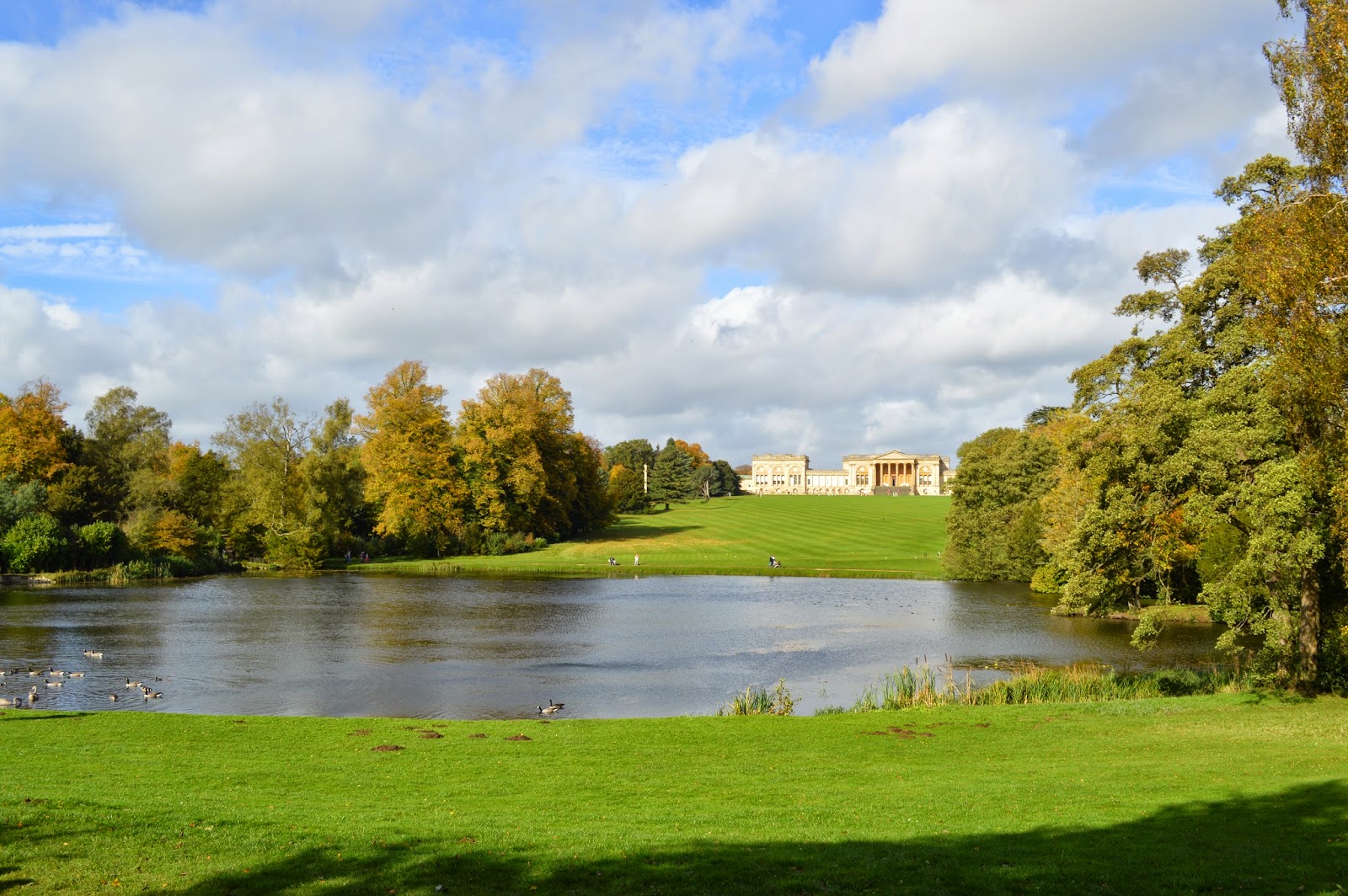 I think this was my favourite folly, the palladian bridge, according to the National Trust,  it is one of only three in the country. 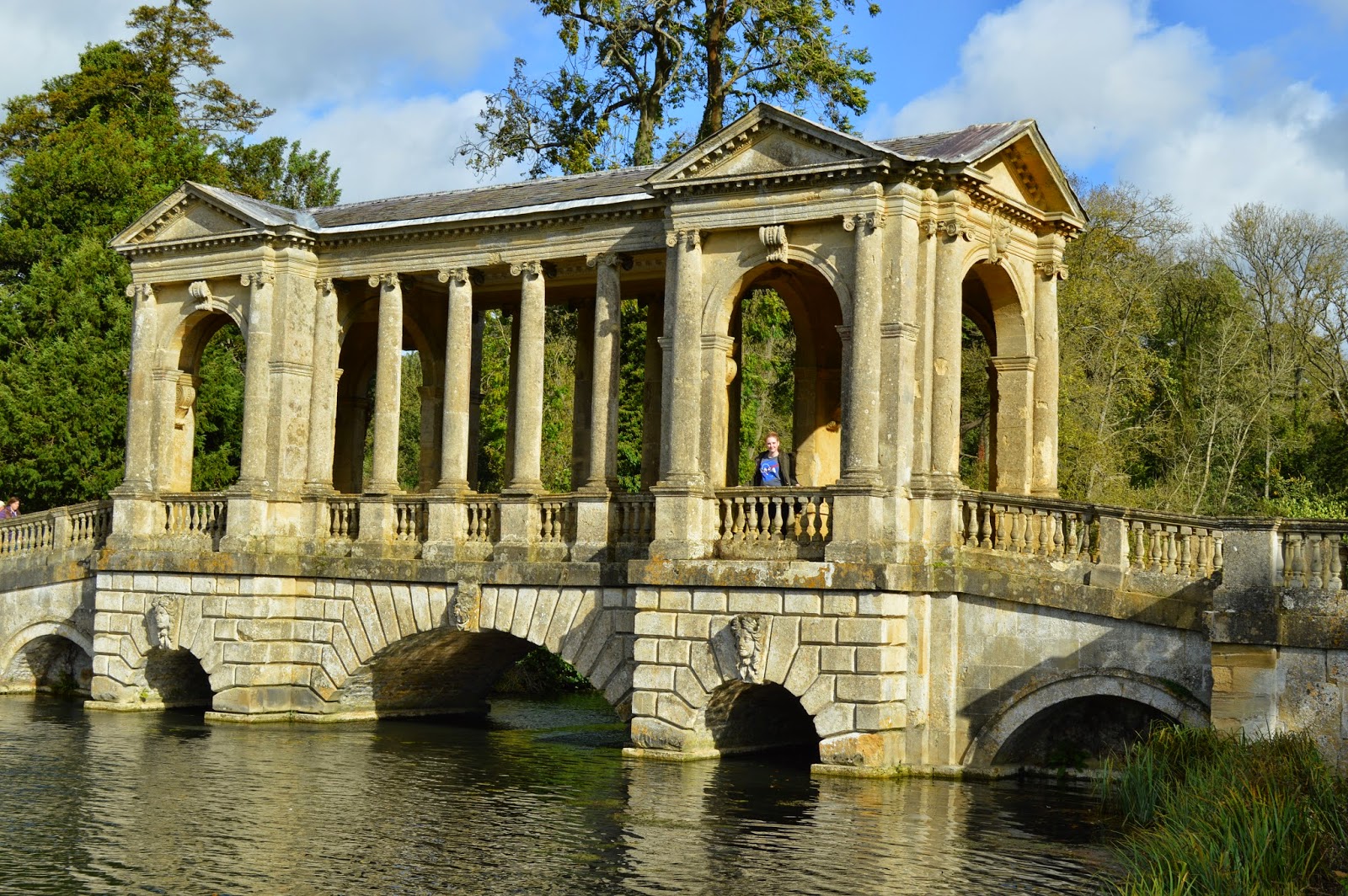 The gardens of Stowe was Capability Brown's first major commission. He was a huge celebrity landscape architect in the 18th century, and most of the great houses in England were designed or influenced by him. He designed over 170 gardens and parks, and many of them still endure today. He created pastoral landscapes, indented to look natural rather then structured and formal. 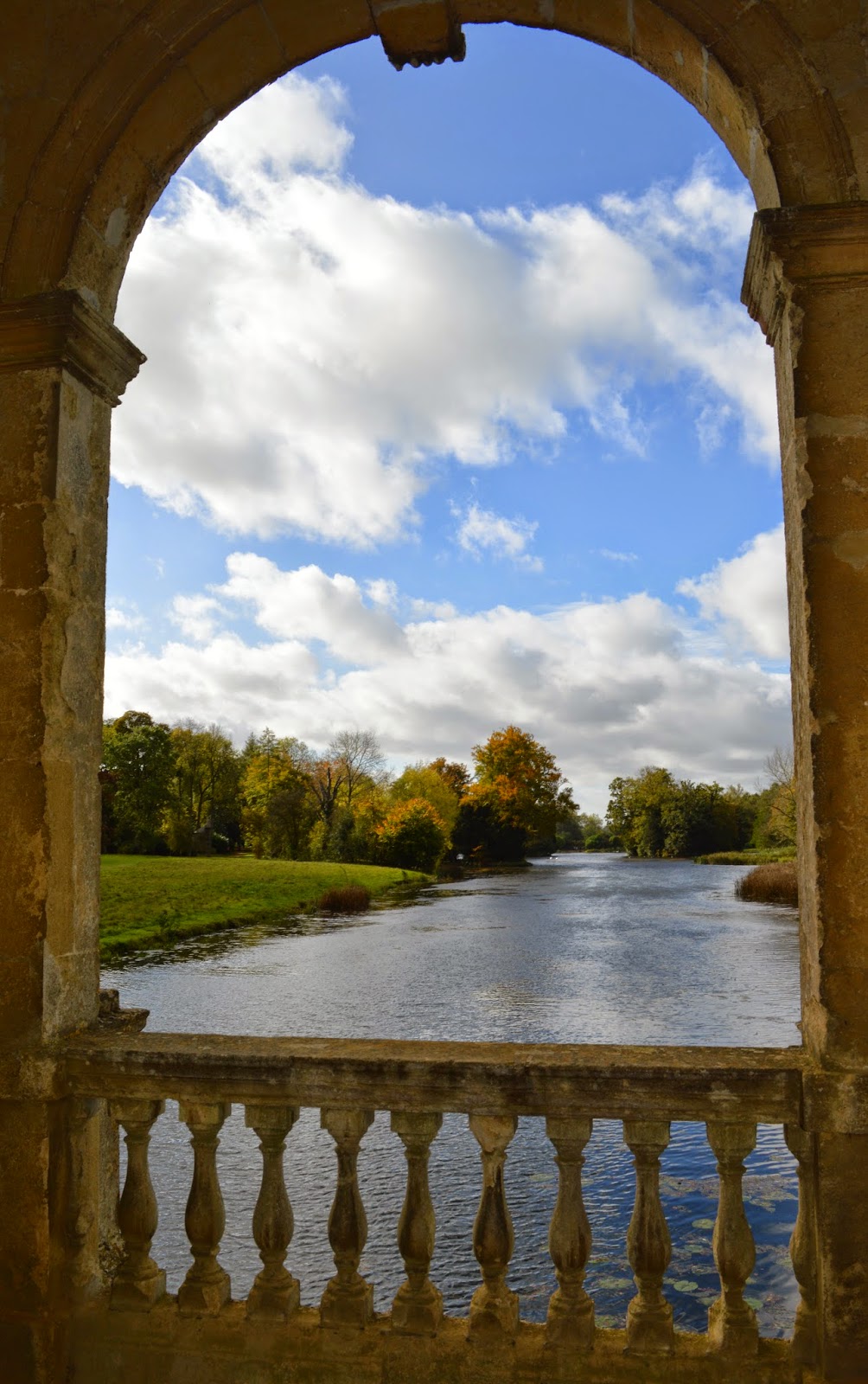 The gothic castle is another highlight, I was totally puffed when I'd climbed the hill to see it. 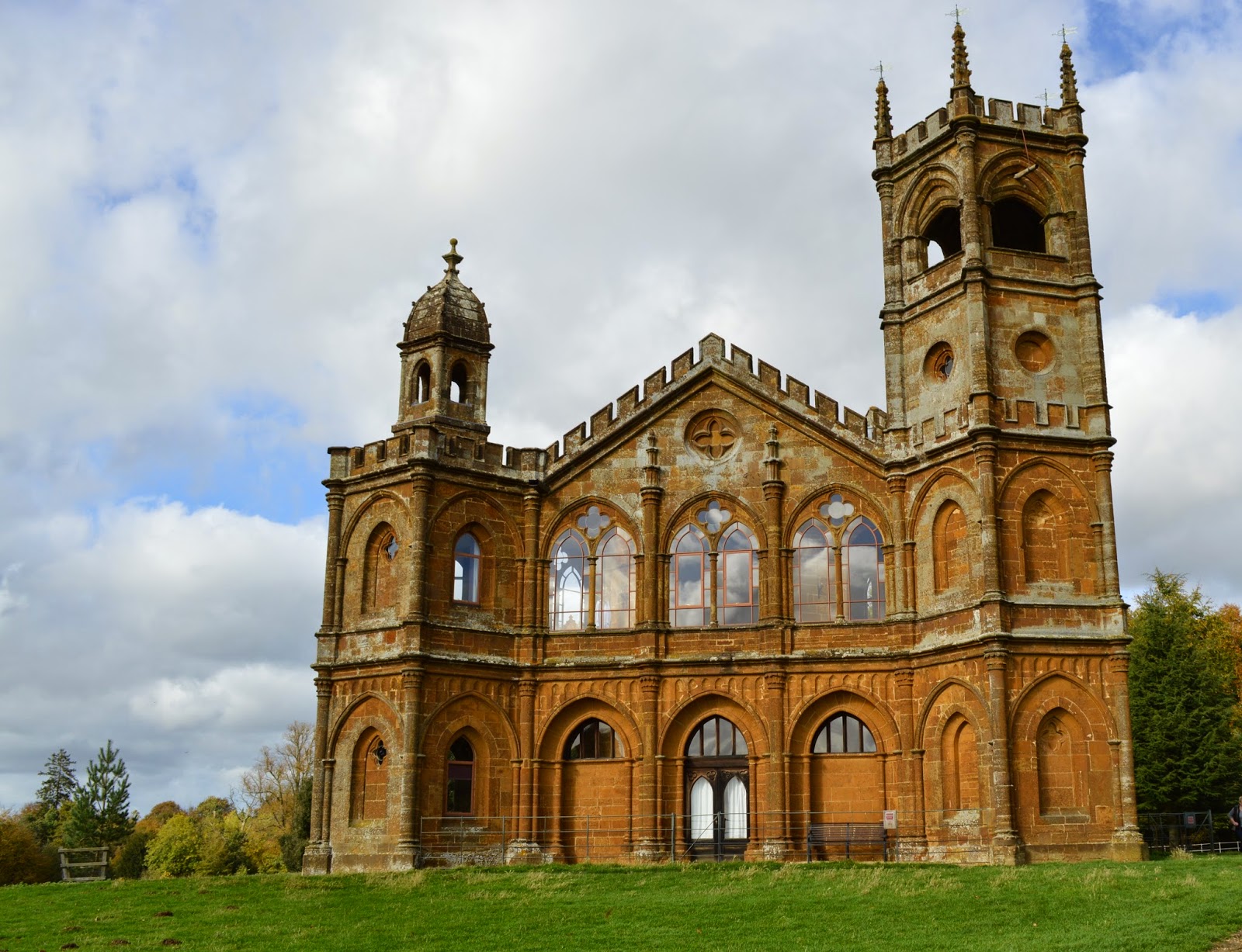 It is available to hire, which would just be amazing. Can you imagine staying in it over Christmas? Surrounded by snow, a fire blazing ready to warm you up after sledging up and down the hill. I bet it is far outside my budget though. There were people staying in it when we visited, poor them I think they'd just woken up and there were tourists outside taking pictures through the windows. 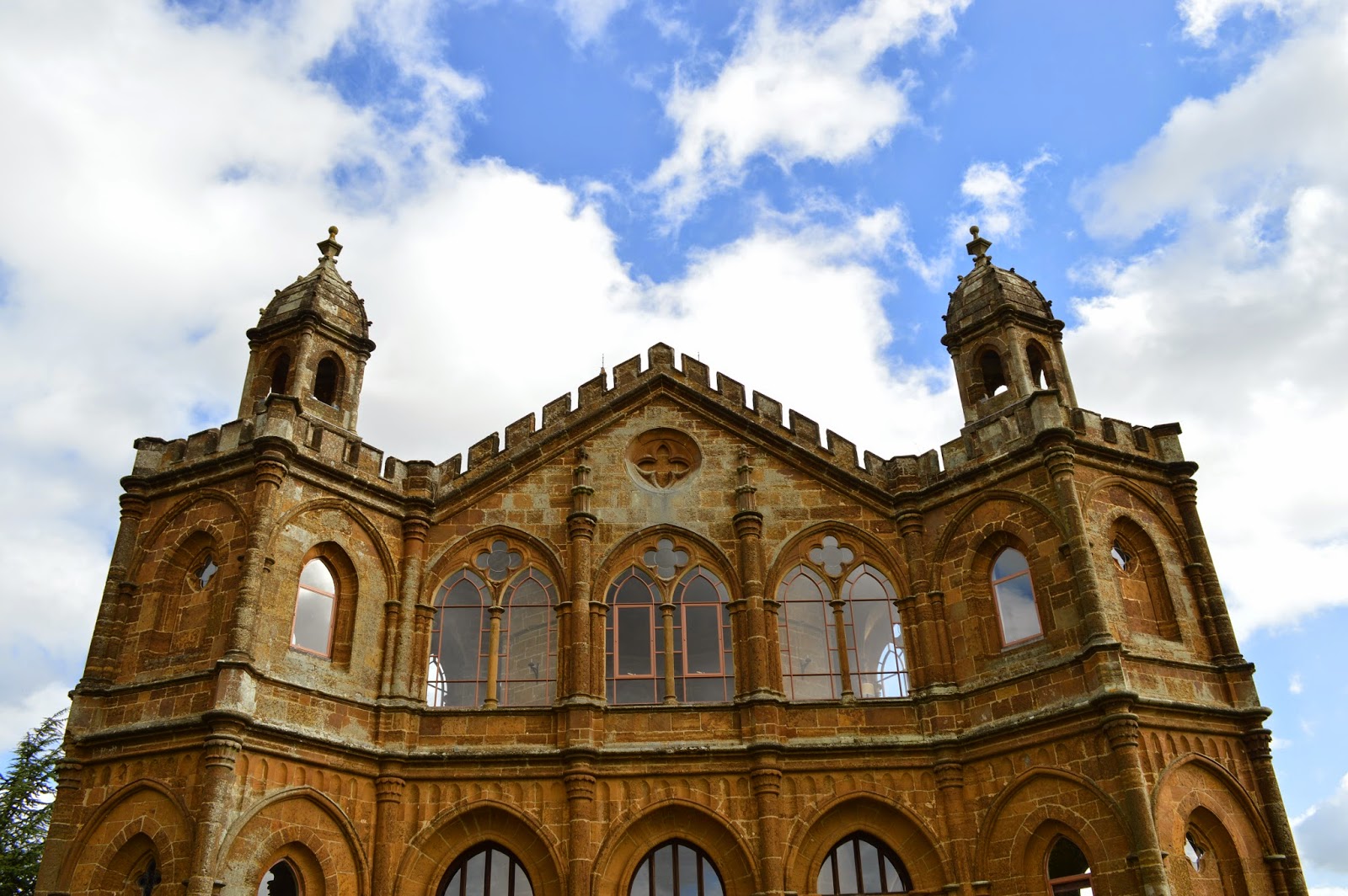 I'm not sure if this temple is still classed as folly- after all it is far bigger than my house.  It has some connection to Queen Victoria, I think she visited and planted a tree or something. 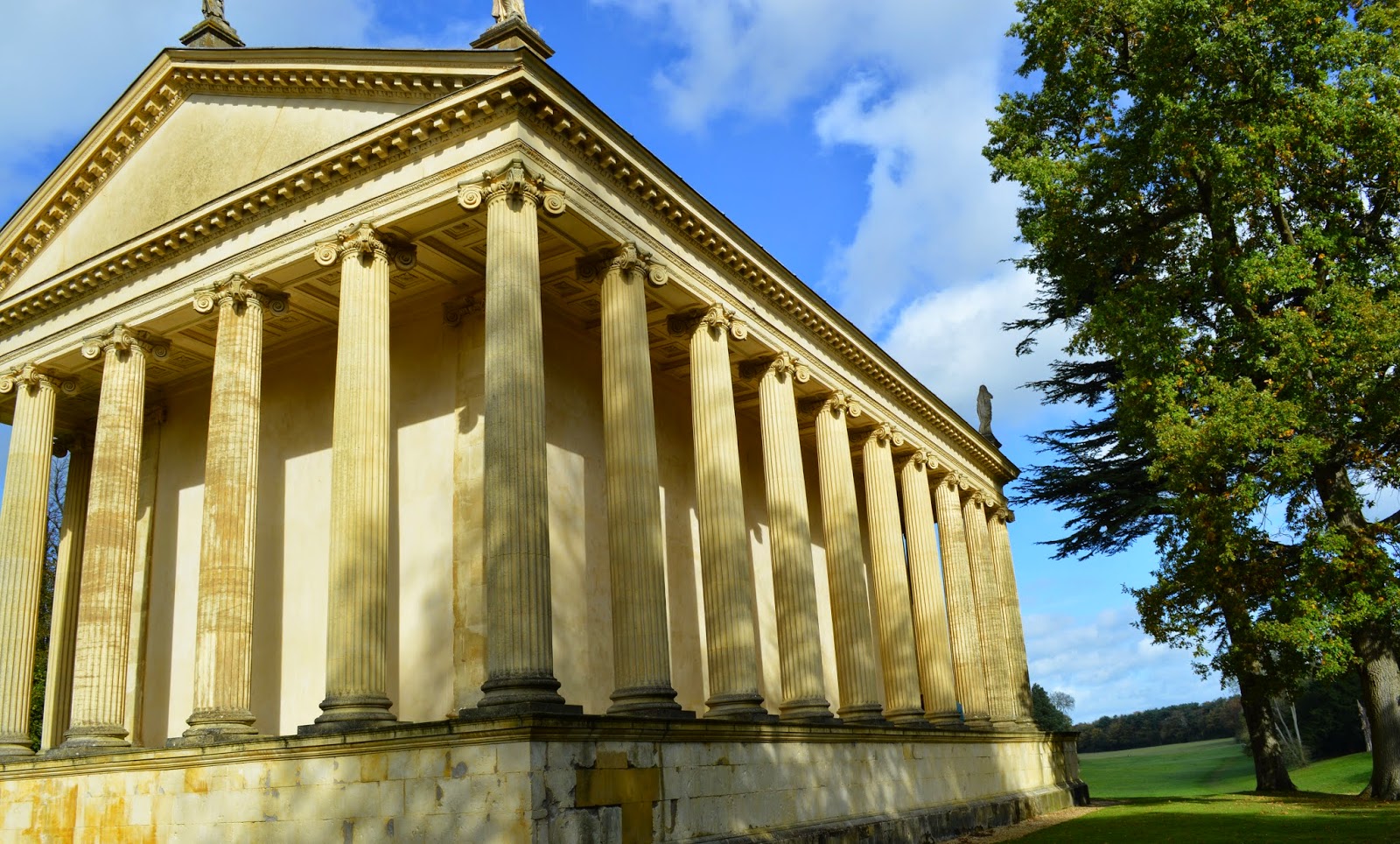 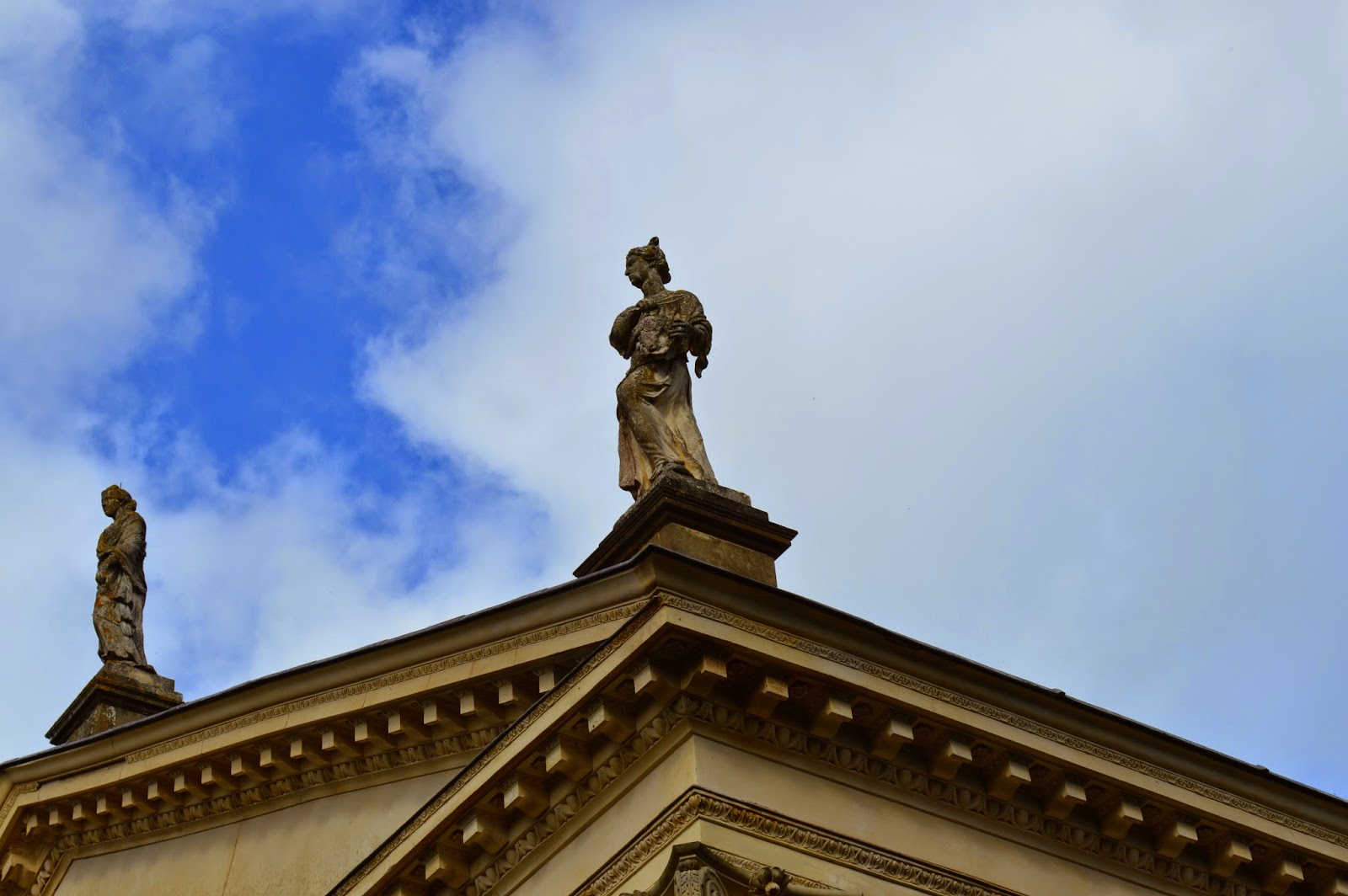 The next two pictures are of Stowe house. As I said in the first post, it is now a private boarding school. We decided against going in, it is an additional charge and we thought access would be pretty limited as it is a school. It became a school in 1922 after years of abandonment, and no surviving male heir. 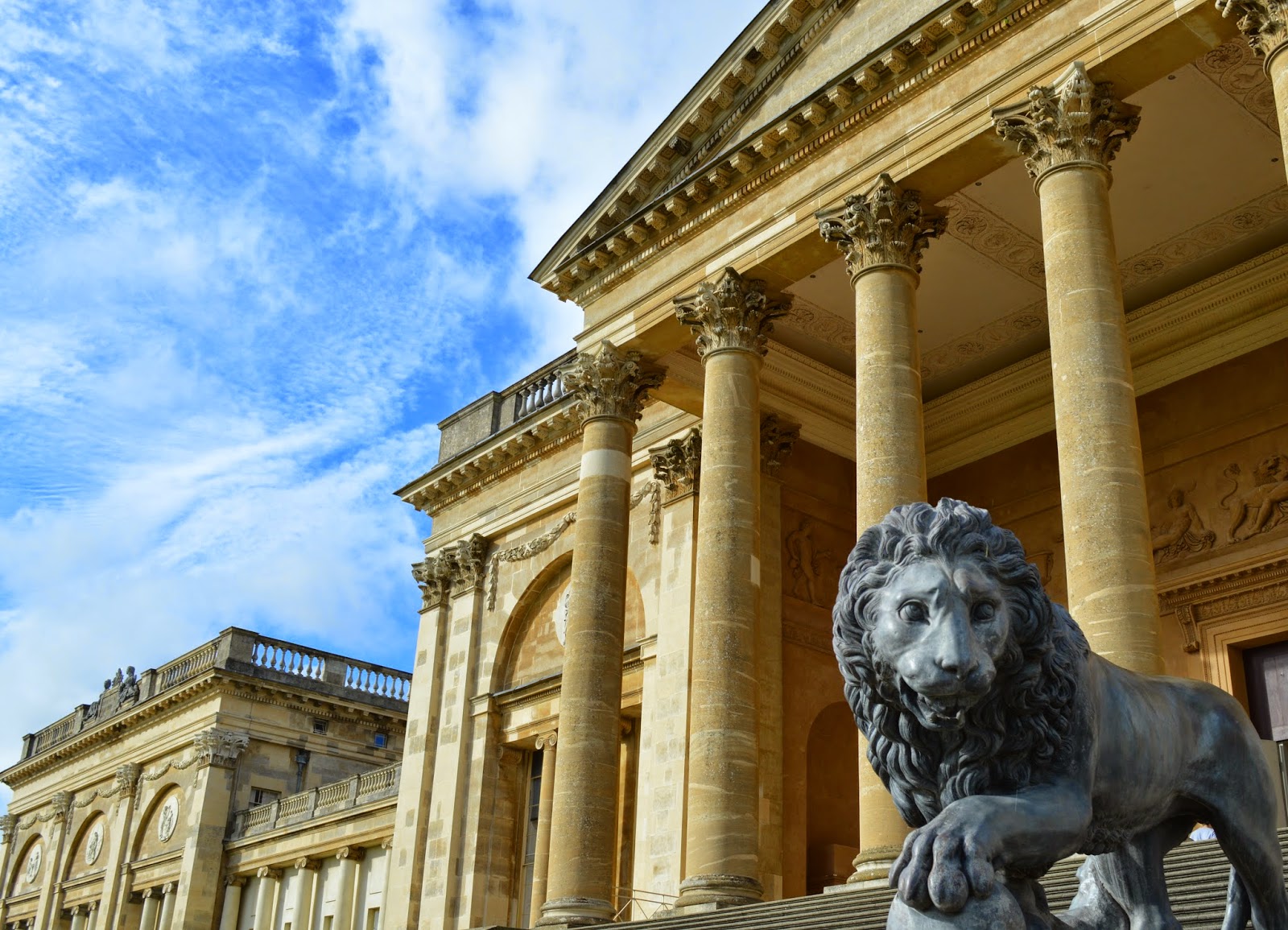 Viscount Cobham and his descendent Richard Temple made the alterations and expansions to Stowe. The family have a chequered past, they count Lady Godiva as one of there ancestors. One of Dukes was a notorious fraudster, who bankrupted the estate and scandalised society. 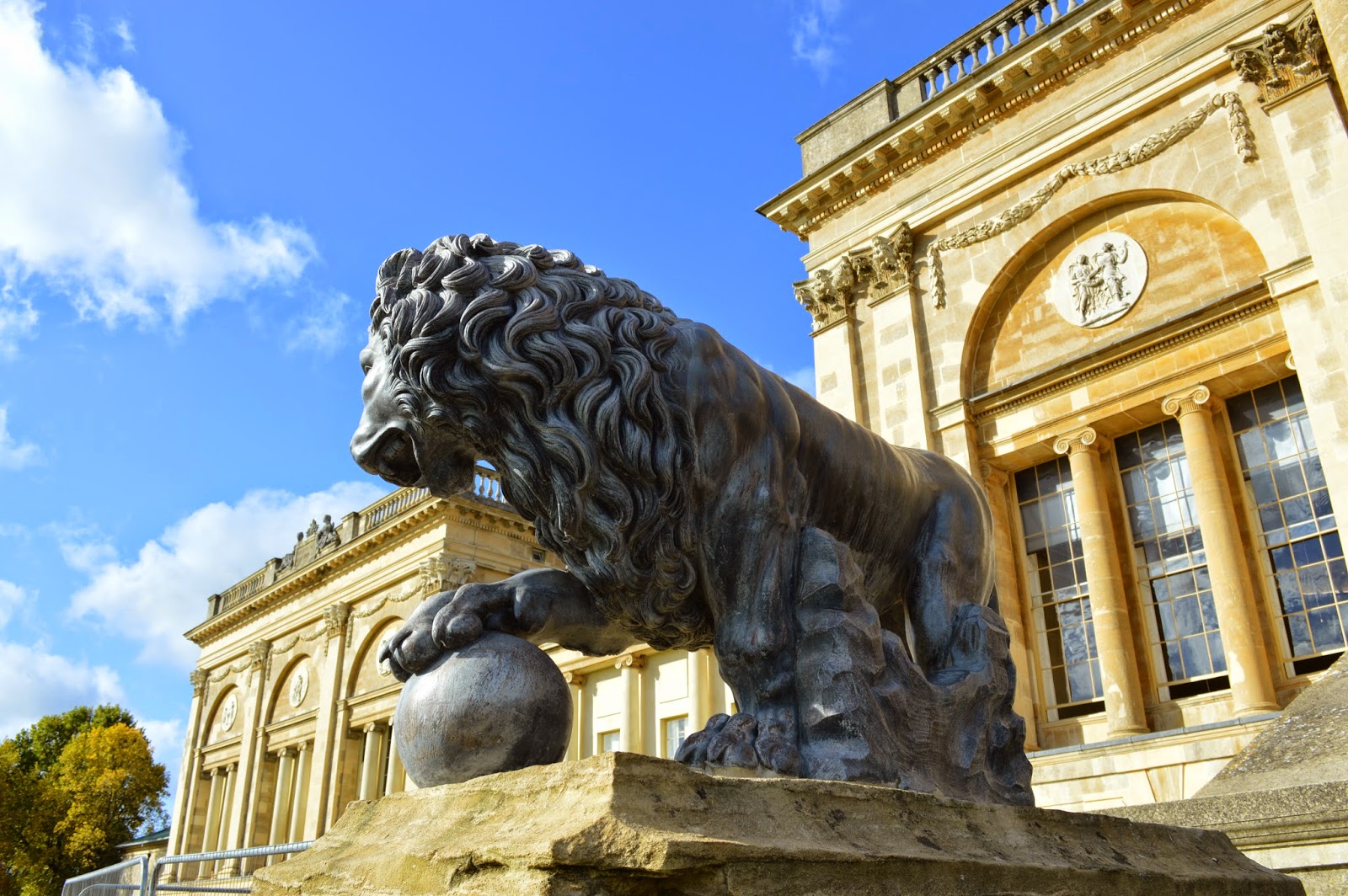 This folly is dedicated to 'Great British Worthies', and includes the busts of eminent artists, writers and politicians. Predictably there is only one woman, Queen Elizabeth I. 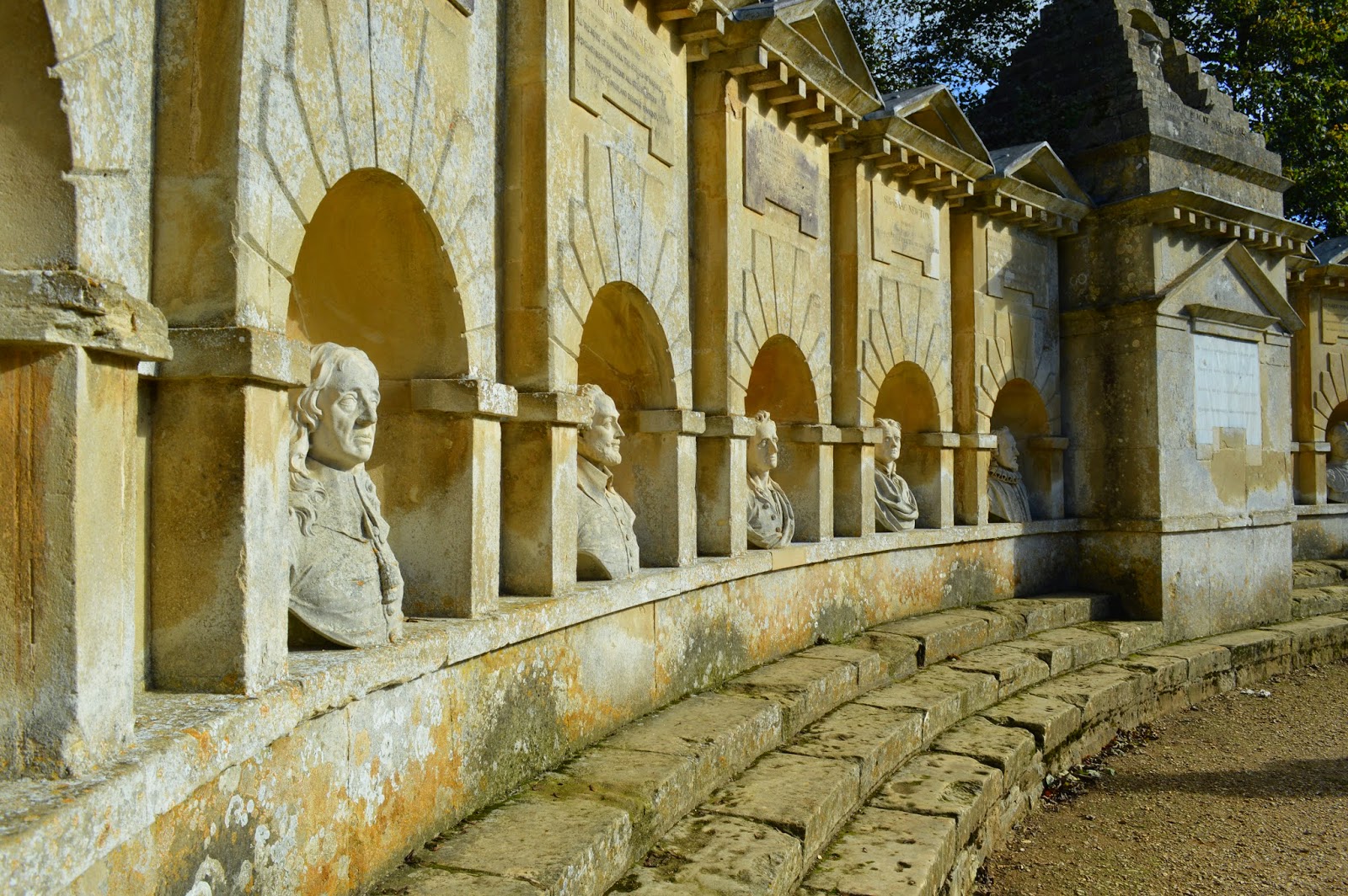 The grounds at Stowe so impressed another queen, Catherine the Great of Russia, that she copied many of ideas for her own gardens at St Petersburg.

The gardens also inspired an opera, and were seen to be the embodiment of Edmund Spenser's epic poem Faerie Queene, which includes sublime pastoral landscapes.

There is a small bit of the inside of Stowe that you can go in, the old coach house. It's not very grand or impressive, but I like the shadows of this picture so I've included it. 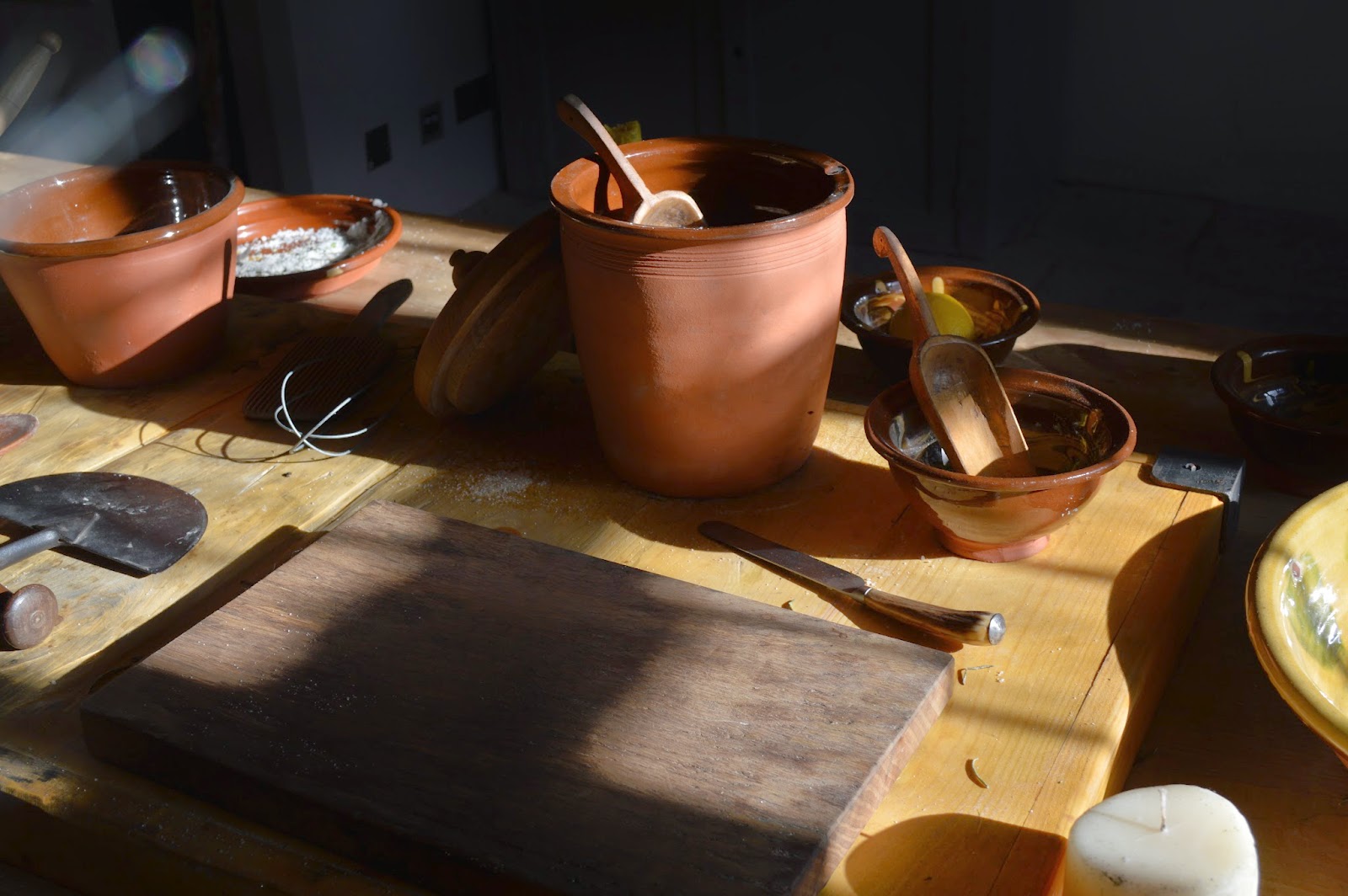 We spent about 2 and half hours at Stowe. We so lucky with the weather, and I think we visited at the best time as the leaves were fabulous colours.
Email ThisBlogThis!Share to TwitterShare to FacebookShare to Pinterest
Labels: 18th Century, architecture, Capability Brown, day trip, daytrip, folly, gardens, gothic, historical building, National Trust, Palladian, photo, photography, Stowe, UK, visit, wood