I won't be surprised if the The Fever Tree is eventually turned into a film, it has been favourably compared to Gone with the Wind and has been well received. 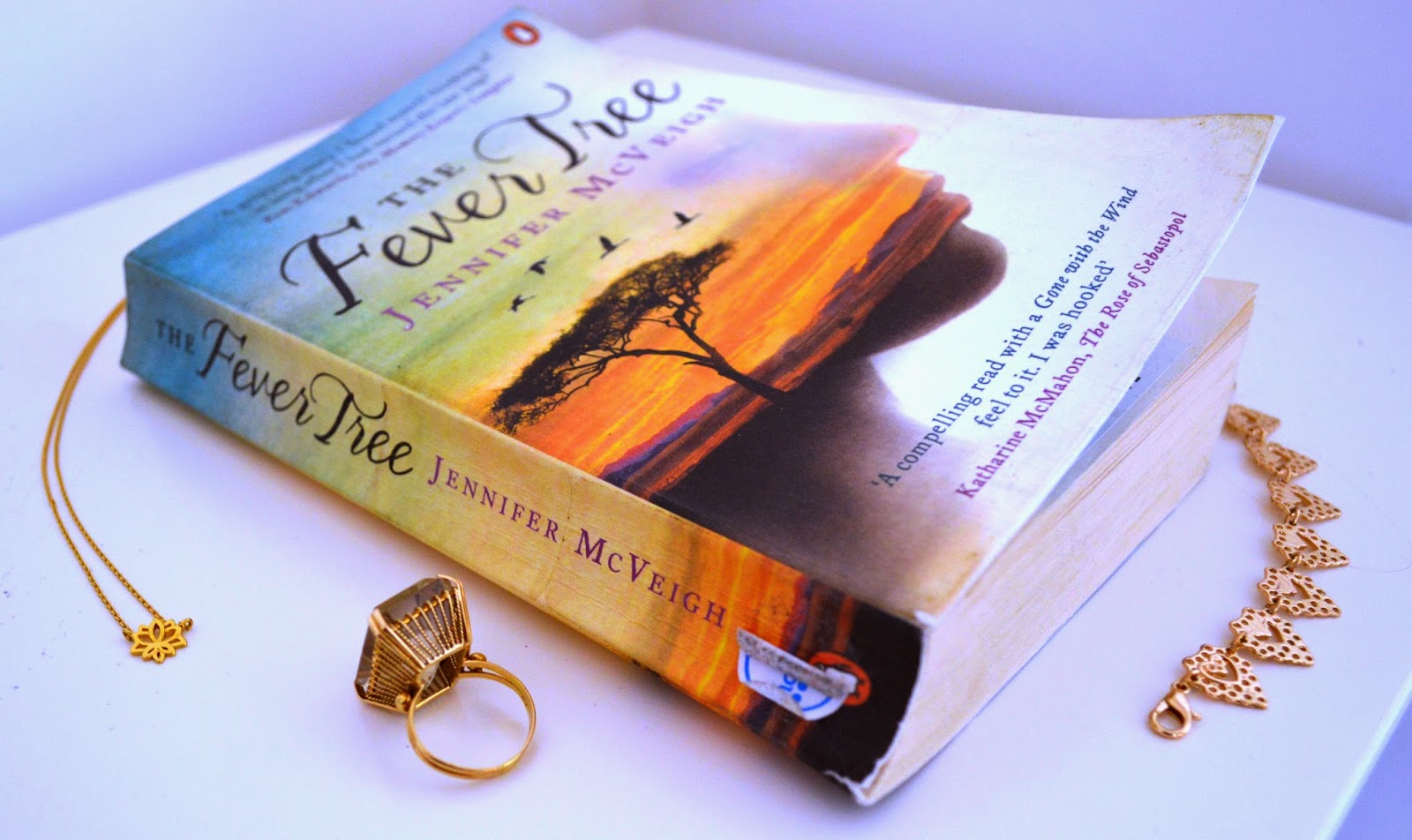 The Plot: Penniless and orphaned, Frances is forced to emigrate to the Cape to join her new husband Dr Edwin Mathews. On the boat journey to south Africa she meets William Westbrook, a magnetic and well-connected man, who helps his uncle run the Kimberley diamond mines. 1880, South Africa is a dangerous and corrupt land, built by speculation, greed and the blood of the indigenous population. As smallpox threatens the stability of an already unstable country, Frances is torn between an idealist but remote Edwin, and passionate but unpredictable William.

Rating: 4/5
I loved this book. The Fever Tree is probably not going to be an addition to classic literature, but it is a fantastic romance, that sweeps you along and quickly gets you emotionally invested.

It has all the familiar tropes, Frances is beautiful and wilful and is caught in a love triangle between a virtuous man and a cad. A fair number of reviewers on goodreads thought these tropes made the novel trite, but enjoyed the predictability and the familiar. You know what to expect with a romance like this, and it delivers.  Edwin is practically a saint and William is the worst of the worst, violent, racist and immoral. The male characters are binary opposites, but Jennifer McVeigh just manages to stop the novel becoming a Mills and Boon cliché. It's easy to predict how the novel will end, but the journey getting there is fabulous. That's not to say that The Fever Tree isn't without problems. As it is set in South Africa during the 1880s the local population is poorly treated, they work in terrible conditions in the mines and are exploited by white people. Of course, McVeigh is just expressing the views of the time, but they make difficult reading and it is disappointing that not a single black person is given a voice in the book. South Africa is just a background for a white romance, and I wish the indigenous population had a chance to have a story of their own or at least a bigger role in this one.

I warmed to Frances, she is hopelessly naive and selfish but I do think she finds redemption in the end. I think some reviewers on goodreads where overly harsh about her liveability. She is flawed, but again she is a reflection of her time. Educated to be purely decorative, she has been brought up with certain expectations and to fit in with high society. I thought Edwin did her a disservice to expect her to immediately adapt and become practical and frugal in a situation she was ill-prepared for.

The Fever Tree is well written, with evocative descriptions. The heat and barrenness of the landscape is almost tangible. McVeigh is very accomplished and creating time and place and this will no doubt serve her well when she comes to write her next novel. I'd be keen to read another one of her books. She has clearly done a lot of research into the time period, small pox and mining, and this novel gave me a solid insight into these subjects.

If you're a fan of historic novels, I'm confident The Fever Tree will be your kind of thing. It has a rich, cinematic quality and is a familiar story in an unfamiliar setting.