As soon as a Margaret Atwood novel comes out it goes straight to the top of my must read list. 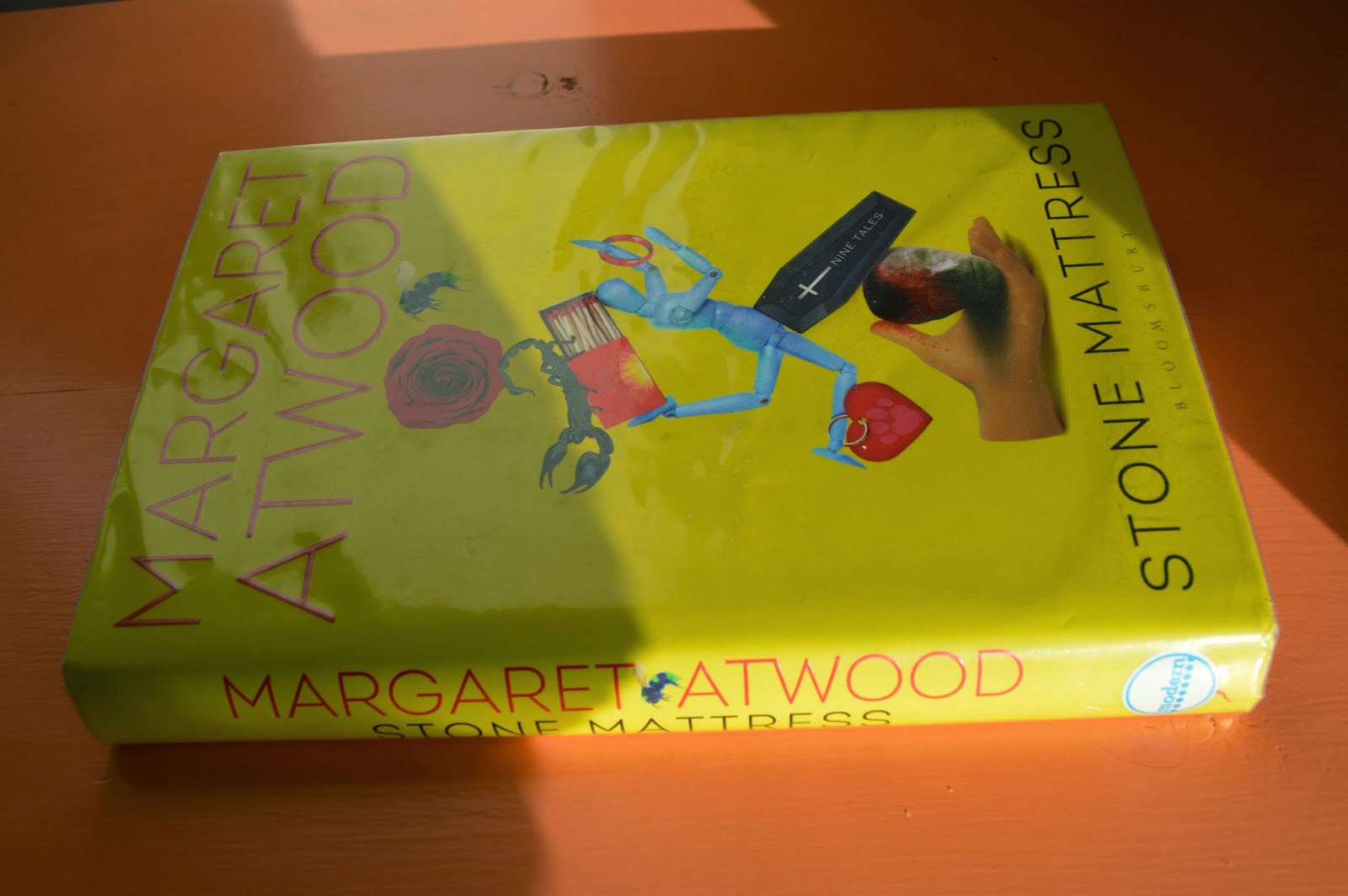 The Plot: Collection of short stories including: A retirement home under a siege by pro-youth activists. A murder committed to avenge a crime. A poet ponders his failing charms and talent whist been interviewed by a hopeful phd student.

Part of my relatively lowly score is because I'm not a massive fan of short stories. Personally they often leave me unsatisfied, there is not enough time to develop characters and have narrative arches. It's all too abrupt for me.  Atwood calls these 'tales' as she has been influenced by fables and fairy tales. There isn't really an overarching theme to the collection, but there is a slightly surreal element to them, a woman is guided by the voice of her dead husband, and another elderly lady with Charles Bonnet Syndrome sees visions of  miniature people dancing.

The weakest of the stories in my opinion is 'I Dream of Zenia with the Bright Red Teeth', which is a shame because I was really looking to reading this one, as it is a sequel to The Robber Bride. It just didn't add much to the original story and didn't answer any of my question. I think it would have been even duller to those who haven't read The Robber Bride, it was a bit of a non-story about a dream. 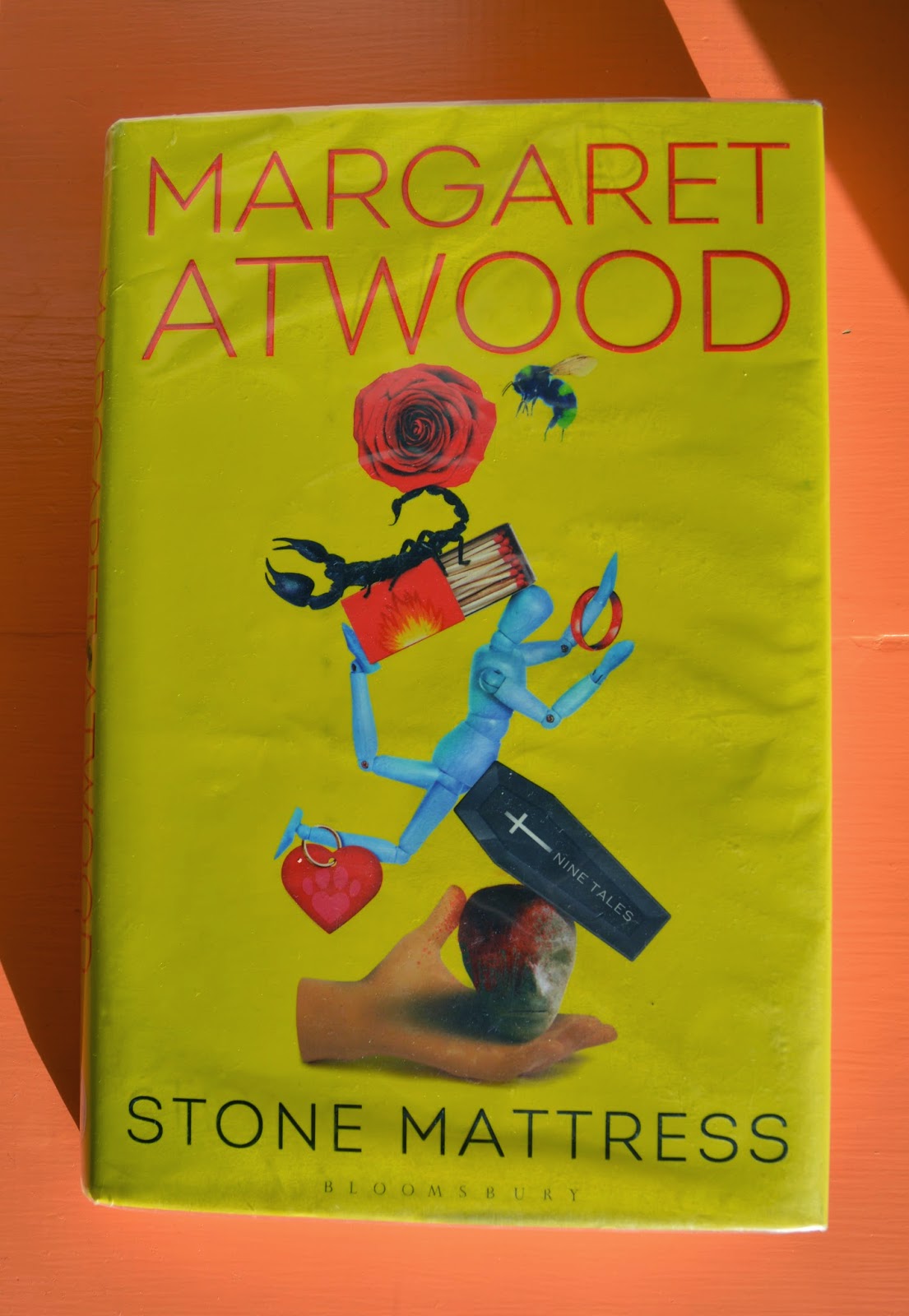 My favourite story was the title story the 'Stone Mattress'  the narrators righteous fury and cunning made this a delight. Atwood is fantastic at writing crime as she is able to spin a story out bit by bit, cranking up tension. Basically this tale is all about how to commit the perfect murder.

A story I'd like to be further developed is 'Torching the Dusties', it has the potential to be one of Atwood's brilliantly dark  and scarily believable dystopian novels.

I'm glad I've read the Stone Mattress it has many examples of Atwood's characteristically sharp wit and vivid imagination, it is just a pity that genre that limited the full potential of her genius.