Stephen Chbosky- The Perks of Being a Wallflower

I finished Perks in a two day reading binge over the Easter holidays. At first I wasn't sure how I felt about it, the book does have a couple of good points, but they are outweighed by the negatives.

The Plot: Charlie is an introverted teenager navigating the pitfalls of friendship, first love and growing up in the early 90s. As a shy loner, Charlie's life is changed when he is befriended by flamboyant Patrick and his step-sister, rebellious and beautiful Sam. They introduce him to parties, drugs and The Rocky Horror Picture Show. Encouraged by his friends, Charlie stops just observing life, and starts participating. 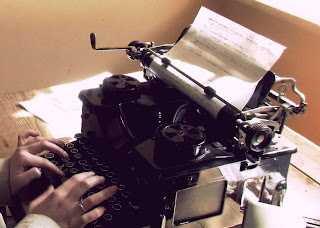 My initial reaction to The Perks of Being a Wallflower was irritation. The first sentence set me off, 'I am writing to you because she said you listen and understand and didn't try to sleep with that person at that party'. I'm not necessarily against narrators addressing the reader directly, Mildura Kundera is a good example of a writer who breaks down the fourth wall effectively, but I hate when motivations or actions are attributed to the 'you'. I really dislike when an author projects things onto me as a reader, I like to make up my own mind about a character or a situation and not have assumptions made about how I will read and react.  It's a minor thing really, but as it happened right at the start it influenced how I felt about the rest of the book.


Charlie's naivety also annoyed me. In the 90's it seems unbelievable that someone would be that unworldly, for example, when he finds out Patrick is gay, he goes to the library to do some research. I found Charlie's reactions to homosexuality problematic throughout the whole book. When his siblings argue and his brother is reprimanded by his mum for calling his sister a 'bitchy dyke', Charlie comments;


'mom told my brother not to use such language in front of me, which was strange considering I am probably the only one in the family with a friend who is gay'

What an odd sentiment. Just because he has a gay friend, why would it make it ok to use derogatory terms in   his presence? I really don't get it. When Patrick is dumped by his lover, Charlie accompanies him to gay pick up areas, which is nice and supportive I suppose, but he also allows Patrick to kiss him. Charlie is straight, and has no romantic interest in Patrick, so I think it's pretty unfair of him not to be honest. Admittedly, this is something that Sam brings up with Charlie later.

Charlie's passivity is also really infuriating. I'm maybe been a little bit harsh here, Charlie is withdrawn and disconnected from other people as a result of something horrible that happened to him as a child. But, his passivity is extreme, he doesn't intervene when he witnesses rape or when he sees his sister been hit by her boyfriend. It seems unrealistic that someone would remain on the sidelines, just observing, on these two occasions.

Patrick and Sam also annoy me. The whole gang seems to be suffering from Special Snowflake Syndrome, just because you wear vintage and like to stand up in the back of a pick up truck whilst it's travelling at high speed, does not make you interesting and original. Their personality quirks do not make them likeable. Another annoyance- of course the feminist of the group, Mary Elizabeth, is too domineering and too talkative, what an overused trope.

The whole thing was pretentious.

Although I've just had a massive rant about how bad Perks is I can also see why people like it, and I read it pretty quickly so obviously it kept my interest. If you're a fan of The Catcher in the Rye, this will be right up your street, unfortunately it wasn't for me.

Email ThisBlogThis!Share to TwitterShare to FacebookShare to Pinterest
Labels: American literature, reading, review, Stephen Chbosky, The Perks of Being a Wallflower