Women Writers- sisters doing it for themselves

Female authors are slowly gaining recognition in the media, for the first time the Granta list, which celebrates twenty  promising British authors under forty, comprises of more women than men. It is also refreshing to see the addition of authors from diverse backgrounds, including Somalian, Bangladeshi and Chinese. For the Granta list to remain relevant it is important that the authors chosen reflect Britain and modern British Literature, which is multicultural and complex.

I've only read three of the authors featured on the Granta list, Xiaolu Guo, Ned Beauman and Zadie Smith, but I'm looking forward to checking out the others.

I have read debates recently about whether it is still necessary to still have female only awards for literature, such as the Women's Prize for Fiction, personally I believe it is still needed. I was shocked to read on VIDA about the disparity between the number of male authors reviewed compared to women authors. The men outweigh the women, clearly showing that male authors are getting more publicity, more acclaim and more notice than their female counterparts. Below are graphs, taken form VIDA, that show a gender count of bylines and authors reviewed in literary publications. Even Granta, if unequal, showing that the majority female list this year is an anomaly. 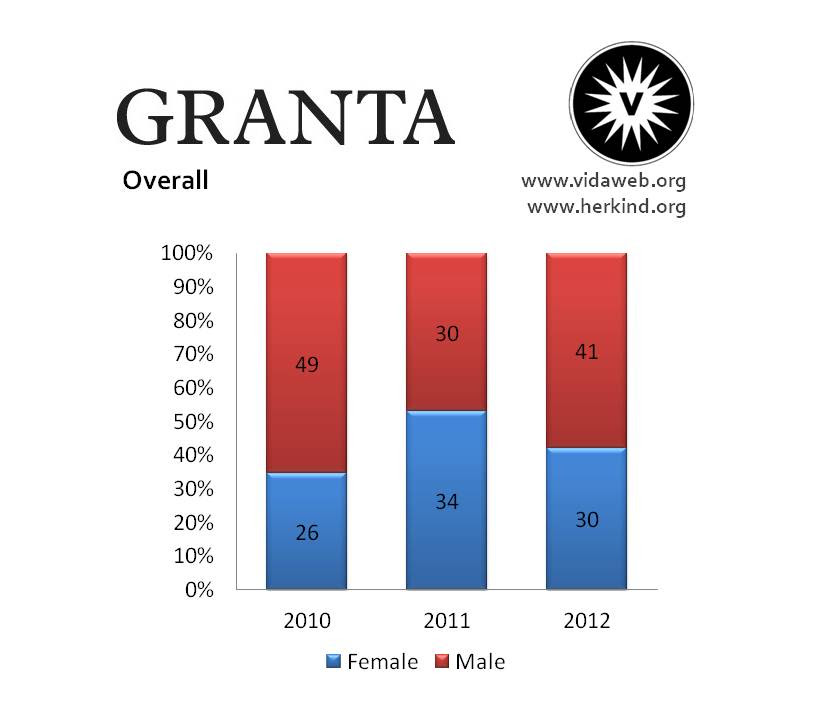 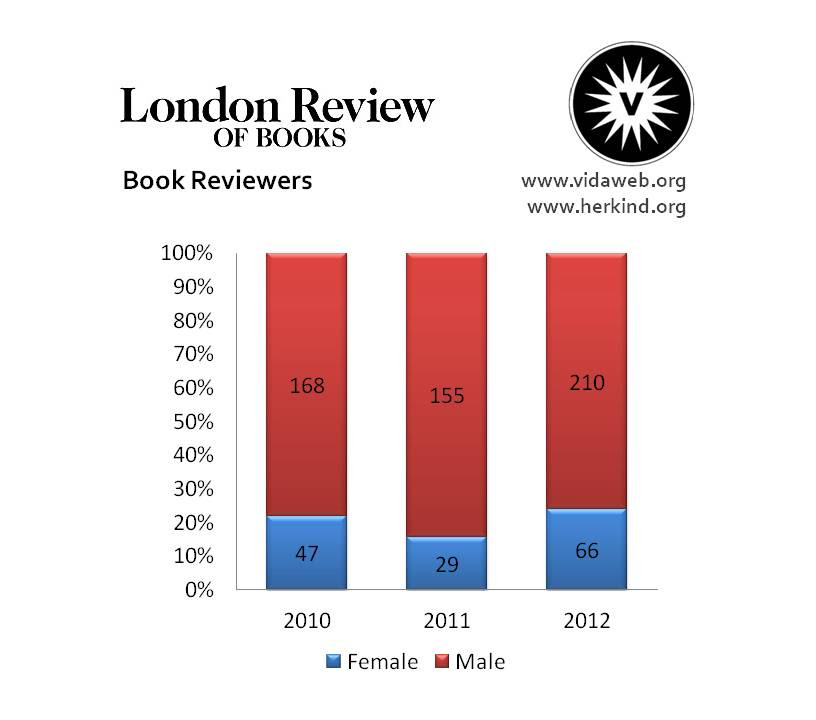 There are several of these graphs, so I won't bore you with them all, but I seriously suggest you check them out for yourselves. Out of all the publications VIDA has looked at, not a single one reviews more women than men. So yes, I think it safe to say there is still a place for women only prizes.

The 2013 Women’s Prize for Fiction shortlist was released a few weeks ago, and is listed below:-