Lee Jackson- The Welfare of the Dead

I've started to make my way through the bumper haul of books I picked up at the library the other week. As I've said previously I  picked up The  Welfare of the Dead as I was inspired by my recent trip to Highgate Cemetery. 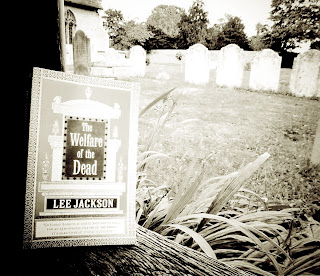 The plot:- Set in Victorian London, Inspector Webb is called upon to solve the murder of two women found dead in house of ill repute. His investigation leads him to believe that is a connection between the deceased prostitutes, the theft of a body form a nearby cemetery and Jasper Woodrow, purveyor of funeral attire and mourning paraphernalia.

I was a bit disappointed with Lee Jackson's novel, some of the ideas are good, but the execution is poor. It doesn't quite satisfy as a crime/detective novel, as the murder and plot twists are pretty obvious. Also the book fails to deliver on character development. I think with any crime novel, regardless of the era the book is set, the detective needs to be a strong character. Inspector Webb, was very bland, he didn't have any personality quirks or amazing powers of deduction.The other cast of characters were formulaic; 'spirited-but-vulnerable-heiress', 'neurotic wife', 'slimy-chubby-man-with-dubious-intentions' etc.

One thing I did find interesting was Jasper Woodrow's business, 'Holborn General Mourning Warehouse, Mourning for Families, In Correct Taste'. I like the faintly ridiculous and macabre obsession the Victorians had with death.  Plus, aesthetically I am intrigued by mourning jewellery, broaches made from hair or teeth. So, I enjoyed the descriptions of Woodrow's business, and wish it had included more.

The Victorian era really suits crime fictions, there are a ton of books for example about Jack the Ripper, but The Welfare of the Dead falls short. It's not a bad book, I just the full potential was not realised.

If you fancy reading a more atmospheric novel about Victorian England I'd recommend The Crimson Petal and the White by Michael Faber. Or if you want to read a detective novel with a fledging police force you could try Lyndsay Faye's The Gods of Gotham. 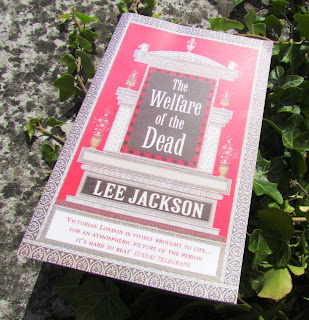