"In London, love and scandal are considered the best sweeteners of tea" - John Osborne

If you want to have a rummage around second hand and independent bookshops, one of the best areas you can go in London is around Leicester square. 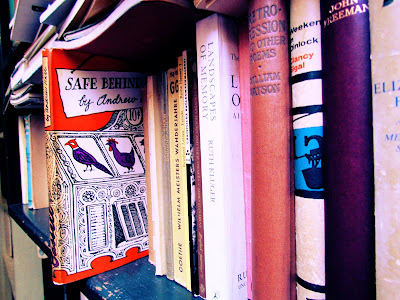 There are loads of bookshops waiting to be discovered in the vicinity, we stumbled upon Cecil Court (WC2N 4EZ) completely by accident. 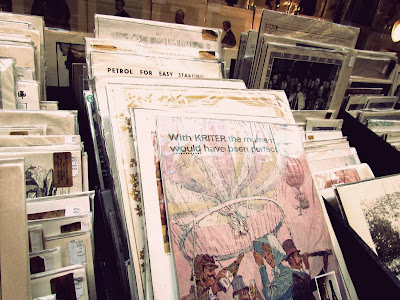 After having a wander around the bookshops and The National Portrait Gallery we were parched, so went to probably one of the most unusual places we have ever had a cup of tea- the crypts of a church

St Martin in the Fields  is just next door to Trafalgar square.  The crypts of the church have been converted into a cafe where you can get reasonably priced food and drinks in a unique and atmospheric setting.

We shared the afternoon special, which came with a scone, two pieces of cake and a pot of tea. We also bought an additional cup of a tea, I think the price came to around £7 all together, which is really quite cheap for central London. The scone came with a generous amount of cream and jam, which is just the way I like it, and the cakes were tasty as well.

It is a bit weird to be sat on top of graves, but I think its a really good idea. The church gets a lot of revenue from the cafe, which helps maintain the building. The graves markers are all still visible, which is fantastic,  as the people who are buried there are just normal people it is unlikely they would be remembered or noticed if there wasn't a cafe down there. Besides, the crypts have been re-purposed before, they were used as an air raid shelter during the blitz.
Email ThisBlogThis!Share to TwitterShare to FacebookShare to Pinterest
Labels: Alice Through the Looking Glass, book, book shop, Bookseller, Cafe in the Crypt, Cecil Court, cream tea, cup of tea, day trip, Leicester Square, London, scones, second hand, St Martin in the Field, visit, Watkins