Once upon a time there lived a girl who liked to write lists...

Following on from my previous post, I've got some suggestions of fairy-stories for adults, some are traditional and others are reworking of classics. So in no particular order:-

1. Brother's Grimm, Selected Tales
Well no fairy-tale list would be complete with out the Brother's Grimm, so I thought I'd get it out the way first. There are several editions out there from child-friendly picture books to collector's editions to a free kindle version.  I have the penguin classic, which includes over 65 stories, notes and a through introduction. 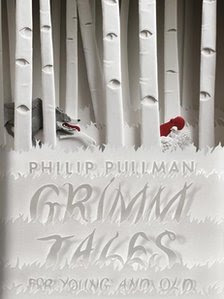 My second selection is obviously very connected to my first choice, as it Philip Pullman's retelling of the Grimm brothers classics. I haven't read this yet but I really really want to. I think Pullman is a fantastically talented author, his Dark Materials trilogy is amazingly inventive.

3. Moss Roberts, Chinese Fairy Tales & Fantasies
A collection of Chinese fables, myths and fairy-tales. There are many similarities with European fairy tales, but are also uniquely influenced by Taoist and Confucian philosophy.

More pictures and recommendations are the cut:-

4.  Jack Zipes, The Oxford Companion to Fairy Tales
If you are interested in the evolution of fairy tales, Jack Zipes' books are the place to go, he is an absolute authority on the subject. His Fairy Tales and the Art of Subversion and The Irresistible Fairy Tale: Tshe Cultural and Social History of the Genre are on my list of books to read.

Zipes has also edited collections of fairy stories that  might also be worth checking out. The Trials and Tribulations of Red Ridding Hood looks really interesting, it includes 35 versions of the story and examines the social context and uses the multiple retellings to examine Western Culture, sexism and politics.

I've mentioned this book before, because I can't recommend it enough. Firstly, it is aesthetically pleasing and would look great on your bookshelf. The pictures above are just a couple of the illustrations that are scattered throughout and each story begins with a unique illuminated letter.

It contains stories collected from all around the world, and it is really enjoyable to dip in and out of. With sections such as 'Clever Women, Resourceful Girls' and 'Strong Minds and Low Cunning', you won't find any simpering princess in these pages. Some of the stories are pretty raunchy, definitely not suitable for kids.
6. Angela Carter, The Bloody Chamber
Another Angela Carter book makes my list- she is the Queen/ Wicked Fairy Godmother of contemporary and reworked fairy tales. The Bloody Chamber, is essential reading for all feminists.

"And each stroke of his tongue ripped off skin after successive skin, all the skins of life in the world, and left behind a nascent patina of shining hairs. My earrings turned back to water and trickled down my shoulders; I shrugged the drops of my beautiful fur."

7.  Eowyn Ivey, The Snow Child
A bewitching and atmospheric contemporary fairy tale. The landscape is the real star of this novel, 1920's Alaska is just as enchanting and foreboding as Hansel and Gretel's forest. Full review can be read here

I haven't read this one yet, but it sounds like it would be right up my street. It's only 1p on Amazon, so I might have to pop it in my shopping basket. Similar to some of my earlier suggestions, it is a collections of tales from around the world. I've been obsessed with witches and witchcraft since I was a child.

The Baba Yagas of Slavic folklore really caught my imagination. A Baba Yaga is a supernatural sorceress who usually lives in a chicken leg hut and flies through the air using a mortar and pestle.
9. Gregory Maguire, Mirror Mirror
Mirror Mirror is a retelling of the Snow White story influenced by the Borgia family (real historical figures, controversial Pope Alexander VI and his corrupt and devious children). I've blogged about Gregory Maguire before, he has an amazing ability to totally re-imagine and retell a classic story and bring a whole new prospective.

If you've got any recommendations to add to this I'd love to hear them- ping me an email or leave a comment in the box below.