I've given myself the challenge of learning more about Norse mythology, as I think I'm fairly clued up about Greek and Roman god and goddess but my knowledge of the Norse pantheon is sadly lacking. So I was very excited to find out that Joanne Harris' (author of Chocolate) new book was going to be The Gospel of Loki, feels like I've had to wait for ever for my library to get it in.

The Plot: Loki, the trickster and Father of Lies, feels like he has been hard done by in the official record of events and wants to put across his own story. Ostracised by Odin, Thor and the other gods (aka the Popular Crowd) like a high-school misfit, Loki is out for revenge. He aligns himself with Gullveig-Heid, the Sorceress, and ushers in  Ragnarok, the end of the world and the death of the gods.

For my full review, see after the jump:
Firstly I'd like to point out what an attractive cover this book has. Unfortunately, it didn't photograph very well as it's a library copy, and is therefore wearing a baggy, unmovable plastic protector. In real life though, the illustration has some wonderful colours and would look rather appealing on your bookshelf.

I initially sampled The Gospel of Loki on kindle, and what stopped me clicking purchase was the gossipy, informal tone of Loki's narration, but I need not worry. I thought it might end up getting on my nerves, especially as I'd recently read A.S Byatt's Ragnarok, and as both are about Norse mythology I couldn't help compare the two. Harris and Byatt have both taken a very different approach to the centuries old story, and whilst Byatt's novel is expertly written and has a lyrical quality, Joanne Harris' version is a lot of fun. Byatt's is more academic, whereas The Gospel of Loki is a a kind of 'My First Book of Norse Mythology'. Both books are fabulous introductions to the myths, and though Byatt's wins on quality, Harris' wins on personality.

Loki has so much potential as a character (as evident with how well Marvel is doing with the Thor and Avengers films) and Harris makes full use of  his duplicitous and mischievous nature. There's a naughty glee in Loki's actions, from cutting off Sif's hair, to convincing Thor to wear drag, and he managed to sway me into believing that they were all harmless pranks, or evidence of his cleverness. I'm obviously a sucker for a bad boy. 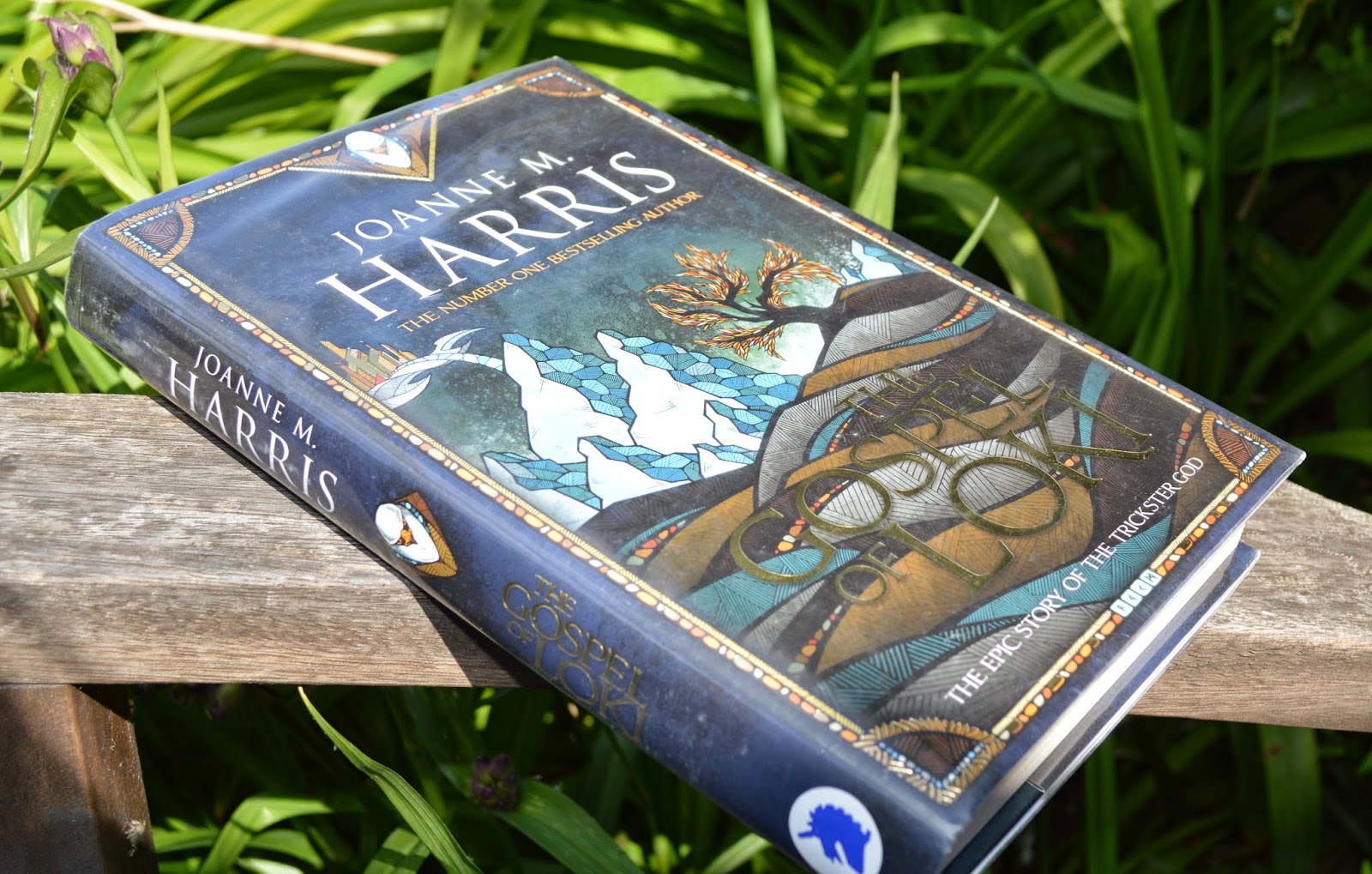 The Gospel of Loki has given me a pretty good idea of the major legends of Norse mythology, but I do wonder if I wasn't such a novice if I would have still enjoyed the book. To me it seemed fresh and humorous, but perhaps purists will be put off by this modernist retelling.

If you've read The Gospel of Loki and are looking for something similar, I'd suggest Weight by Jeanette Winterson, as it has a similarly colloquial tone, and is the retelling of the Greek Myth of Atlas and Hercules.