Petworth has been a family home for over 800 years, and part of it is still home to the Wyndham family. 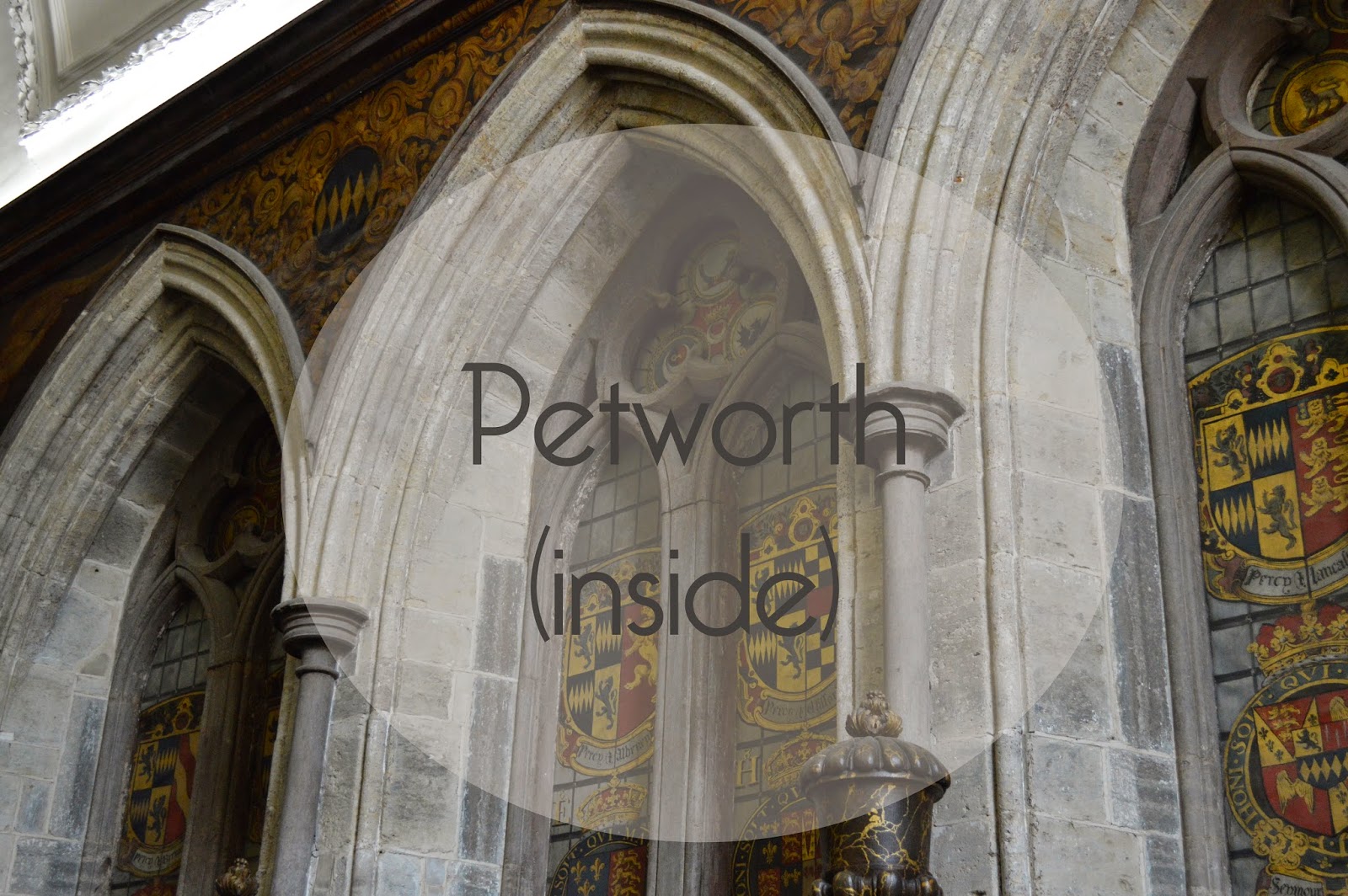 When it was first built by the Percy family it was intended for only occasional use, as the family seat was in Northumberland, however in the 1500s it became their permanent home after Queen Elizabeth I became suspicious of their relationship with Mary Queen of Scots.

More pictures of the inside of Petworth under the cut:-

Looking around Petworth you don't really get an idea of how the house would of looked when it was first built, as it has been extensively remodelled and adapted over the years. The chapel is the oldest surviving part. 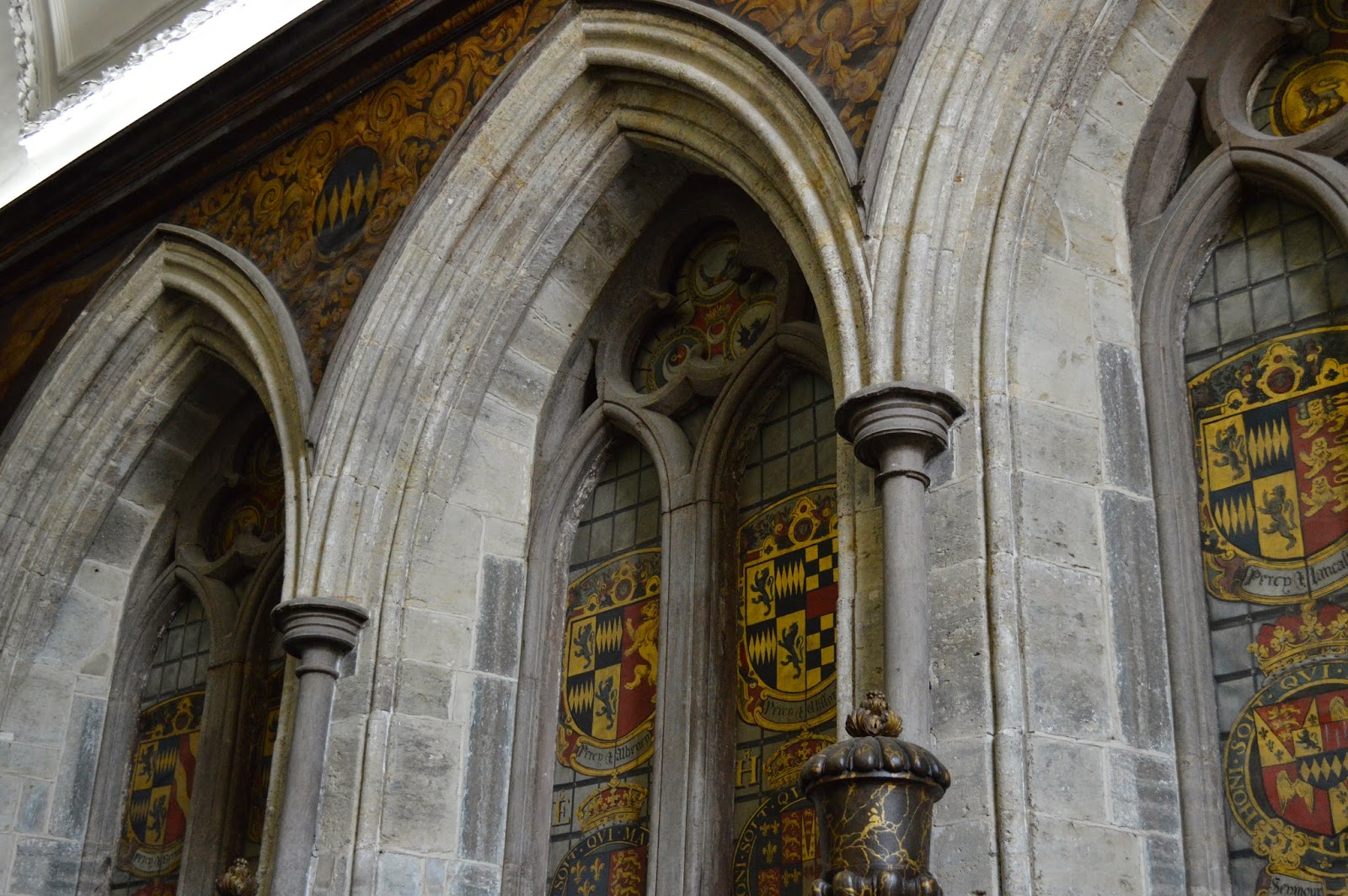 The central coats of arms in this stained glass windows commemorates the marriage of Henry Percy to Mary Talbot. The marriage was not very successful and Mary sought an annulment on the grounds that Henry was already married to Anne Boleyn. Of course Anne denied she was pre-contracted as Henry VII had his eye on her, and therefore the petition was thrown out and Henry Percy and Mary were trapped in a loveless marriage.


Talking of unhappy marriages, Elizabeth Seymour Duchess of Somerset didn't have much luck either. She was a wealthy heiress who inherited the title of Baroness Percy in her own right, so she was quite the catch for aristocratic men. Elizabeth was married three times before the age of 16, her first husband died, her second was murdered (possibly at her instigation) and her third marriage although long lasting was rumoured to be unhappy.

Another notable former owner of Petworth House was George Wyndham, Third Earl of Egremont. He was a patron of the arts  is responsible for collecting most of the paintings and statues that are still on display in the house. He also sponsored artists including John Constable, Joseph Turner and George Romney and invited them to stay at the house.

My dad is the spitting image of George Wyndam and as he was a notorious philander with a reported 43 illegitimate children we could well be related.

Personally I'm not that fussed by Turner's work, I appreciate the colours of the sky, but I think most of his work lacks depth, often the foreground is just as indistinct as things in the distance. Though I suppose his work is atmospheric, and the light coming through the clouds in the picture above is well done.


Before we went into the house a volunteer gave us a small introduction to the history of the house and the art collection, if you do visit I recommend you listen to the talk. If I remember correctly this bust of Aphrodite dates from 6 BCE. 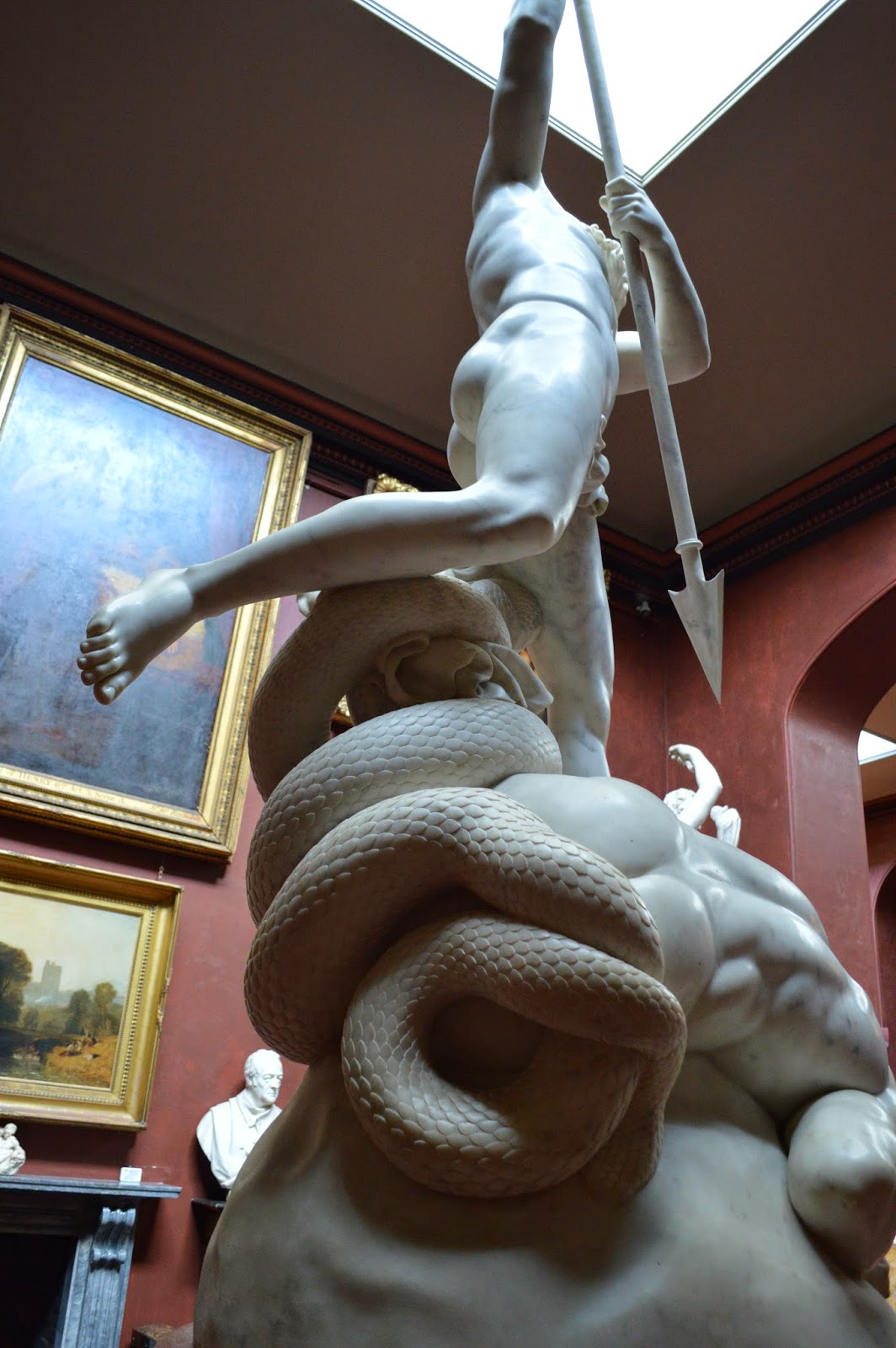 This is the oldest surviving globe in the UK, it was gifted to the owner of Petworth by Sir Francis Drake. Drake sailed to the Americas and cause the Spanish no end of grief prompting King Phillip II of Spain to offer 20,000 ducats (about £4 million) for his life.
Petworth is more of a gallery than a house, so you don't really get a feel of what it would like to live there especially in the Percy heyday. The kitchens in the servants quarters however have been furnished to look like how they were in the time of George Wyndham.

On our visit there were volunteers cooking traditional recipes which smelt really good and added a nice authentic touch.

Though I enjoyed my visit to Petworth, I'm not in a rush to re-visit, I think I would have got more out of the trip if I was more knowledgeable or had a greater appreciation for art.
Email ThisBlogThis!Share to TwitterShare to FacebookShare to Pinterest
Labels: art, day trip, National Trust, Percy Family, Petworth, Sussex, Turner, visit, Wyndham