I've only ever read one Ian McEwan novel before, Atonement, which I thought was absolutely beautiful, so when I spied  Sweet Tooth on the library shelf I snapped it up.

Now I've finished it, my feelings towards Sweet Tooth are ambivalent. Although McEwan is undoubtedly talented, I don't think this book is half as clever as he thinks it is. 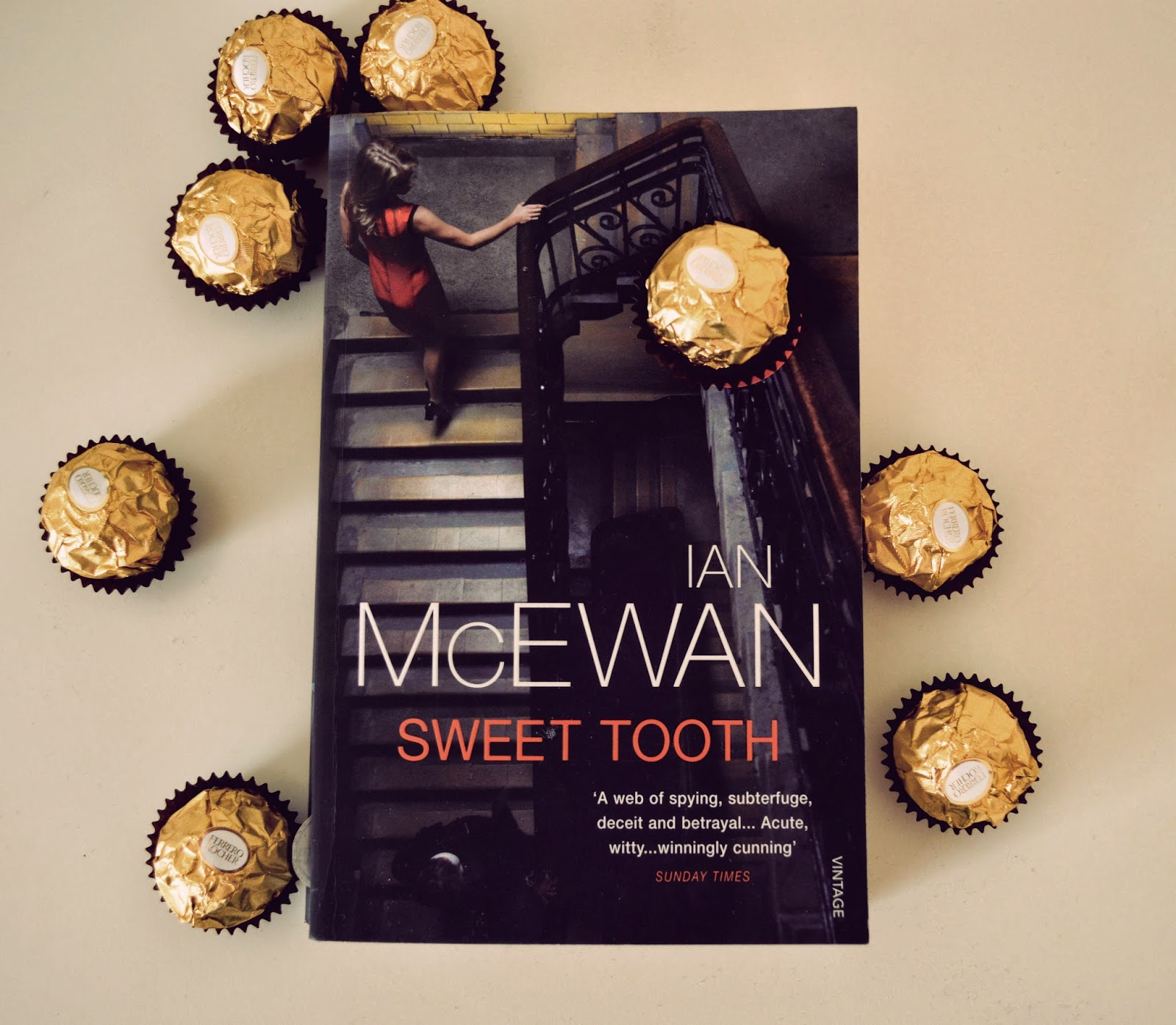 The Plot: Groomed for MI5 by her Cambridge professor/lover, Serena Frome enters the service at the tail-end of the Cold War.  After a period of tedium and dogsbody duties, she is sent on a secret mission, to recruit promising writer Tom Haley to Operation Sweet Tooth- an assignment  that aims to undermine communist ideology through popular literature.

As I don't want to give away too many spoilers my review is under the jump:-

The start of Sweet Tooth really drew me in, Serena's time at Cambridge is well written and engaging and as a voracious reader I saw myself in McEwan's  description of Serena greedily reading fiction.

My interest did begin to wane however when Serena entered MI5, constrained by gender Serena's role in MI5 is basically that of an admin assistant, which is rather plot limiting. By the time Serena is given the opportunity to work on Operation Sweet Tooth, I was bored as those early female recruits must have been when they joined the service. Operation Sweet Tooth, seemed like a waste of time to me, there was no real danger, subterfuge or drama. When Serena lies to Tom Haley about her job and convinces him to unknowingly join Sweet Tooth (he thinks he is being given a grant to write whatever he wants, and doesn't know the government hope that his writing will have a subliminal influence on the masses) I found it hard to care. I don't few Serena's 'betrayal' as a big deal, so what if the money is from MI5 and his girlfriend was evasive about her job? I wouldn't be that bothered if I was Tom, I'd just be pleased that I was getting money to write.

Another flaw is that the stories-within-a-story are pretty dull, Tom Haley's fiction is summarised by Serena in  forensic detail  and I tended to speed read through them. They were too much like reading book reviews within a novel and didn't really enhance the main story (not that I have anything usually against book reviews-hence this blog!).

Sweet Tooth is a sort of metafiction, and whilst I enjoyed that in Atonement, a novel that explores the idea of lies and how we edit and recreate our own history,  I don't think it worked as well here. The ending felt a bit too smug. There is a danger with metafiction that the tone of the novel can be a bit self-congratulatory, that the author puts too much of their ego into the ages when writing about writing and the creative process, and I think that's what happened here with Sweet Tooth.

I feel like I've perhaps been to harsh in my comments- I did enjoy it, some paragraphs I had to stop and immediately re-read as they were so impressively written
Email ThisBlogThis!Share to TwitterShare to FacebookShare to Pinterest