Lyndsay Faye, Seven for a Secret

I've been eagerly anticipating the sequel to Gods of Gotham for a couple of years, so was mega excited when I saw my local library had Seven for a Secret in, luckily I wasn't disappointed. It's shaping up to be very good historical detective series.

The Plot: Timothy Wilde a talented copper star in the newly formed NYPD is still reeling from recent events, a case involving a sinister brothel madam, when he is once again plunged into the dark underbelly of  19th Century New York. Distraught, Mrs Lucy Adams appeals for Wilde's help, after discovering her family missing, she suspects they have been taken by black-birders, ruthless slave-catchers who hunt for runaways to sell back to the south. Determined to fight such injustice, Timothy Wilde fights to expose political corruption and rescue a family.


Seven for a Secret has taken inspiration from the true story of Solomon Northup (depicted in the brilliant, Oscar winning film, 12 Years a Slave) some of the chapters are a prefaced with excerpts from Northup's autobiography or from period news articles. Clearly a lot of research has gone into the writing of the novel and it shows. Building on the prequel, Faye has created a setting that feels authentic and historically accurate, I could clearly picture the sights, smells and noise of old New York.

Timothy Wilde, is a very modern hero.  Progressively politically liberal and compassionate, his sensitivity and compassionate  make him a likeable hero, but also slightly on the unrealistic. It is clear that Wilde is a 19th Century man written by a 21st Century woman, though this didn't impact my overall enjoyment of the novel. Timothy Wilde's wayward, substance- abusing, bisexual brother, Valentine, would have perhaps been a more complex and intriguing character. Timothy is, on occasion, just too good to be true.

I have a growing interest in the underground railroad (sparked by a talk I attended a few months back on Black History) so the subject matter of the book was really fascinating to me. The hypocrisy, dangers and draconian laws imposed on people of colour during this time really comes across in this novel. It really illustrates that 'free' didn't mean equal and certainly didn't mean safe. I think a lot of the time the North is seen to be the 'goodies' in regards to the abolition of slavery, but novels such as this and films like 12 Years a Slave are offering a more truthful picture.

Seven for a Secret  does have a couple of weaknesses. For a start, I think Lucy needs to be fleshed out more, the motivation for her actions is somewhat unclear. Unfortunately Lucy is in danger of coming across as a 'tragic mulatto', a stock character from abolitionist literature. Delia, Lucy's sister and the black New York Committee of Vigilance, go some way to redeem Lyndsay Faye's sparse writing of Lucy, but again Delia and the Committe are characters that would have been worth expanding on.

Another gripe I had with Seven for a Secret was the reappearance of Silkie Marsh, the brothel madame and villain from God of Gotham. I hope she's not going to be Wilde's only nemesis in the series as that will soon be repetitive.  Also it seems out of character that Timothy or Valentine haven't either arrested her (Timothy) or killed her (Valentine) as they have been successful at bringing other criminals to justice and are unafraid to go rogue. 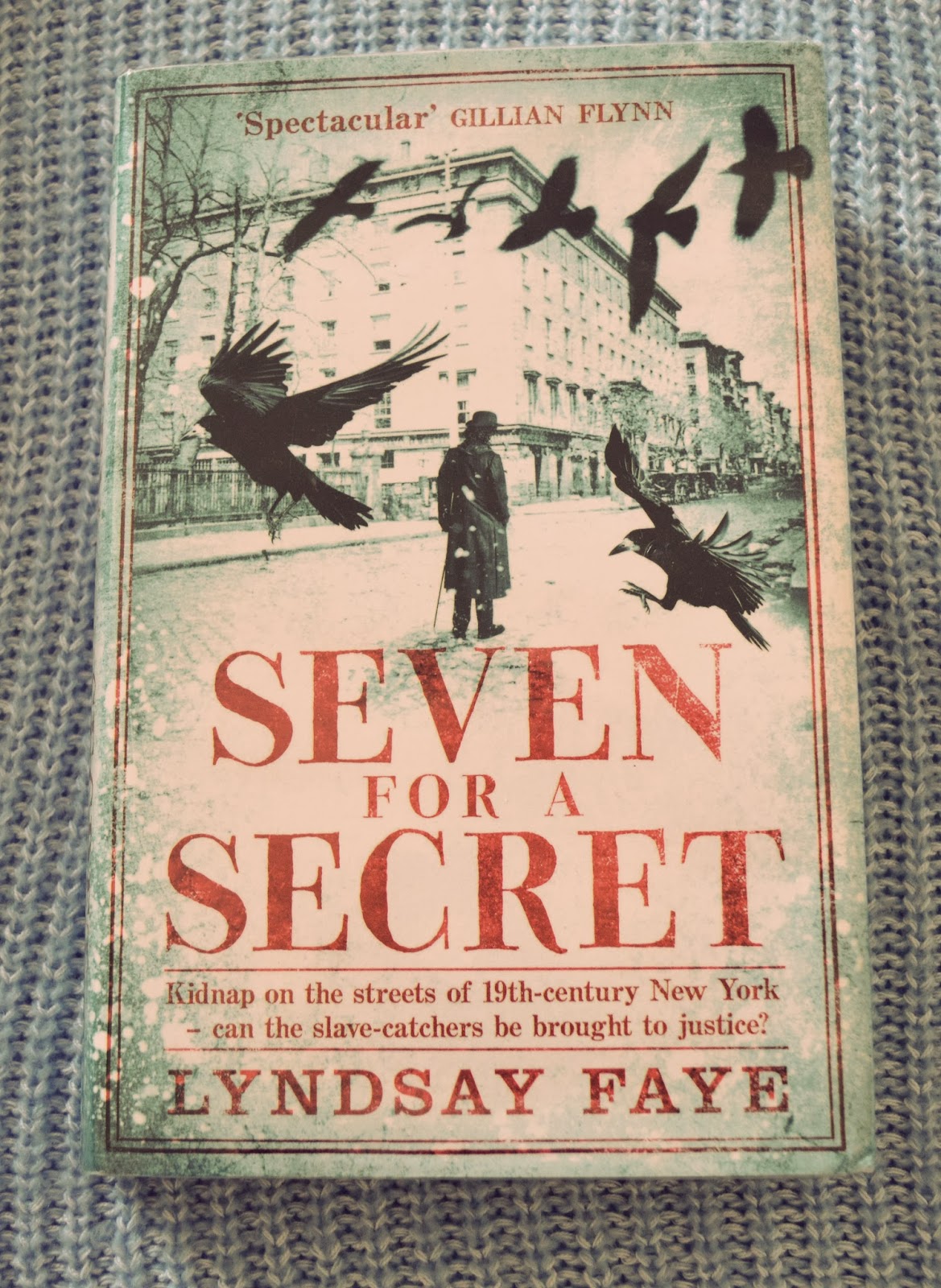 I don't want to end on a negative note, as I did really enjoy Seven for a Secret (I read it in a single day I was that gripped) so one thing I really like about the series if the use of 'flash' colloquial, coded language that was used by New York criminals and the Wilde brothers. I love slang, it's so inventive and descriptive and Faye uses it to good effect. I'm tempted to slip some into my own speech and starting dropping terms like 'dead rabbits' 'kinchin' and 'nacky'. There's a glossary included in Seven for a Secret so you won't be left out.