I’ve found it difficult to settle into a book the past week, I’ve started 4 or so but have abandoned them all. Not that any of them were bad books, I was just feeling restless and none of them were what I wanted.
Lionel Shriver’s BigBrother on the other hand was a novel I had no trouble getting into. 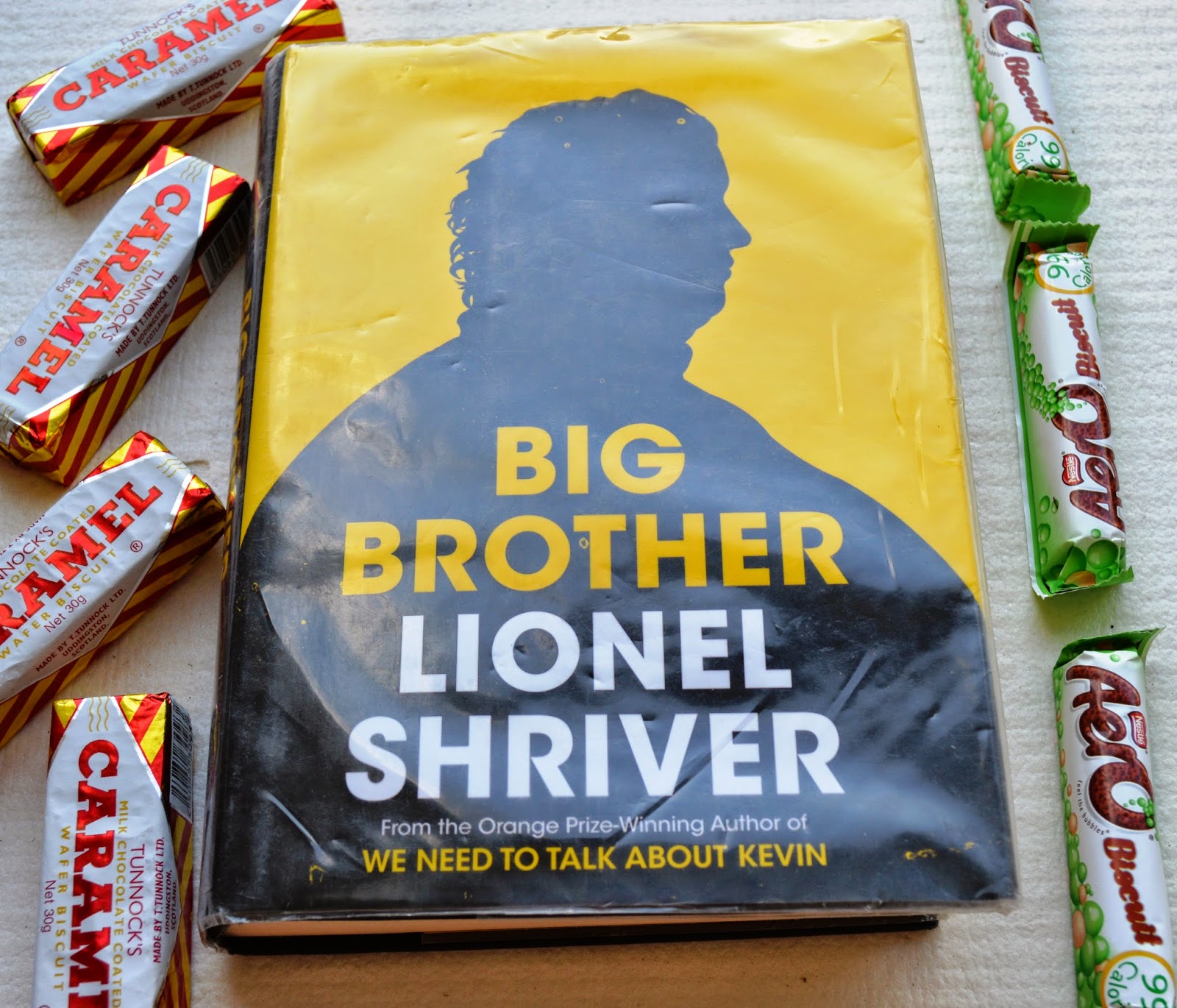 The Plot: When Pandora meets her brother at the airport after a four year absence, she is shocked to find Edison is now mortally obese. Edison’s appearance makes Pandora confront her own relationship with food, and her relationship with her sibling.
Rating: 4/5

Lionel Shriver is best known for We Need to Talk About Kevin, a darkly compelling novel but her previous novels lacked the same brilliance. Big Brother may not be as good as Kevin, but it does compare favourably.

Shriver has a knack for writing nasty characters, although Pandora does have some redeemable qualities, she is also selfish and the master of the humblebrag. The disgust she feels towards her overweight brother is vicious, but unfortunately also very believable.  Big Brother  did make me think about the way I view food and how over/underweight people are treated in society. Although obesity is a highly visible problem, it still remains a taboo subject in lots of ways, for example it would be incredibly difficult to tell a love one that they've got chubs.

Shriver is a brave writer, she tackled school shootings in We Need to Talk About Kevin and her discussion about fat in Big Brother is equally confrontational. She is a woman with strong opinions. I’ve read a number of interviews with her in which she talks about her own brother dying from obesity related complications and her own fear of gaining weight.  (there’s an interesting article interview here). I do think the boundaries between her own life and fiction do become blurred in this novel. I was left wondering how much of Big Brother was Shriver's own voice, a way to reshape, edit, and sort of do-over her relationship with her own brother. 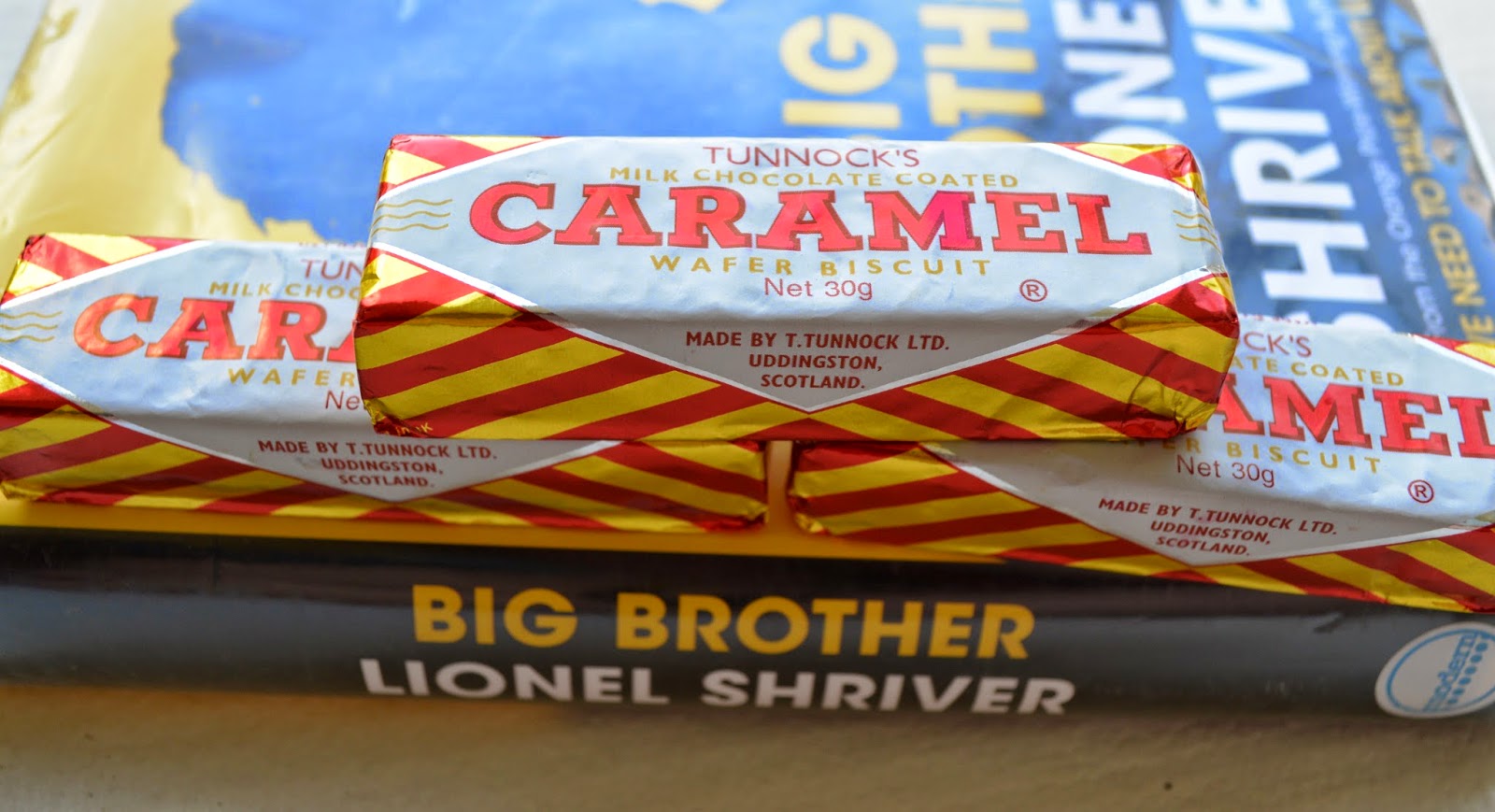 I often found the novel uncomfortable, but I think that's probably because it has a lot of truth in it. I think you'd be hard pressed nowadays to find a person that doesn't have a complex relationship with food. Eating goes hand in hand with feelings of guilt, pleasure, denial and self-hatred. Major holidays and personal milestones such as birthdays are celebrated with food. There are thousands of fad diets and surgical procedures that promise to make us thin. The media is obsessed with scrutinising celebrates bodies and size 0 is held up to be the ultimate is beauty. Films, tv and even government public serve adverts constantly remind us that fat = bad, thin = good. Big Brother consider all these issues, but ultimately preaches the refrain that obesity is a serious problem, Shriver has no truck with the fat-positive, self-love movement. At times I felt chastised and repulsed,  it's not coincidence that the day I read this I also ate a salad.

I would recommend Big Brother, it deserves four stars because of it's unflinching honesty, topical subject matter and complex, three dimensional characters. I would also put a huge caveat on my recommendation however, as I'm sure many readers will find the book unsettling.