The Silkworm is the second novel in a ongoing detective series written by Robert Galbraith (pseudonym for J.K Rowling). See my review of The Cuckoo's Calling for my thoughts on the first in the series.

The Plot: When the novelist Owen Quine goes missing, Cormoran Strike his hired by his wife to find him. At first, it seems Quine will be unearthed at a writers retreat or holed up with his mistress, but when his mutilated murdered body is found, Cormoran and the Met begin a murder hunt. In the frame are angry literary agents, publishers, fellow writers and lovers as all have been savaged in Quine's latest manuscript.

Rating: 4/5
full review under the cut:- (I'm going to try and avoid spoilers, as they really ruin a detective story)

Anyone who has read Harry Potter knows that J.K is an expert at writing tightly plotted novels, which is essential in detective fiction. Another similarities with HP is the use of ludicrous names, it reminds my of my older sister, who when when we were younger would always chose really obscure names from a well-thumbed baby name book when we were kids. Another J.K trope that I could do without is that the villains of the pieces are nearly always grotesquely unattractive, it would be nice if a character's personality wasn't written all over their face.

The advantages of this been the second novel, Cormoran and his assistant Robin are already established characters and  further developed here. They're dynamic is really good, no hint of a love-interest and Robin is really coming into her own as an investigator. Their awkward meal with Robin's fiancée was cringingly accurate. J.K really does have an eye for detail when it comes to writing about how people interact. 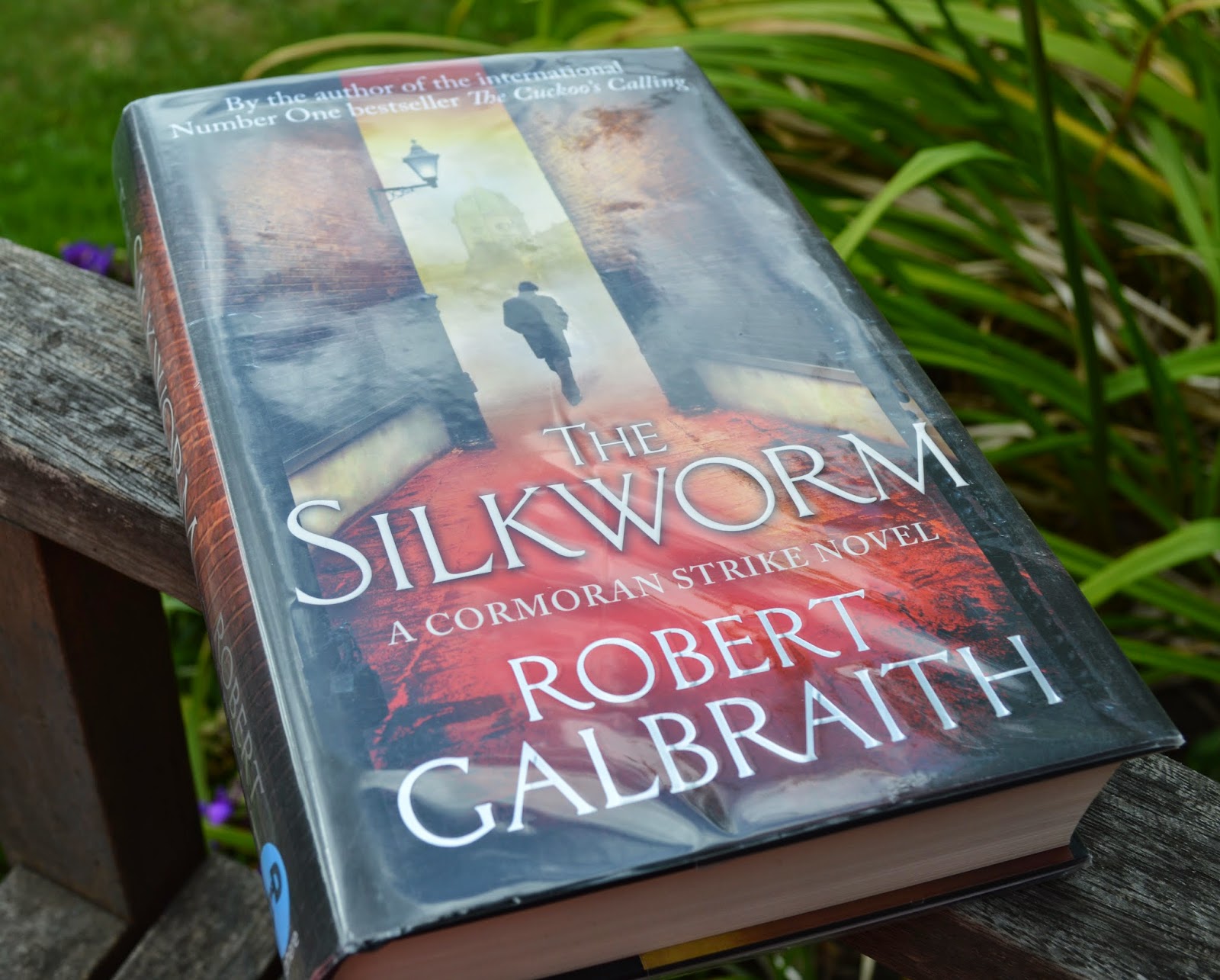 As the plot centres around a novelist there is a  few literary reference made to, Roman à Clef and Jacobean revenge plays being the most obvious, so if you're a literature student you might this of interest. The biggest weakness though if the novels of the deceased are really poor, this was obviously an essential aspect of the plot of The Silkworm but it didn't make reading the synopses any easier.

The suspense is kept throughout the novel, with just enough clues to make you keep changing your theory of who did the killing. I didn't guess the murderer, but was really pleased that I managed to suss out how some key evidence was disposed off.

It's a perfect book to take on your holiday, a grisly murder and cast of convincing suspects means you'll want to quickly race through to the big reveal.
Email ThisBlogThis!Share to TwitterShare to FacebookShare to Pinterest