Nathan Filer, The Shock of the Fall

Kindly lent to me by my older sister, The Shock of the Fall won the Costa Book of the year prize in 2013. Written by Nathan Filer, a former mental health nurse, the novel tackles some big issues, including grief, mental illness and guilt.

The Plot: Matthew's brother, Simon, dies whilst on a family holiday to Dorset. This tragic event has tragic and long reaching ramifications, as Matthew and his parents struggle to come to terms with their loss. Currently undergoing treatment for a metal disorder, Matthew reflects in a series of journal entries on his upbringing, his mental illness, Simon's death and his resulting guilt.

Full review under the cut:

I read The Shock of the Fall just over a week ago, and I must admit I'm struggling to remember it, which isn't a good sign really. For a book that tackles some contentious issues, such as NHS treatment of mental health, I obviously didn't find it very memorable. As well as winning the Costa award, The Shock of the Fall has been well received by critics, there's glowing praise quoted all of the cover, but to be honest I thought it was pretty average.

There are positives however. With Nathan Filer background, he is able to write about mental health with knowledge and authority, and Matthew come across as a fully developed character who's mental health issues are just one part of his personality rather than completely defining him. I think if people have suffered from mental illness, they may some comfort from this book, as they may relate to Mathews behaviour and situation. The novel is didactic, I did feel like I learnt something about schizophrenia and the problems people face accessing treatment. It is subtle, but clear that Filer feels that NHS services in regards to mental health is underfunded, for example the day centre Matthew attends is closed down. 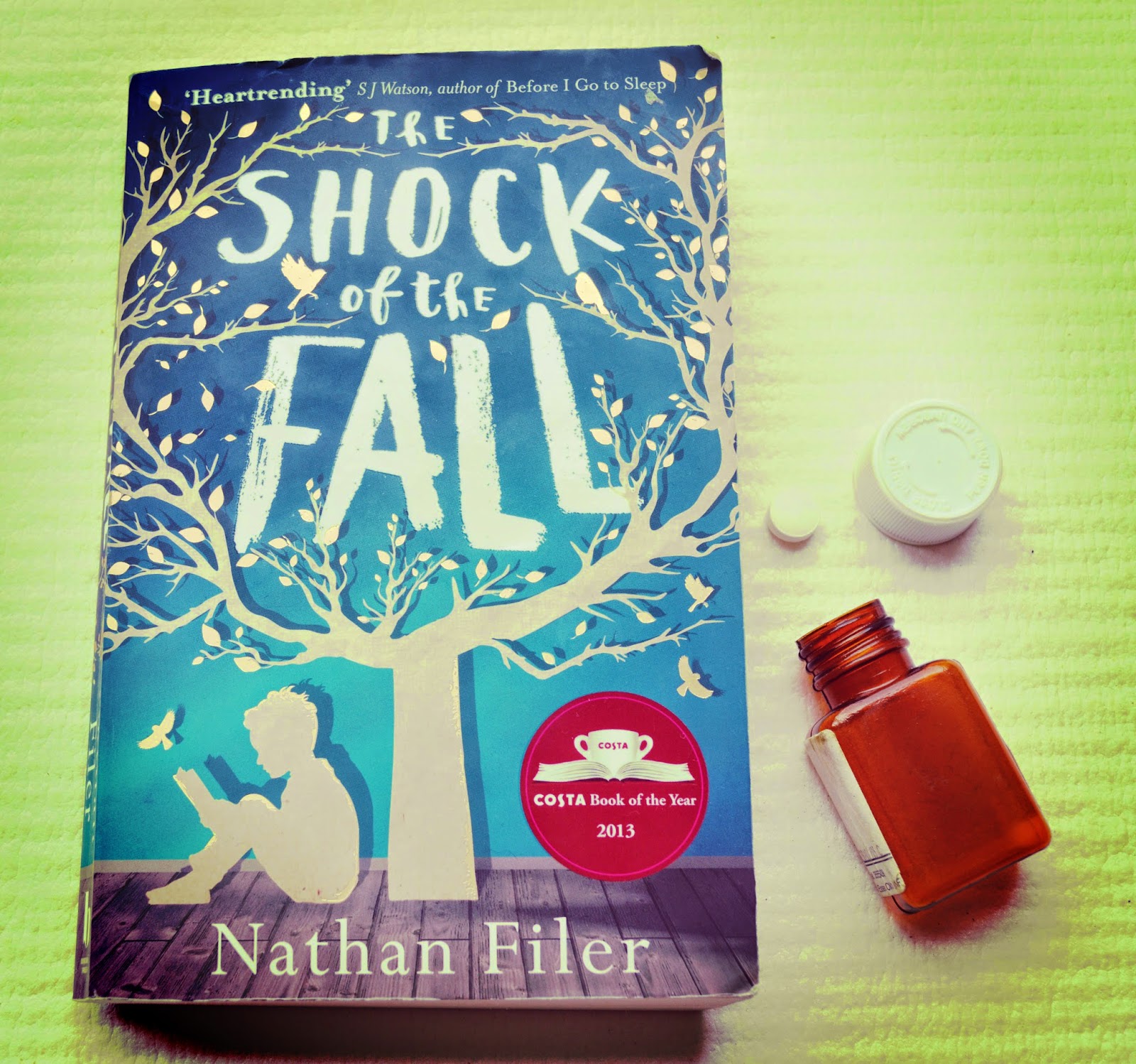 There is nothing wrong with the novel exactly, I just didn't feel an emotional pull towards the characters, I'm not sure why this was. Obviously with the death of a child, there is a lot of sadness in the book, but perhaps as it happened so early on I didn't feel connected. Filer tries to create suspense about the actual cause of death, it is hinted throughout that Matthew may have been responsible, but I felt this cheapened the novel somewhat. I think is would have been a stronger novel if it just focused on the families bereavement and loss without the sort mystery component.

Also I felt the random doodle didn't really add anything, it was like they were there to fill up space. I wonder if Filer was trying to go for a Kurt Vonnegut type of thing. They weren't really necessary, but I suppose this is a minor gripe really.

I know some people will adore The Shock of the Fall, it must have rave reviews for a reason, but for some reason I felt it was just meh.