I've blogged about my love of Margaret Atwood before (here and here), this month when I had nothing to read, I thought it would be a nice idea to re-visit one of her novels.

The Blind Assassin conjurers up some very pleasant memories for me, as I first read it when I was on holiday by myself in Cambodia. I spent a whole day moving from teashop to teashop, eating copious amounts of baked goods and reading this book, which I found in a second-hand bookshop whilst I was out there. 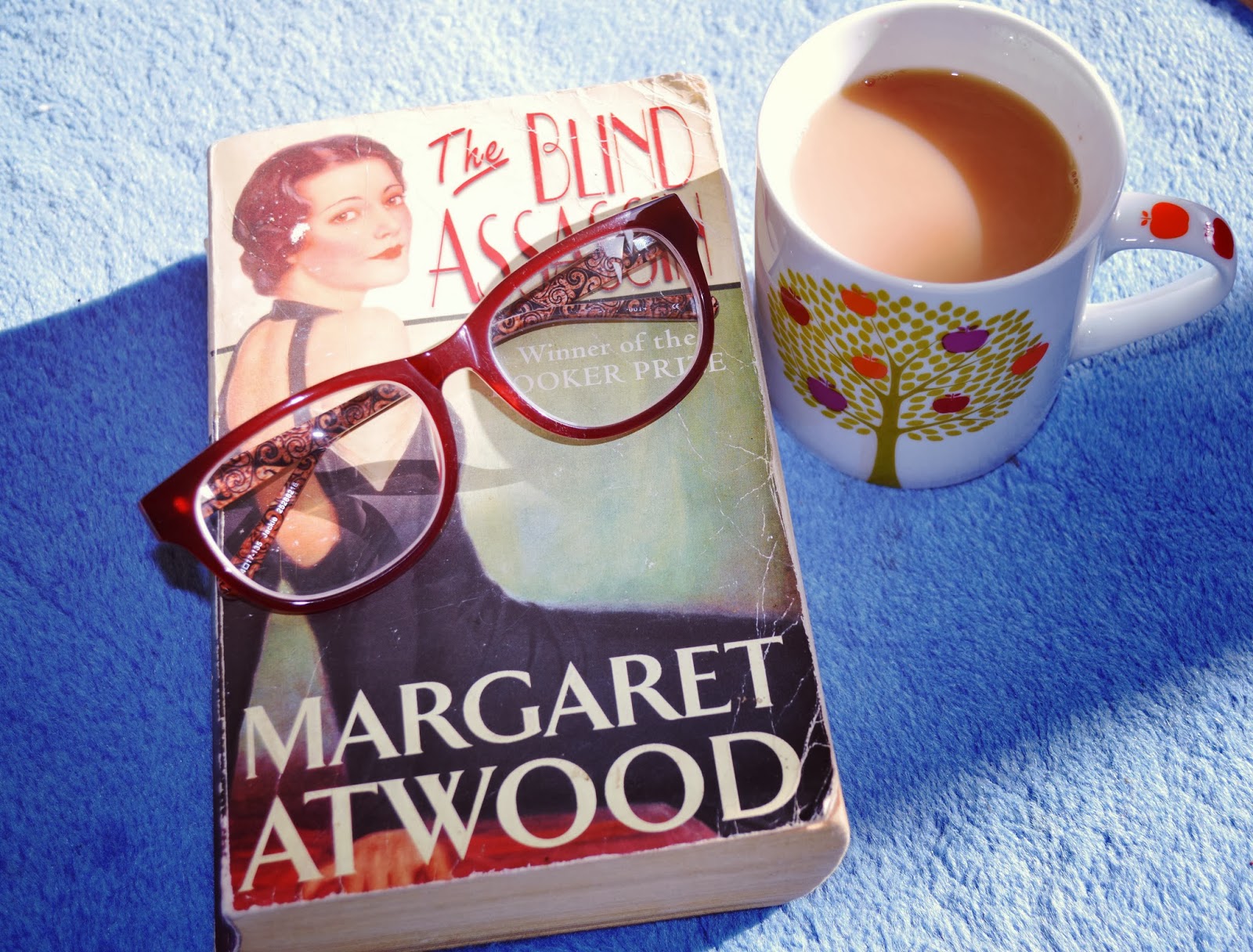 If I were to rank Atwood books I think this would come in about third, with The Year of the Flood and The Robber Bride taking first and second place. Ooooh or maybe fourth? I forgot The Handmaids Tale.

The Plot: Iris Chase, now an elderly woman in ill health, recounts her life and relationships; including her childhood growing up with her unusual sister Laura, her later unhappy marriage to a cruel businessman and her meeting with Alex Thomas, a charismatic political radical. Embedded within the story is a novel-within-a-novel, the tale of The Blind Assassin, published posthumously under Laura Chase's name.

The Blind Assassin is very quotable, as it is so well written, check my quotes from books tag from some snippets. Though the plot is relatively simple, her clever descriptions and the way she can turn a phrase elevates the novel. There is a kind of melancholy feeling throughout the book, which works well with the narrative and the fact that is narrated retrospectively.

The story-within-a-story is also entertaining, and would have been enjoyable to read as a standalone book. It also has the advantage of combing science-fiction (a genre that Atwood excels at) into the novel.

If you're an Atwood fan and are yet to read this novel, I'd bump it to the top of your list. Plus it's massive, so you get your moneys worth.