After watching the most recent Hunger Games film, (which is brilliant by the way) I wanted to go back and re-read the series, so I picked up the third instalment The Hunger Games: The Mockingjay. So far, the films are only up to the second book, so if you want to get ahead I recommend you get a crack on with the books.

Unusually, with The Hunger Games series, the films are just as good as the books.

I'm not really one for reading YA fiction (although I do like to periodically re-visit Harry Potter and think His Dark Materials is amazing) but The Hunger Games is, in my opinion, a successful crossover book that appeals to both adults and teenagers. If you're stumped for buying a book for ages 11+, I'd highly recommended this series. It has a strong female protagonist, and promotes the values of bravery, compassion and resilience. 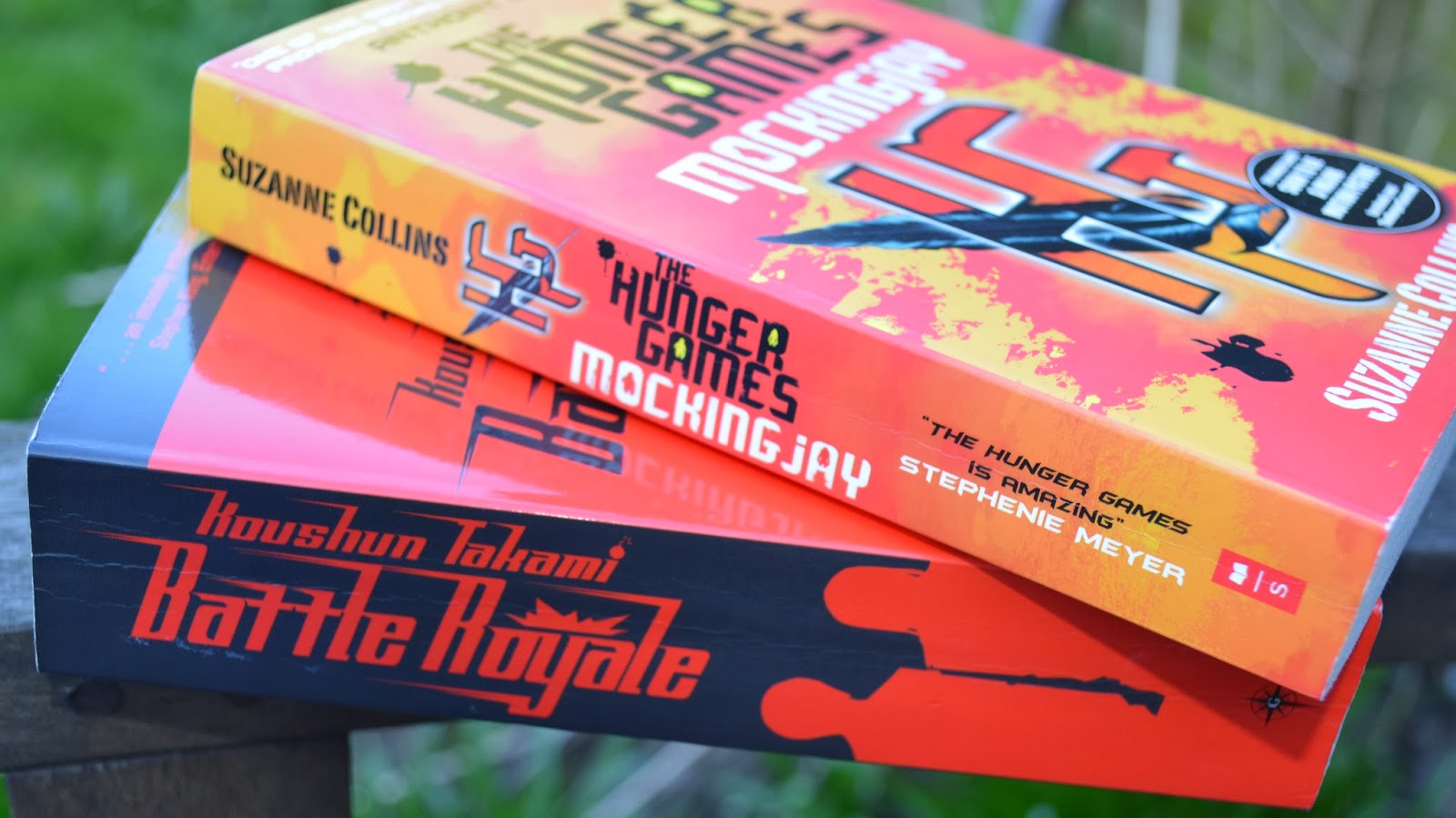 I don't want to give away to many spoilers so just a brief summery of the series:-
In a dystopian future, twenty-four tributes between the ages of twelve to eighteen are selected at random
to enter the annual Hunger Games, in which they must fight to the death until only one survives.

The Hunger Games: The Mockingjay is, I think, the weakest of the trilogy, as the action takes place outside of the Hunger Games arena. It is however, still a tense and enjoyable read and a satisfactory conclusion to the series.

As you may have noticed, I photographed Koushun Takami's Battle Royale alongside The Mockingjay, this is because Takami's novel is touted as the original Hunger Games. Published in 1999, Battle Royale, is about class of ninth-grade students who must fight to the death on a Island in dystopian Japan.

Personally, I preferred The Hunger Games series to Battle Royale for several reasons. As The Hunger Games is a trilogy the reader is able to establish more of an emotional connection with the characters and the world in which the novels takes place are more fleshed out. There is more justification given for why the games take place, so it seems more believable as speculative fiction.

With Battle Royale I kept getting lost with who everyone was, and as soon as I had started to know the characters they were dead. The children don't really come across as individuals, just as more deaths. Also I think one of the weakness of Battle Royale maybe the translation, the dialogue was clunky and the idioms were sometimes slightly off. I would still suggest you read Battle Royale however, especially as a comparison to The Hunger Games.

Which do you prefer Hunger Games or Battle Royale?

Although I've already said I'm not a big reader of YA fiction, I do quite fancy Patrick Ness' Chaos Walking series, has anyone read it?