I'm going to step away from the Christmas posts and show you some more (rather un-festive) pictures from my recent trip to the Imperial War Museum, London. 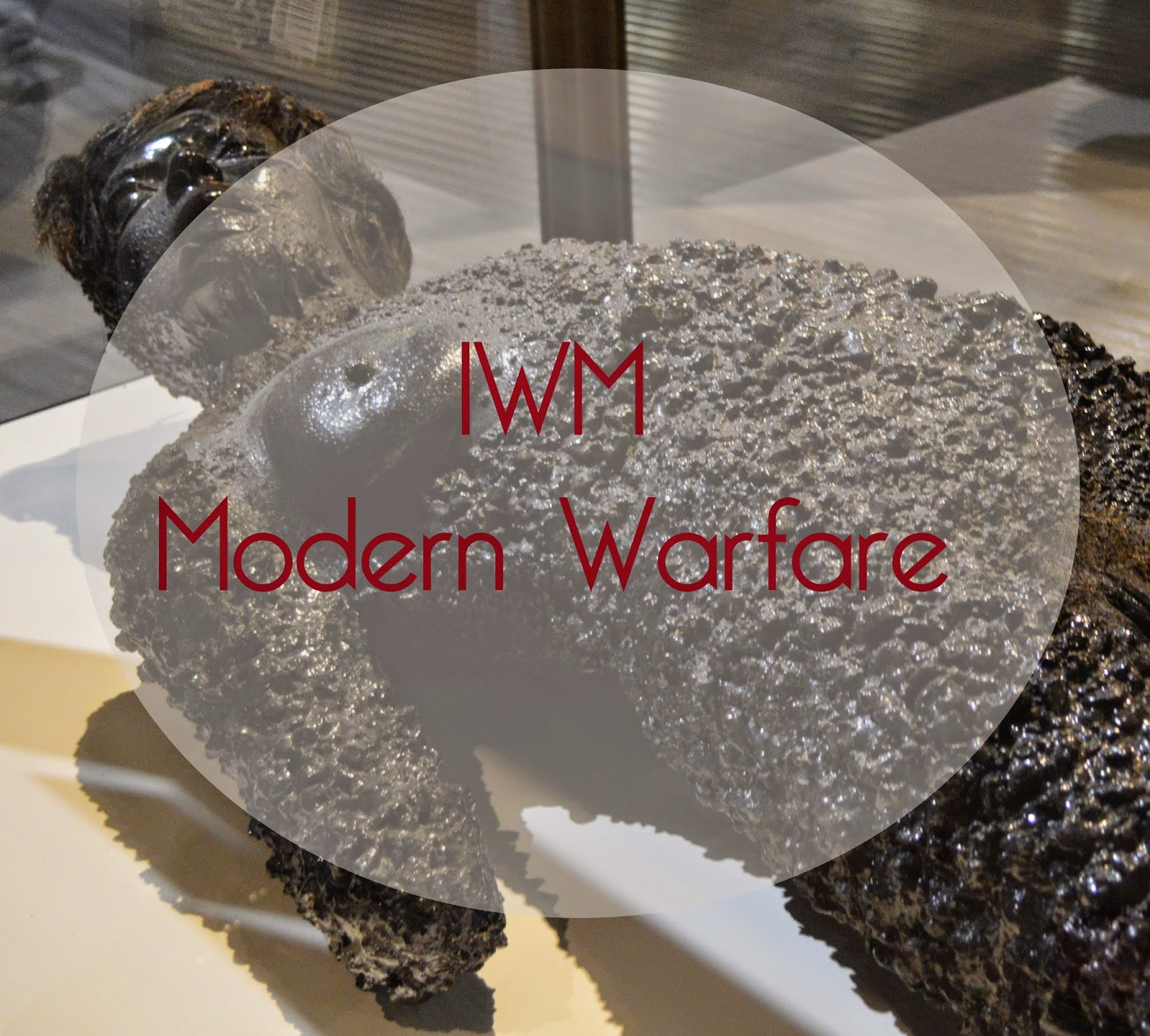 I've followed the floor plan of the museum and split my posts to reflect the different exhibition, these pictures are all from the modern warfare section:-

This car was destroyed in a suicide car bombing in Baghdad. The blast killed dozens of people. 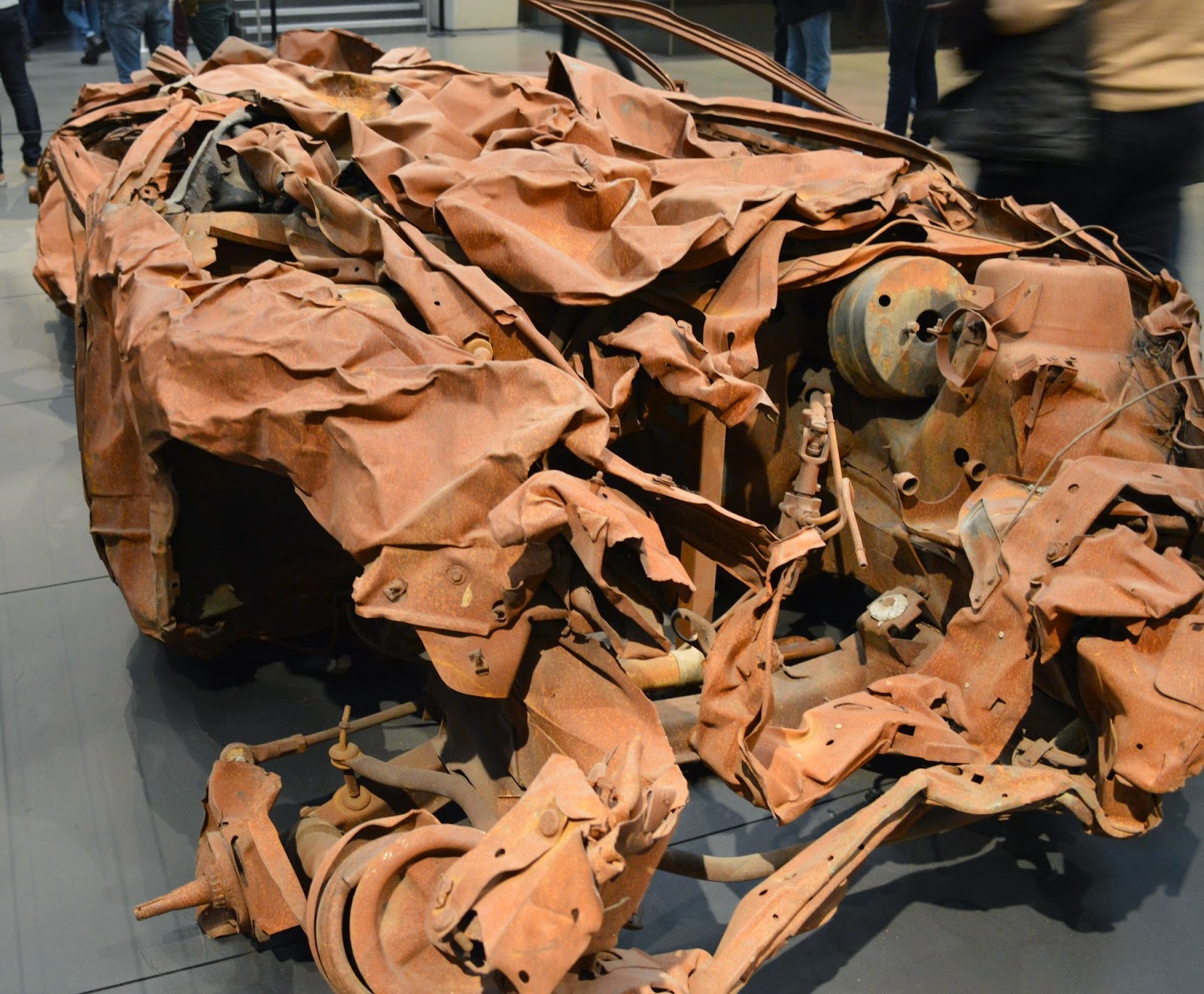 This sculpture was made to protest nuclear warfare. The fatalities after America dropped the H-bomb on Hiroshima and Nagaskai are impossible to calculate, but it is hundreds of thousands. The threat of nuclear war was at it's height during the cold war, with tensions between Russia and the United States.

This sculpture made me feel uncomfortable- which was no doubt the intention. 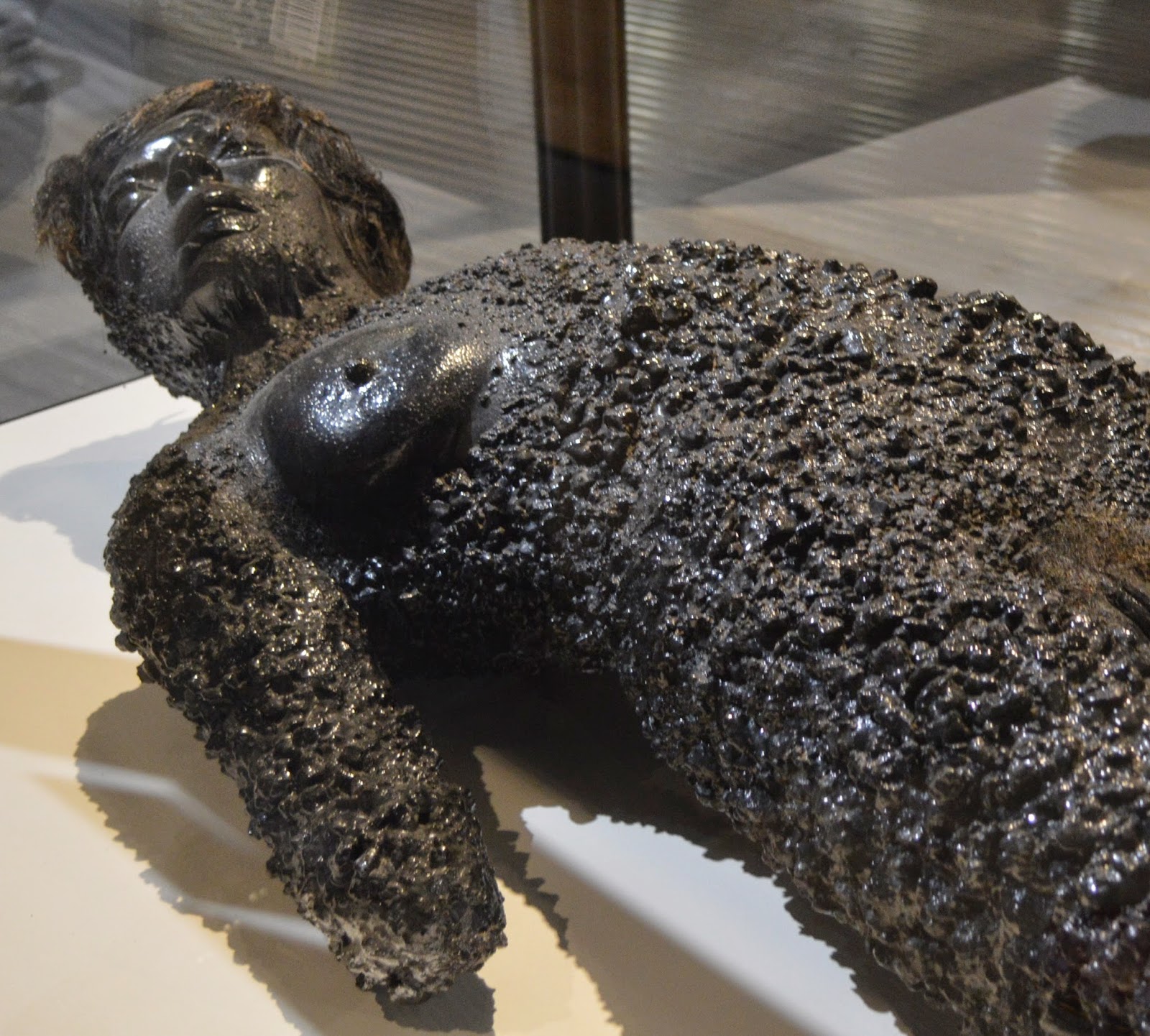 This sign is from Berlin. After the Second World War Germany was dived into east and west. Eastern Germany was controlled by Russia and America, Britain and France controlled the west.  The Berlin wall didn't come down until 1989, which is ridiculously recent. There is a piece of wall outside near the entrance of the museum. 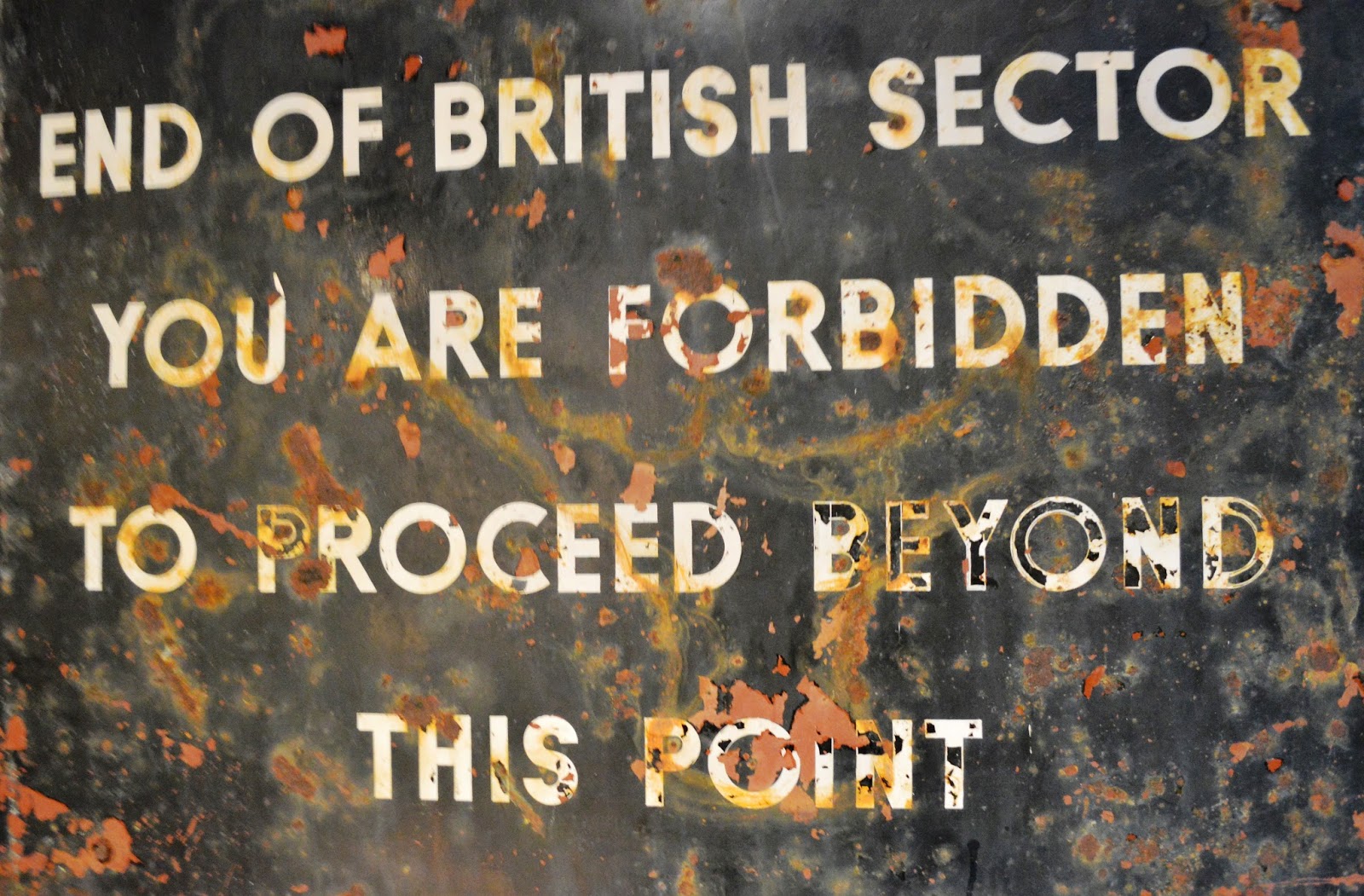 This egotistical and corny mosaic of Saddam Hussain was taken from one of his residences in Iraq. 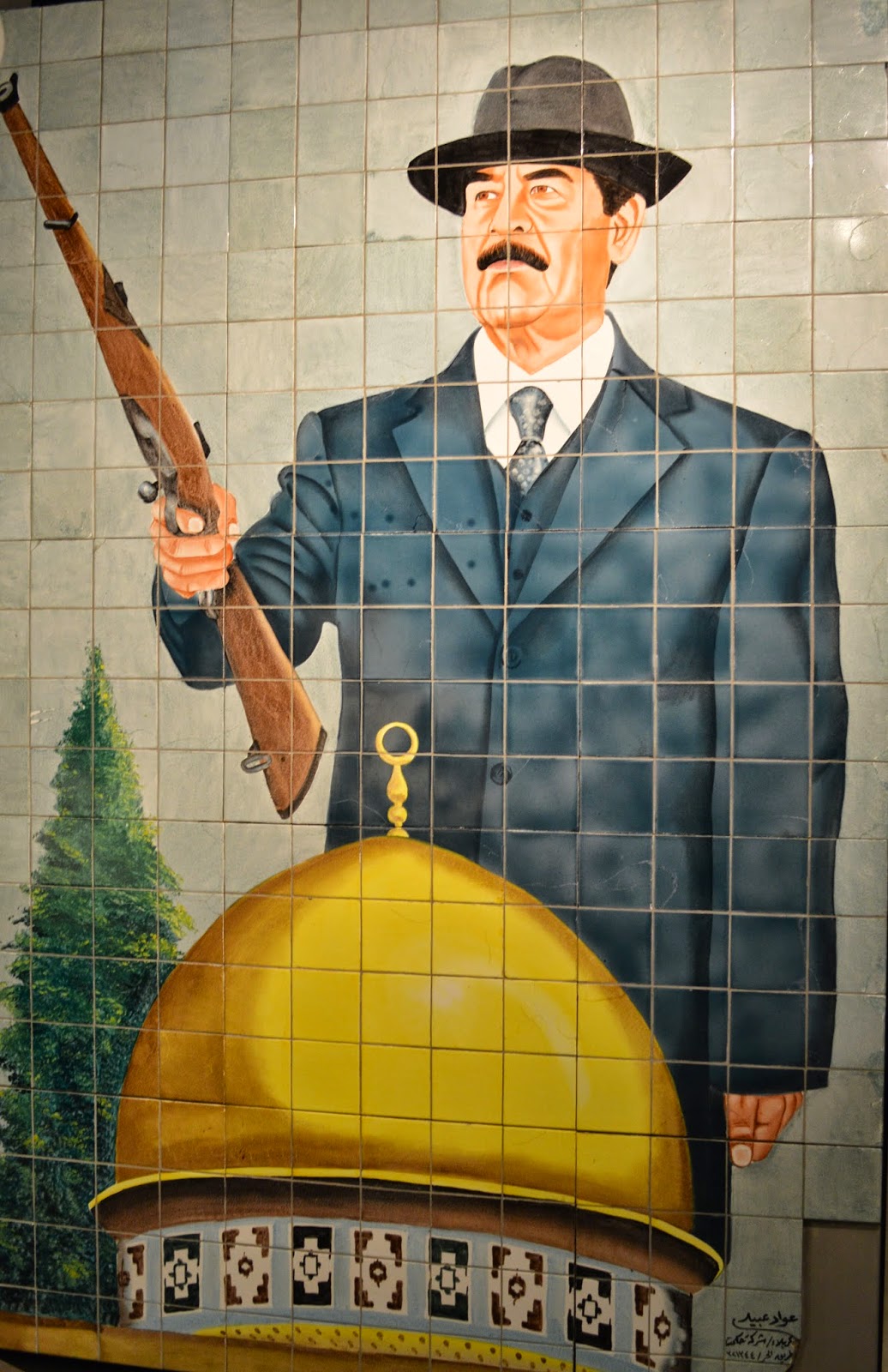 This window frame was lifted from the wreckage of the north tower of the world trade centre, which was destroyed during the terrorist attacks of 9/11.  I think everyone can remember where they were when this happened. I can clearly recall watching the towers collapse on television. They were a defining moment in recent history, that has had widespread consequences. 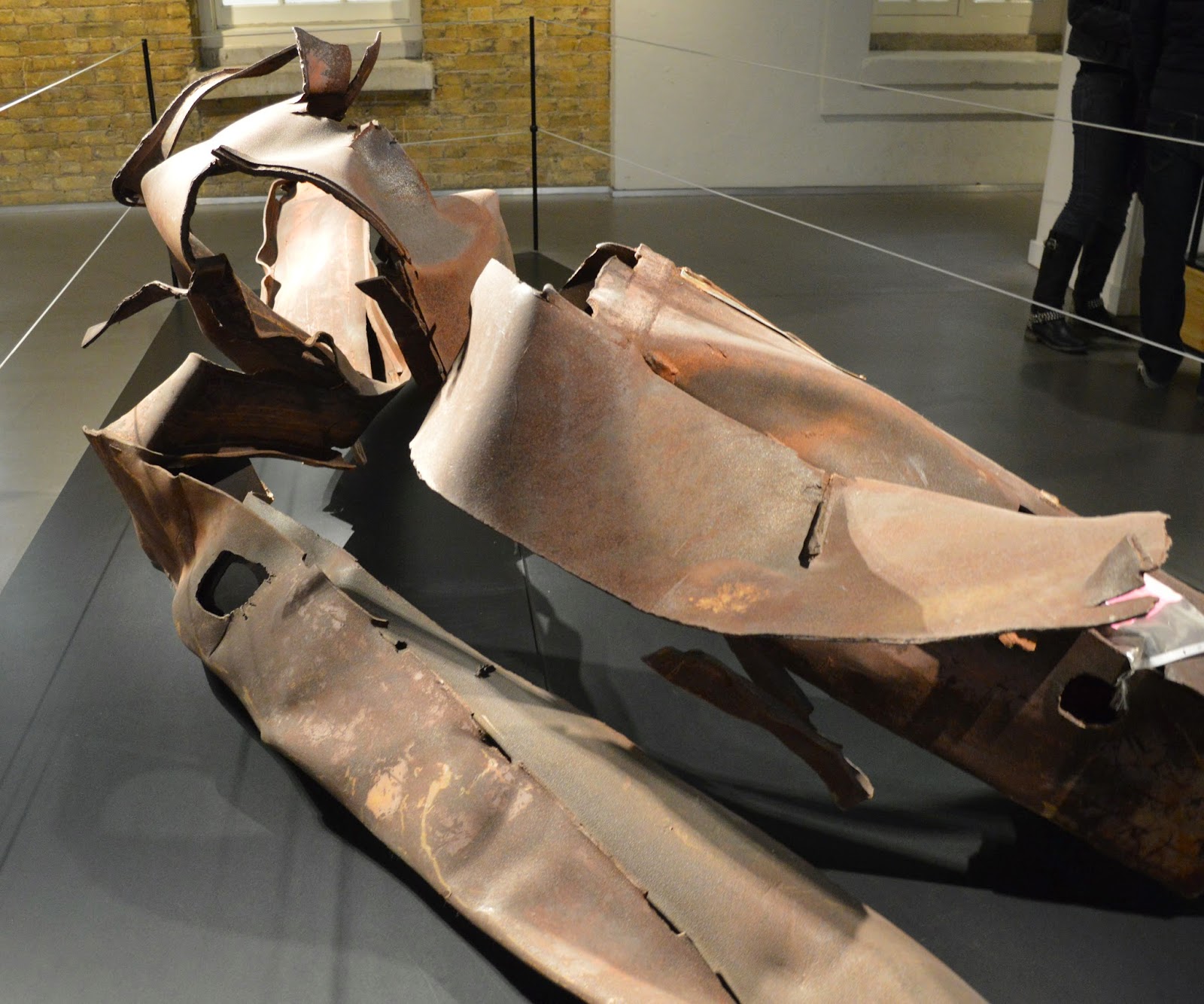 After 9/11 America and Britain invaded Afghanistan and Iraq, as part of the so-called War on Terror.  There was lots of protests and marches about this decision, this poster was made by the stop the war coalition, and shows the British Prime Minister of the time, Tony Blair. 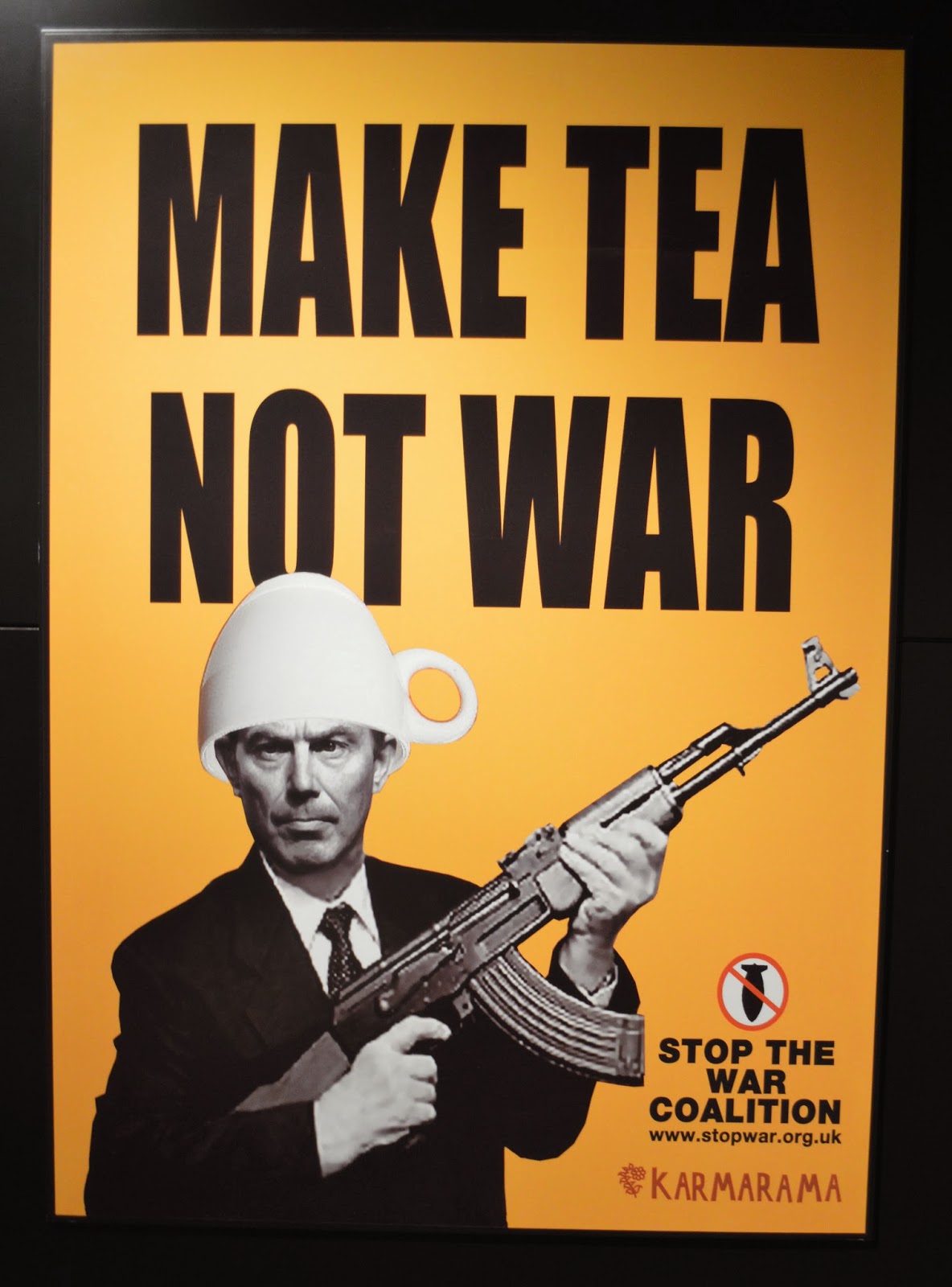 This suicide vest is from Iraq. It looks rudimentary but has devastating results. 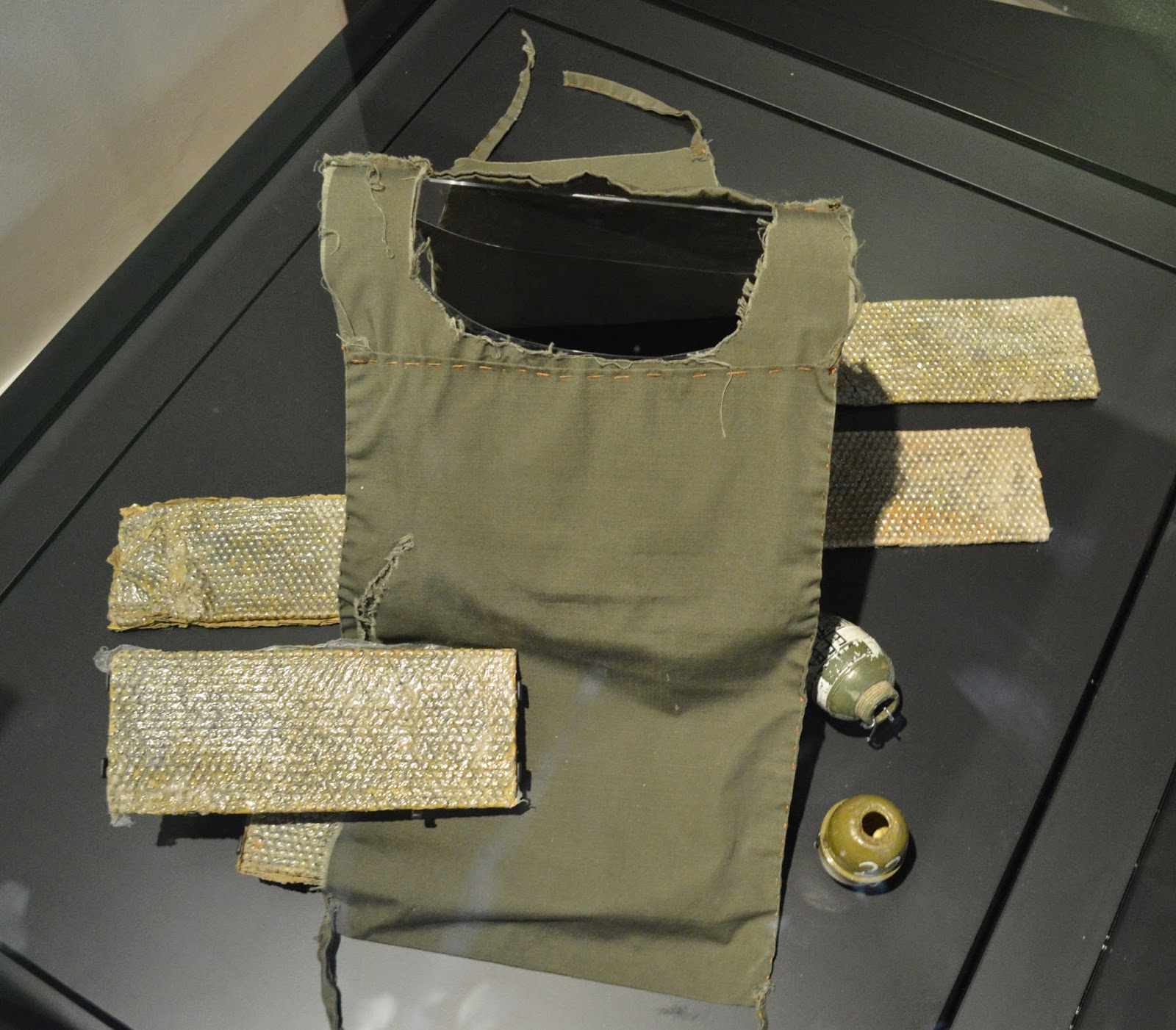 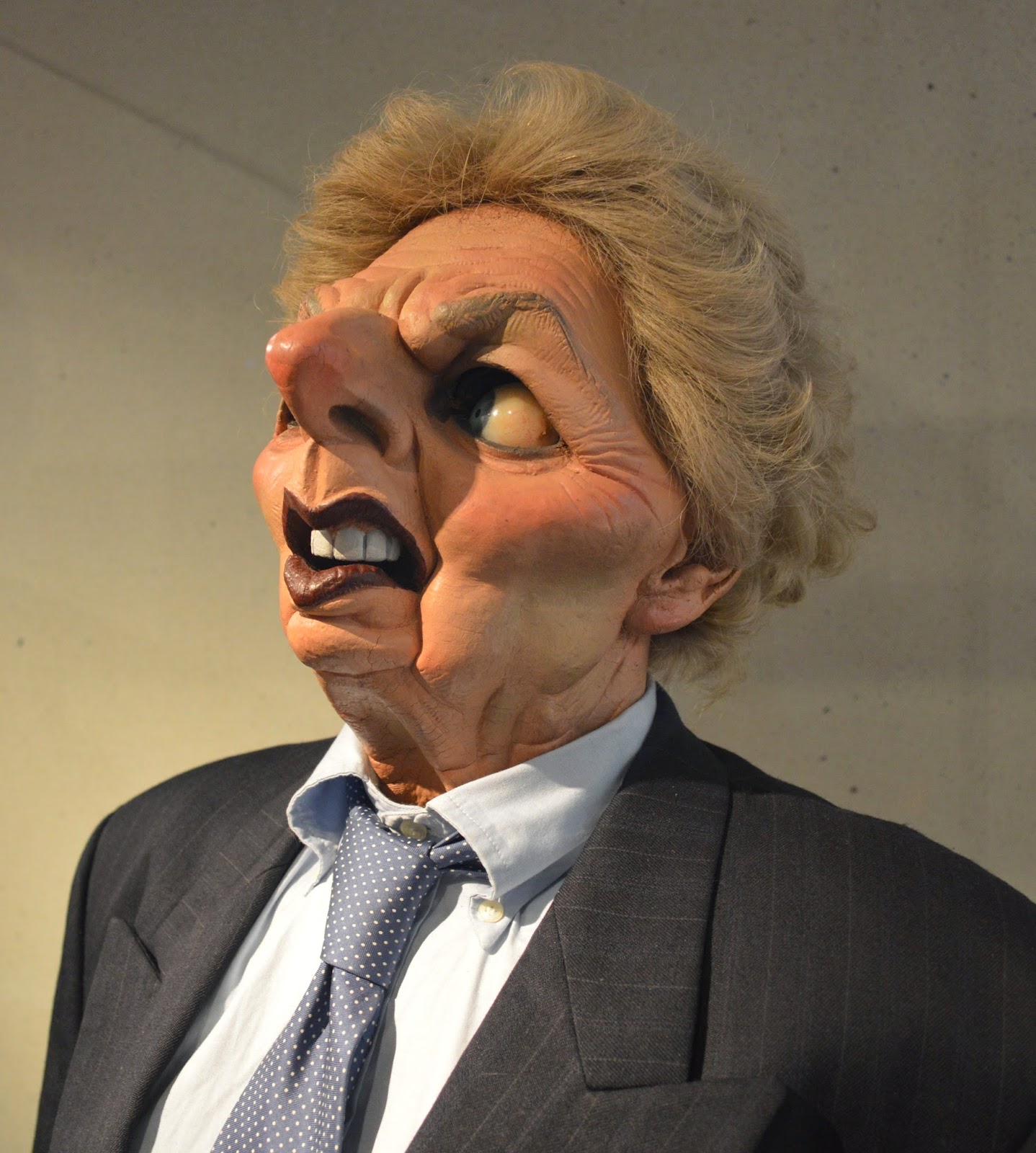 It's always weird seeing stuff in museums that represent events that have happened in my life time. I remember thinking when 9/11 happened that this would one day be taught in schools. I found the IWM exhibition on recent conflicts to be very powerful, it is horrendous to think we still haven't evolved enough to settle disputes in another manner. With the news that British troops will be returning to Iraq to fight Isis, a lot of these items in the IWM felt very poignant.
Email ThisBlogThis!Share to TwitterShare to FacebookShare to Pinterest
Labels: Afghanistan, Cold War, Iraq, modern, photo, photography, recent conflict, suicide bombing, terrorism, The Imperial War Museum, war, warfare