Karen Joy Fowler, We Are All Completely Beside Ourselves

Yay! I've managed to cross another Man Booker off my list, We Are All Completely Beside Ourselves.

Much has been said about the plot twist, and this review would seem incomplete if I didn't so BIG SPOILER WARNING. If you are planning to read this novel, avoid reading this (and any other) review, as I don't think it'll be half as effective or enjoyable reading it already knowing the twist. 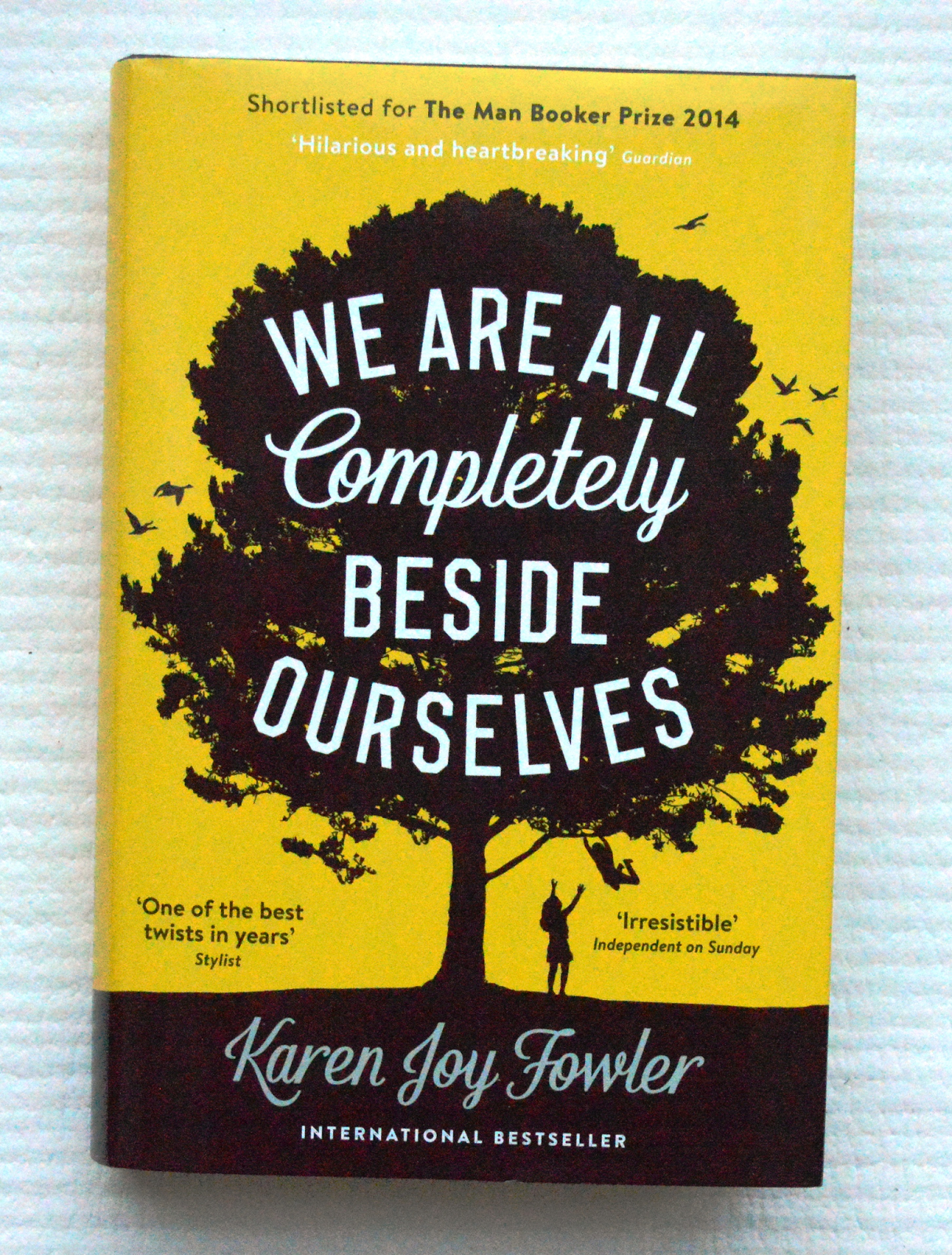 The Plot: Rosemary is unsociable and awkward, a legacy of her unusual upbringing. Rosemary's family life is dysfunctional. Her father, a psychologist, treated her and the rest of her family as a scientific experiment.
When Rosemary's sister, Fern, vanishes , she is left feeling guilty, although she is unable to remember her role in Fern disappearance, This event also has repercussion on the rest of the family. Her mother becomes unhinged and neglectful, her brother runs away and engages in criminal activity that brings him to the attention of the FBI.

Lets get things that irritated me out of the way first - Harlow. Manic-Pixie-Dream-Girl is one of my most hated tropes, in my 26 years of life, I have yet to meet a girl that is genuinely like that. Every time Harlow and her whimsical, rebellious ways made an appearance in this novel it made me frown. Luckily, she's not the star of this show, and I really wished she'd been edited out. Her interaction with Rosemary, didn't really add to the story, and their drinking and carry on with the ventriloquist dummy was an unwanted distraction. Harlow was unessential, the catalyst for the story could have easily been the loss of the mum's journals or the preference of Rosemary's brother.

Anyway, onto the big spoiler - Fern is a chimpanzee. 10 points if you guessed that before it was revealed in the book, because I totally didn't. When I first read it, I was so confused. My prediction was Fern had special needs, or a disability and was sent to a boarding school or residential care. Round of applause for Karen Joy Fowler for creating a genuinely original plot twist.


I think the big reveal happens around chapter 4. Which is clever really, as the emotional connection between Fern and her family is already established,  and the readers have greater understanding about the consequences of her removal from the household.

The ethics of the situation really are fascinating. It really made me think about the idea of 'personhood' - Fern is an animal, that has been treated as human, she has a clear bond with her adopted family, is intelligent and capable of showing love and distress. She is also strong, and potentially dangerous. It's nature vs nurture, she was nurtured as human, but her nature cannot be completely disregarded.

Many of the ethics of in the novel could be applicable to other situations, for example if a human sibling moved into residential care, it could cause a similar upheaval. I think I would have been just as interested in reading about this situation, as I was about this chimpanzee version.

We Are All Completely Beside Ourselves all explores animal rights, and the morality of ethics. All of it is sensitively done, and there is room for the reader to draw their own conclusions. Personally, I think it was cruel for Fern to be introduced to the family in the first place. Once she was removed she should have been taken to an animal sanctuary, and received regular visits from her human family.

I really enjoy this kind of novel, I like to be prompted into considering a situation, and explore my own hypothetical reactions. It would make a good read for a book group discussion.