Coincidently a friend at work lent me Mohsin Hamid's The Reluctant Fundamentalist just as the new film has been released. It's a slim book, so it wouldn't take you long to read, if you want to quickly race through before watching the film. 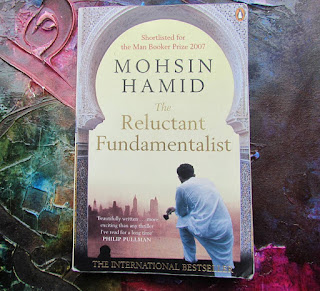 Plot: Over a single evening in Lahore, Changez narrates his story to a shadowy, hostile figure. He recounts his hopeful aspirations on graduating from Princeton, his budding romance with an American girl and his gradual disenchantment and rejection of the Western values and corporate success.

I really enjoyed the The Reluctant Fundamentalist. It was more subtle and complex than I had expected. Post 9/11 there has been a plethora on books and films, demonising Islam and before I read this, I did think it would be another one dimensional story about jihadism. However, Changez disillusionment with the American dream and his later involvement with politics in Pakistan seems realistic. His values and direction develops gradually, and are a reaction to personal events and international political policies.

Mohsin Hamid is clever in his use of the terms 'fundamental' and 'fundamentalist'. Changez is a fundamentalist when he is employed for a company that evaluates the worth of other business. He is concerned with the fundamentals of the corporate world, saving costs and maximising profit, without considering the impact that redundancies have on people. Fundamentalism, has connotations with Islam extremists and I thought Hamid's application of the word to dubious business practice was inspired.

I found The Reluctant Fundamentalist compelling and I would definitely suggest you give it a go. I'm unsure of how the novel will adapt to the big screen, but I'm interested to find out. Has anyone seen it yet? Or have you read the book? 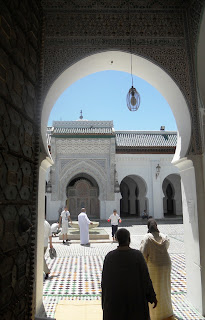