I picked up Baba Yaga Laid an Egg as I have gradually been making my way through the canongate myth series. Canongate have commissioned popular and critically acclaimed authors to retell myths from all over the world.
My knowledge of Slavic folktales is pretty limited, though I am familiar with the folk villain/heroine Baba Yaga. Baba Yaga is an elderly female witch who lives in a hut that stands on chicken's legs. She flies through the air using a mortar and pestle. Baba Yaga is usually the malefactor of the story and often attempts to eat the hero/heroine, but occasionally she helps the hero/heroine on their quest.


The Plot: Baba Yaga Laid an Egg is divided into three sections ( the number three been a common motif in  fairytales). The first tells the story of the relationship between the author and her mother. The mother is suffering from aphasia and dementia, and has become difficult. The author has her own troubles, a clingy fan and a dissatisfying trip to Bulgaria. The second, and longest story, concerns a trio of octogenarians who are on the holiday of a lifetime at a spa. Kukla, thrice widowed has given up on men, Beba is incredibly financially lucky but estranged from her son and Pupa a cantankerous woman, who once fought as a partisan and now spends her time with her legs in a giant fur boot,  waiting to die. The third segment is a faux-academic and feminist tirade examining how the previous stories relate to the cannon of Baba Yaga myths. 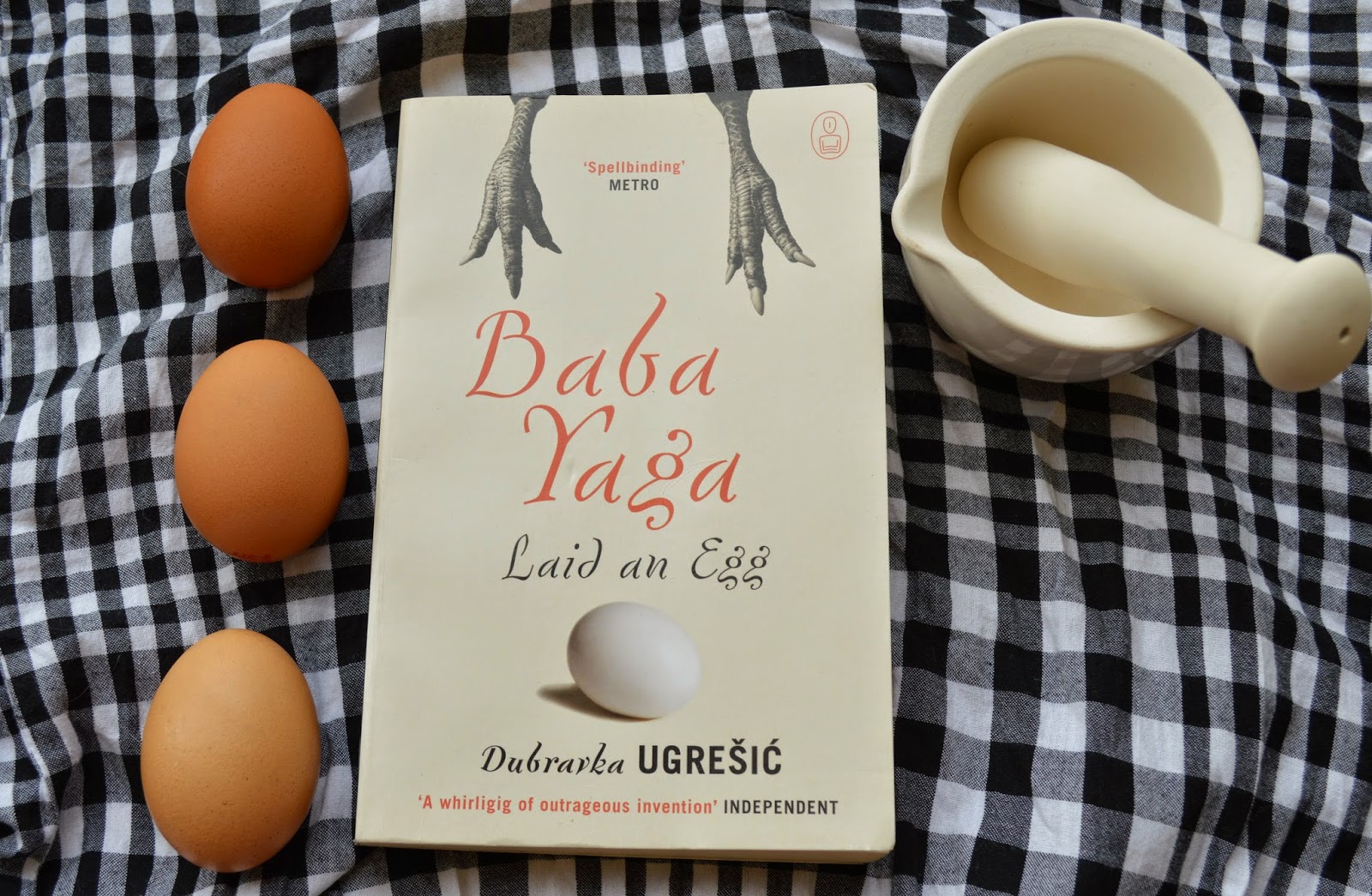 All three stories are connected by themes of femininity, friendship, legacy and ageing. The first and second stories reflect on what it is like to be an ageing woman, to become invisible and forgotten by wider society. This subject doesn't make Baba Yaga a depressing book though, there is plenty of humour. The octogenarians have a mischievous sense of humour, and the staff and other guests at the spa also have comedic value, for instance there is a masseur with a permanent erection.

There is also a very funny description involving Pupa and a teletubies swimming costume. The elderly woman in the book are funny, without been ridiculed. The mother's aphasia, makes her substitute inappropriate words when she can't remember the correct one, and whilst this is amusing the frustration and sadness of a failing memory is also shown. 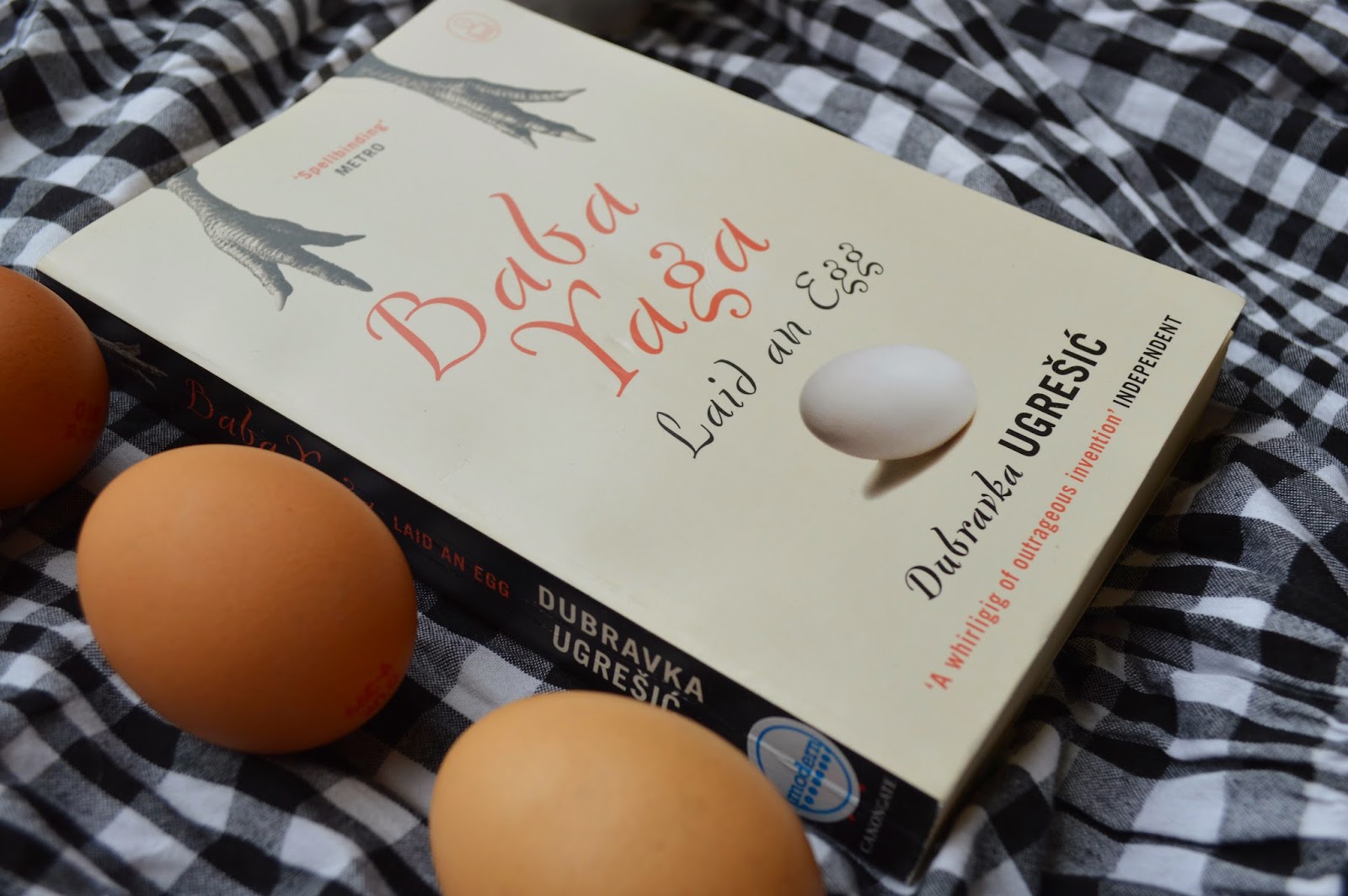 Weight and Ragnork are two other Canongate myths I've reviewed on this blog, Baba Yaga Laid an Egg is a distinctive member of the series. Unlike Weight and Ragnork, Dubravka Ugresic doesn't simply retell the story of Baba Yaga, but instead she creates new, contemporary stories influenced by folktales. Without the analysis at the end of the book, I wouldn't have recognised all the nuances and Baba Yaga influences in the text.

The first two stories could stand alone, but the third ties them both together and explicitly links these modern Baba Yagas with their folktale heritage. I learnt a lot from the final section about the importance and origins of Baba Yaga, so I would strongly recommend this novel if you have a interest in mythology. I'd also recommend Baba Yaga Laid an Egg to people who enjoy stories about mother/daughter relationships.

There was also something about the tone of the novel that reminded my of A Short History of Tractors in the Ukraine by Marina Lewycka, perhaps because both authors are Eastern European. Both share a similar humour, and characters are a vibrant mix of whimsical and unyieldingly practical.